Accessibility links
North Korea Says It Shot Rockets Not Missiles In Recent Weapons Test Pyongyang said the new multiple rocket system would cause "inescapable distress" to enemy forces. The test on Wednesday was first thought to be of a short-range ballistic missile. 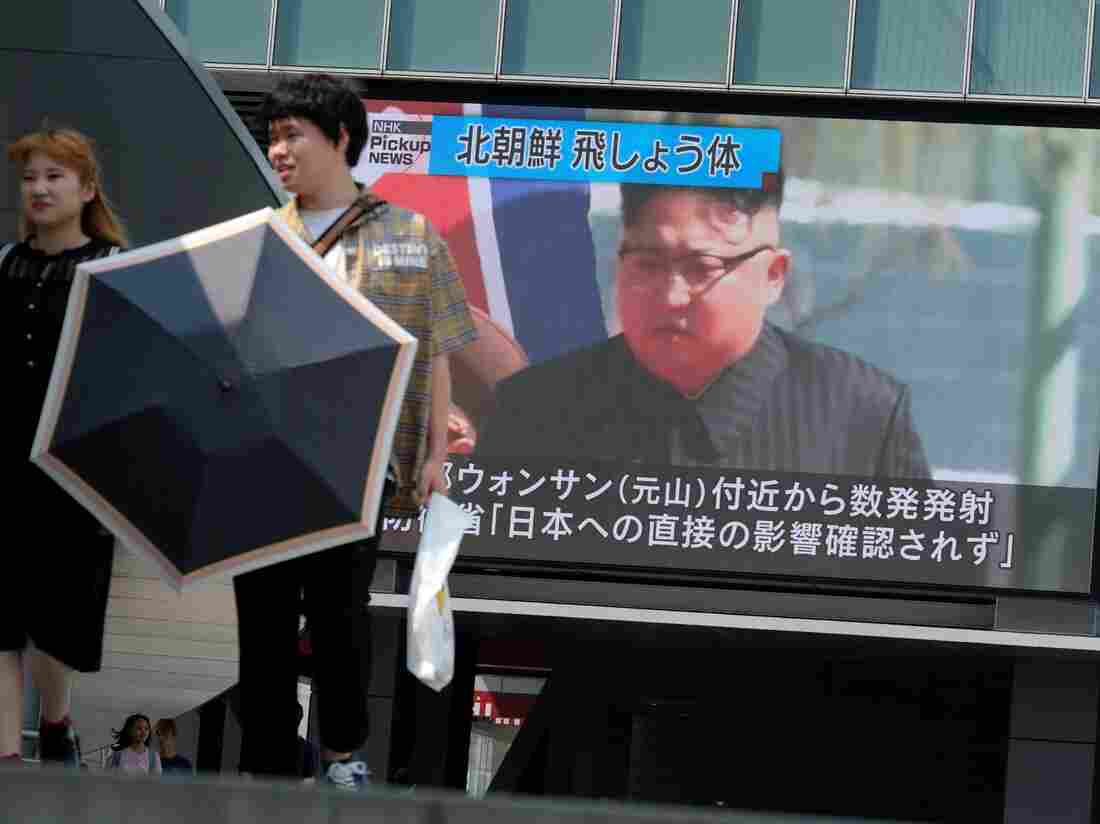 Pedestrians walk past a screen in Tokyo reporting about North Korea's test firing of a rocket system off the coast of North Korea on Wednesday. Kazuhiro Nogi/AFP/Getty Images hide caption 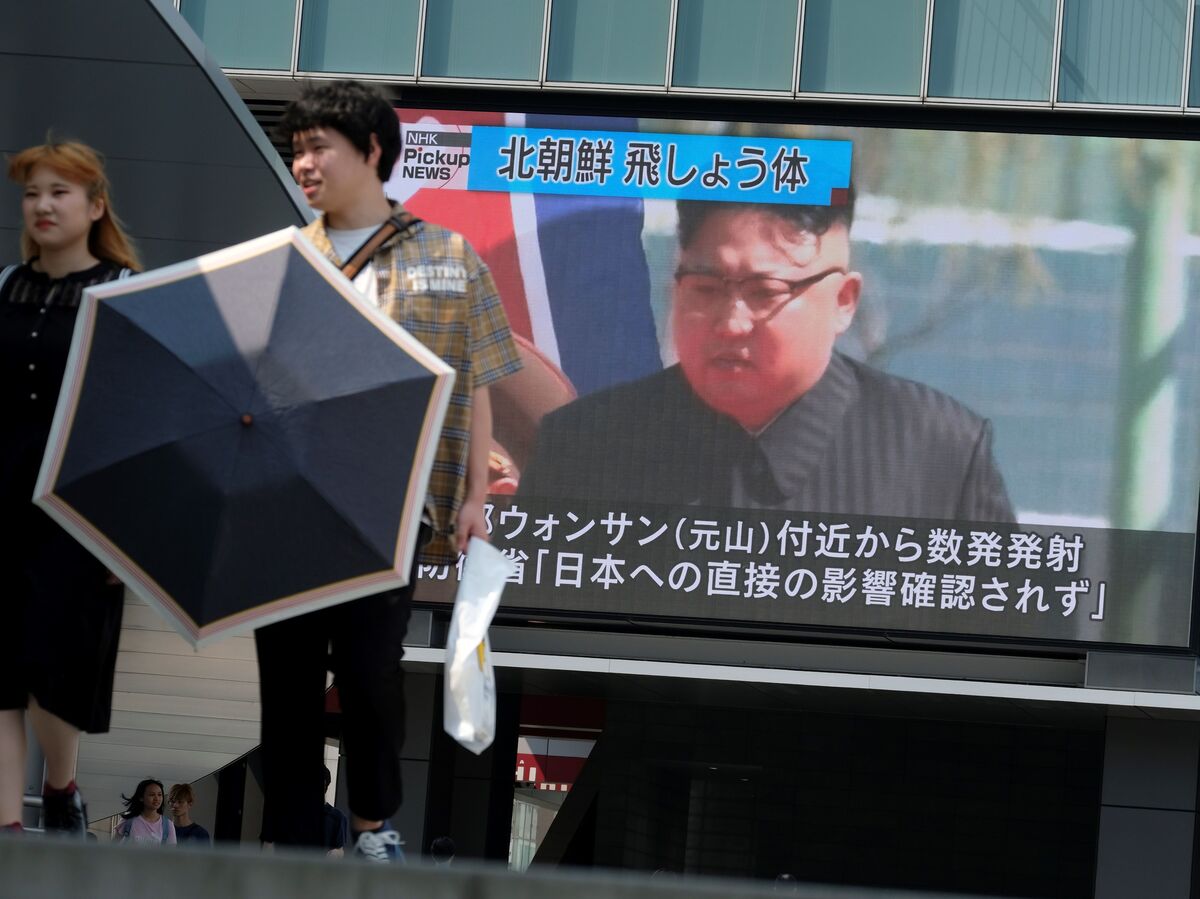 Pedestrians walk past a screen in Tokyo reporting about North Korea's test firing of a rocket system off the coast of North Korea on Wednesday.

North Korea says that a test-firing it conducted this week was of a battlefield weapon new to its arsenal, contradicting a South Korean assessment that the launch on Wednesday was of a pair of previously known short-range ballistic missiles.

The test "scientifically confirmed that the tactical data and technical characteristics" of the new system had "reached the numerical values of its design, and verified the combat effectiveness of the overall system," KCNA said.

Kim was quoted as saying the rocket system would play a "main role" in North Korea's land combat operations and cause "inescapable distress to the forces becoming a fat target of the weapon."

According to South Korea's Yonhap news agency, "The KCNA did not mention any country as its potential target, but the report appears to be referring to Seoul, which is apparently within the range of the weapon."

It was the second such test in less than a week and given the nature of the weapon North Korea claims to have fired, it is likely meant to show anger over plans for U.S.-South Korea joint military exercises this month.

Meanwhile, Secretary of State Mike Pompeo on Wednesday expressed hope that stalled talks between the U.S. and North Korea aimed at lifting international sanctions on Pyongyang in exchange for denuclearization would soon resume.

Last week, Pyongyang fired two ballistic missiles, believed to be short-range KN-23s, into the waters separating the Koreas from Japan.

The soldier was detected with thermal imaging equipment shortly before midnight Wednesday near the Imjin River along South Korea's northwest border sector, the military said.

South Korea's military said it had taken the defector "into custody in accordance with due protocol," Yonhap reported.

"The man is an active-duty soldier, and he expressed his desire to defect to the South. Related procedures are underway," a JCS officer was quoted by the news agency as saying.