Accessibility links
Trump Speaks With Putin About Siberian Forest Fires The two leaders spoke by phone Wednesday. The Kremlin said Putin "regards the US President's offer as a sign that it is possible that full-scale bilateral relations will be restored in the future." 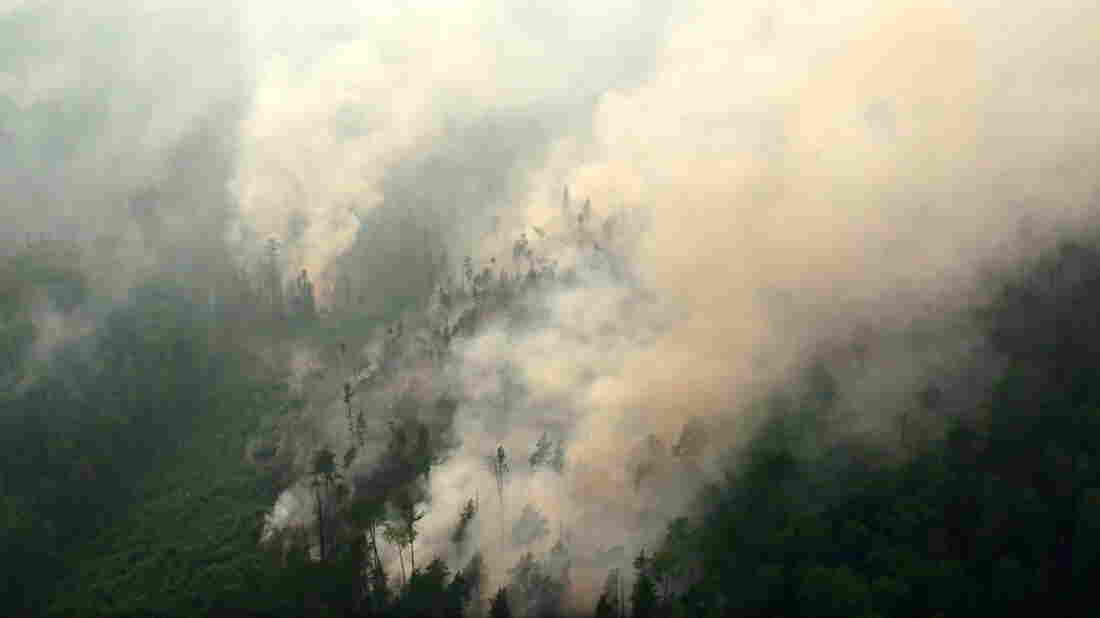 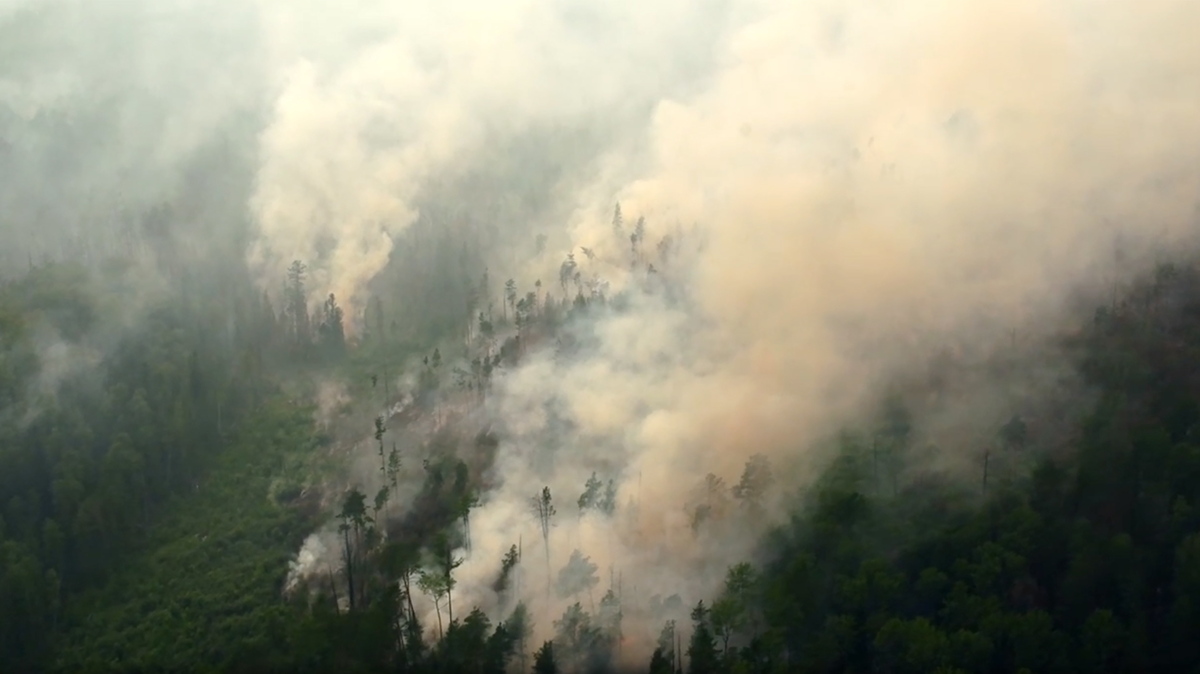 An aerial view of a forest fire in Russia's Krasnoyarsk Territory.

President Trump spoke with President Vladimir Putin on Wednesday and offered U.S. help in fighting widespread forest fires raging in parts of Siberia, according to a Kremlin account of the call.

Putin, in response, expressed his "sincere gratitude" to Trump and said that if necessary, he will accept the offer, the Kremlin said on its website.

"The President of Russia regards the US President's offer as a sign that it is possible that full-scale bilateral relations will be restored in the future," the statement from the Kremlin read.

"The presidents of Russia and the United States agreed to continue contacts both in a telephone format and in person," it added.

However, the two countries differed somewhat in their interpretations of the call.

As NPR's Tamara Keith reports, "Russia announced the call first, saying President Trump offered Putin assistance fighting wildfires in Siberia. ... Putin assessed the offer as a sign that relations between the two countries would be fully restored. Russia interfered in the 2016 presidential election, and is still under U.S. sanctions."

A few hours later, the White House said Trump "expressed concern over the vast wildfires afflicting Siberia" and that the two leaders "also discussed trade between the two countries."

In recent days, wildfires have scorched parts of Siberia, creating an "ecological catastrophe," according to Greenpeace Russia. The fires have produced 4 million square kilometers of smoke, covering large Siberian cities with a "toxic haze," Greenpeace tweeted.

Relations between the two countries have deteriorated over the years, particularly after Russia annexed Ukraine's Crimean Peninsula in 2014 and amid Russian interference in the 2016 presidential election.

The call between Trump and Putin comes just days before Friday's expected U.S. withdrawal from the 1987 Intermediate-Range Nuclear Forces (INF) Treaty with Russia.