Accessibility links
Ohio Police Officers In Stormy Daniels Arrest Face Disciplinary Action The officers include a police commander, a lieutenant, a sergeant and two of the officers who arrested Stephanie Clifford — better known as Stormy Daniels — last summer in Columbus. 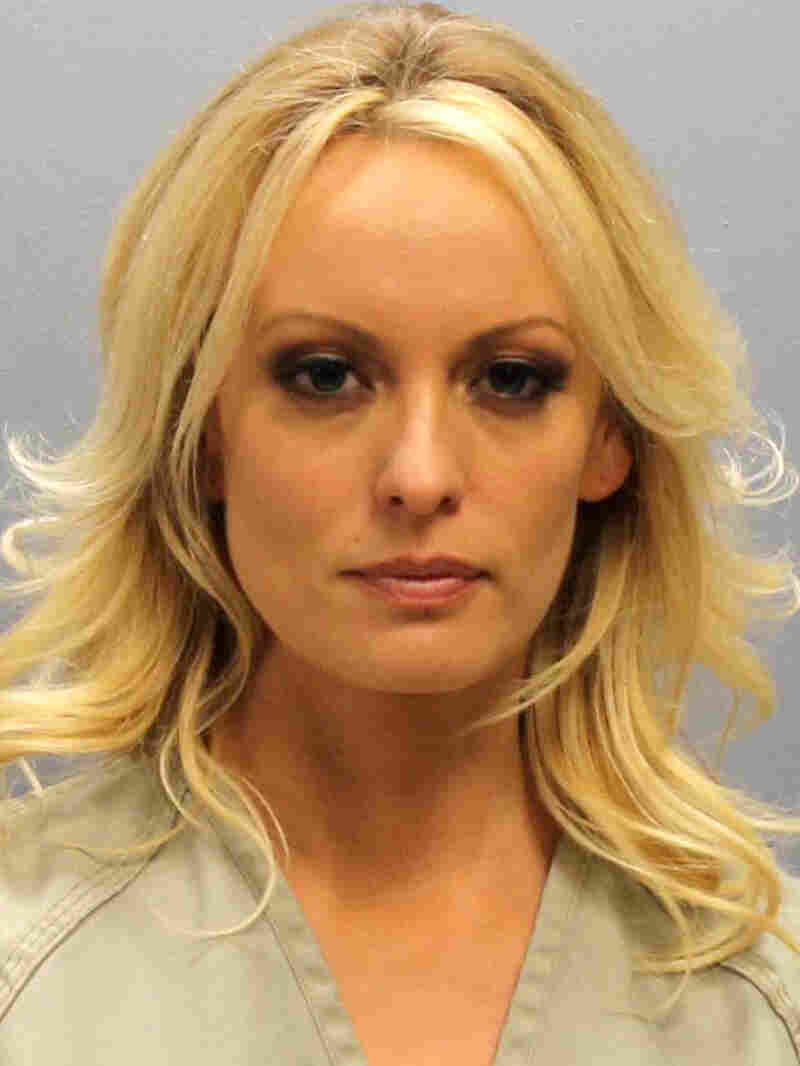 One year after Stephanie Clifford, who is better known as Stormy Daniels, was arrested in Columbus, five police officers are facing disciplinary action over the incident. Franklin County Sheriff's Office/Getty Images hide caption 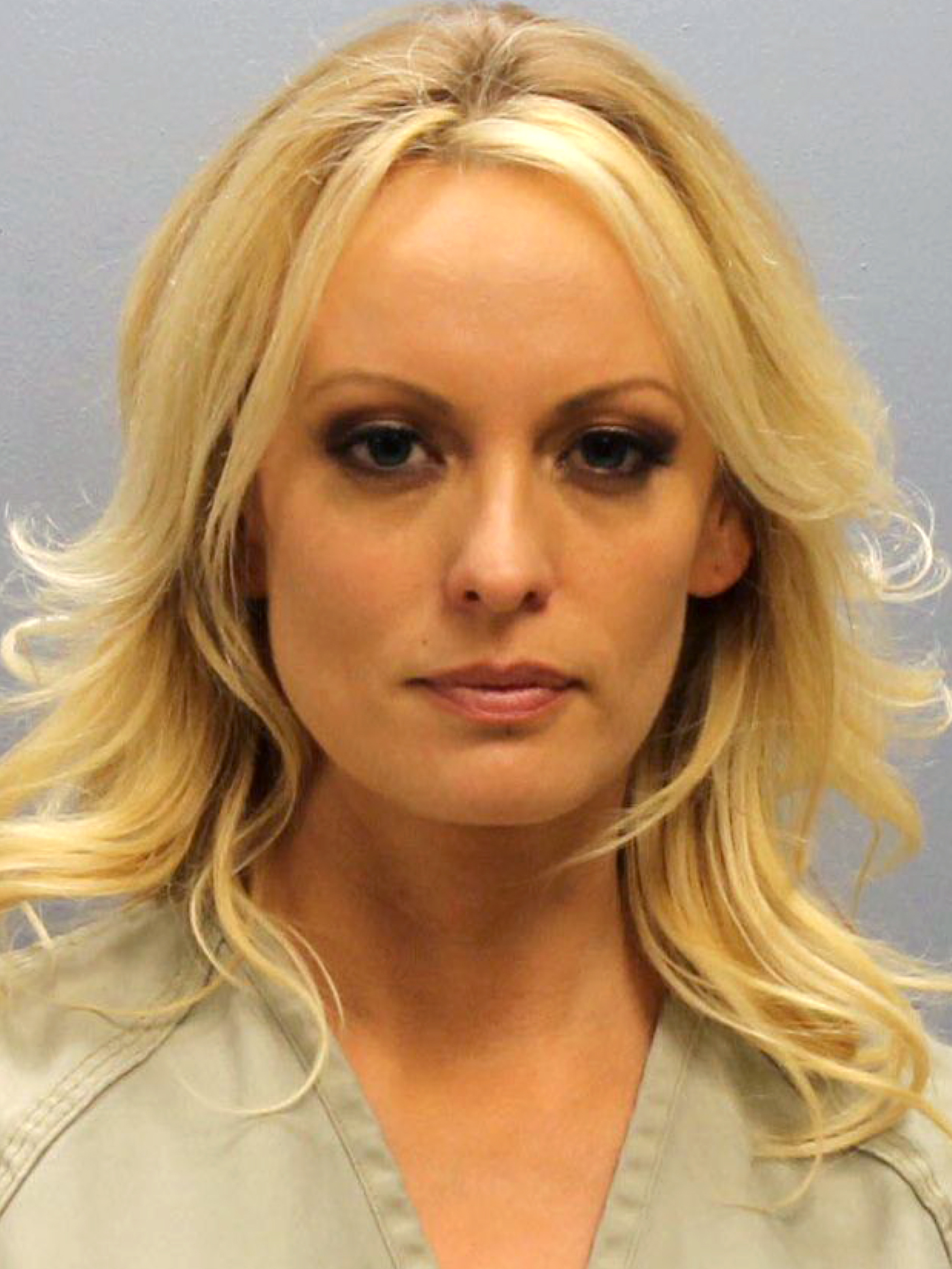 One year after Stephanie Clifford, who is better known as Stormy Daniels, was arrested in Columbus, five police officers are facing disciplinary action over the incident.

Five Columbus, Ohio, police officers are facing departmental punishment for their roles in arresting Stephanie Clifford — better known as Stormy Daniels — in a strip club last summer. They include a police commander, a lieutenant, a sergeant, and two of the officers who arrested Daniels.

Daniels was arrested in July 2018 at the Sirens Gentlemen's Club, months after suing President Trump. At the time, Daniels had accused Trump of defamation and also was fighting to void a nondisclosure agreement — a "hush deal" she had agreed to that involved a $130,000 payment from then-Trump attorney Michael Cohen.

As Gabe Rosenberg of member station WOSU reports, "Along with Miranda Panda and Brittany Walters, Daniels was charged with violating Ohio's 'Community Defense Act,' " which targets physical contact between patrons and "nude or semi-nude" dancers.

Columbus Division of Police interim Chief Tom Quinlan did not identify the officers, other than saying that they worked for the "now-disbanded Vice Section." They are facing departmental charges, he said.

Quinlan omitted any details about the officers' actions that prompted the charges, saying only, "I made this decision because these officers violated our rules of conduct."

In the next procedural step, the officers' conduct will be scrutinized in individual hearings with the director of public safety. After that, Quinlan said, "The range of discipline for these officers can include a reprimand, a suspension, demotion, and/or termination."

The charges against Daniels were dismissed within hours of her arrest. But she filed a lawsuit against Columbus police in January, accusing the officers of trying to damage her reputation and punish her for speaking out about the president.

In March, the Columbus police department's internal investigation concluded that while Daniels' arrest was "improper," it had not been planned "for political motivation," as WOSU reported.

A federal inquiry into the incident is ongoing.

"Because of pending litigation as well as a concurrent federal criminal investigation, I will not elaborate further on our investigations findings at this time," Quinlan said as he announced the action against the five officers.

Panda and Walters — the two women who were arrested along with Daniels — filed their own lawsuit over the incident; in January, the Columbus City Council settled that suit for $150,000.