Accessibility links
Denzel Curry Should Start A Rock Band After covering Rage Against the Machine and Bad Brains — not to mention collaborating with psychedelic hardcore band F***** Up — the Miami rapper has been making the case for a new role. 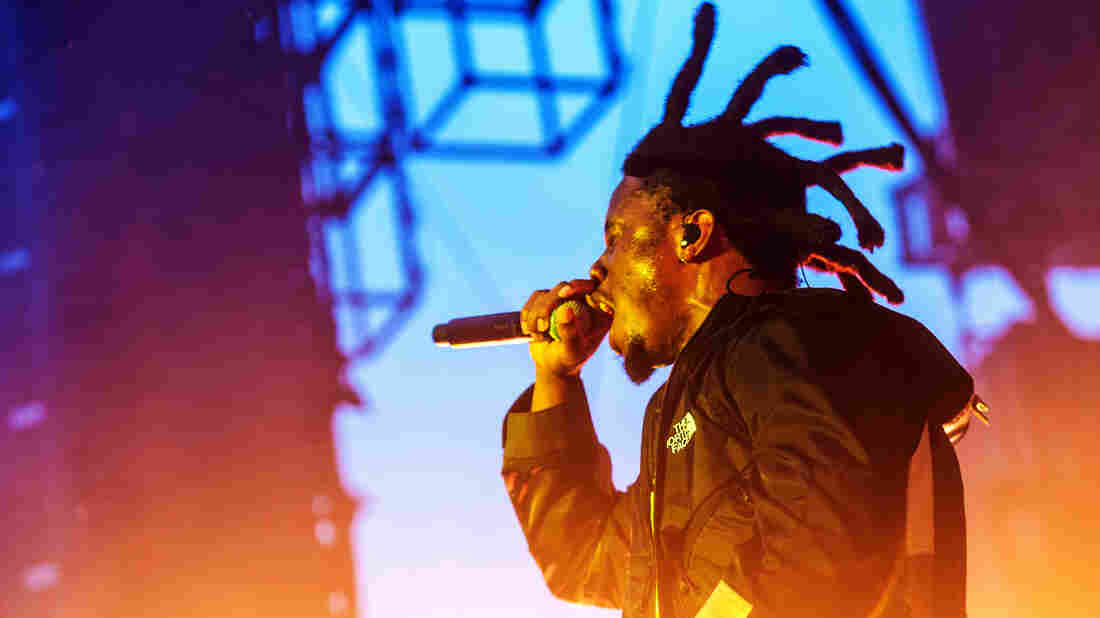 "My style is no style. I just do it all, you feel me?" Denzel Curry says. "I can rap. I can sing. I can do metal vocals. I can scat." Steven Ferdman/Getty Images hide caption 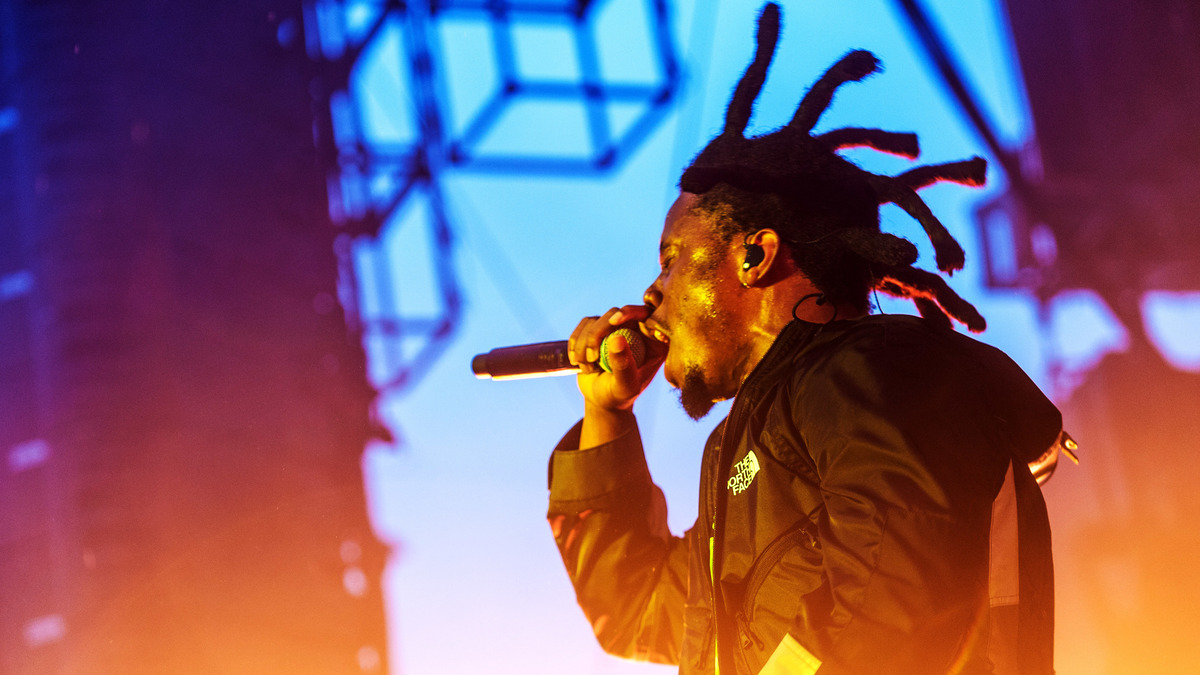 When Denzel Curry spits bars over a particularly decibel-shattering beat, there's a command of noise. The Miami rapper lives both inside and out of the mayhem ("Ricky," "Black Metal Terrorist"), but is just as comfortable revealing his soul ("Speedboat," "Clout Cobain") in productions and performances simultaneously hard and melodic. He's starting to come into his own as a rap chameleon, but lately he's been teasing another transformation as a shape-shifting rock frontperson.

Exhibit A: Denzel Curry absolutely murders this Rage Against the Machine cover of "Bulls on Parade," recorded for Australia's Triple J. Go ahead, hit play and prepare to be knocked on the floor. I'll wait.

Right? He understands Zach de la Rocha's screaming-prophet cadence, but leans into the deeper grit of his own voice, egging on the turnt-up backing band with a verse of his own.

Exhibit B: Denzel Curry's woozy trap song about self-destructive tendencies, "Clout Cobain" gets a psychedelic hardcore adaptation with none other than F***** Up, for the Spotify Singles series. Part of me wishes this version sped up the tempo and featured Damian Abraham for more than ten seconds, but Denzel especially holds his own, growling and moody.

Exhibit C: Bad Brains' "I Against I" is not so much a feat of vocal acrobatics, but a motorcycle speeding through a ten-car pile-up. You can't just be a karaoke punk singer and expect to nail the smashed-together opening shot: "In the quest for the test to fulfill an achievement / Everybody's always going to pursue themselves." But when Denzel heard that, he realized, "This is like rap before it was rap," he tells Under Cover, Spotify's in-house, behind-the-scenes podcast for its singles program. "This s*** is hard."

Not only does Denzel Curry slur, spit and scream his way through "I Against I" with a screw-eyed authority, he does the cover with Bad Brains, which sounds positively revitalized by the experience.

Don't get me wrong, I still want albums like this year's ZUU, an impressive guide to the nuances of Florida hip-hop that feels extremely personal and lived-in. But these three tracks — not to mention his own taste for bands like Slayer, Turnstile, Show Me the Body and Suicidal Tendencies — are all the makings of a hard-as-hell rock band with a millennial post-genre mosaic of style, cadence and mood. And Denzel Curry needs to be at the center, with his own dang songs, to kick rock and roll in the ass.