Accessibility links
Senate Approves Budget And Debt Deal, Bill Heads To Trump's Desk The compromise was negotiated between the administration and Hill leaders and avoids a fiscal fight around the 2020 election. The deal suspends the debt limit for two years, heading off a default.

Senate Passes 2-Year Budget Deal And Sends It To Trump

Senate Passes 2-Year Budget Deal And Sends It To Trump 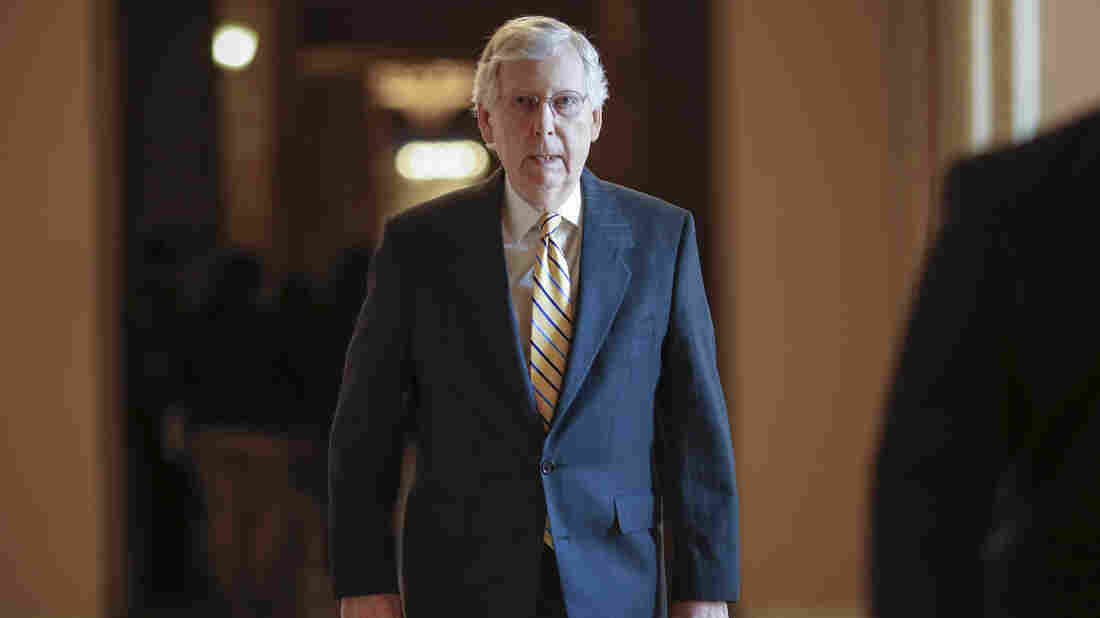 Senate Majority Leader Mitch McConnell, R-Ky., urged Republicans to back the budget and debt deal, arguing it was the best compromise his party could get in divided government. J. Scott Applewhite/AP hide caption 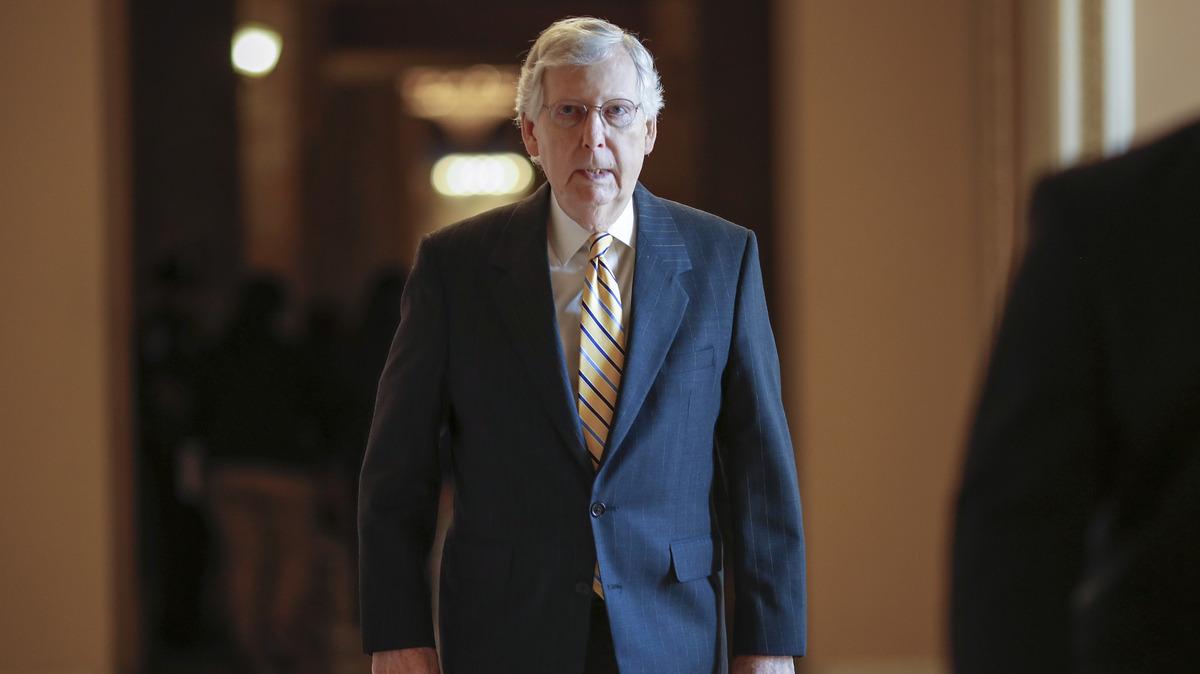 Senate Majority Leader Mitch McConnell, R-Ky., urged Republicans to back the budget and debt deal, arguing it was the best compromise his party could get in divided government.

The Senate on Thursday approved a two-year budget deal that set new spending levels and boosted the nation's borrowing authority.

The bipartisan legislation, which was approved in a 67-28 vote, raises the debt ceiling past the 2020 elections and allows $1.3 trillion for defense and domestic programs over the next two years.

Ahead of Thursday's vote, top GOP Senate leaders including Senate Majority Leader Mitch McConnell, R-Ky., and his top deputy, Sen. John Thune, R-S.D., praised the plan despite opposition from several members of their own party.

Thune acknowledged there would be defections ahead of the vote.

"There's a lot of good conservative policy in here, and we think it's a good vote for our members," he said, adding, "Obviously there are people who are going to come to different conclusions."

In all, 23 of the 52 Senate Republican who voted on Thursday opposed the plan.

The vote marks the last legislative action for the Senate for a while, as it starts a five-week recess. Last week, the House left for a six-week recess. Both parties are expected to return in September to handle the actual appropriations bills that set specific funding levels for the array of federal agencies.

Last month, the White House and congressional leaders reached the two-year spending deal to avert a fiscal crisis. The government was approaching its limit on borrowing, about six months earlier than predicted. Treasury Secretary Steven Mnuchin warned it was possible the government could run out of cash in early September.

Supporters of the spending deal said without the plan, the government was coming closer to facing a government shutdown or worse, a default.

Ahead of Thursday's vote, Trump lauded the plan again on Twitter.

Budget Deal is phenomenal for our Great Military, our Vets, and Jobs, Jobs, Jobs! Two year deal gets us past the Election. Go for it Republicans, there is always plenty of time to CUT!

However, it wasn't enough to convince many fiscal conservatives who were opposed to the significant spending. Before Thursday's vote, several Republicans, including Texas Sen. Ted Cruz and Florida Sen. Marco Rubio said they would be voting against the plan.

Sen. Rand Paul, R-Ky., said the deal marked the death of the fiscally conservative Tea Party movement. Paul called the move part of a spending problem in Washington, D.C., and said it binds future generations to massive levels of debt.

He urged America to "wake up" and said the deal merged the Republicans and Democrats into "one party of big spenders."

"This may well be the most fiscally irresponsible thing we've done in the history of the United States," Paul warned. "What is irresponsible is a Congress that believes they are Santa Claus and they can be everything to everyone and everything is free."

The package includes about $77 billion in offsets to allow for the spending increases.

Last week, the House of Representatives approved the plan in a 284-149 vote. The legislation was largely carried through by Democrats who control the chamber, with a majority of Republicans opposing the plan.

The spending package now heads to the White House where Trump is expected to sign it into law.