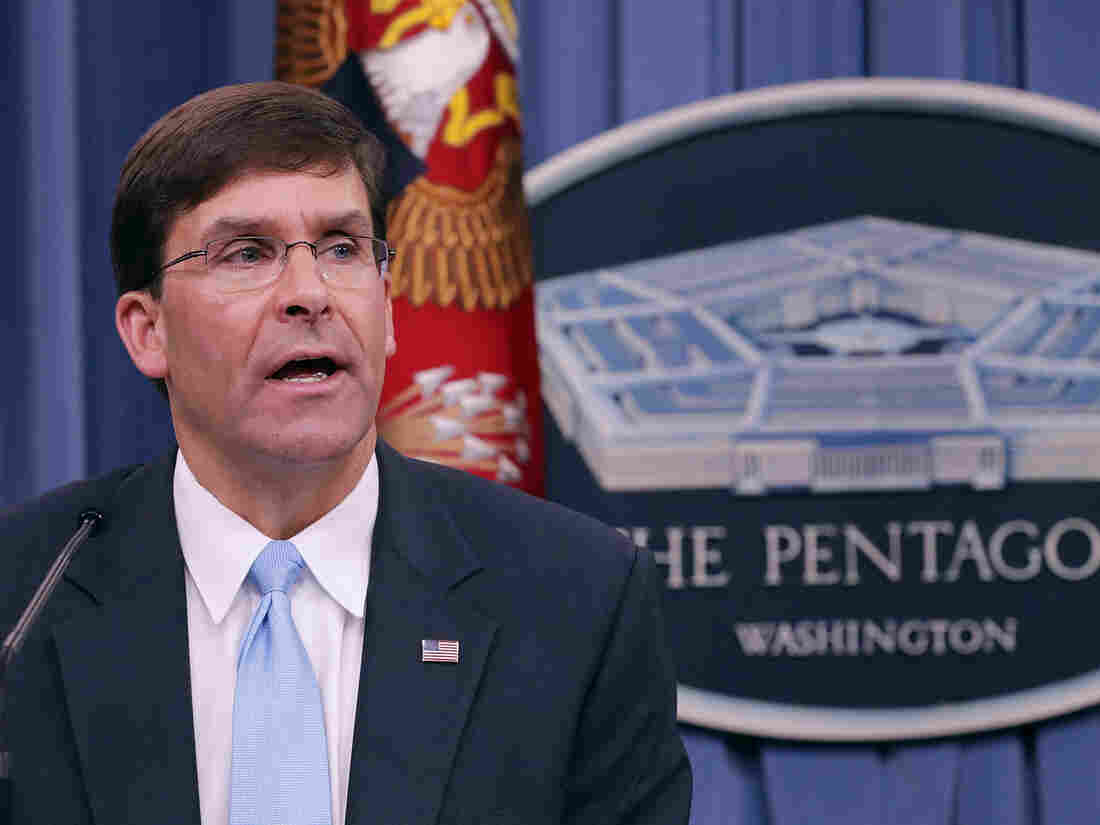 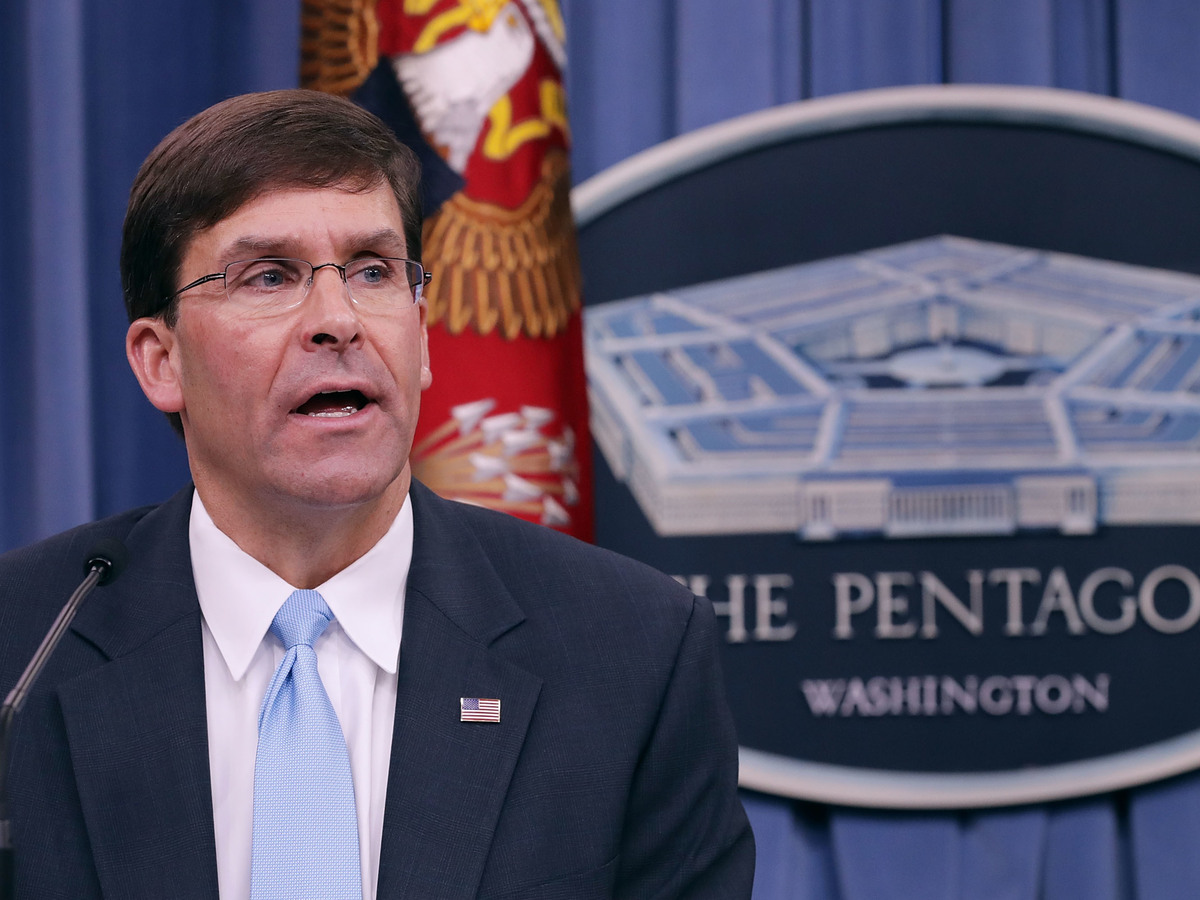 Defense Secretary Mark Esper is re-examining a cloud computing contract worth up to $10 billion, the Pentagon said Thursday.

The Pentagon is hitting pause on a massive, first-of-its-kind cloud computing contract after President Trump cited critics' accusations of favoritism toward Amazon.

Mark Esper, the new defense secretary, is re-examining the project just weeks before the winner was expected to be announced. Amazon and Microsoft are the finalists for the contract, which is worth as much as $10 billion and will be as long as 10 years. The project is called JEDI, for Joint Enterprise Defense Infrastructure.

"No decision will be made on the program until he has completed his examination," Department of Defense spokeswoman Elissa Smith said on Thursday.

JEDI is a high-profile contract to collect and store sensitive military data and give U.S. war fighters access to cutting-edge technologies, like artificial intelligence. It has been one of the most controversial Pentagon technology contracts, with lawsuits, several investigations, rebukes and, most recently, Trump's interest in what is normally a bureaucratic contracting process.

The new examination is good news for Oracle and IBM, which have been knocked out of the bidding competition and unsuccessfully sued to block the award.

They and some Republicans in Congress have argued that the Defense Department should select multiple companies instead of a single winner. Critics have also accused the Pentagon and Amazon of having an unfairly cozy relationship, pointing to several Defense Department employees who have done work for Amazon's cloud business, AWS.

The Department of Defense, the Government Accountability Office and the Court of Federal Claims have reviewed the JEDI bidding process and allowed the contract to proceed. The Pentagon has also hit back that the criticisms were "poorly-informed" and "manipulative."

But these complaints have reached the ear of Trump, who has publicly expressed disdain toward Amazon CEO Jeff Bezos over Amazon's deal with the U.S. Postal Service and Bezos' personal ownership of The Washington Post, whose news coverage is a common target of Trump's criticism.

"I'm getting tremendous complaints about the contract with the Pentagon and with Amazon; they're saying it wasn't competitively bid," Trump told reporters on July 18. "I will be asking them to take a look at it very closely to see what's going on because I have had very few things where there's been such complaining."

Congressional letters have also been flying in recent weeks from Republicans who think that the JEDI contract is tainted — and Republicans who argue the delays in awarding it have already hurt the Pentagon's urgent technology needs.

"JEDI is probably the most important cloud deal ever," Wedbush Securities analyst Daniel Ives said. "This is the Pentagon moving to cloud, and any company that gets this — it's going to be a massive ripple effect for decades to come."