Accessibility links
With 'We're A Winner,' Curtis Mayfield Gave Black Pride An Irresistible Beat Curtis Mayfield's previous songs for The Impressions had often been broadly inspirational — but here, he aimed his pen directly at black listeners, pledging that better times were ahead. 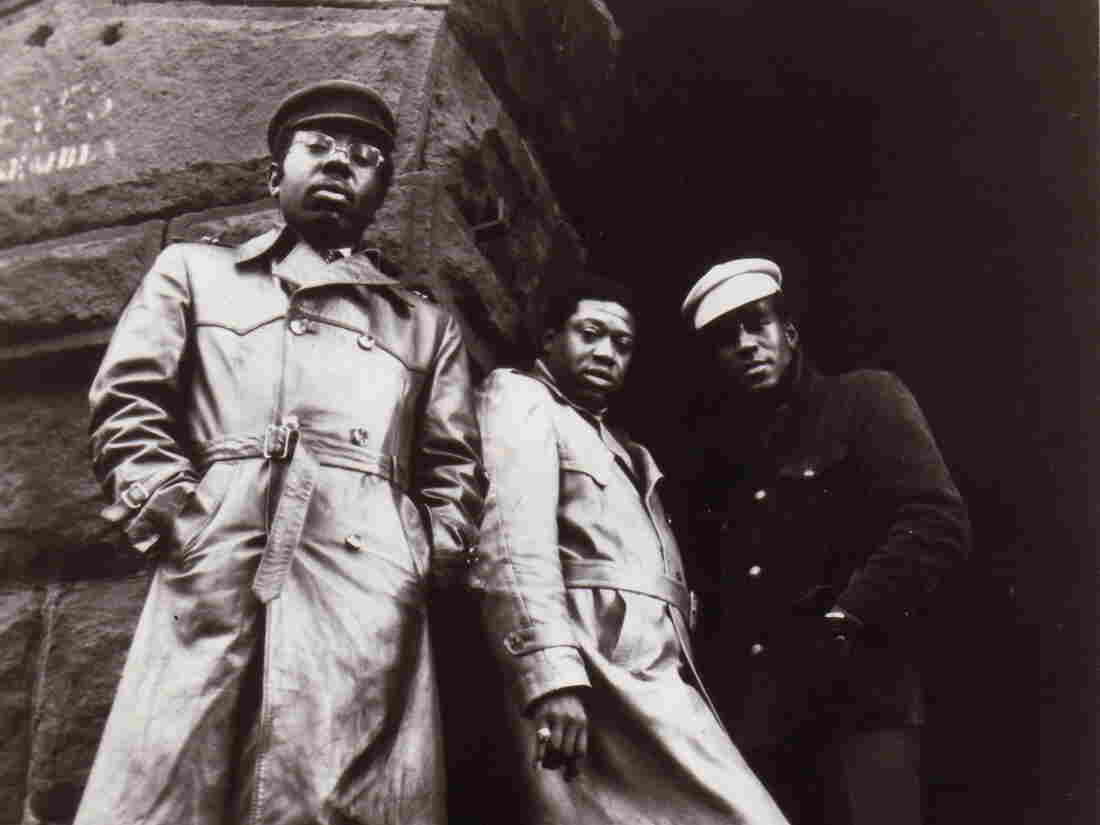 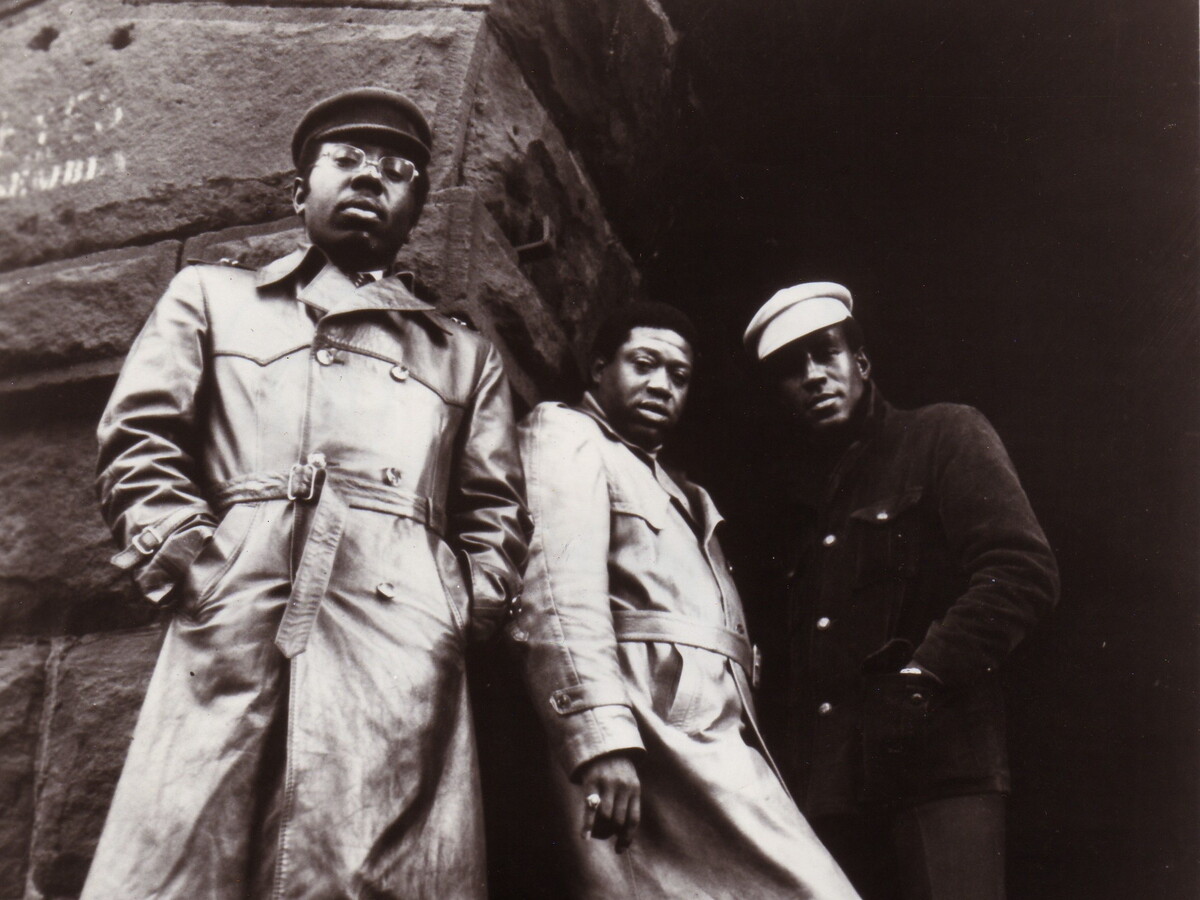 The Impressions circa 1970. Left to right: Curtis Mayfield, Fred Cash and Sam Gooden.

From its first few bars, filled with funky drums, a percolating guitar line and the glorious noise of people laughing and enjoying themselves, "We're a Winner" — written by Curtis Mayfield and performed by his group The Impressions — unfolds like a soundtrack to the coolest party in town. But the song's lyrics, a direct message about black pride rarely heard on the radio in 1967, were as serious as death and taxes.

We're a winner, and never let anybody say
Boy, you can't make it 'cause a feeble mind is in your way
No more tears do we cry, and we have finally dried our eyes
And we're movin' on up

I was 2 years old when "We're a Winner" was released, but I grew up in a home filled with Mayfield and The Impressions, thanks to my record-buying mother. And even as a young black child in Gary, Ind., I felt a dose of hope and pride from hearing those powerful lyrics pour out of the record player.

The song came at a tumultuous time. Tension over civil rights protests had brought riots to many cities — including Chicago, where Mayfield and The Impressions were based. In 1968, Martin Luther King Jr. would be felled by an assassin's bullet, and despair over the state of black people in America would deepen even more.

I didn't know it then, but before "We're a Winner," there weren't many hit songs encouraging black people to be proud of themselves. Mayfield wrote an anthem that reached into the soul of black America, assuring folks that no matter how tough the struggle against segregation and racism became, it was worth the effort.

Singers Fred Cash and Sam Gooden stood beside Mayfield in The Impressions back then, and kept the group going until their retirement last year. They say the singer-songwriter rarely told them what inspired his hits. According to Cash, Mayfield could be a bit of loner: a one-man hit machine who wrote the music and lyrics for their songs by himself, often while they were on the road.

"He would write [at] one or two o'clock in the morning, sitting on the side of the bed with his guitar and his robe on," Cash says. "And if he felt like he had something that he wanted us to hear, he would knock on the door — didn't care if we were sleep or what."

Both Cash and Gooden say when they heard "We're a Winner," they knew it was a hit. And it helped the group show solidarity with activists like Martin Luther King Jr. at a time when The Impressions were working too much to actually march with them. [Mayfield] said, 'This particular song is a song that I think we should use to spread some of Dr. King's messages across the country,'" Gooden says. "We felt they would uplift not only our people, but all people."

"We're a Winner" was the third in a series of Impressions songs that Gooden says were designed to spread the message of civil rights activists, with each song talking a little more explicitly about the fight for equality. "Keep on Pushing" was a hit in 1964, delivering a general message of encouragement. A year later, the classic ballad "People Get Ready" offered more specific language about justice on the way.

Then came "We're a Winner" in 1967. By then, Gooden says, Mayfield was irritated by criticism that The Impressions' messages were too vague. "I think he got a bit angry," Gooden says. "He said, 'Why beat around the bush? Why not just walk right straight up and just say what you're going to say, and they like it or they don't like it.' "

"There's a collectiveness to the title," says Aaron Cohen, author of the forthcoming book Move on Up: Chicago Soul Music and Black Cultural Power. "It's not 'we are winners,' it's 'we're a winner.' It's [saying] let's come together. It's an upbeat song about doing something, about being proud of who you are, about lifting yourself. For especially young African Americans, it became a very positive message."

As a kid, I grew up assuming the song had always included explicit references to Martin Luther King Jr. and the stereotype of an overly deferential Uncle Tom. I later learned Mayfield only sang those lines on a 1971 concert recording from the album Curtis/Live!:

There'll be no more Uncle Tom — at last, that blessed day has come
And we're a winner, and everybody knows it too
We just keep on pushing, Like Martin Luther told you to
And I don't mind leaving here, to show the world we have no fear

Sam Gooden says the group never really intended to use those more provocative words on the record, knowing it would kill the song's chances for radio airplay — but they did sing those lyrics when they first started the recording session, just to goof with producer-arranger Johnny Pate. "Johnny stopped us right away and said, 'You gotta find some other words,' " Gooden says, laughing.

A jazz bassist and arranger with credits ranging from B.B. King to the Bee Gees, Pate had a way of working with The Impressions: He'd get a cassette tape from Mayfield that provided an outline for the song, and then get to work coming up with horn and string parts. Now 95, Pate says he doesn't remember rejecting the more direct lyrics for "We're a Winner." But as someone who could read and write music, he does remember having a certain attitude about self-taught R&B players like Mayfield.

"I kinda looked down upon them. 'These guys can't even write the music,' you know?" Pate says. "And then, one day, it hit me, because of Curtis. Here's a guy who's writing what he feels. No, he can't put it down on paper, but this is what he definitely feels in his heart and his soul. Who the hell am I to look down on somebody like this?"

Despite the toned-down lyrics and smooth groove, some radio stations still wouldn't play "We're a Winner" — something Mayfield even mentioned on Curtis / Live! "A whole lot of stations didn't want to play that particular recording," he told the audience. "I would say — the way I'm sure most of you would say — we don't give a damn, we're a winner anyway. Right on?" 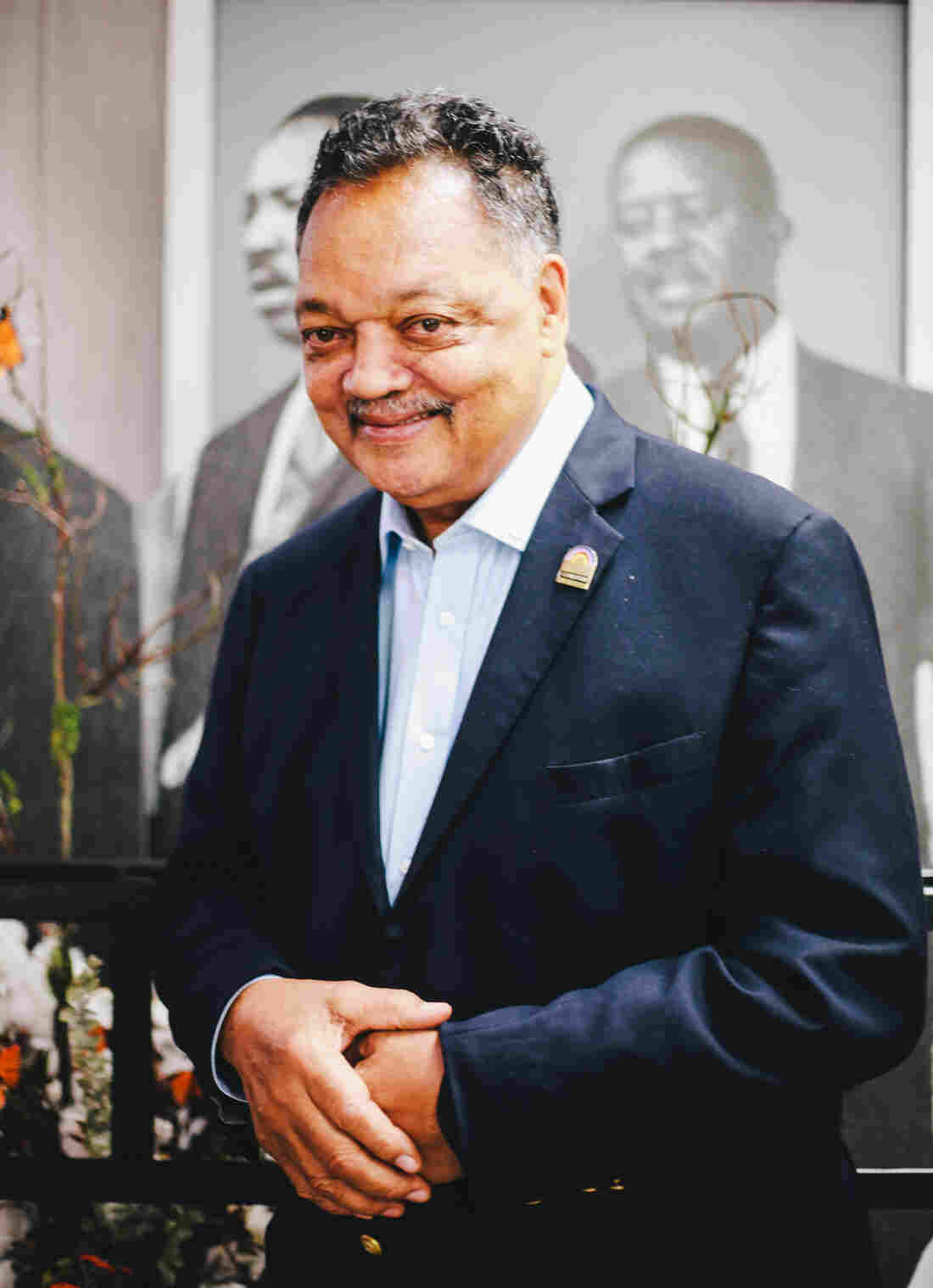 Rev. Jesse Jackson was a friend of Curtis Mayfield. Mayfield played at one of Jackson's Operation PUSH expos in Chicago in the early 1970s. Lawrence Agyei/for NPR hide caption 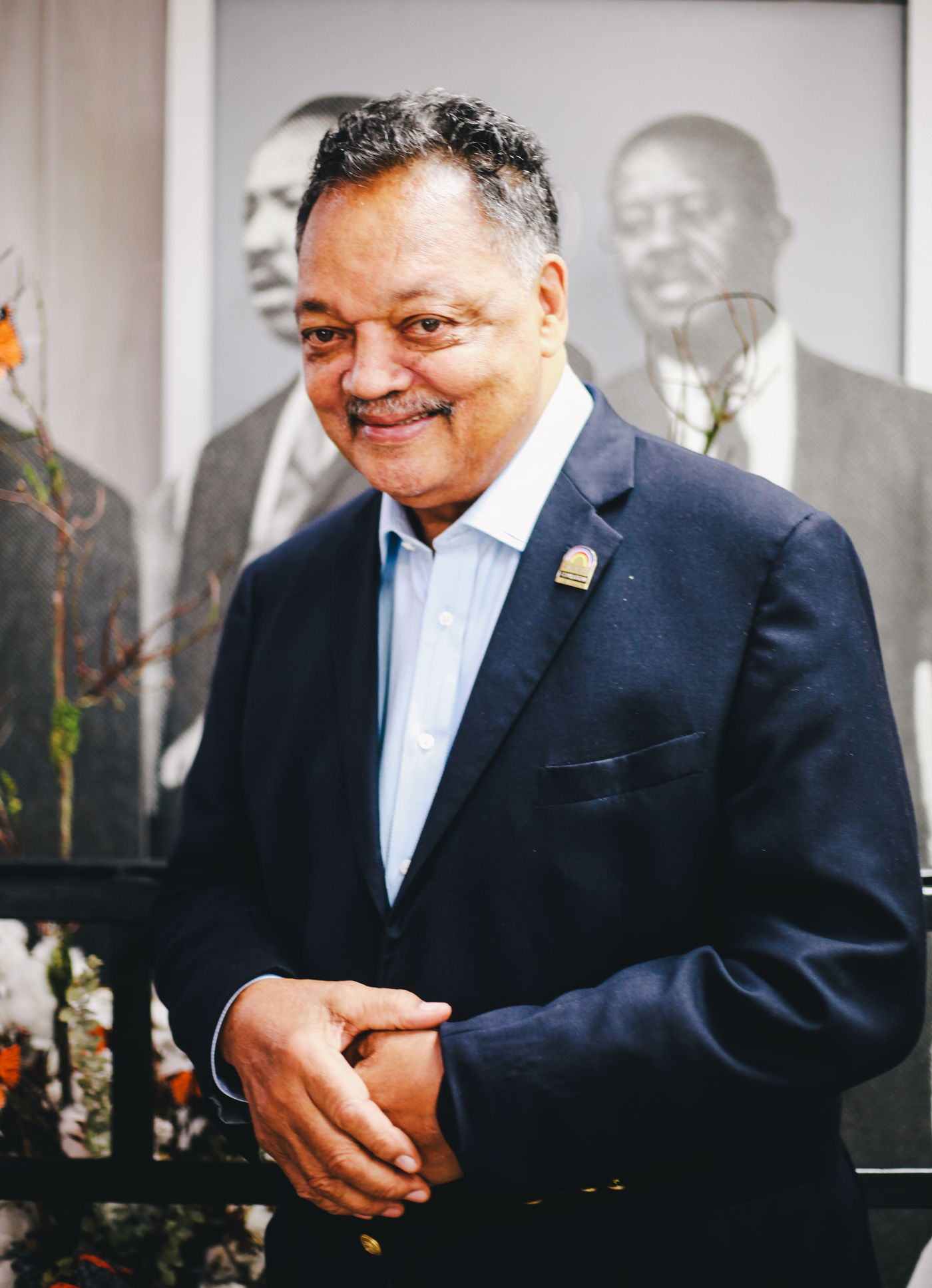 Rev. Jesse Jackson was a friend of Curtis Mayfield. Mayfield played at one of Jackson's Operation PUSH expos in Chicago in the early 1970s.

'Fight The Power': A Tale Of 2 Anthems (With The Same Name)

WLS-AM was a powerful Top 40 radio station in Chicago. Both Fred Cash and Sam Gooden say the white pop-oriented station wouldn't play "We're a Winner" because it sounded too militant, at a time when city leaders were still nervous about riots. But Clark Weber, who was program director at WLS back then, says they probably didn't play the song because it sounded too much like the R&B tunes on the area station popular with black listeners, WVON.

"The R&B sound was enough for most white stations to say, 'I'm sorry, we can't,' " Weber says. "My audience would respond [to those records] saying, 'What are you doing playing that?' And sponsors would call and say, 'That market is not the market I'm going after. I'm looking for an affluent white market, and you're not giving me that kind of audience.'"

Still, "We're a Winner" became a No. 1 R&B hit and Top 20 pop hit. The song seemed to strike a nerve: A year later in 1968, Sly and the Family Stone released their hit plea for equality, "Everyday People," and James Brown crafted his classic black pride anthem, "Say It Loud – I'm Black and I'm Proud." Addressing civil rights, it seemed, could be a hitmaking strategy.

Mayfield also had a talent for reaching the marketplace, according to the Reverend Jesse Jackson. The civil rights leader was a longtime friend of Mayfield, who performed at one of the legendary expos held by Jackson's Operation PUSH in Chicago during the early 1970s. Jackson says that sometimes, music could sway people when protests didn't.

"Curtis could put that to music," Jackson says. "I could say it in in a speech or a sermon; Curtis could exact from that, rhythm and music. Music is the medium for the message, and 'We're a Winner' is a part of that legacy."

Mayfield left The Impressions in 1970 for a solo career, founding his own record company, Curtom Records, and writing the soundtrack for the blaxploitation film classic Super Fly. In 1990, he was paralyzed after a piece of scaffolding fell on him at a concert. He died in 1999.

Aaron Cohen says Mayfield's injury came just as journalists had begun to write more about his influence. "I remember this: In the late 1980s, when Public Enemy and Ice-T were coming out with their very outspoken raps, people started to realize that Curtis Mayfield was the forefather of a lot of that," Cohen says. "And the tragedy is, that was just before the accident."

More than 50 years later, "We're a Winner" still speaks to me. It's an upbeat, smooth groove that solidifies Mayfield's legacy as a smartly subversive activist — inspiring other artists to blend potent social commentary with an irresistible beat.

Walter Ray Watson produced this piece for broadcast. Daoud Tyler-Ameen adapted it for the Web, with editing help from Otis Hart and Sidney Madden.