Accessibility links
R. Kelly Pleads Not Guilty To Federal Charges In New York The R&B singer — who currently faces 18 federal charges related to the sexual abuse of girls and women — once again asserted his innocence, as he has for almost two decades. 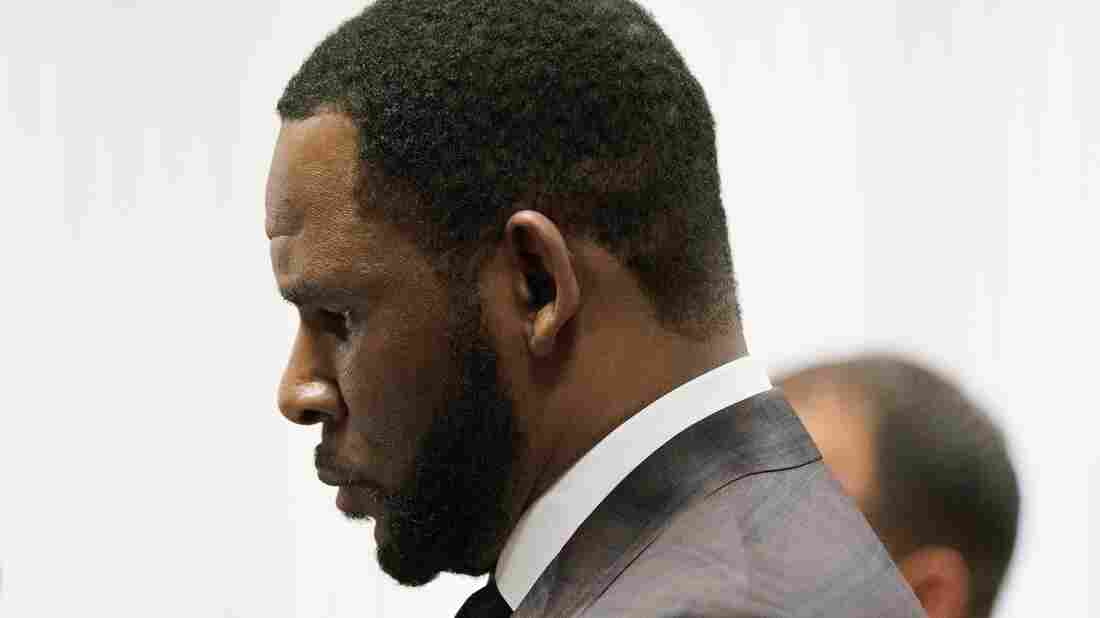 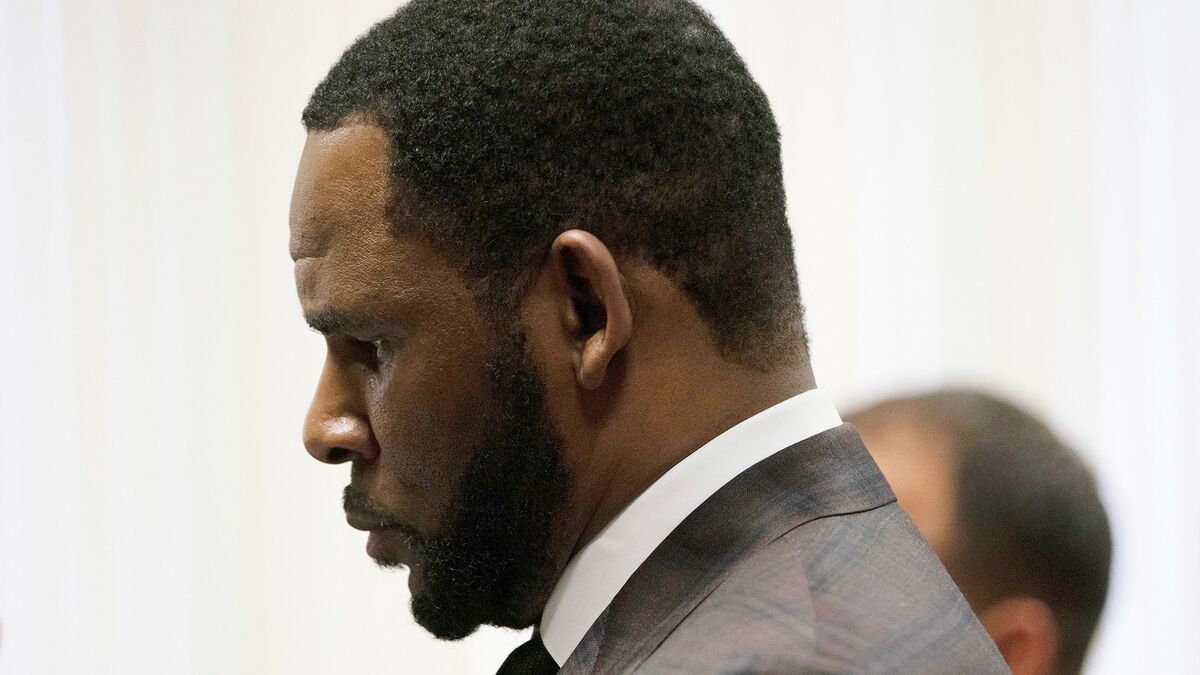 In mid-July, federal prosecutors in Chicago and New York levied two sets of federal charges — 18 counts in all — alleging that Kelly has abused women and girls for two decades, in a period that spans 1998 to 2018.

The New York charges include one count of racketeering and four counts of violating the Mann Act, which prohibits sexual trafficking across state lines. There are five alleged victims in the New York indictment, including three girls.

Kelly was arrested in Chicago on July 12, and has since remained in jail without bond.

In court, in media appearances and even in song, Kelly has maintained his innocence across all accusations of sexual misconduct, which now encompass federal indictments, local charges, civil suits and allegations that stretch back a quarter century. On July 16, he pleaded not guilty to the 13 federal charges brought by the Illinois prosecutors.

Appearing in dark blue jail scrubs and an orange T-shirt, Kelly was wearing a longer beard and slightly longer hair than he has in recent other court appearances. About 12 to 15 Kelly supporters — many sporting tees that said things like "#UnMuteRKelly" — came to the court Friday morning. Also in attendance were the singer's two girlfriends, Azriel Clary and Joycelyn Savage, who were accompanied — even to the bathroom — by an older woman who appeared to be a minder. While one of Kelly's defense attorneys, Steve Greenberg, spoke to Judge Tiscione, Kelly turned, nodded and gave grim smiles to Clary and Savage. 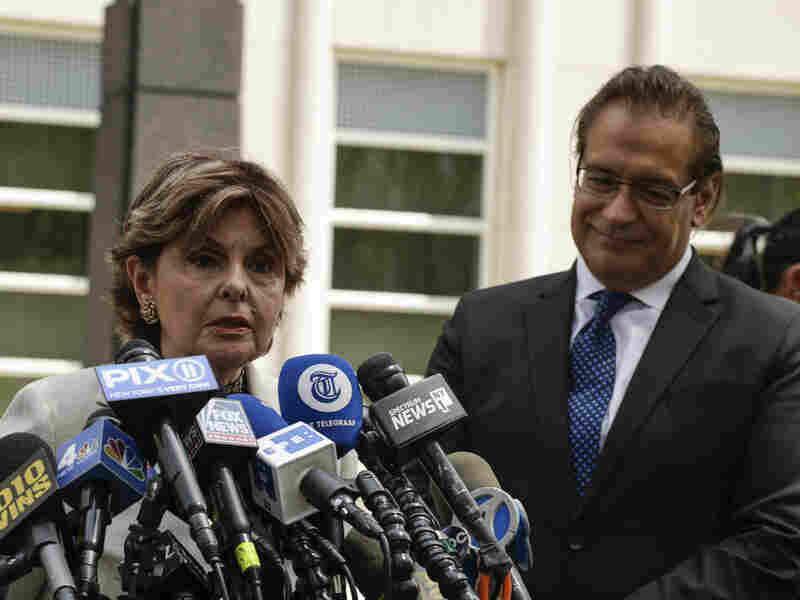 Gloria Allred, left, who is representing some of Kelly's alleged victims, addresses the news media outside of the courthouse on Aug. 2 in New York. To her right is David Anton, one of Kelly's defense attorneys. Kena Betancur/AFP/Getty Images hide caption 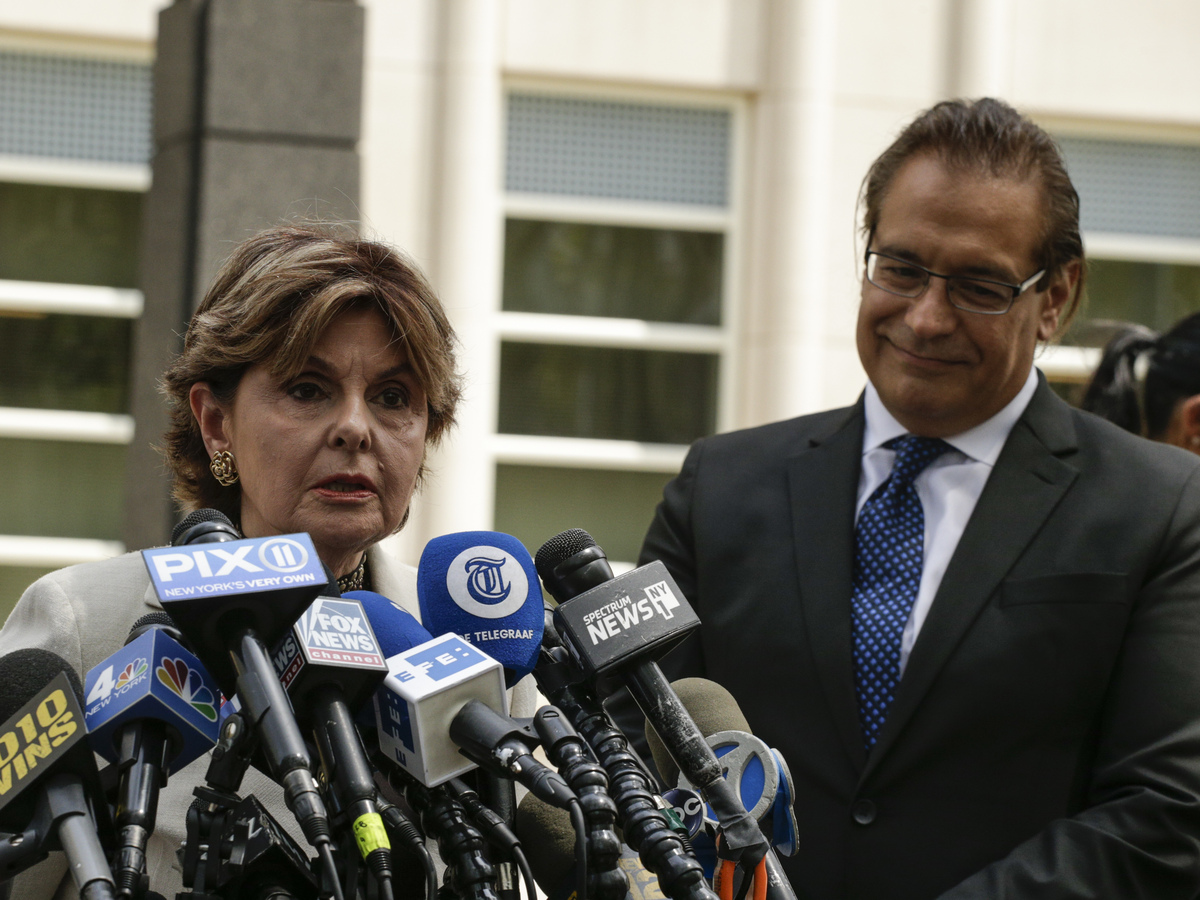 Gloria Allred, left, who is representing some of Kelly's alleged victims, addresses the news media outside of the courthouse on Aug. 2 in New York. To her right is David Anton, one of Kelly's defense attorneys.

Tiscione rejected the defense's request for bail, saying that Kelly was facing "incredibly serious charges," with a long history of similar allegations behind him. Tiscione also said that Kelly appeared to have access to financial resources and has "significant incentive to flee." He noted that federal prosecutors are accusing Kelly of having obstructed justice during his last criminal trial in 2008, in which the singer was acquitted of all charges, which the judge said "extremely troubled" him. Furthermore, since Kelly also remains in custody under the Chicago indictment, Tiscione said, "He's not going anywhere."

The New York federal prosecutors allege that Kelly and members of his entourage acted as an organized crime ring.

Simultaneously, Kelly is fighting 10 charges of aggravated sexual abuse in Cook County, Illinois, where he was indicted in February. If convicted of just the New York charges, Kelly faces up to 80 years in prison.