Accessibility links
Women In Saudi Arabia Will Now Be Able To Travel Without Male Guardians It will now be possible for women to apply for a passport and to travel abroad without a male family member to accompany them. 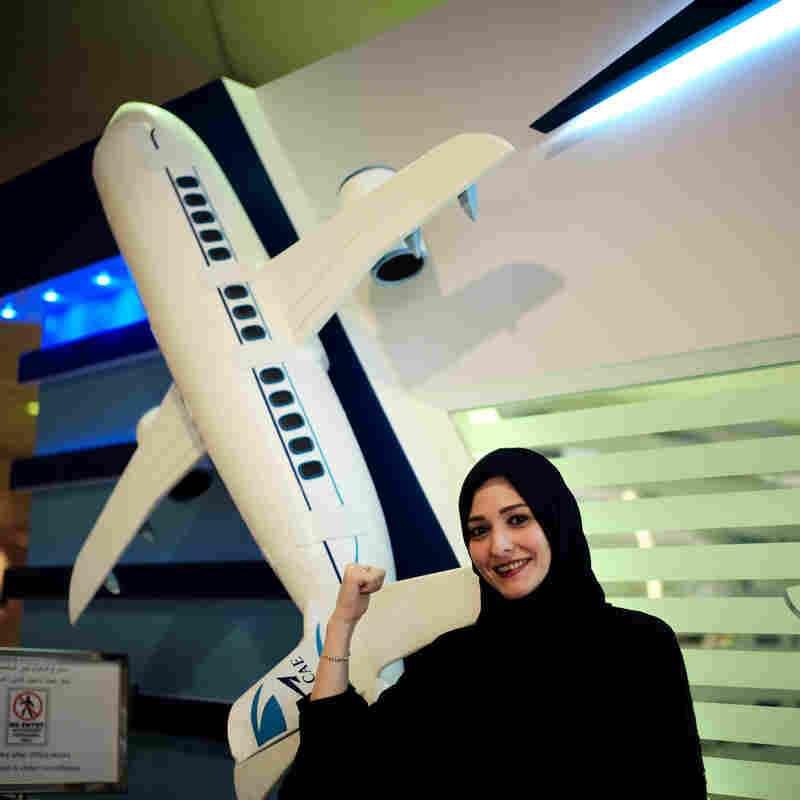 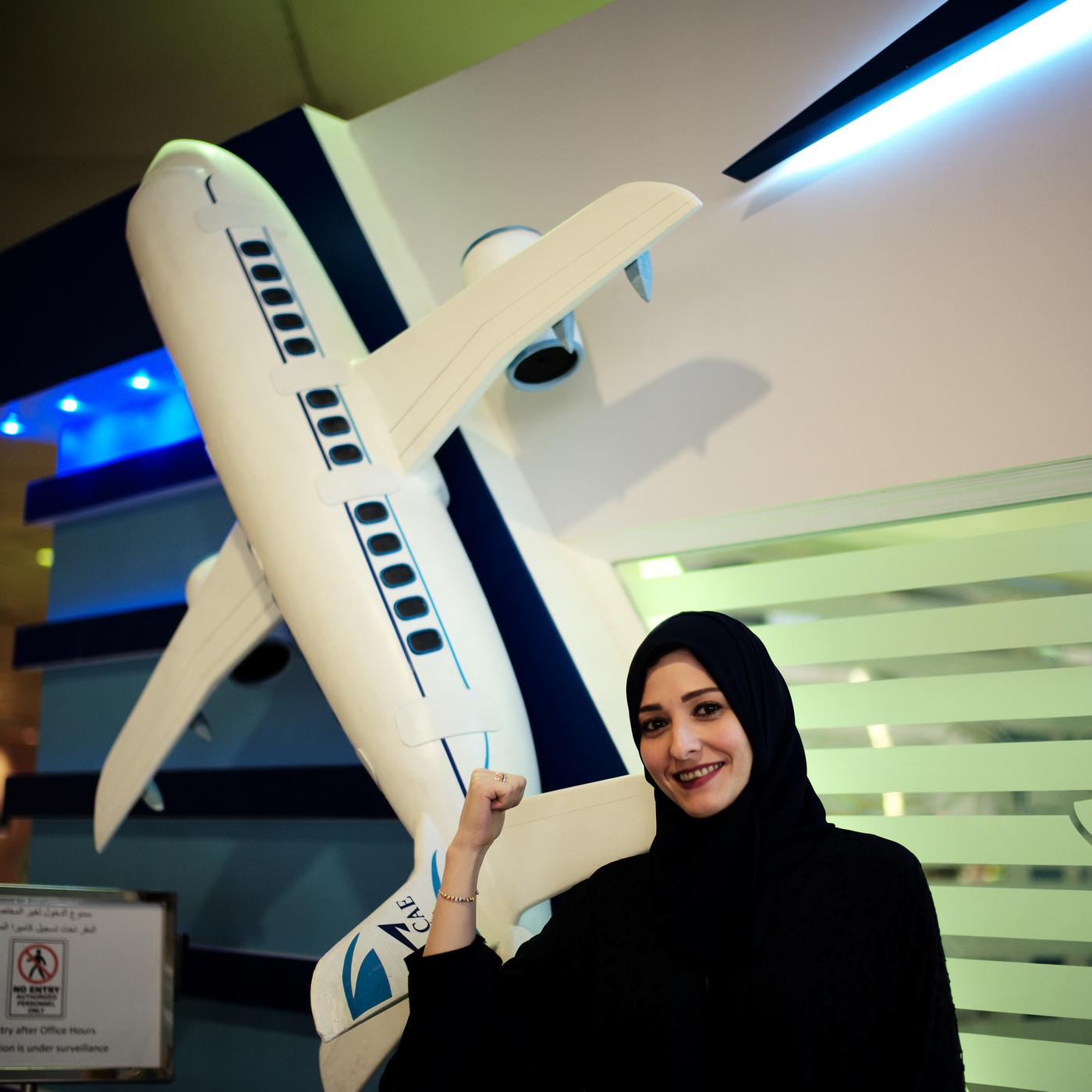 Dalia Yashar, one of the first Saudi students who registered to become a commercial pilot, stands in front of the registration center at King Fahd International Airport in Dammam, Saudi Arabia, last July. Recent decrees have expanded women's rights.

Women in Saudi Arabia will be allowed to obtain passports and travel abroad without a male "guardian" to accompany them, according to a change in the law published on Friday that ends a long-standing practice in the kingdom that has drawn international criticism.

The change in the law allows women over the age of 21 to apply for a passport without a male sponsor and to leave Saudi Arabia unaccompanied. It was not immediately clear when the change would take effect.

"A passport will be granted to any Saudi national who submits an application," the ruling, published in the government's official gazette, said, according to Al-Jazeera.

The changes are part of a set of decrees that also allow women for the first time to register a marriage, divorce or the birth of a child and to obtain family documents — a move that would make it easier for them to obtain identity cards or enroll children in school, The Associated Press notes.

The decision follows the high-profile case in January of Rahaf Mohammed Alqunun, who barricaded herself in a Bangkok hotel room to prevent her family from returning her to Saudi Arabia. She was eventually granted asylum in Canada.

In recent years, Saudi Arabia has been undergoing a gradual liberalization under Crown Prince Mohammed bin Salman. However, despite his easing of restrictions, the prince has shown an unwillingness to tolerate dissent. Western intelligence agencies have concluded that he ordered the gruesome killing and dismemberment of journalist Jamal Khashoggi, an incident that sparked international outrage. The crown has denied any involvement.

Reema bint Bandar Al-Saud, the kingdom's first female ambassador to the United States, who was appointed in the aftermath of the Khashoggi killing, sent out a series of four tweets praising the change in the law.

"The new regulations are history in the making," she wrote. "Women have always played an integral role in our country's development, and they will continue to do so moving forward on equal footing with their male counterparts."

I am elated to confirm that KSA will be enacting amendments to its labor and civil laws that are designed to elevate the status of Saudi women within our society, including granting them the right to apply for passports and travel independently.1/4

Last June, Saudi women were given permission to drive for the first time.

According to Al-Jazeera, the changes in the law weaken but do not eliminate the guardianship system and some fear that they could cause conflicts within Saudi Arabia's ultra-conservative patriarchal society.