Accessibility links
North Korea Sets Off Third Missile Test In A Week; Trump Downplays The Activity It wasn't immediately clear what type of weapon was tested early Friday, but South Korea's military noted the missiles traveled at hypersonic speeds and flew about 137 miles. 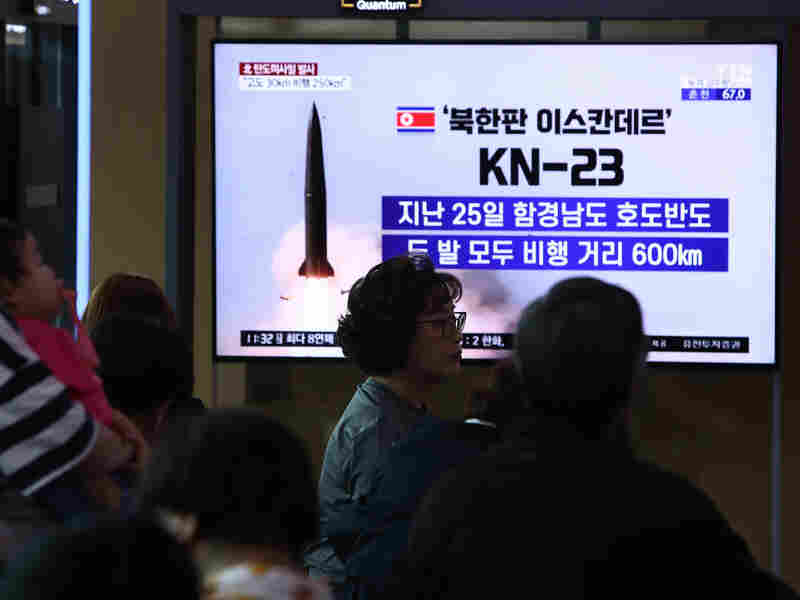 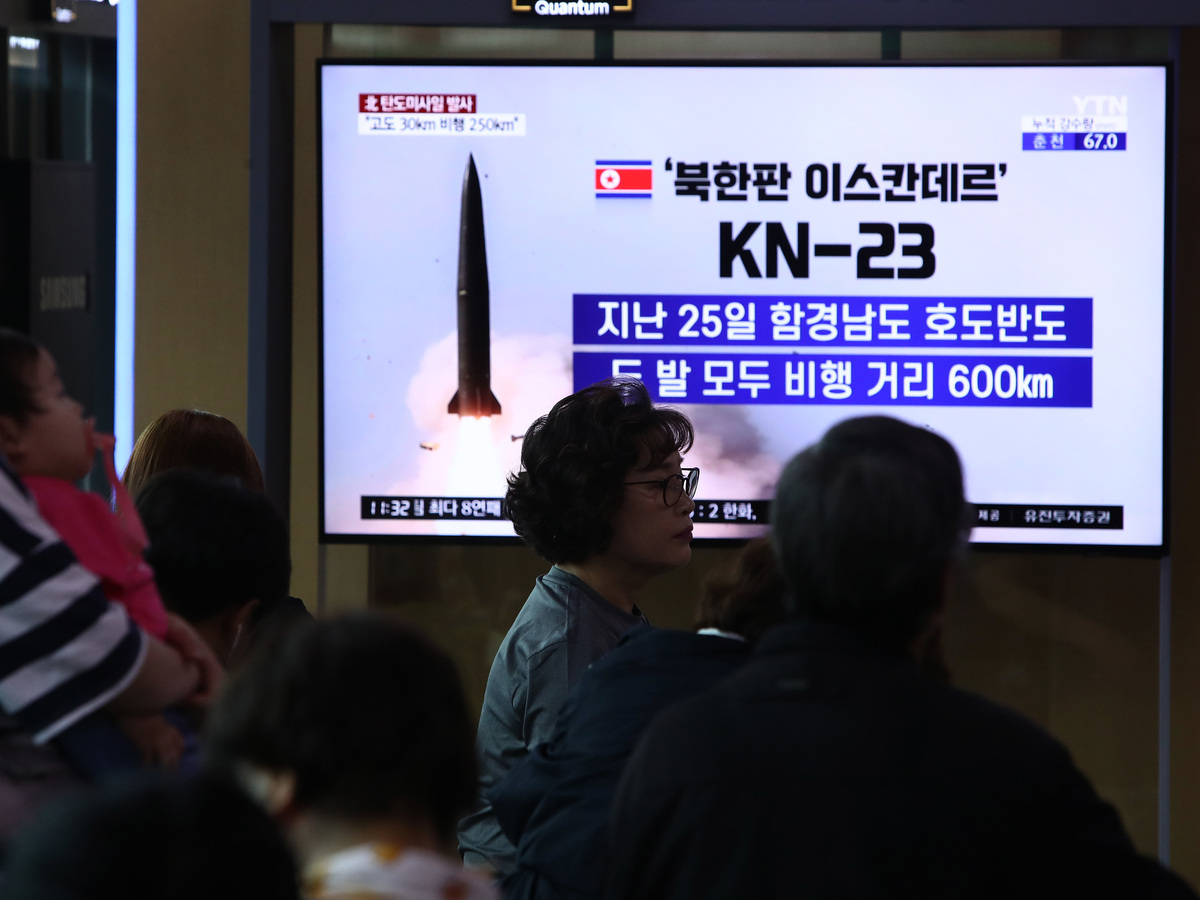 South Koreans in Seoul on Wednesday watch a news report about a missile launch.

North Korea has reportedly conducted a third test launch in just over a week, firing what appeared to be short-range ballistic missiles, according to South Korean officials.

The presidential office in Seoul said the South Korean and U.S. militaries believe the test involved short-range ballistic missiles. South Korea's Joint Chiefs of Staff noted that they flew about 137 miles and reached an altitude of 15 miles, traveling at the hypersonic speed of Mach 6.9.

Last week, North Korea is thought to have tested a pair of KN-23 missiles, based on Russia's SS-26 Iskander. As NPR's Geoff Brumfiel reported in May, such a weapon presents a challenge to missile defenses in South Korea. Defense analysts say the solid-fuel missile is highly mobile and uses its speed and erratic flight path to evade interception.

On Wednesday, the North conducted a second test, claiming later that it was of a "newly developed" type of tactical missile, apparently for use against ground forces.

South Korea's presidential office said it needed to conduct further analysis to determine exactly what type of projectiles were involved in the latest test. They were launched from North Korea's east and landed in the waters that separate the peninsula from Japan.

As NPR's Anthony Kuhn reports from Seoul, the U.S. has downplayed the recent spate of launches, with President Trump calling them "very standard," and Washington arguing that the tests of short-range weapons don't necessarily get in the way of resuming talks with Pyongyang aimed at ending the country's nuclear weapons program.

Nonetheless, North Korea has indicated that its tests are meant to emphasize its displeasure over planned U.S.-South Korea military exercises scheduled for this month.