Accessibility links
Landmark INF Treaty Between Washington And Moscow Collapses The Intermediate-Range Nuclear Forces Treaty was signed in 1987 by President Ronald Reagan and Soviet leader Mikhail Gorbachev. The U.S. has long accused Russia of refusing to comply with its terms. 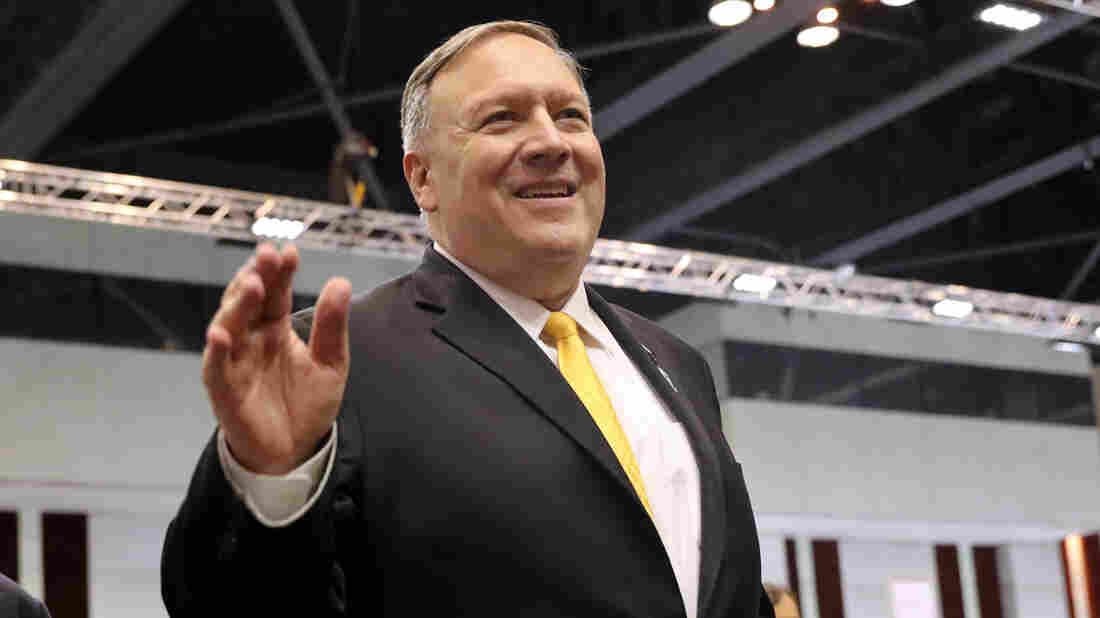 Secretary of State Mike Pompeo, in Bangkok on Friday, said the U.S. withdrawal from the Intermediate-Range Nuclear Forces Treaty is now in effect. "Russia is solely responsible for the treaty's demise," he said. Jonathan Ernst/AFP/Getty Images hide caption 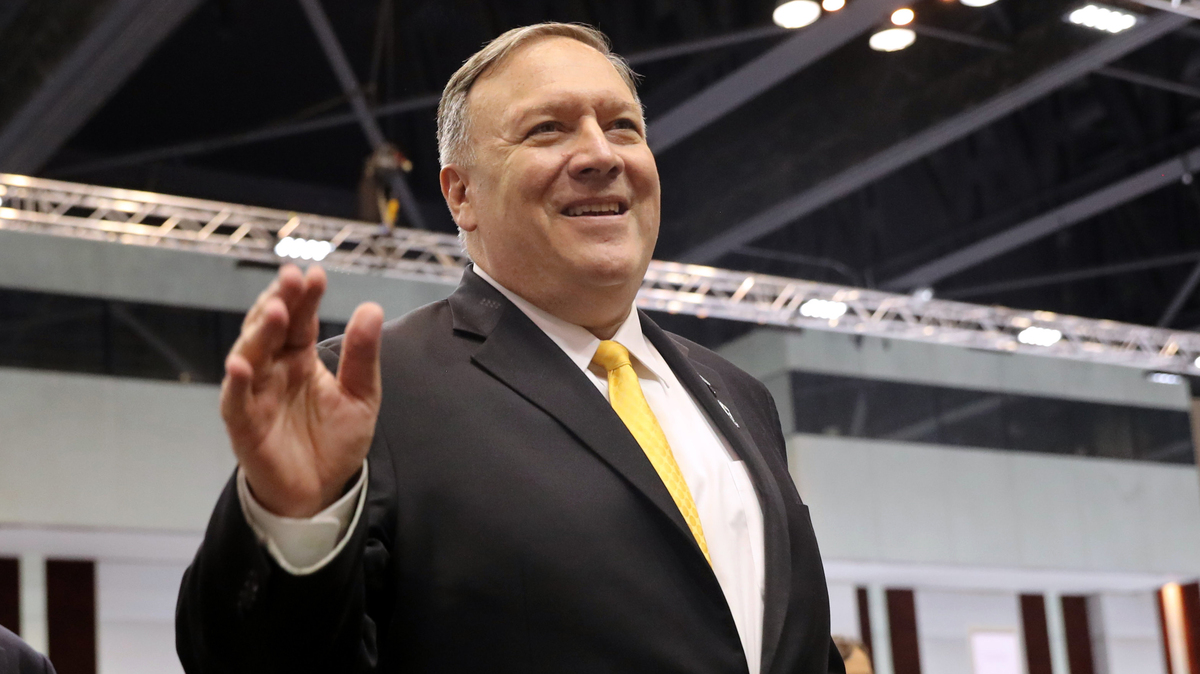 Secretary of State Mike Pompeo, in Bangkok on Friday, said the U.S. withdrawal from the Intermediate-Range Nuclear Forces Treaty is now in effect. "Russia is solely responsible for the treaty's demise," he said.

The Intermediate-Range Nuclear Forces Treaty, signed in 1987 by President Ronald Reagan and Soviet leader Mikhail Gorbachev, banned ground-launched cruise missiles with a range between 500 and 5,500 km (310-3,400 miles). More than 2,600 missiles were destroyed by 1991.

But both sides walked away from the pact Friday, each blaming the other for its demise.

"Russia is solely responsible for the treaty's demise," U.S. Secretary of State Mike Pompeo said in a statement. He accused Russia of failing to destroy all of its 9M729 ground-launched cruise missile systems, which the U.S. says are noncompliant.

In turn, Russia's Foreign Ministry released a statement that read, in part, "By denouncing the INF Treaty, the United States confirmed its commitment to abolishing all international instruments that do not suit it for one reason or another. This leads to an actual dismantlement of the existing arms control architecture."

The Trump administration announced in February that the U.S. was suspending its obligations under the 1987 INF treaty and would pull out in six months if Russia wasn't in compliance. That declaration prompted Moscow a day later to make its own withdrawal announcement.

Russia has consistently denied breaching the pact and insisted that the technical capabilities of its missile systems fall within the parameters of the agreement.

On Friday, Pompeo said Russia had developed, produced, flight-tested and fielded multiple battalions of its noncompliant missiles since "at least the mid-2000s." Trump administration officials said this week that they believe "all of western Europe is within range of this missile system."

NATO also pointed the finger at Russia for the INF Treaty's collapse. "We regret that Russia has shown no willingness and taken no demonstrable steps to return to compliance with its international obligations," the military alliance said. "A situation whereby the United States fully abides by the Treaty, and Russia does not, is not sustainable." 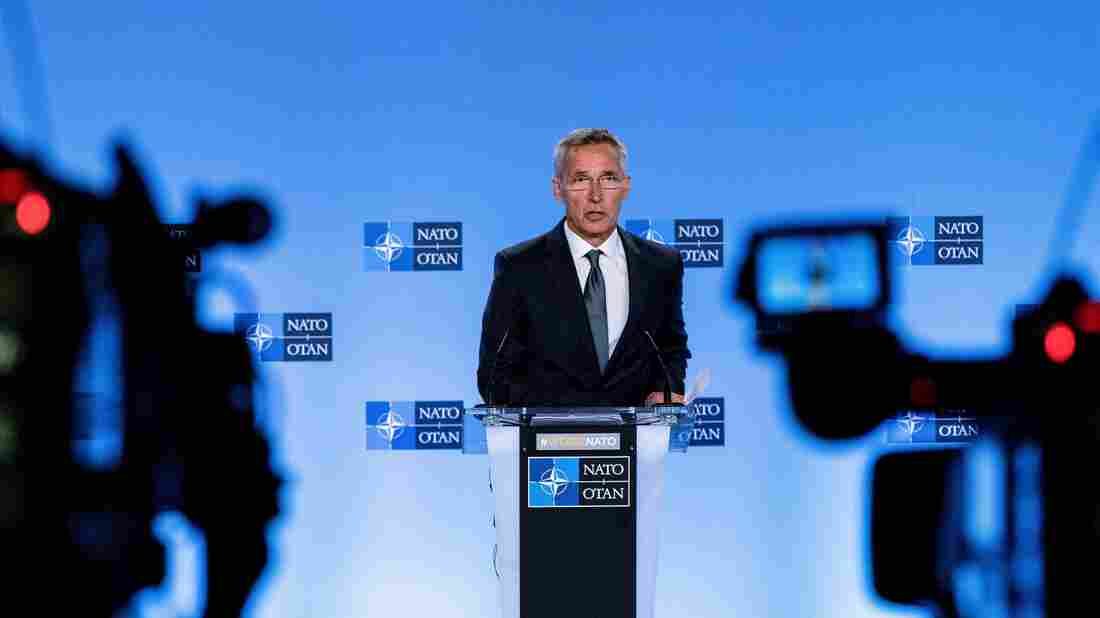 NATO Secretary-General Jens Stoltenberg speaks at a news conference about the end of the Intermediate-Range Nuclear Forces treaty at the NATO headquarters in Brussels on Friday. Kenzo Tribouillard /AFP/Getty Images hide caption 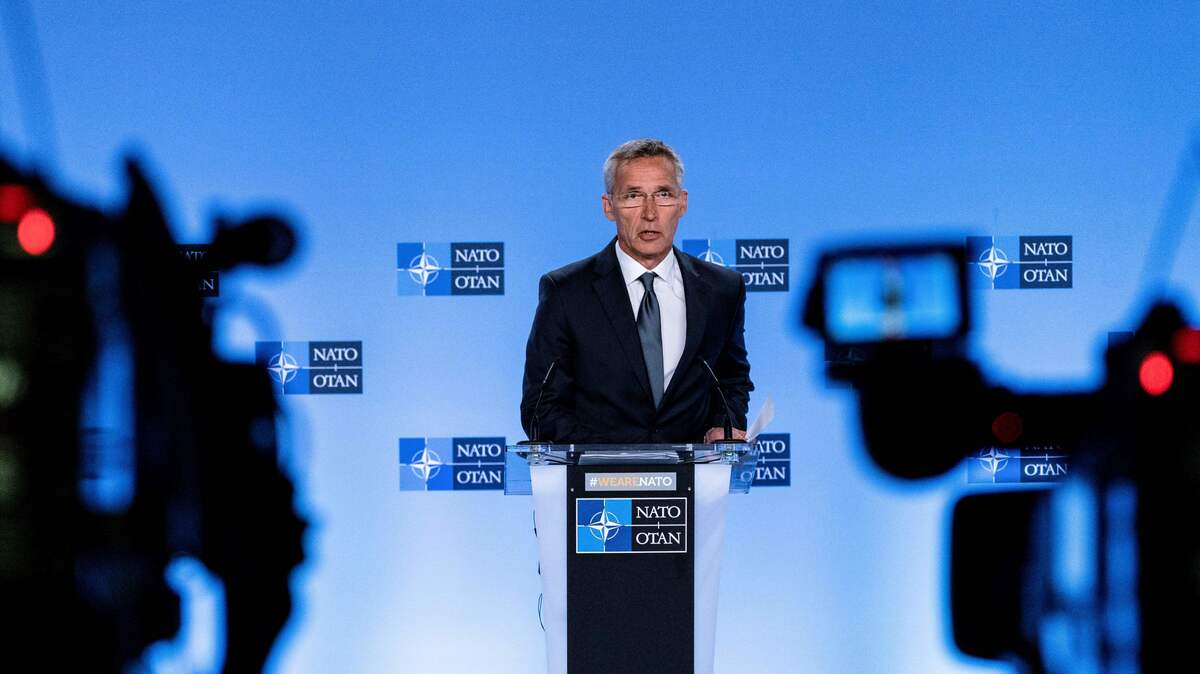 NATO Secretary-General Jens Stoltenberg speaks at a news conference about the end of the Intermediate-Range Nuclear Forces treaty at the NATO headquarters in Brussels on Friday.

NATO said it would respond in a measured way to risks posed by Russia's 9M729 missile to ensure deterrence and defense, using military exercises, intelligence, surveillance and reconnaissance. "We don't want a new arms race," NATO Secretary-General Jens Stoltenberg said at a news conference. "And we have no intention to deploy new land-based nuclear missiles in Europe."

A senior Trump administration official said at a briefing this week that the U.S. plans to flight-test a weapons system that would have violated the treaty. The official said the test would take place in the coming weeks, but that the United States was "years away from having an effectively deployable capability" because of "our steadfast adherence to the treaty for some 32 years."

European countries, including the U.K. and Germany, denounced the ending of the INF treaty. So did the International Campaign to Abolish Nuclear Weapons, a coalition of non-governmental organizations in dozens of countries. The coalition called upon "the leaders of all responsible nations to step up" and join the 2017 U.N. Treaty on the Prohibition of Nuclear Weapons.

There also are fears that Washington and Moscow might walk away from the New Strategic Arms Reduction Treaty, an Obama-era agreement to limit nuclear weapons. That treaty is scheduled to expire in early 2021.

If it is not extended or replaced, "there will be no legally binding limits on the world's two largest strategic arsenals for the first time since 1972," according to The Arms Control Association, a Washington, D.C.-based nonprofit.

When Reagan and Gorbachev came together at the White House to sign the landmark INF treaty, the U.S. president began by saying, "This ceremony and the treaty we are signing today are both excellent examples of the rewards of patience."

He went on to discuss a future full of possibility. "We can only hope that this history-making agreement will not be an end in itself, but the beginning of a working relationship that will enable us to tackle the other urgent issues before us," Reagan said.

The INF treaty did not come up in a phone call on Wednesday between President Trump and President Vladimir Putin, a U.S. official said at a briefing this week. The two leaders were said to have discussed trade as well as forest fires raging in Siberia.

On Friday, Pompeo said President Trump is beginning "a new chapter" and "a new era of arms control." The secretary called upon Russia and China to join in.