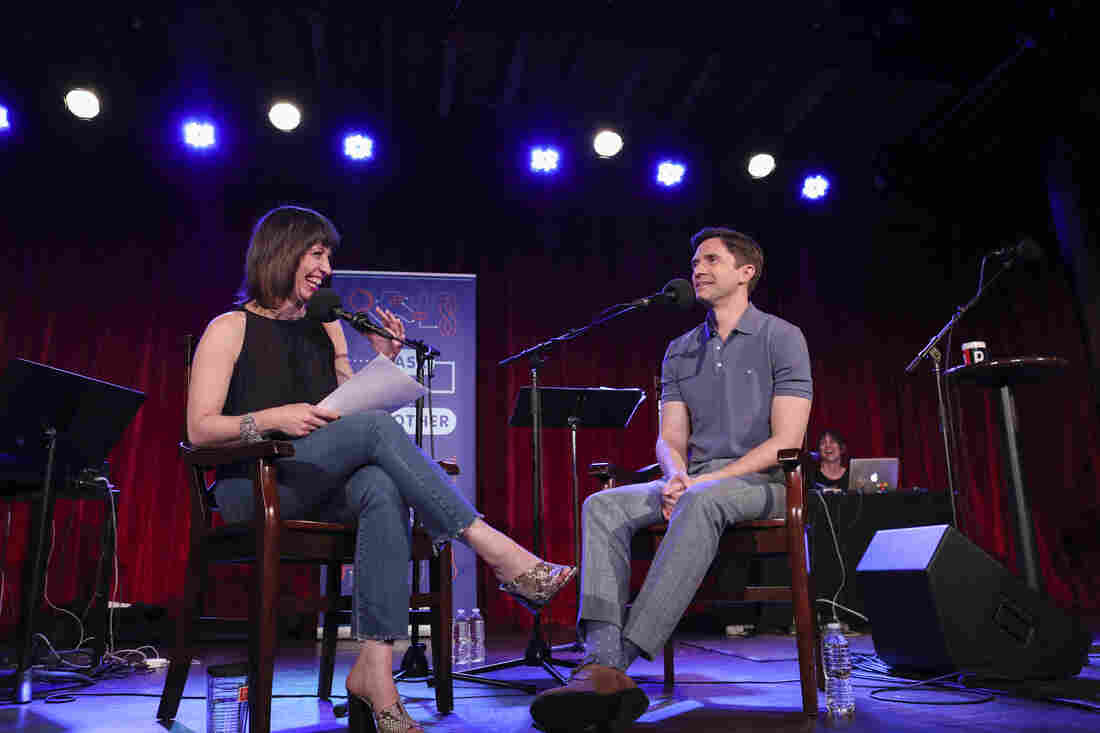 Ophira Eisenberg interviews Topher Grace on Ask Me Another at the Bell House in Brooklyn, New York.

To many, Topher Grace may still be best known for his role as Eric Forman on the late 1990s coming of age sitcom That '70s Show. But it's not like he's been resting on his laurels since then. Just in the past year, the actor has appeared in the Oscar-winning Spike Lee film BlacKkKlansman, and in a fifth season episode of Netflix's techno-pessimistic anthology series, Black Mirror.

And away from the camera, Grace hosts a podcast called Minor Adventures with Topher Grace, wherein he takes his friends from the entertainment industry out for a surprise activity — from undergoing a lie detector test with comedian Whitney Cummings to marrying a couple with actor Zachary Levi. In an interview Ophira Eisenberg, host of NPR's Ask Me Another, Grace joked that when he was initially approached about hosting his own podcast, nearly declined. "I'm too boring. Legitimately, I'm too boring," he said, on stage at the Bell House in Brooklyn, New York. "My wife and I always joke that if we did a reality show it would be about us watching reality shows." 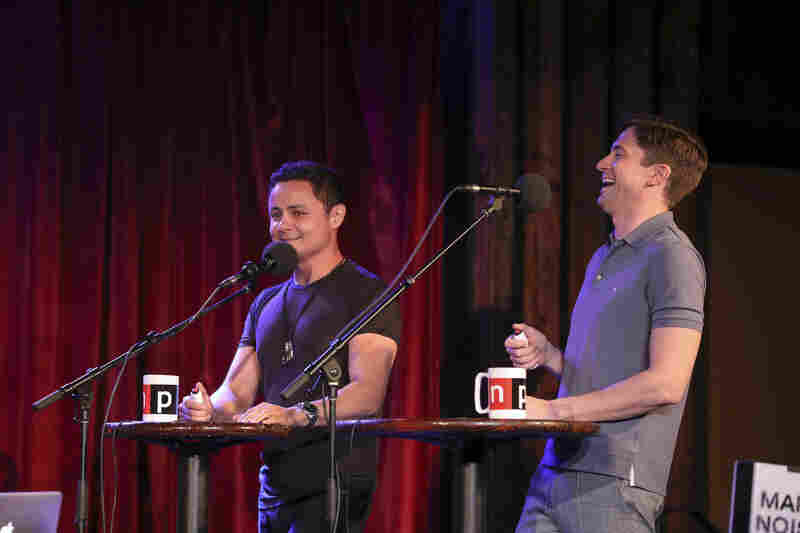 Ask Me Another guests Arturo Castro and Topher Grace at the Bell House in Brooklyn, New York.

Long before Grace became a professional actor, he was cast as the lead in the high school play during his senior year. It was there where he happened to be seen by the parents of one of his classmates who did set design for school production — they happened to well-known Hollywood producers and screenwriters Bonnie and Terry Turner. Later, during his first year of college at the University of Southern California, Grace was cold-called by Bonnie Turner, who encouraged him to audition for the lead in her latest project, which would become That '70s Show, Unprepared to try out for such a serious acting job, Topher showed up, not with the typical professional headshot, but rather "the picture was me and my friends just at Six Flags," he recalled. Still, he landed the part and he soon found himself on a hit show on Fox.

More recently, Grace has become something of a self-taught film editor. With a friend who edits trailers professionally, Grace once spent a full weekend cutting all ten Star Wars films into a single compact trailer. "This is how dorky it's gotten for us," he joked about how committed the two friends have become about a hobby-turned-job that stemmed from idle curiosity. After Disney representatives saw the trailer online, they reached out to Grace and offered to pay them to create something similar for the Toy Story franchise. "So now it's like a side-hustle kind of fun thing that we do," Grace explained. There are more projects in the works, but Grace acknowledged that they are, for now, under wraps, and protected by Non-Disclosure Agreements.

For his Ask Me Another challenge, Topher Grace was joined by Arturo Castro for a game that taps into his deep love of cereal — titled, Part of This Complete Breakfast.