Accessibility links
Surgeons In India Extract 526 Teeth From A 7-Year-Old Boy's Mouth The 7-year-old had long complained of pain and swelling in his jaw. Doctors say they found a "well-defined bag-like mass," which weighed 7 ounces and contained the toothlike "structures."

Surgeons Remove More Than 500 Teeth From Boy In India

Surgeons Remove More Than 500 Teeth From Boy In India 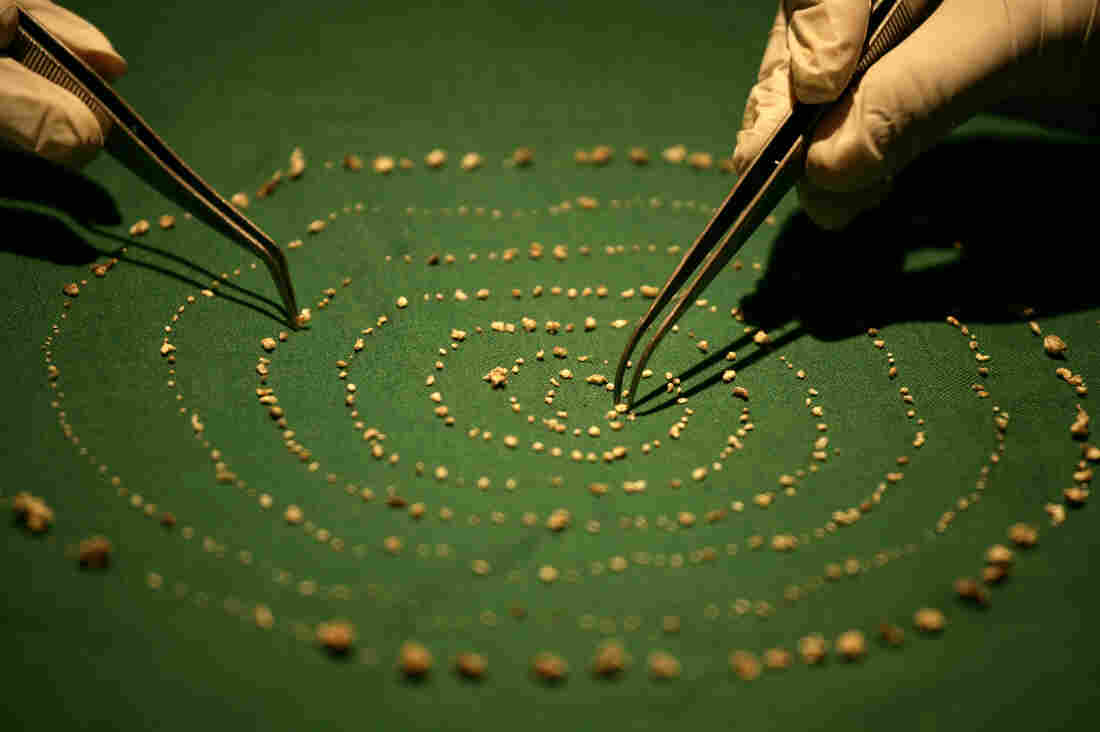 Doctors arrange toothlike structures removed from the mouth of a 7-year-old boy at a hospital in Chennai, India. P. Ravikumar/Reuters hide caption 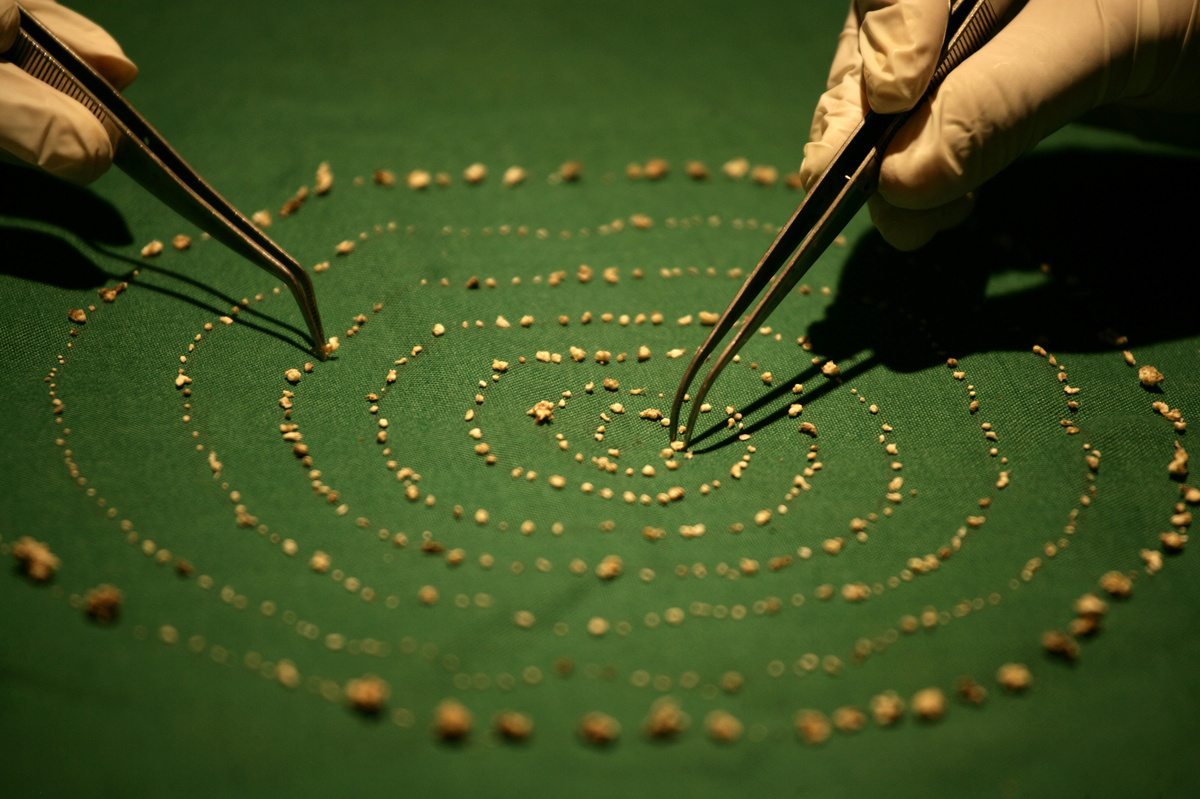 Doctors arrange toothlike structures removed from the mouth of a 7-year-old boy at a hospital in Chennai, India.

A 7-year-old boy had long complained of having a swollen and aching jaw. Surgeons at the Saveetha Dental College and Hospital in Chennai, India, operated and found 526 teeth crammed inside his mouth.

The boy had a "well-defined bag-like mass" extracted from his jaw, which weighed 7 ounces and contained hundreds of miniature teeth. Once it was removed, the medical team took five hours to meticulously search through and count all of them.

"It was reminiscent of pearls in an oyster," one doctor said.

The hospital statement did not release the child's name. He was discharged after three days.

Each tooth, which varied in size from 1 mm to 15 mm, displayed a crown covered by enamel and with a rootlike structure, according to the hospital's statement.

"Though there is no problem in the growth of other teeth in the boy, the growth of molar teeth is permanently affected, and he requires molar implants after turning 16," The New Indian Express reported.

The procedure did not require jaw reconstruction.

Surgeons said the lesion, known as compound odontoma, may be attributed to genetic or environmental factors.

According to the National Center for Biotechnology Information, odontomas are usually discovered in people during their first two decades of life but can occur at any age.

The hospital asserts that it is "the first ever case to be documented world wide, where so many minute teeth were found in a single individual."

A previous version of this story included a tweet from The New Indian Express that incorrectly said the operation took five hours. After the mass was removed, it took five hours for doctors to extract the teeth from the baglike specimen, according to the hospital.