Accessibility links
Amy Klobuchar Qualifies For September Democratic Debate With Donor Uptick The next debate has a tougher threshold than the past two. Minnesota Sen. Amy Klobuchar is the eighth presidential candidate who appears to have made it to the stage. 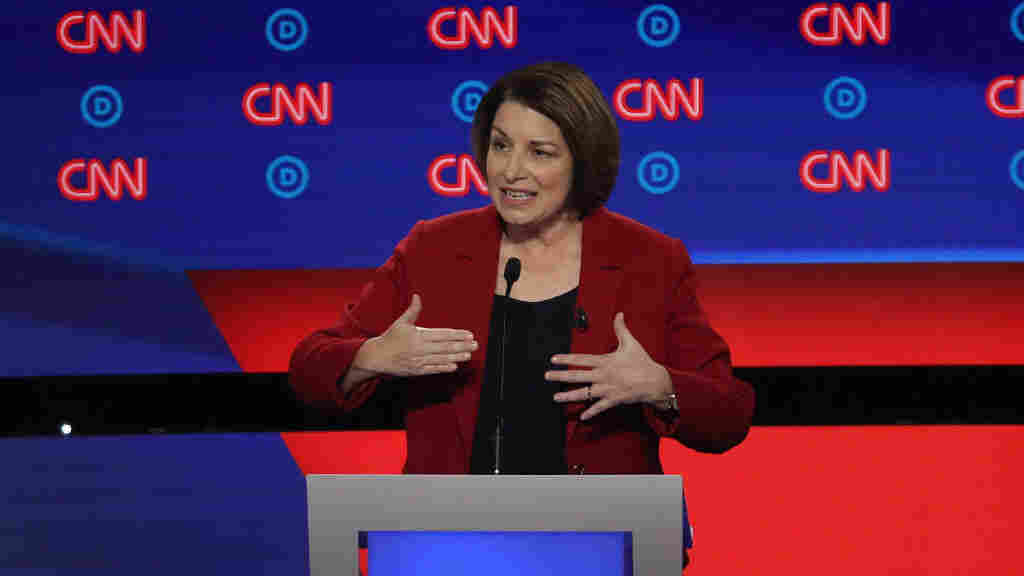 Minnesota Sen. Amy Klobuchar is the eighth presidential candidate who appears to have made it to the stage. The next debate has a tougher threshold than the past two. Justin Sullivan/Getty Images hide caption 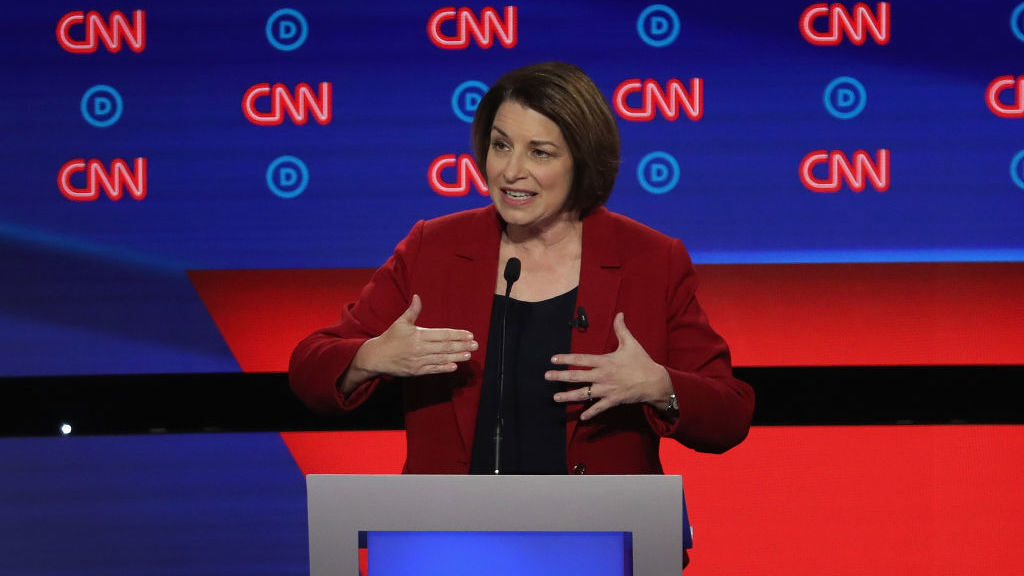 Minnesota Sen. Amy Klobuchar is the eighth presidential candidate who appears to have made it to the stage. The next debate has a tougher threshold than the past two.

Eight candidates have now qualified for September's next Democratic primary debate, with Minnesota Sen. Amy Klobuchar announcing Friday she had met the donor threshold to make the stage.

The Democratic National Committee set more stringent requirements for the third debate than for the first two. The September debate will be held in Houston and hosted by ABC News and Univision.

Previously, candidates had to reach one of two benchmarks — either 1% in at least three national or early state polls recognized by the DNC, or hit 65,000 unique donors in 20 states. That has led to 20 candidates qualifying in both June and July, resulting in a crowded two-night affair.

But for the next gathering, the criteria doubled. Now candidates have to hit both 2% in four polls and reach 130,000 unique donors — and meeting just one of those benchmarks is no longer sufficient.

The higher bar is expected to lop the debate field about in half. It could result in only one debate night, though that still depends on how many total candidates qualify. The DNC is expected to formally announce the lineup at the end of August.

Klobuchar had previously met the polling requirements; new donors pushed her across the finish line, the campaign said Friday.

Two other candidates are still on the bubble. Former HUD Secretary Julián Castro and entrepreneur Andrew Yang have qualified via donors, but each need one more poll where they hit 2% to get in. Yang's campaign initially claimed this week he had met the polling threshold, but the DNC rejected one of the surveys the campaign hoped would count.

Hawaii Rep. Tulsi Gabbard claimed on Aug. 2 she had hit the donor threshold. But she has a much longer way to go to actually make it to the stage than Castro or Yang; she's hit 2% in just one qualifying poll for September so far. Gabbard had a buzzworthy debate performance on Wednesday night, though, so it's worth watching to see whether that will boost her standing.