Accessibility links
Anthony Anderson Plays 'Not My Job' On 'Wait Wait... Don't Tell Me!' Anderson's initials are A.A., which made us think of Double-A baseball. Anderson plays sitcom dad Dre Johnson on Black-ish and also hosts ABC's To Tell the Truth. 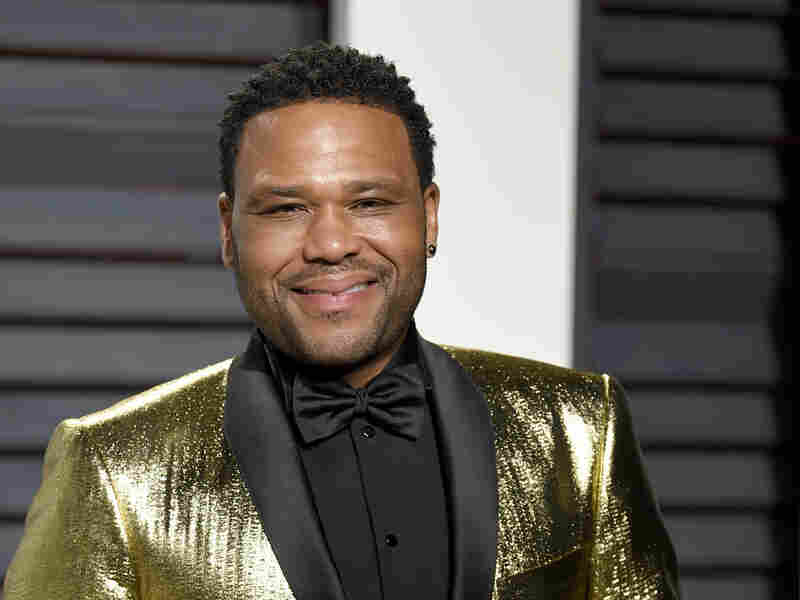 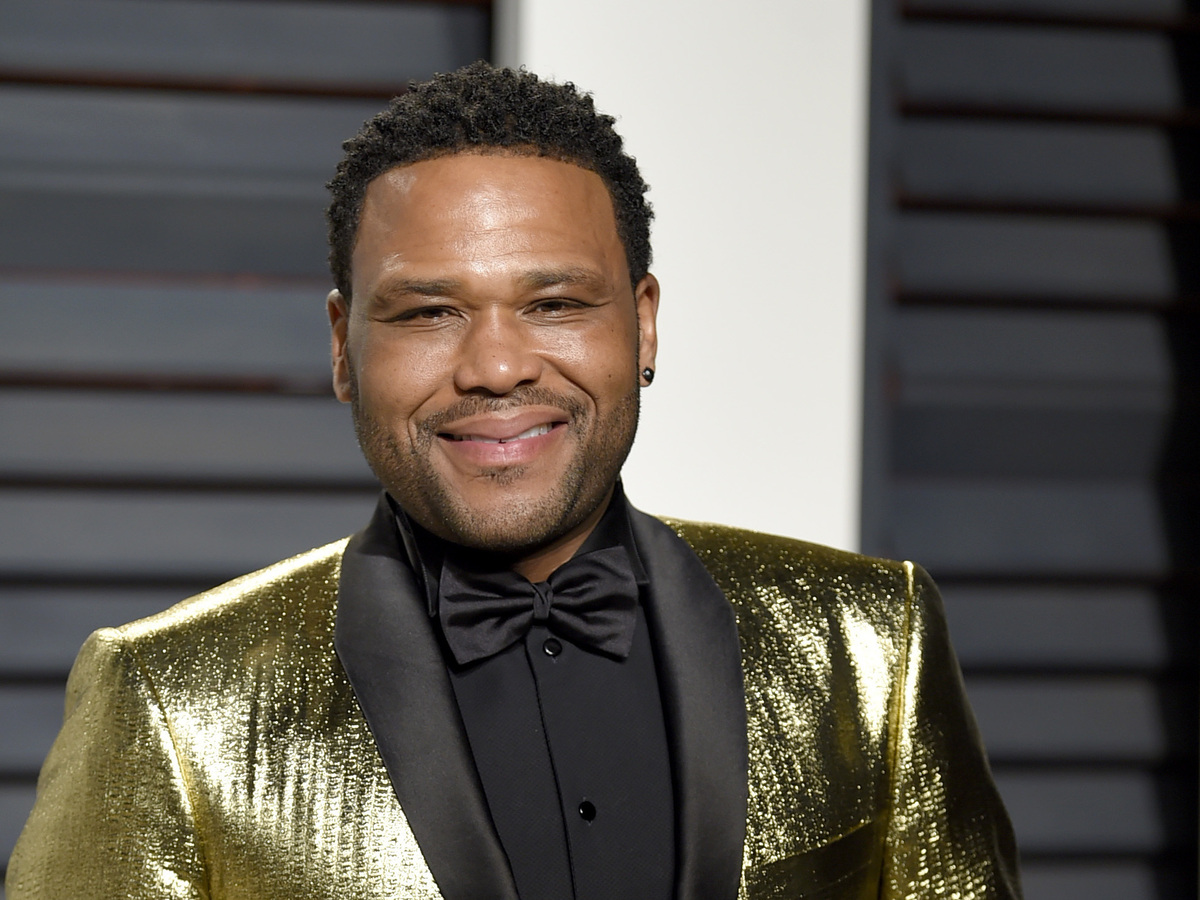 There are dads, good dads and great dads — but the greatest dads are sitcom dads. America's reigning sitcom dad is Dre Johnson, played by Anthony Anderson on Black-ish. Anderson is a veteran actor and stand-up comic who also hosts ABC's To Tell the Truth.

Anderson's initials are A.A., which made us think of Double-A baseball. We'll ask him three questions about the minor leagues. Click the audio link above to see how he does.

And now the game where we ask somebody who has better things to do to do something worse. It's called Not My Job. There are dads, and then there are good dads and great dads. But the greatest dads are the sitcom dads - the ones with crazy, loving families who argue but always end up loving each other more in the end. And America's reigning sitcom dad right now is Anthony Anderson of the show "Black-ish." He's also the host of "To Tell The Truth" on ABC. He's a veteran actor, comedian, standup. He's everything.

SAGAL: So "Black-ish" is, like, your - you've done so many things, but let's just focus on "Black-ish" because there's a huge tradition of, like, family sitcoms, right? It goes back to - god, I don't know - "Father Knows Best." And is it, like, a burden to be right now America's favorite TV dad?

SAGAL: And do you - do people, like, assume you're wise because you play a TV dad?

ANDERSON: No one would ever assume that I'm wise.

SAGAL: All right. That's fine about "Black-ish." I wanted to talk to you about the much more challenging and important thing that you do, which is hosting a game show.

SAGAL: What? What? Nobody told me this. Your mother is your sidekick.

ANDERSON: Yeah. My mother is - Mama Doris. That's that's my real mother, the woman that birthed me.

ANDERSON: And it's funny how it came about. I was doing an episode of "Celebrity Family Feud" with me, my mother, my sister-in-law, my brother and my aunt that's on the show.

ANDERSON: And the first question is...

ANDERSON: ...Posed to my mother. Where would a naked magician pull a rabbit out of? And without hesitation, my mother screamed to the heavens, his [expletive deleted], Steve.

SAGAL: And did Steve Harvey give her one of those five-minute-long burning looks like...

SAGAL: Right. Just you're all dealing with that.

ANDERSON: Yeah. And after the show, the producers came over to me, said, hey, can we talk to you about your mother?

ANDERSON: And I said, hey, guys - I told you she was a live wire. I do apologize.

ANDERSON: And they were, like, no, that's just it. We want your mother to be on your game show with you, to tell the truth. And I was, like, really? And they were, like, yeah, what do you think about it? I said, I think it's great because it gets her off my payroll and puts her onto yours.

POUNDSTONE: But you know what?

SAGAL: For - tell me how this works - to tell the truth. She's, like, sitting next to you.

ANDERSON: My mother is basically the voice of the people. She asks the questions that people who are at home are thinking. It was, like, well, why won't the celebrity ask this woman this? I want to know. Like, one episode, we have the woman - that woman on the show with the longest fingernails. You know, one of her fingernails was a little more than four or five feet long.

ANDERSON: And my mother asked the question, well, how do wipe your [expletive deleted]?

SAGAL: I'm going to say here - I don't know your mother, but I notice a trend in her comedy.

SAGAL: Now that she's a celebrity, has it gone to her head? Is, like, she demanding a bigger trailer than yours now or what?

ANDERSON: Demanding a bigger trailer, wants to get paid more than I do. She has an entourage. She has her own personal wig maker.

SAGAL: Oh, my God. That is amazing.

ANDERSON: She's evolved. She is truly a diva.

POUNDSTONE: Wait. I have a question. Go back to the magician, the naked magician.

POUNDSTONE: I don't see any other answer.

SAGAL: I was thinking the same thing...

POUNDSTONE: No disrespect to your mother's cleverness, but what other answer is there?

ANDERSON: Neither do I.

ANDERSON: And that answer was on the board.

SAGAL: Absolutely. Now, we heard that you are a pretty enthusiastic golfer. And, in fact, you've golfed with President Obama. What was that like?

ANDERSON: That was one of the best rounds of golf I've ever played.

SAGAL: And is Obama a chatty golfer, or is he one of those serious golfers who just wants to hit the ball and get down the course?

ANDERSON: Oh, no, no. He chats with you. He talks trash with you. And I'll tell you this. He took all of our money.

SAGAL: Did he really?

ANDERSON: He's that good of a golfer. It was Chris Paul, myself, Michael Phelps and President Obama. President Obama doesn't hit the ball long off the tee. He hits it about 220, 230 yards. But he hits it straight as an arrow right down the middle of the fairway. And he ended up taking money from all three of us.

SAGAL: I was about to say, you say he took all of your money. You, Chris Paul and Michael Phelps have a lot of money.

ANDERSON: And President Obama didn't have a problem taking any of it.

SAGAL: Was it just, like, that's how you're going to play?

ANDERSON: He suckered us into a bet.

ANDERSON: Because we didn't know if we could approach President Obama like that with a bet, so we bet amongst ourselves. And on the third hole, while we were teeing off, Obama was, like, so you guys aren't going to include me into the bet?

ANDERSON: And we were, like, well, sure, Barack. Come on. Get on board. This is what we're playing for. And he was like, all right. And he commenced to whip our [expletive deleted].

SAGAL: Wow, what a delight to talk to you, Anthony. But we have invited you here - and I hope you were warned about this - to play a game that this time we're calling...

BILL KURTIS: You've Been Sent Down To Double A.

SAGAL: Your initials are AA, of course, which made us think of double A baseball - that is, the minor league. So we're going to ask you three questions about minor league ball. Answer two correctly, you'll win our prize one of our listeners - the voice of anyone they might like on their answering machine.

Bill, who is Anthony Anderson playing for?

SAGAL: A local - all right. You ready here?

SAGAL: All right. Here's your first question. Minor league teams are famous for their promotions, right? One promotion thought up by the West Virginia Power was stopped before it could happen. What was it? A, animal sacrifice night...

SAGAL: ...In which they were to recreate with a live goat an ancient pagan ritual; B, salute to indoor plumbing night, in which they would close the bathrooms and ask everyone to use port-a-potties instead; or C, wife swap night, in which everybody had the chance to go home with somebody else?

SAGAL: You are very certain.

SAGAL: You went for the wrong stereotype. It's indoor plumbing.

SAGAL: It's salute to indoor plumbing night. They wanted to do this because the idea was you really appreciate indoor plumbing when you don't have access to it. But the health authority shut them down, so they weren't able to.

ANDERSON: All I have to say is you'd really appreciate someone else's wife if you've been married as long as some other people have been.

SAGAL: All right. Here's your next question, so two chances. You can still win this. Something that's never happened before happened at an Atlantic League minor league game just two weeks ago. What was it? A, a player swung his bat so hard it came around and hit him in the head so he knocked himself out...

SAGAL: ...B, a coach was ejected from a game for arguing with a robot umpire; or C, a pop fly was caught and carried away by a seagull, resulting in the first-ever bird-assisted home run?

ANDERSON: The baseball player swung the bat so hard that he swung around, hit himself in the head and knocked himself out.

SAGAL: I don't know if you can hear, Anthony, but they're all saying it's B.

ANDERSON: I'm going with swung, hit himself in the head and knocked himself out.

SAGAL: They're trying out this thing where a robot calls balls and strikes. A coach did not like the calls, argued and was thrown out by the human umpire who was monitoring. All right. You have one more chance to get one right. Here we go. Minor League games are known for their shenanigans, but one catcher tried something that cost him his job. What did he do? A, he carved a potato to look like a baseball and threw it to trick a runner while holding onto the real ball to tag him out...

SAGAL: ...B, he used poison ivy to turn to the opposing pitcher into an actual belly itcher...

SAGAL: ...Or C, tired of squatting behind the plate, he dragged a Barcalounger out there and just sat there and challenged them to make him move.

ANDERSON: Oh, my God. I am going to have to go with carved a potato and threw it to get that person out while he held onto the ball.

SAGAL: And I just want to say he did this. It worked. He got the guy out. But he was immediately thrown out of the game, and his baseball career was over. But the potato ball is now preserved in a baseball museum. It was such an amazing thing.

ANDERSON: I love it.

Bill, how did Anthony Anderson do on our quiz?

SAGAL: Anthony Anderson has been nominated for an Emmy for best actor in a comedy again for his lead role in ABC's "Black-ish." The new season premieres in September.

Anthony Anderson, what a joy to talk to you. Thanks for joining us on WAIT WAIT... DON'T TELL ME.

SAGAL: In just a minute, we golf like a god in our Listener Limerick Challenge game. Call 1-888-WAIT-WAIT to join us on the air. We'll be back in a minute with more of WAIT WAIT... DON'T TELL ME from NPR.