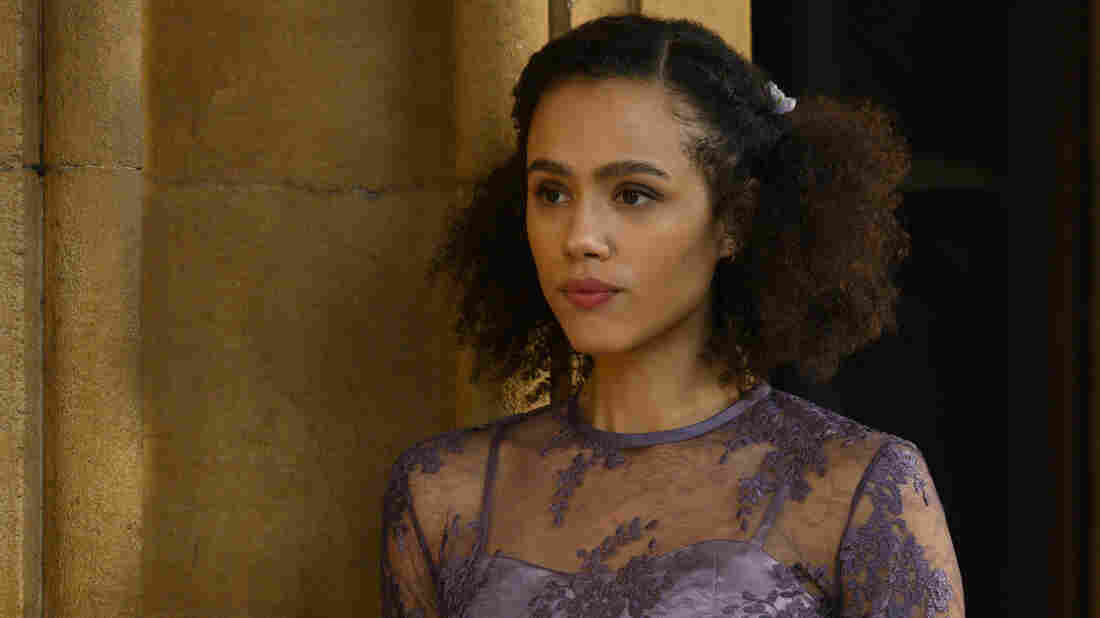 Nathalie Emmanuel is the best thing about the ultimately disappointing television adaptation of Four Weddings and a Funeral. Jay Maidment/Hulu hide caption 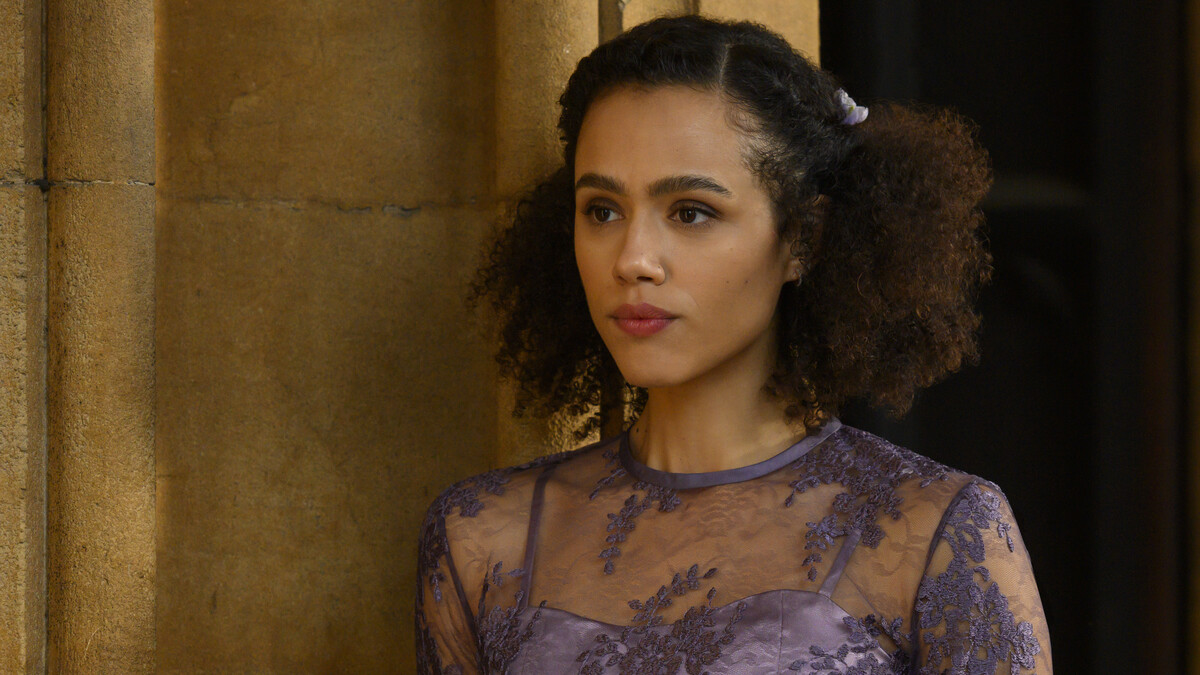 Nathalie Emmanuel is the best thing about the ultimately disappointing television adaptation of Four Weddings and a Funeral.

The idea of an anthology TV series inspired by Four Weddings and a Funeral, the 1994 film that established Flopsy-Haired Hugh Grant as a romantic comedy staple, is a solid one. I wish I were here with better news about how it turned out. I hung in with it as long as I could; there are ten episodes, and I watched all seven that they've made available to critics. I really wanted to like it.

Hulu's Four Weddings and a Funeral was created by Mindy Kaling and Matt Warburton, both of The Mindy Project -- so far, so good. While Mindy was inconsistent, it did some smart things with romantic comedy tropes. Its star is Nathalie Emmanuel, who recently wrapped up her run as Missandei on Game of Thrones, and she's entirely up to the challenge of playing Maya, a charming young American working for a politician she's also having an affair with. When the affair goes bad, she heads to London to get away and to attend the first of the weddings, between her best friend Ainsley (Rebecca Rittenhouse) and the charming but flaky Kash (Nikesh Patel). Once that wedding is over, she decides to stay. Thus does the real story begin.

Also in London are more of Maya's friends: Craig (Brandon Mychal Smith), who's keeping a secret from his girlfriend Zara (Sophia La Porta); Duffy (John Reynolds), who's been secretly pining for Maya for years in the way people used to think was cute; and Ainsley's British bestie, Gemma (Zoe Boyle), who isn't happy about Maya showing up to nudge her aside in Ainsley's life.

The good news comes from the natural charms of Emmanuel, as well as from some very pretty settings and shots. There's also a woman named Fatima (Rakhee Thakrar) who appears after a few episodes, and who brings a sparkle to her story. The bad news is the writing — just about all of the writing.

If you're going to write romantic comedy, it's important to understand what things are romantic. Duffy's charmless, sad-sack act in the early going, which presumes but does not establish some rooting interest in Maya's one day returning his feelings, is not romantic. (If I may throw in a reference: It's harder to do what Mary Stuart Masterson does in Some Kind Of Wonderful than it looks.) There's a moment when it seems like Duffy's arc is getting better, then it gets worse again.

Craig's story with Zara begins as a reasonably grounded tale about the effects of secrets on couples, but it turns into an absolutely bizarre reality-show plot that is never once welcome when it shows up in a scene. It never earns a moment of the screen time it receives, and it's not as funny as a send-up of such shows as I think the writers who created it meant for it to be.

Ainsley is stranded in a bunch of strange anecdotes about the store she owns, and despite efforts to zazz her up a little by adding a short appearance by Andie MacDowell as her mother and even romcom VIP Dermot Mulroney as a rich guy who drops in late in the proceedings, she's never interesting. Never. And it's not the actress' fault. It's the writing. There's just not enough reason to care about her.

The most promising romantic chemistry in the series is between Maya and Kash, who meet by chance early on when she's on the way to his wedding — without, of course, each of them knowing who the other is. But they spend very little time in each other's company for several episodes after that, which saps the show of the energy of the connection. To stretch an individual story of two people over 10 episodes of TV is really hard, and there are two ways to try to do it: You write a story between them that's 10 episodes long, or you tease it once and then take a long break. The first one is better; the second is easier. This show does it the second way. And without spoiling things too much, by the time they get back to it, it's not as appealing a direction as it once was.

There are things here that work nicely — Kash's interactions with his dad and his little brother are charming and sweet. An unexpected lunch Maya has with her ex's wife provides some surprising wisdom. But on the whole, these stories aren't comedic or romantic, particularly. Some of the pieces are there, but the satisfaction of seeing them click into place is missing. Characters meant to seem charming seem creepy, and decisions meant to seem whimsical seem destructive.

Presumably by the end, there actually will have been four weddings and one funeral. But that's regrettably just about the only way the show lives up to the billing.