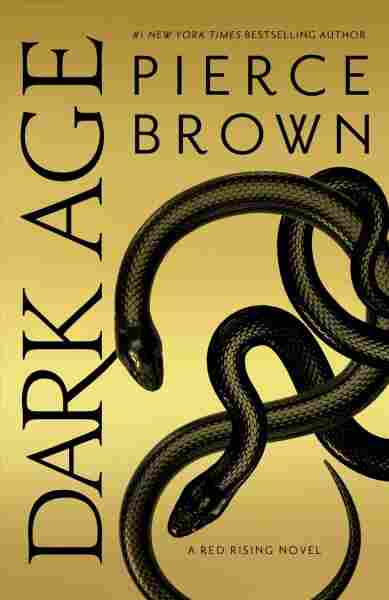 Any illusions of rescue that my return may have awoken now dispel. I cannot wave my hands and whisk them back to Mars.
This is no tale of salvation, it is one of sacrifice. This is our Thermopylae.

Yeah, the Reaper, Darrow of Lycos, (arguable) hero of Pierce Brown's epic Romans-in-space saga Red Rising is back. And he is furious.

Betrayed, cut off, abandoned by the Republic he founded, branded an outlaw and a traitor, Darrow is a desperate and vengeful war god loose upon the fields of Mercury, where the battered remains of his army cower under siege. He is cold. He is calculating and merciless. He is a thousand regrets armored in a million razors.

And he is the Darrow that I have been missing — not the mopey, sad or political Darrow that haunted a lot of Iron Gold, or even the young, fearsome Darrow of the first trilogy in the series, but angry Darrow. Old Darrow. Mean Darrow. A Reaper with a bloody, simple purpose: win or die.

That's where we begin — in such a cacophony of violence that it took my actual breath away. There is a rescue mission (not sayin' who), a space battle, a skin-of-the-teeth escape, blood and body parts, and always, Pierce Brown's distinctive voice — Homeric, kinda. Grand for certain. Shakespearian without the languor and wordplay. Like Coriolanus read to the tune of mass drivers and railguns.

In orbit, Lysander (one-time heir to the throne of the Society, deposed and sent into exile by Darrow after his rebellion) has returned to the fold, the Gold, the Core after 10 years away. Atalantia has risen to rule the Society now, following the death of her liege the Ash Lord in Iron Gold, and she's brought a brother with her: Ajax. Lysander's return is a complication to Atalantia's rule (maybe), but he claims he just wants the war between the Society Remnant and the Solar Republic to end before it devours every world and every family and every bloodline and leaves nothing but ash. To prove himself loyal, he follows Ajax to war. To Mercury, where the Reaper is waiting.

Brown's plots are like a depth charge of nitromethane dropped in a bucket of gasoline. His pacing is 100% him standing over it all with a lit match and a smile, waiting for us to dare him to drop it.

Brown's plots are like a depth charge of nitromethane dropped in a bucket of gasoline. His pacing is 100% him standing over it all with a lit match and a smile, waiting for us to dare him to drop it. As such, the blood is already running before he has retired the Roman numerals of the prologue and, by page 84, he's already onto the atomics, which is just crazy because, even at that point, the book still has over 600 pages left to run.

Around page 150, we get a breath. A short one. Part one concerns itself primarily with the war for Mercury. Much of what follows is aftermath, skullduggery and prodding forward complimentary plots started books ago. Darrow's wife Mustang, real name Virginia, gets her own POV chapters this time around — sitting as Sovereign of the Republic and battling to unite them again in support of her husband. This covers the politics. Lysander gives us our vision of the Core worlds, the Gold excesses, the murderous insanity of Atalantia and Ajax. Ephraim the thief, the serial switcher of sides, is our window into the criminal side of Brown's world, as he tries to un-kidnap Pax — the son of Darrow and Mustang — and Electra, daughter of Victra and Darrow's brother-in-arms Sevro.

And it's a LOT, I know. But no one is walking cold into this series at book 5. At this point, anyone picking up a Pierce Brown book should know what they are getting into — this clockwork wonder of family loyalty, blood oaths and violent death. So while I really do believe that Dark Age might be the best in the series (and certainly the most mature), what I'm really doing here is huckstering for the whole smash. From its Hunger-Games-in-space beginnings to this, it has grown into epic space opera on par with Dune in its best, weirdest, fullest flowering. I'm asking you to read 3,000-some pages, sure. But there are worse ways to spend your time.

Still, in the macro view, seen as a cog in the series as a whole, Dark Age is about growing up and the death of illusion that comes along for the ride. It is about loss and sacrifice as stated, and the absolute hell of that. It is about the lies that the old tell in order to keep spending the lives of the young at war.

At this point, anyone picking up a Pierce Brown book should know what they are getting into — this clockwork wonder of family loyalty, blood oaths and violent death.

But for Darrow, it is about that moment when a hero to billions begins to lose his balance and tip over into becoming a villain. It is about seeing the fall coming, knowing it is coming and not being able to do anything at all about it.

Early on, Lysander gets the lines that sets the stakes going forward and shows the course that Brown is plotting in his head: "We teeter upon oblivion," he says. "Everything humanity has built. All the sacrifices, the hierarchy, the wars ... for what? If Gold loses, the Republic will fracture into kingdoms, the kingdoms to fiefdoms. The fiefdoms to tribes. It will become a dark age of fractured planets and war for 300 years."

And he is not wrong. In this clash of absolutes, this war between purities so tarnished by the means used to defend them, Brown has set in motion a bloody, starving machine — one that will not stop running until it has devoured everyone.

And Dark Age is just the start of it all going wrong.