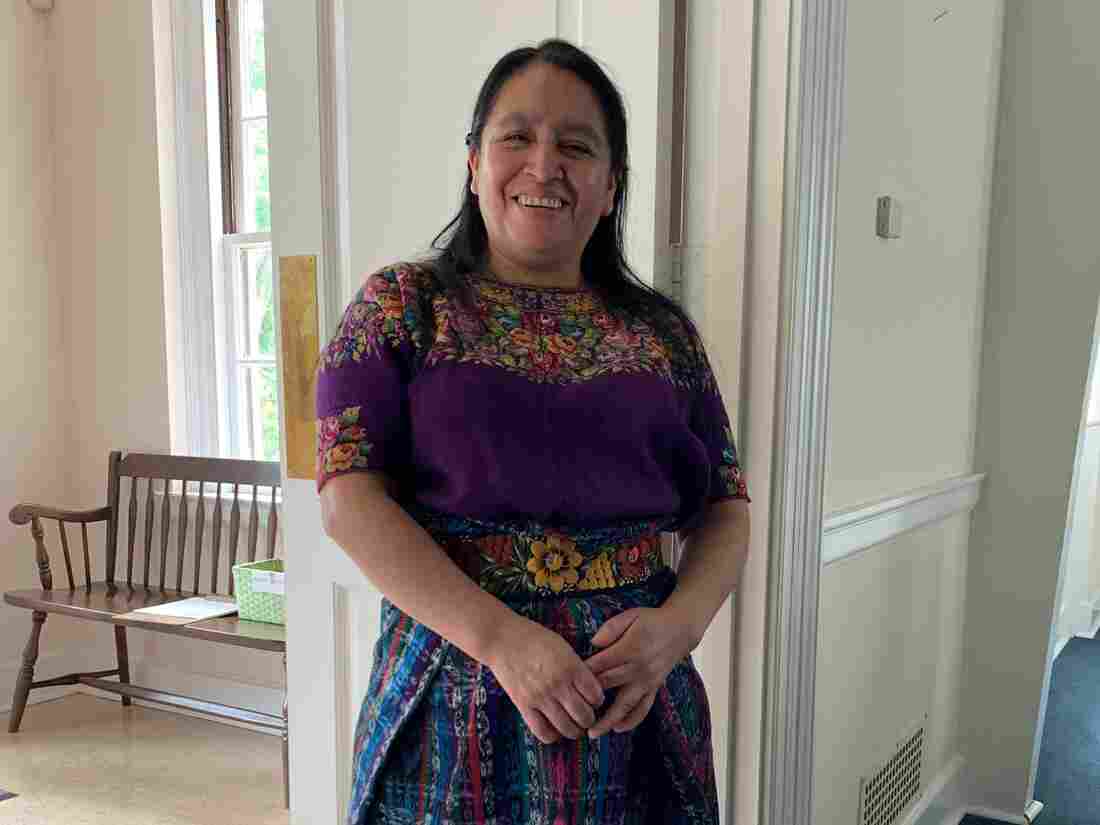 Maria said she hopes that she is granted asylum when her case is re-opened, so she can start working again and have a normal life. Courtesy of Isaac Collins hide caption 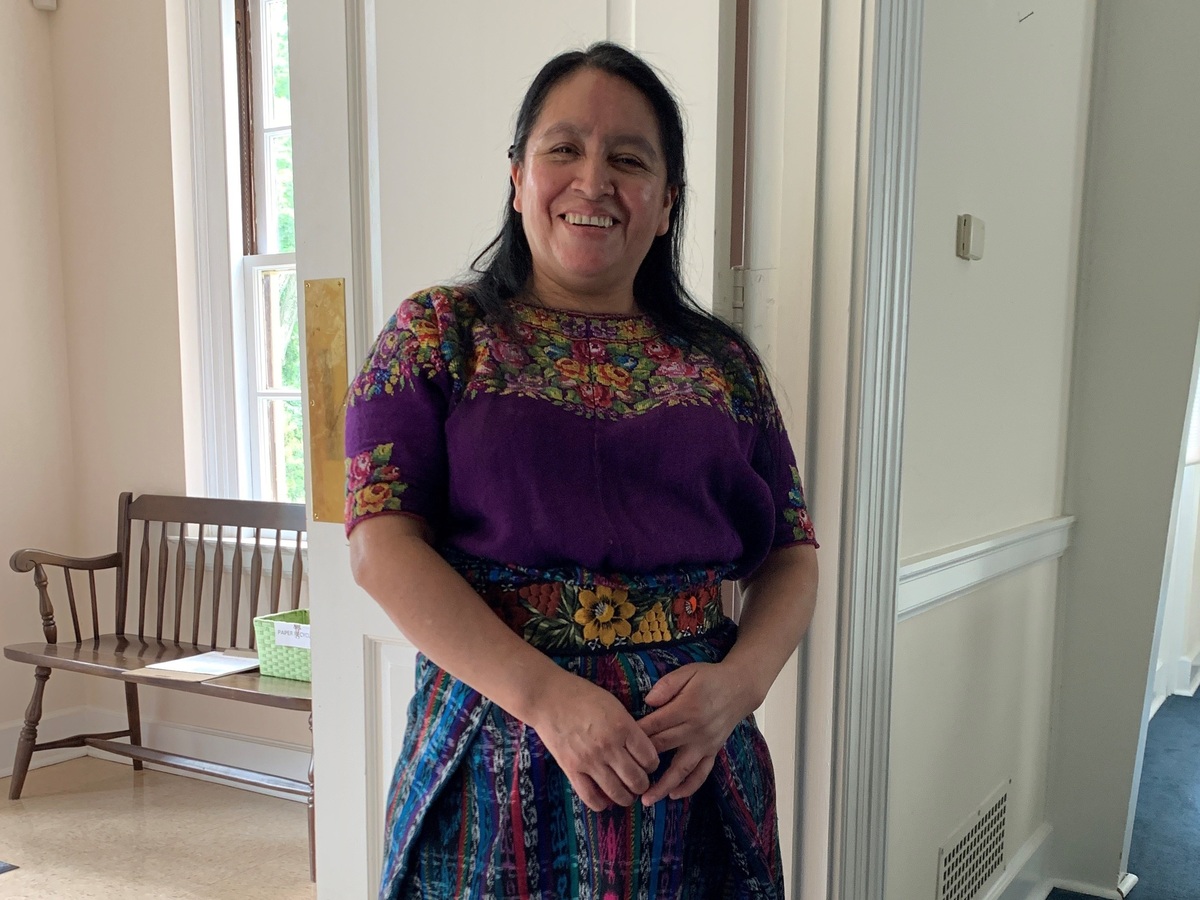 Maria said she hopes that she is granted asylum when her case is re-opened, so she can start working again and have a normal life.

Wesley Memorial United Methodist Church doesn't outwardly attract much attention. The small brick building is situated in the middle of Charlottesville, Va., across the street from the University of Virginia's campus. But over the past ten months, the church has become emblematic of the city's immigration activism, since it became home to an undocumented woman avoiding deportation.

Maria Chavalan Sut, an indigenous Guatemalan woman, came to the United States in 2015 seeking asylum. She passed the credible fear test at the border after she explained how her home had been burned down by a powerful group that wanted to take her land. The Guatemalan civil war and ensuing genocide had been a threat to her family's existence for her entire life. With her home destroyed and fearing another attack, Maria says she had no other option but to leave.

"I didn't know any other way but to come here so I could continue living," Maria says.

Maria relocated to Richmond, Virginia, where she went to weekly check-ins with immigration officers. In 2018, Maria was given a notice to appear in court. The document was written in English and didn't include a place or a time.

When Maria didn't show up to her court date, she was ordered to be removed from the country.

Maria received her deportation order with two weeks notice. That's when Lana Heath de Martinez, an immigrant rights consultant from Richmond, reached out to the leaders of a few churches she thought might be willing to offer Maria sanctuary. Immigration and Customs Enforcement typically avoids enforcement actions at sensitive locations like places of worship, according to its website.

Isaac Collins remembers getting a call from Martinez on the night of September 29, a mere 24 hours before Maria was scheduled to be escorted by ICE to the airport to leave the United States for good. The 31-year-old pastor of Wesley Memorial had only been in his role for three months at the time, and suddenly found himself faced with a major decision.

"I'm the youngest pastor they've ever had, so there was still building trust with the congregation," Collins says. "And most church people will tell you that it's not a good idea to do something drastic that changes things very much in the first 18 months of your job."

But Collins said he knew that saying yes was the right thing to do. Within a matter of hours, it was decided that his church would offer Maria sanctuary.

Wesley Memorial has a small congregation of roughly 100 people - a mix of college students and older residents, predominantly white. Collins said that when he announced at Sunday services on September 30 that Maria would be staying there, their response was overwhelmingly supportive. Several church members were there to greet Maria when she arrived at the church that evening with her belongings in trash bags.

Maria hasn't left Wesley Memorial since. She has her own apartment area within the church, with a bedroom, kitchen and living room space.

She said she keeps herself busy making Guatemalan dishes like tamales with members of the community, tending the church's garden, taking weekly English lessons and crafting handmade bags, which she gives to donors and others who show their support." 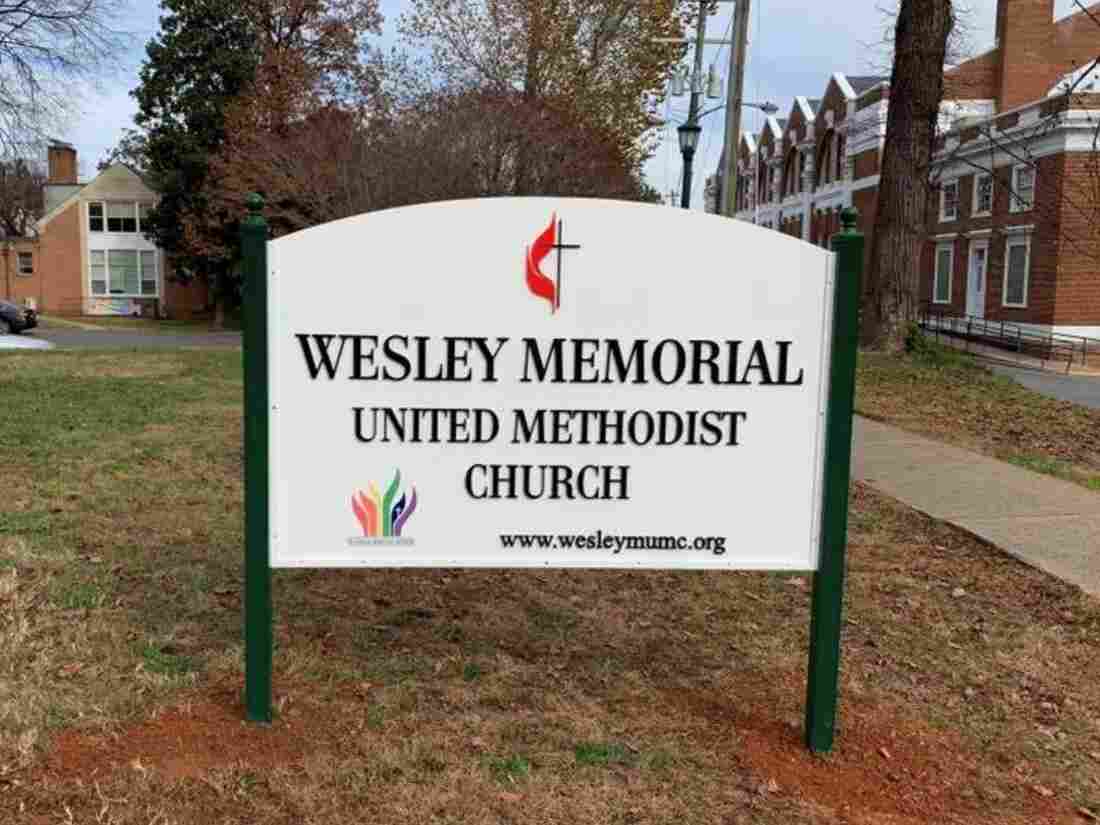 Wesley Memorial has a congregation of about 100 people, a mix of college students and older Charlottesville residents. Courtesy of Isaac Collins hide caption 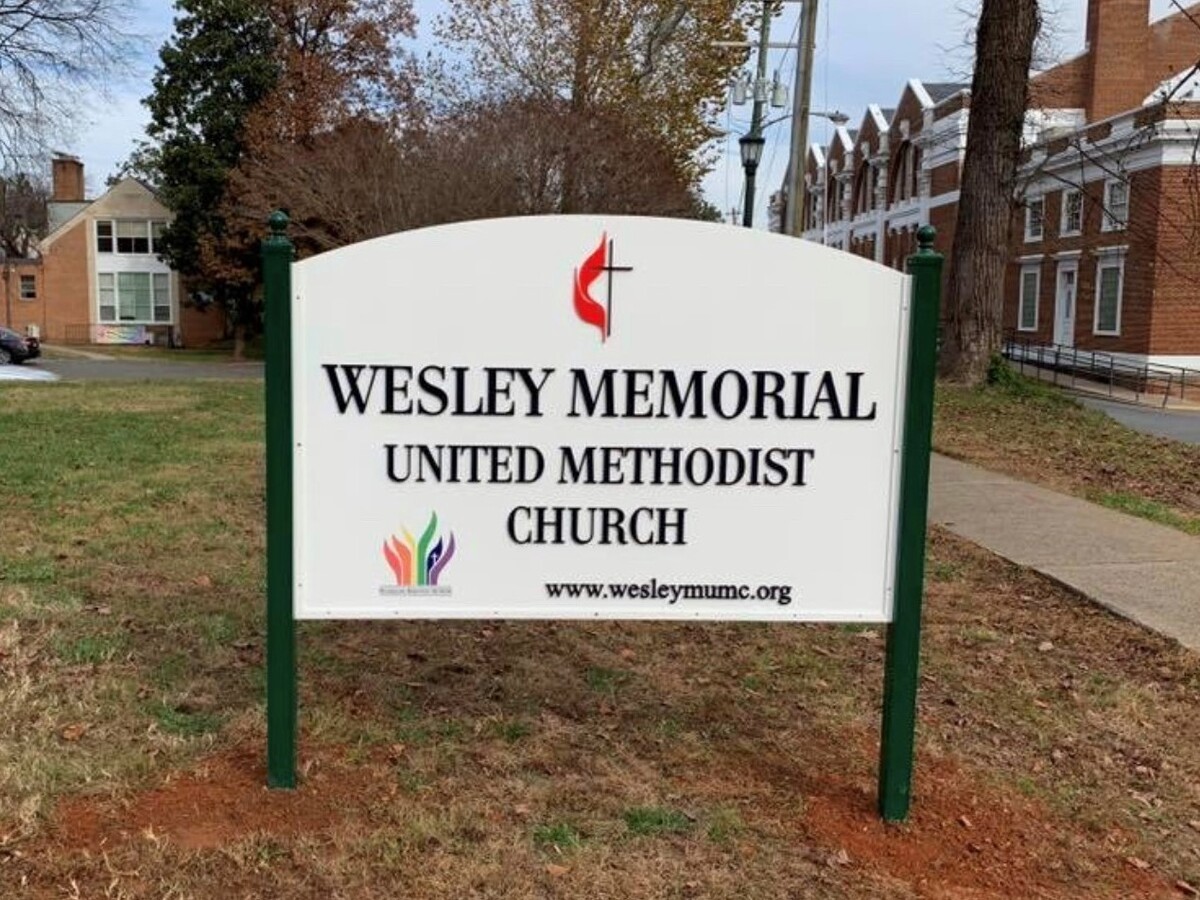 Wesley Memorial has a congregation of about 100 people, a mix of college students and older Charlottesville residents.

At first, Maria said the adjustment to living in a church was hard. "There was a moment when I first got here when it was hard to do a lot because I wasn't feeling well emotionally," Maria says. "I didn't think I was going to be able to heal."

But as the months passed, Maria said the church began to feel more like a home. As an indigenous person, she's experienced discrimination ever since she can remember. Surrounded by a community that she says is so inclusive and focused on equality, it's the first time that Maria can just be.

Though her experience at Wesley recently has been restorative, there are times when Maria has to face the painful aspects of her situation. Last month, Maria received a notice of intent to fine from ICE, stating that she owes the government over $200,000.

"It was hard to know how to react because I have no means of paying that fine," Maria says. "I have a desire to work but the amount of that fine is an impossible amount for me. I try not to worry too much about it, because the worry will only negatively impact my well-being."

ICE has issued notices like these to several people living in sanctuary throughout the country over the past few months. It can impose fines of up to $799 for each day an undocumented person fails to present themselves for deportation.

Collins said he and the rest of the team members working on Maria's case hope the fine will be thrown out in court, as he thinks it's an unreasonable expectation.

"We hope that a judge will see that it's just a ridiculous, excessive fine that's an absurd thing to expect of her, or of any undocumented person who's received them," Collins says.

Collins said the church community has become a lot more diverse since Maria began living there, as immigration activists started attending events to show their support.

Beyond the shift in the congregation's demographic, Collins said that Maria's stay has been a clarifying experience and an opportunity to show what the church represents - a willingness to help the vulnerable.

"We're more informed about the realities for undocumented people in this country," Collins says. "We have a front row seat to how this administration and how ICE treats undocumented people, and ... it's opened our eyes to the reality that's going on in every community. We're just bolder in what we stand for."

Maria's team has submitted multiple appeals on her behalf to reopen her asylum case. They're waiting on the paperwork for her latest appeal to be processed, and hoping for the case to be heard before the end of the year. The plan is to prove that Maria's right to due process was violated by the notice to appear in court without a date and time, so she can restart the process to attain permanent legal status.

Last year, the Supreme Court ruled it was reasonable to assume that a person who received a notice to appear without a specified date and time wouldn't be able to complete that request. This ruling, along with the fact that Maria meets the criteria for asylum, is what her team says strengthens her case to stay.

Until then, Maria will remain at Wesley Memorial, waiting to resume her life outside its walls.

An earlier version of this story stated that Maria Chavalan Sut sells the bags that she makes. In fact, she gifts the bags to church donors and receives donations.