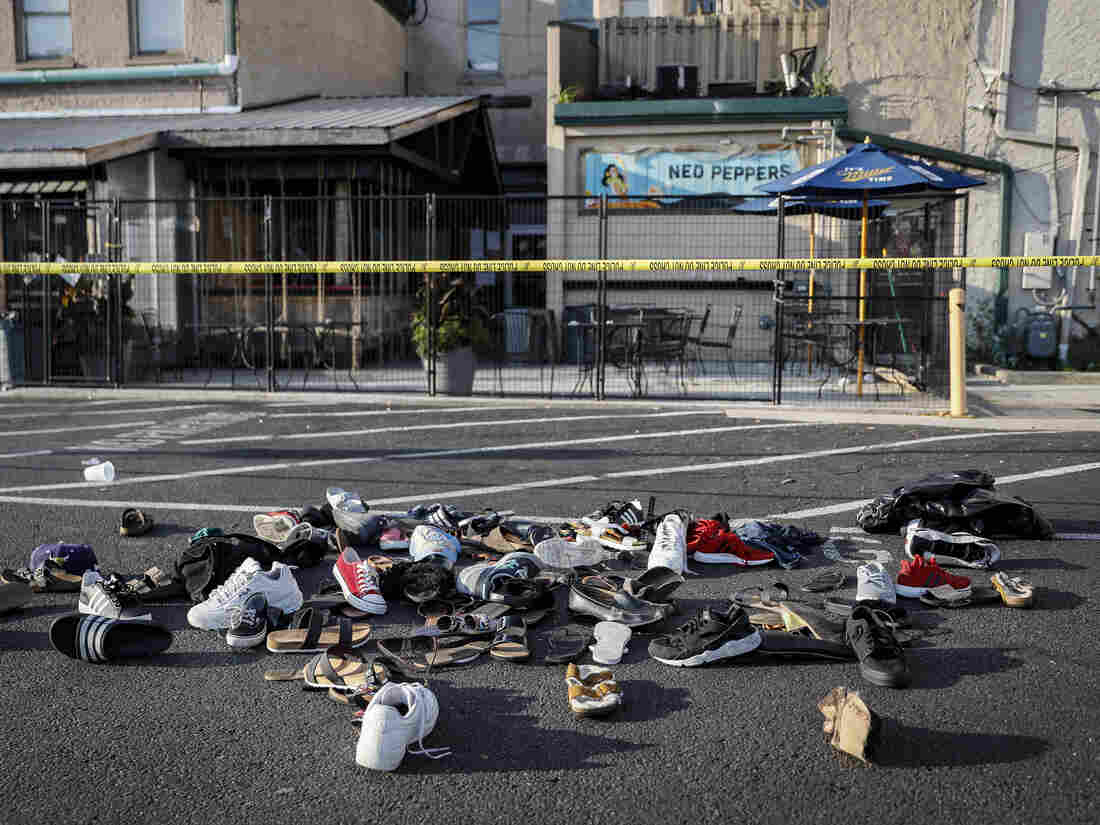 Shoes of victims are piled at the scene of Sunday's mass shooting in Dayton, Ohio. John Minchillo/AP hide caption 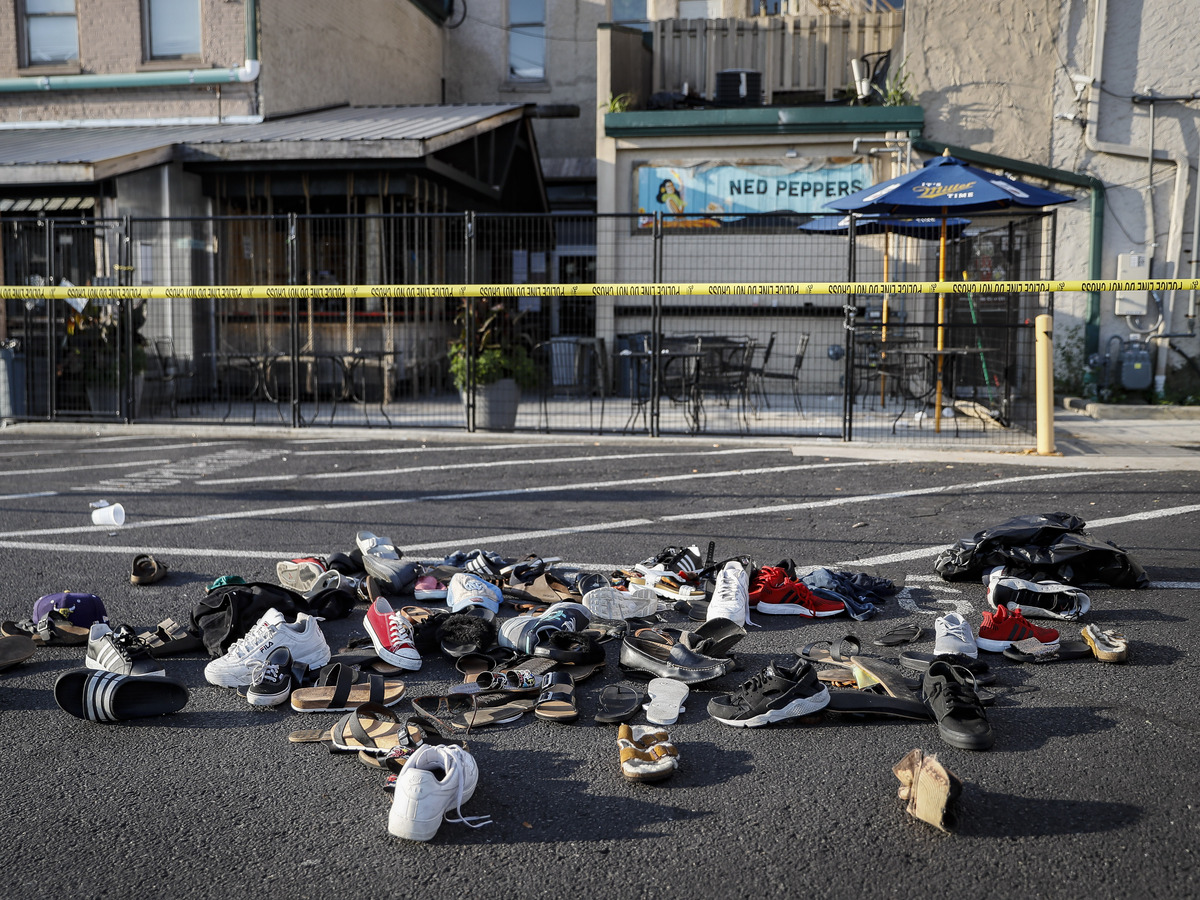 Shoes of victims are piled at the scene of Sunday's mass shooting in Dayton, Ohio.

It took about 30 seconds to bring down the gunman who killed nine people and injured 27 others in a crowded section of downtown Dayton, Ohio, early on Sunday morning — just hours after another scene of violence in the Texas city of El Paso.

But figuring out why the alleged shooter, Connor Betts, who lived with his family in a sleepy suburban Midwestern community, descended on scores of innocent people — including his younger sister and a friend — is a question that will take much longer to solve, said Dayton Police Chief Richard Biehl in a news conference Sunday afternoon.

What officials have offered is a timeline of the deadly events that ended in dozens of lives upended almost instantly. On-duty officers first heard shots at 1:05 a.m. as they patrolled what is normally a safe and lively part of the city just before local bars shut down. Within approximately 20 seconds, six officers were running toward the hail of bullets pouring from the shooter's .223-caliber high capacity rifle with 100-round drum magazines.

"They engaged a suspect who was actively firing and attempting to enter a crowded liquor establishment," Biehl said.

Ten seconds later, the shooter, who was wearing a mask, a bulletproof vest and hearing protection, was dead. Lying beside the body was a shotgun that had not been discharged.

"The threat was neutralized at approximately 30 seconds of the suspect firing his first shots," Biehl said.

He added that the 24-year-old shooter had a minimal criminal history as an adult — only a pair of traffic violations are included in his record. Biehl noted that both weapons were purchased legally, explaining the more destructive rifle was ordered online from Texas and "transferred to the suspect from a local firearms dealer." The shotgun was purchased in Ohio.

"There's nothing in this individual's history or record that would have precluded him from purchasing that firearm," the police chief explained.

Biehl released surveillance footage showing panicked crowds running down the street to escape bursts of rapid gunfire, as well as a 911 call made moments after the shooting began.

Dissecting Betts' movements before the attack have proved more complicated. Biehl said the shooter arrived at the nightlife spot in the same car as his sister Megan Betts, 22, and a friend, "but they were separated at some point later in the evening."

It is unclear whether he intended to fire on her, but Megan Betts was the youngest of her brother's victims — who ranged in age from 22 to 57. The other person in the car was also shot but survived. Police have not released his name.

Biehl said the man has been questioned by police and they are attempting to glean information that will help them piece together the shooter's whereabouts after the group parted ways.

Bellbrook Police Chief Doug Doherty, whose department helped execute the warrant, said the FBI removed a vehicle from the property.

Authorities said that as of Sunday afternoon, 12 of the 27 people injured in the shooting were still in the hospital. One was in critical condition.