Accessibility links
'Gods Of The Upper Air' Traces The Birth Of Cultural Anthropology Charles King tells the story of Franz Boas' powerful challenge to racial science — and of how others like Margaret Mead and Zora Neale Hurston contributed to that project. 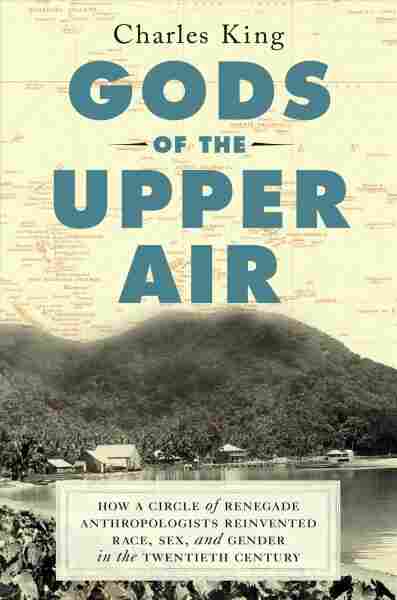 Gods of the Upper Air

How a Circle of Renegade Anthropologists Reinvented Race, Sex, and Gender in the Twentieth Century

Title
Gods of the Upper Air
Subtitle
How a Circle of Renegade Anthropologists Reinvented Race, Sex, and Gender in the Twentieth Century
Author
Charles King

In the United States around the turn of the 20th century, anthropologist and German immigrant Franz Boas challenged the accepted view, at the time, that all human beings could be grouped into fixed races.

According to this erroneous view, where you were born and what complement of genes you received from your ancestors determined both your physical form and your character. This race science purported to show that white Europeans were genetically destined to be the best and the brightest; other races were profoundly inferior by comparison.

As Charles King writes in his captivating Gods of the Upper Air, "The deep inequality of potential and achievement across the races was taken for granted." An "invasion of inferiors" through immigration into the United States had to be avoided at all costs.

Boas knew this racial science was wrong because he had evidence to prove it wrong. Having already carried out anthropological research in Arctic Canada, Boas was appointed to a professorship at Columbia University in 1897. He and his students interviewed people living in New York City and made physical measurements of them. The results showed that U.S.-born children of immigrants had more in common with other U.S. kids than they did with people from their ancestral groups. Children adapted to their new diets and new environments in all kinds of ways, even in the very shape of their heads.

By 1911, Boas knew, in King's words, "there was no reason to believe that a person of one racial or national category was more of a drain on society, more prone to criminality, or more difficult to assimilate than another." More variation occurs within so-called "races" than between them.

What utterly radical notions these proved to be! From the 1880s through the 1940s, Boas and his "circle of renegade anthropologists" — as noted in King's subtitle — helped in the U.S. to establish anthropology as a discipline and confronted the falsities of scientific racism. Through fieldwork around the globe, these scholars showed the "plural, fluid, and endlessly adaptable nature of both human bodies and the societies they make."

They showed too that European customs and beliefs make up just one way to be; there's nothing either more evolved or inevitable about them. The best thing any of us can do to expand our circle of moral compassion, they urged, is to try "as hard as possible to divest yourself of the opinions common to the environment in which you were born" when considering the lives of others.

King's comprehensive archival research illuminates intellectual giants in the circle who are remembered, read and celebrated today. Margaret Mead, through her fieldwork in Samoa and New Guinea, her long association with the American Museum of Natural History in New York and her popularization of anthropology in the pages of Redbook magazine and on TV talk shows, became a familiar and recognized figure.

Zora Neale Hurston did groundbreaking fieldwork on folklore among African Americans in towns across Florida and elsewhere in the American South. At the time, almost no one else thought it a valuable topic of study. Hurston's novel Their Eyes Were Watching God is a beloved piece of writing still, and it's fascinating to picture her doing as King describes, early on, standing on a corner in Harlem and asking to measure people's heads in service of Boas' research. King writes too about Ruth Benedict, whose book about postwar Japan, The Chrysanthemum and the Sword, became a bestseller, and of Ella Cara Deloria, who as an ethnographer of the Dakota Sioux taught Boas a great deal about language and culture on the Great Plains.

Mead stands out, especially for the links between her personal and professional lives. From young adulthood on, she was inclined toward polyamory, feeling cosseted and constrained by her culture's ideal of monogamy. Benedict was the love of her life, even as she had multiple relationships (and marriages) with men, some characterized by emotional turbulence. King shows how the combination of Mead's own beliefs, her training and her fieldwork led her to rethink how gender is understood. Just as with race, more differences occur within categories than between them; maleness and femaleness are socially constructed categories, not biological binaries.

Occasionally, though, King goes too far. That Mead "writhed with desire" for one of her lovers borders on casting Mead as oversexed. It's more instructive to learn the degree to which Mead faced intense misogyny, including from anthropologist Edward Sapir, who wanted to marry her. Mead left instead for Samoa, and Sapir suggested she needed to be institutionalized. For scholars Hurston and Deloria, racism was an added burden on top of the sexism.

As the years went on, the racist American science against which this group fought became a model for the eugenics of Nazi Germany. Yes, the Nazis centrally targeted Jews, and the U.S. targeted people of color, but the links are genuine and King says so powerfully:

"At the time, any right-thinking American took many of the basic ideas the Nazis espoused as natural and well proven, even if they weren't accompanied by a swastika. The Germans had spent the 1930s not so much inventing a race-obsessed, overweening state as catching up with one."

Mandatory segregation was in place in the U.S. almost everywhere. Immigration laws were designed to favor the people "the Nazis called Aryans," and they were complemented by widespread policies of enforced sterilization.

The reach of Boas and his circle was immense, yet they knew the struggle for equality would be prolonged. Boas' final words, uttered in 1942 just before he collapsed at the Columbia Faculty Club, were said to a visiting scholar who fled Paris in the wake of the German occupation: "We should never stop repeating the idea that racism is a monstrous error and an impudent lie."

With a light yet unmistakable touch, King connects the dots from Boas' time to ours. He mentions President Trump's describing of Mexicans as "rapists" during the kickoff of his presidential campaign, and we get the point: The reduction of human beings to types — people stereotyped as inferior and menacing, deserving of being keep out or cast out — is a clear and present danger.

Reading Gods of the Upper Air, though, provides inspiration. The anthropology of equality tells us that every population is as fully human as any other and deserving of understanding and compassion.

Barbara J. King is an author and anthropology professor emerita at the College of William & Mary. Her most recent books are How Animals Grieve and Personalities on the Plate: The Lives & Minds of Animals We Eat.