Accessibility links
Iran Reportedly Seizes Iraqi Tanker In Persian Gulf The unidentified vessel was reportedly taken last Wednesday near Farsi Island, where Iran maintains a naval base. Iraq's oil ministry has denied it has any connection with the ship. 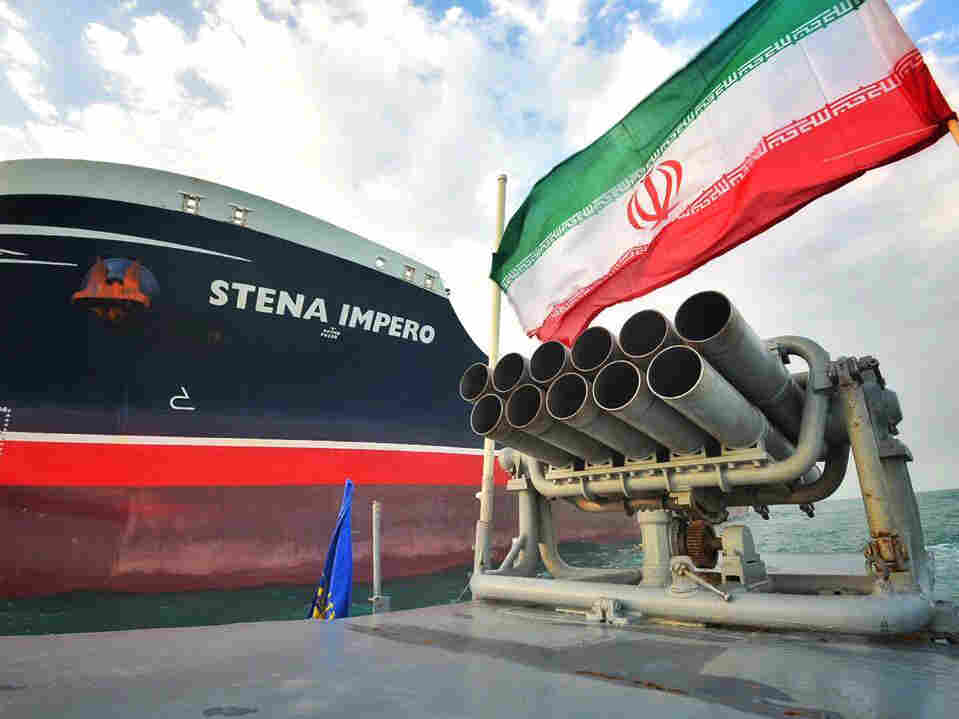 A photo from Iran's semiofficial Tasnim news agency shows the U.K.-flagged Stena Impero, which was seized on July 19. Iran said Sunday that it had seized yet another vessel, an Iraqi oil tanker. Contributor/Getty Images hide caption 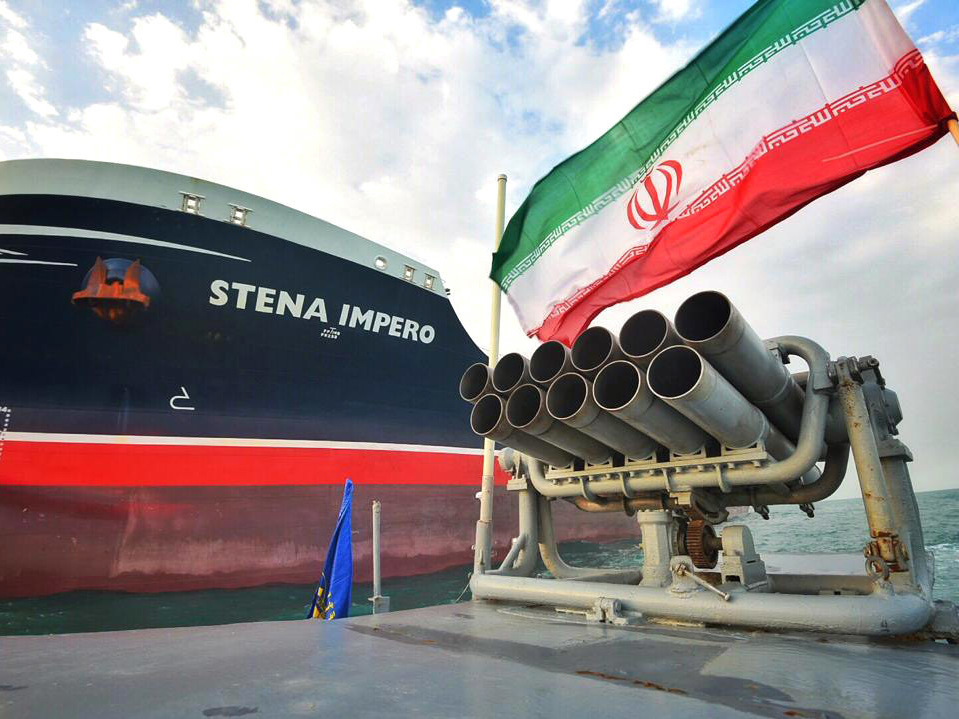 A photo from Iran's semiofficial Tasnim news agency shows the U.K.-flagged Stena Impero, which was seized on July 19. Iran said Sunday that it had seized yet another vessel, an Iraqi oil tanker.

Iran says it has seized an Iraqi oil tanker in the Persian Gulf, including seven crew members, for allegedly smuggling fuel. It is the third such incident in just two weeks amid rising tensions in the strategic waterway.

The country's state news agency IRNA quoted Iran's Revolutionary Guard as saying the ship was seized near Farsi Island last Wednesday and was found to be illegally transporting 700,000 liters (185,000 gallons) of diesel. Iran's Fars news agency said the ship was taken to Bushehr Port in southwestern Iran and that its fuel had been turned over to authorities.

"This foreign vessel had received the fuel from other ships and was transferring it to Persian Gulf Arab states," Revolutionary Guard Commander Gen. Ramazan Zirahi was quoted by the Fars news agency as saying.

If verified, it would be the third time in two weeks that Iranian forces seized a foreign vessel in the Persian Gulf. Last month, Iran seized the U.K.-flagged tanker Stena Impero and also briefly detained a U.K.-owned oil tanker, Mesdar.

The Stena Impero, taken on or about July 19, is still reportedly detained in the Iranian port of Bandar Abbas. Shortly after it was taken, Britain's foreign minister, Jeremy Hunt, said the action "shows worrying signs Iran may be choosing a dangerous path of illegal and destabilizing behavior."

Hunt said he believed the Stena Impero incident was in retaliation for the seizure by Britain's Royal Marines of an Iranian oil tanker near Gibraltar on July 4, allegedly for carrying crude oil destined for Syria in violation of European Union sanctions.

Last month, the Pentagon said the amphibious assault ship USS Boxer had shot down an Iranian drone in the Strait of Hormuz as a defensive action. That came a few weeks after Iran shot down a U.S. RQ-4 Global Hawk surveillance drone that it said violated its airspace. The U.S., however, insisted that the Global Hawk was operating over international waters.