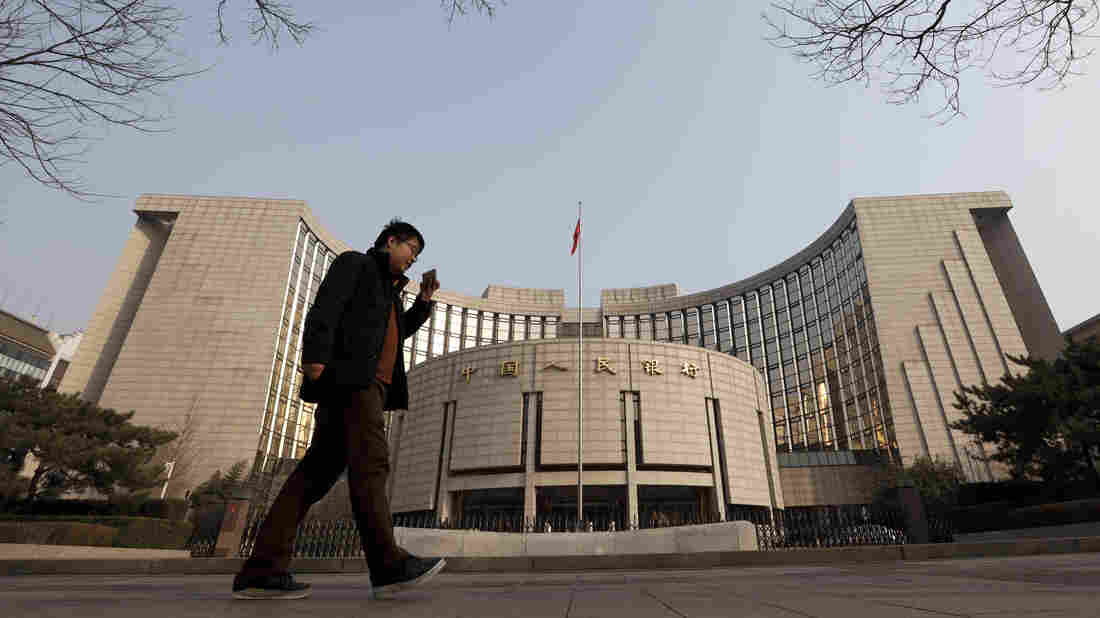 A man walks past China's central bank, which appears to have orchestrated the yuan's fall against the U.S. dollar. Andy Wong/AP hide caption 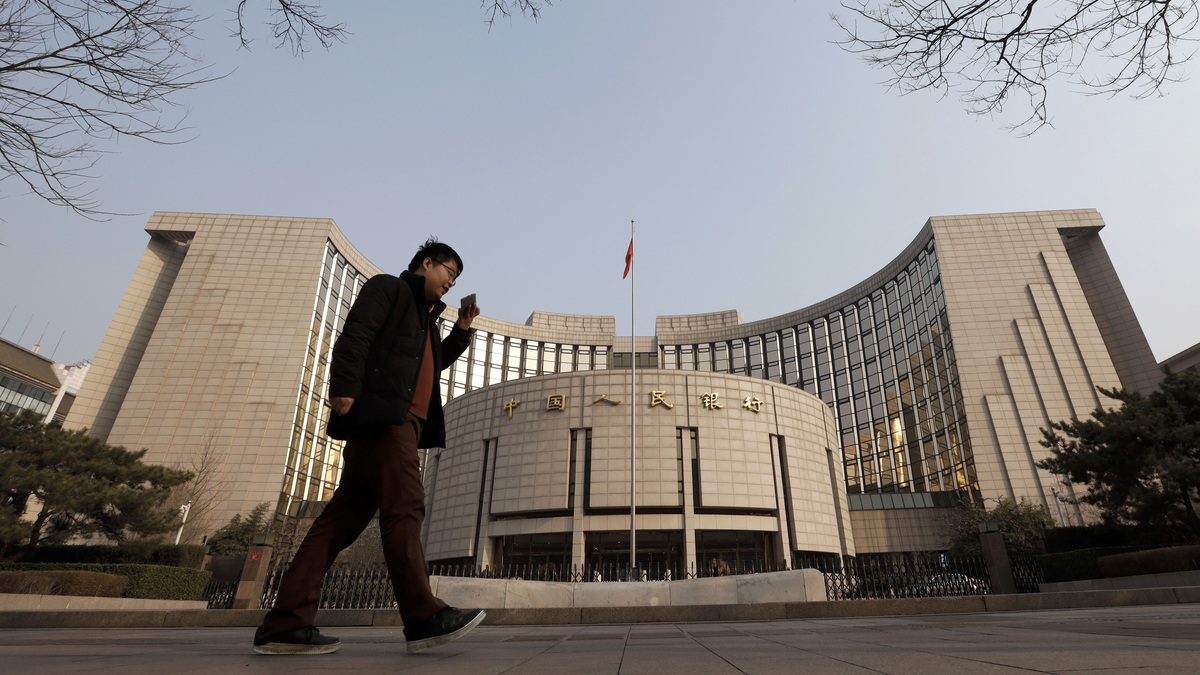 A man walks past China's central bank, which appears to have orchestrated the yuan's fall against the U.S. dollar.

China's yuan plunged to below 7 per U.S. dollar on Monday morning, the lowest valuation for the currency in 11 years.

The slide in value comes as the U.S. and China remain locked in a trade dispute, leading some analysts to surmise that the devaluation is retaliation for additional U.S. tariffs announced on Chinese goods last week.

"The drop suggests that the central bank of China is willing to weaponize the currency in light of the trade war," says Andrew Collier, managing director of Orient Capital Research in Hong Kong.

A weaker yuan makes China's exports to the rest of the world cheaper and therefore more competitive against those of the U.S. That could encourage rising purchases of Chinese goods in the U.S. and elsewhere and further widen a growing trade deficit with China.

The U.S. trade deficit with China reached a five-month high in June, according to the most recent Commerce Department data.

China's currency fell below 7 yuan to the U.S dollar immediately after China's central bank lowered its daily reference rate Monday morning. This is the exchange rate for yuan set by the central bank each day.

The sudden tumble of the yuan might only be temporary, as onshore and offshore yuan exchange rates could pick up by the end of the day. However, the central bank's decision to lower the daily reference rate is a sign that China's leaders are willing to breach a threshold for the yuan previously regarded as sacrosanct.

"[The central bank] has held off on doing this because it could be scaring people into moving more money offshore and also because it could inflame the Trump administration, because they see the depreciation of the currency as a way to artificially boost Chinese exports," Collier says. "This is certainly a weapon of last resort."

China has long artificially propped up the value of its currency above the symbolic 7-to-1 threshold using a mixture of public and non-public methods, including ordering its massive state-run banks to buy up vast amounts of currency to strengthen the yuan, also known as the renminbi.

"The [Chinese] government has been, if anything, doing the opposite: protecting the renminbi from collapsing," says Jonas Short, head of China research at NSBO, an investment bank. "If you allow for the natural exchange rate for renminbi against the U.S. dollar, it should be about 7.2 to 7.3 per dollar."

China and the U.S. trade negotiators failed to reach a deal in an ongoing trade dispute during talks last week in Shanghai, agreeing to meet again in September in Washington. The next day, President Trump tweeted that the U.S. would impose an additional 10% tariff on the remaining $300 billion worth of Chinese goods not yet taxed.

One of the U.S. key demands in trade talks is that China buy more American goods in order to narrow the trade deficit. In July, China announced it would make further purchases of American agricultural goods such as pork and soybeans, but U.S. Department of Agriculture data show those purchases have yet to materialize.