Accessibility links
India Revokes Kashmir's Special Status, Sparks Fears Of Unrest In the days ahead of the move, India placed local politicians under house arrest, ordered tourists to evacuate and sent tens of thousands of troops into the region. 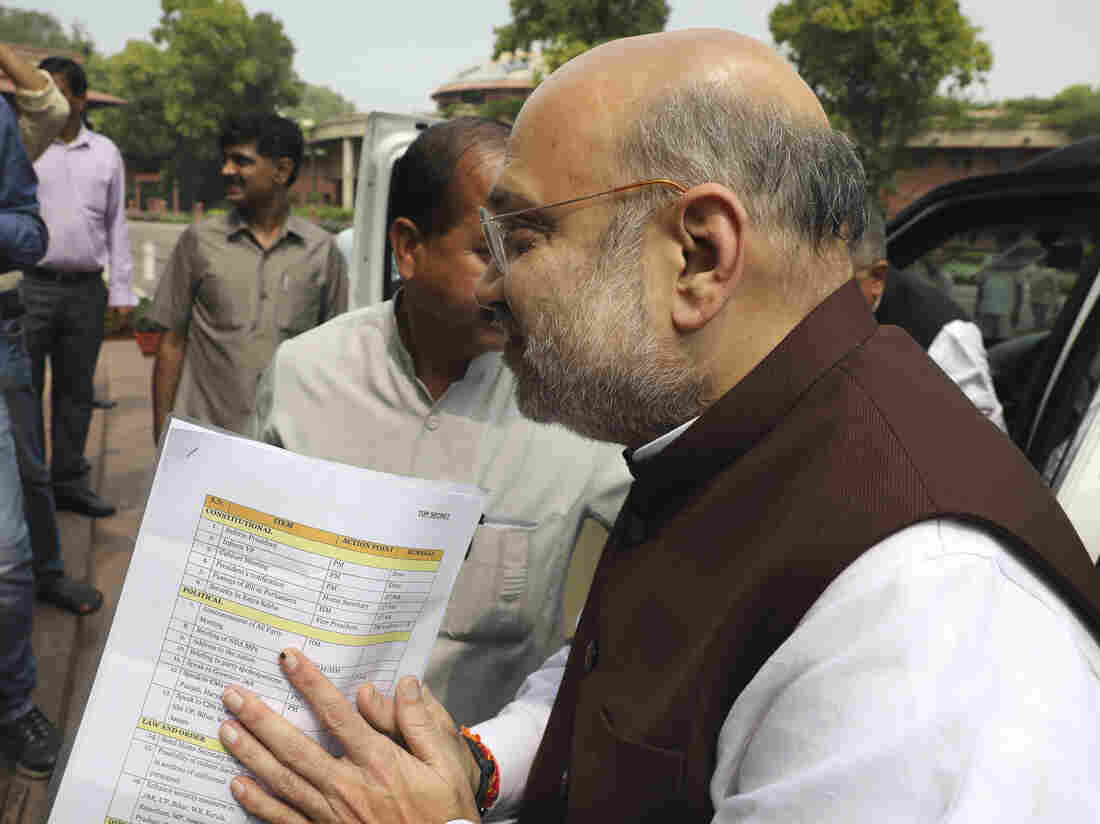 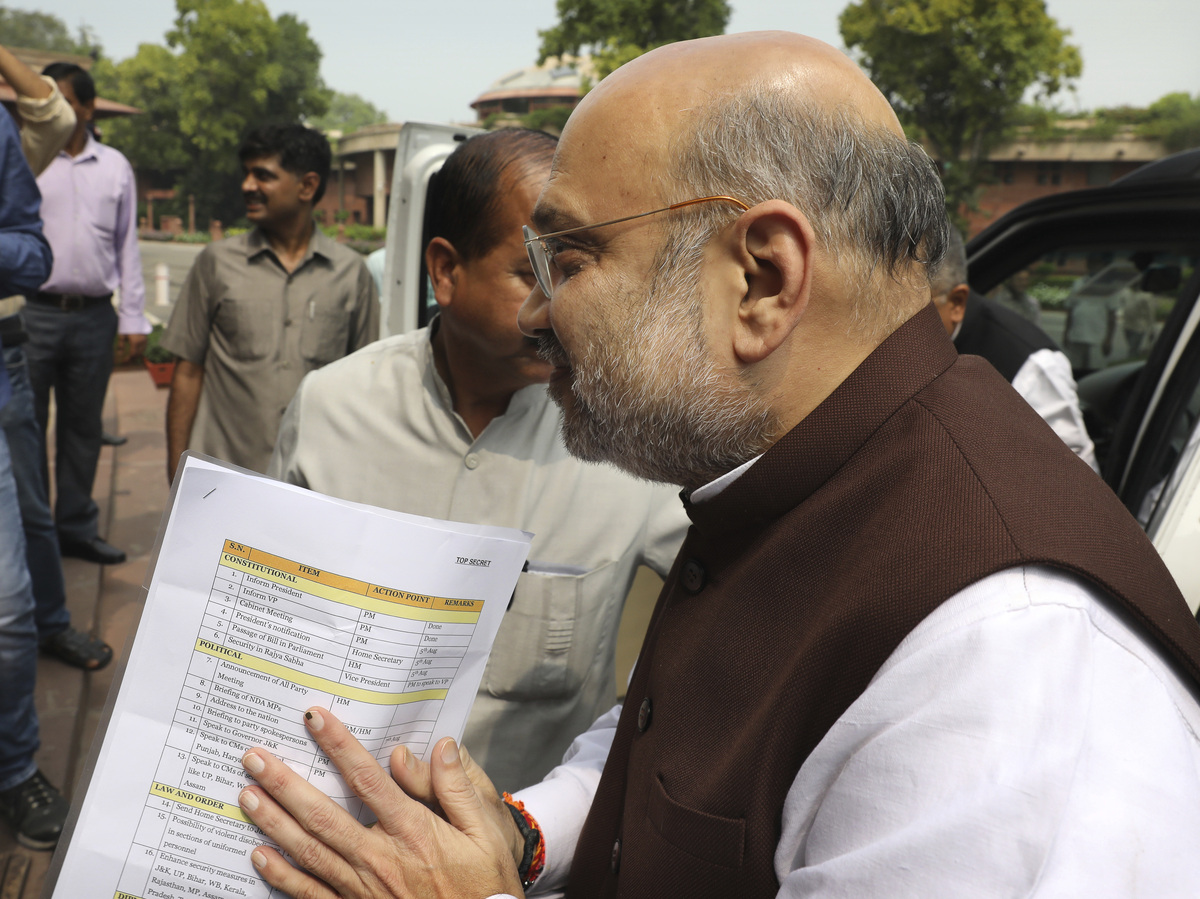 Indian Home Minister Amit Shah arrives at the Parliament on Monday carrying a copy of a confidential document that lists the procedure for revoking Kashmir's special status in New Delhi.

India's government on Monday took the extraordinary step of revoking Kashmir's constitutionally guaranteed special status, a move that would tighten its control over the country's only Muslim-majority state.

In a decree issued by President Ram Nath Kovind, Article 370 of India's Constitution was rescinded amid protests and criticism of the move, which would turn the state into a union territory.

The decree, favored by the country's Hindu nationalist Prime Minister Narendra Modi, was quickly met by criticism and protests. Its fate in the Indian courts, where it is nearly certain to be challenged, was uncertain.

Modi, who was reelected this year at the head of his Bharatiya Janata Party, had promised in his campaign to revoke Kashmir's special status.

Apparently anticipating unrest over the move, India dispatched tens of thousands of troops to Kashmir, put local politicians under house arrest, cut off Internet and phone service and ordered tourists to evacuate.

"[There] shall be no movement of public and all educational institutions shall also remain closed," the government said in an order issued Sunday, according to The Hindustan Times. "There will be a complete bar on holding any kind of public meetings or rallies during the period of operation of this order."

Mehbooba Mufti, a former chief minister of Jammu and Kashmir, called the move illegal and unconstitutional, describing it as "the darkest day in Indian democracy."

When India and Pakistan gained independence, the fate of Kashmir, a Muslim-majority Himalayan valley with sizable Hindu and Buddhist minorities that straddles the two countries, was left unresolved. Pakistan quickly invaded and occupied a portion of Kashmir, which acceded to India. Article 370 was added to the Indian Constitution recognizing Jammu and Kashmir's special status and allowing a degree of autonomy, except for defense, communications and foreign affairs.

Since the 1990s, Kashmiri separatists — some seeking independence and others fighting to join neighboring Pakistan — have fought an on-again, off-again armed campaign against Indian security forces in Jammu and Kashmir. Tens of thousands of people have died in the decades-long conflict.

Last month, a report by the United Nations High Commissioner for Human Rights criticized India for the high number of civilian casualties that occurred in suppressing the insurgency.

The report also said Indian authorities in Kashmir "continue to use various forms of arbitrary detention to target protesters, political dissidents and other civil society actors."