Accessibility links
Franky Zapata Crosses English Channel On Hoverboard Nobody else has ever tried to cross the body of water by hoverboard, which is powered by a backpack full of fuel. The last time he tried, he plunged into the sea.

This Time, Franky Zapata Makes It Across The English Channel On A Hoverboard

This Time, Franky Zapata Makes It Across The English Channel On A Hoverboard 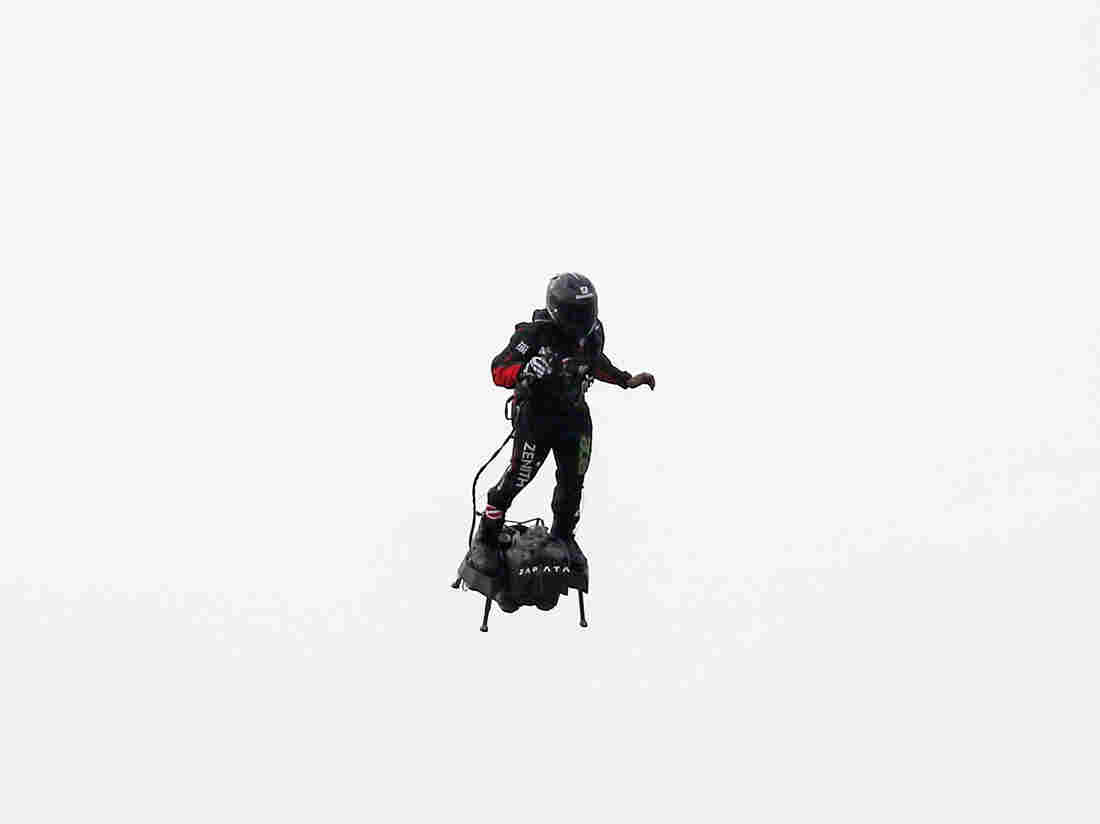 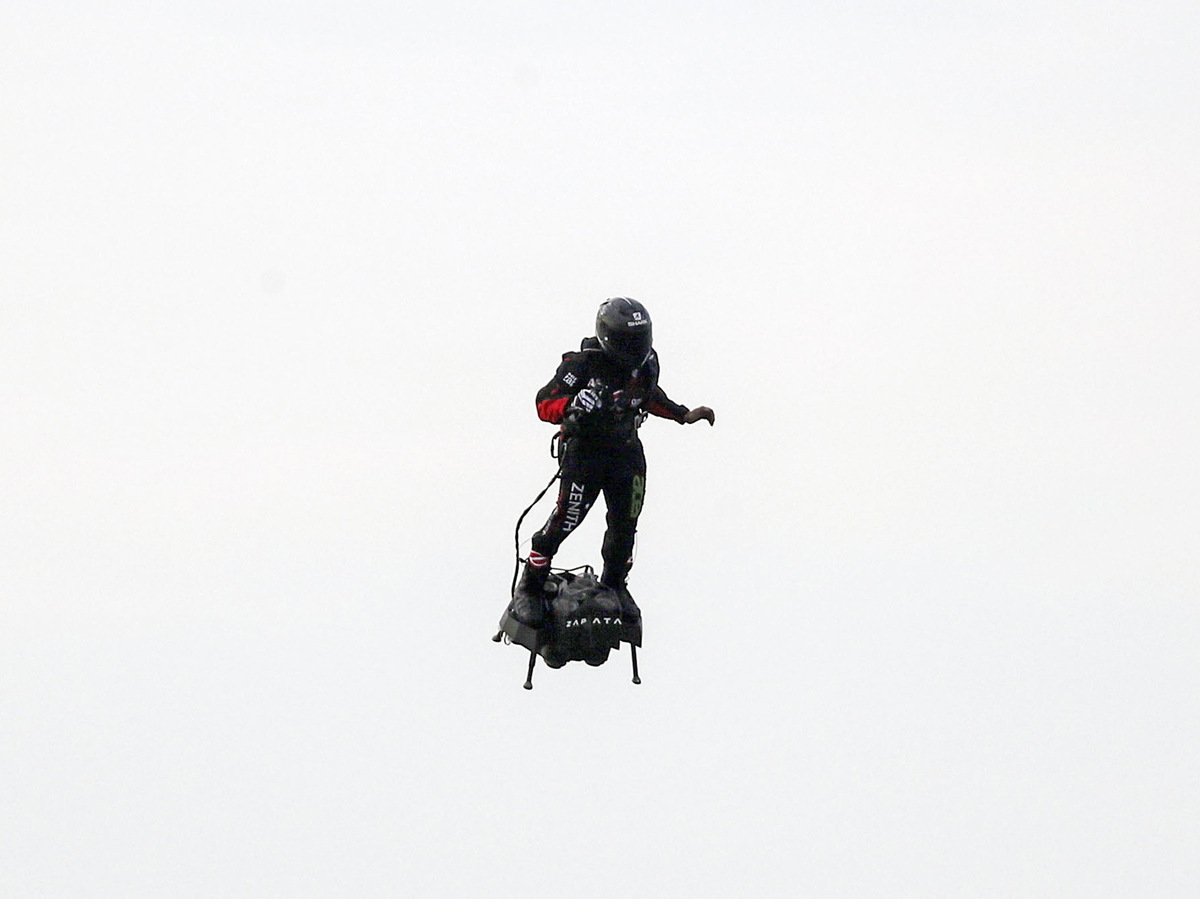 French inventor Franky Zapata has successfully flown over the English Channel on a personal flying machine.

French inventor Franky Zapata made history as the first person to cross the English Channel by hoverboard, taking off Sunday from Sangatte on France's northern coast and touching down near Dover, England.

The elite jet skier's daring display over the 22-mile channel between France and the U.K. took just over 20 minutes. It seems nobody else has ever tried to cross the body of water by hoverboard, which in Zapata's case was powered by a backpack full of fuel.

"I'm feeling happy. ... It's just an amazing moment in my life," Zapata told reporters after landing, according to The Associated Press.

The board moved quickly — almost immediately after takeoff, Zapata rose high in the sky and blasted forward, standing up on his invention as he faded off into the distance above the water. The crowd clapped as they saw him off from the beach.

The wind above the channel posed challenges, he said, because gusts required him to constantly adjust his body's position.

"Your body resists the wind, and because the board is attached to my feet, all my body has to resist to the wind," Zapata told reporters in England. "I tried to enjoy it and not think about the pain."

The accomplishment probably felt especially sweet because a previous attempt last month ended dramatically. Zapata attempted to land on a platform on a boat to refuel in the middle of that journey but ended up plunging into the water.

This time, Reuters reported, he used a larger boat and a larger platform.

This type of hoverboard isn't Zapata's first invention. One of them, called a Flyboard, enables users to fly out of the water and up into the air, shooting out jets of water and even doing flips. 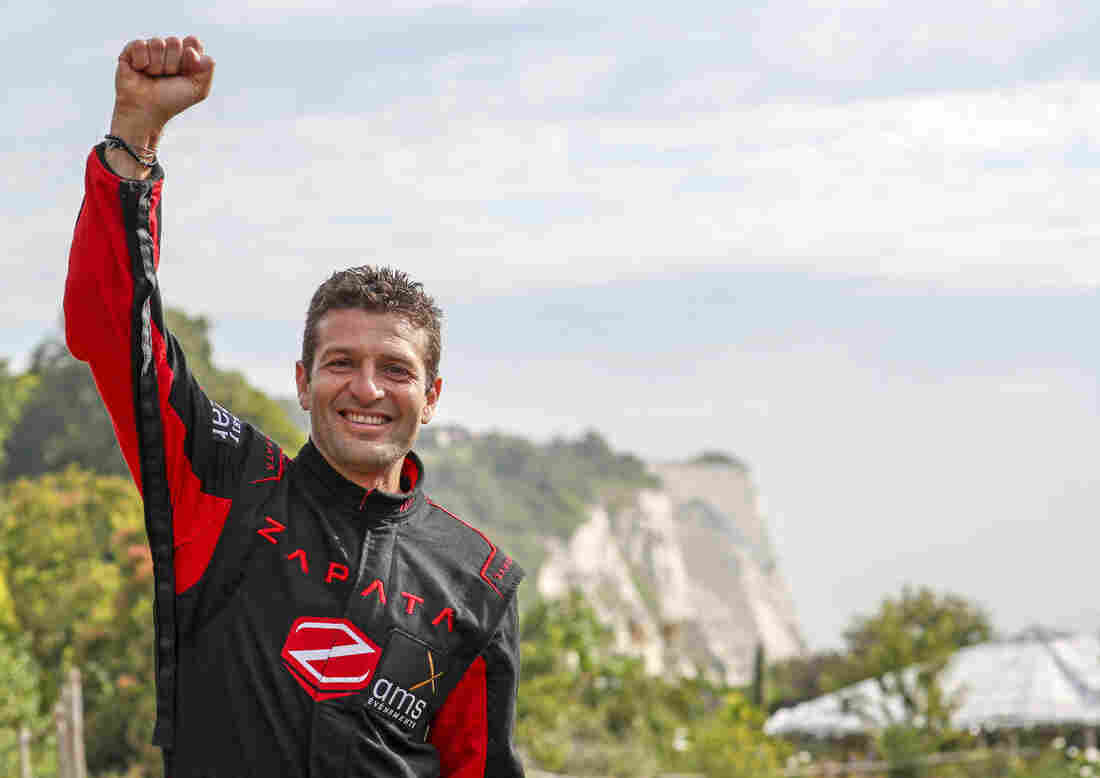