Accessibility links
Obama On Mass Shootings: Reject Language That 'Feeds A Climate Of Fear' In a rare political post-presidency statement, former President Barack Obama called for tighter gun laws after the mass shootings in El Paso and Dayton. "We are not helpless here," he said. 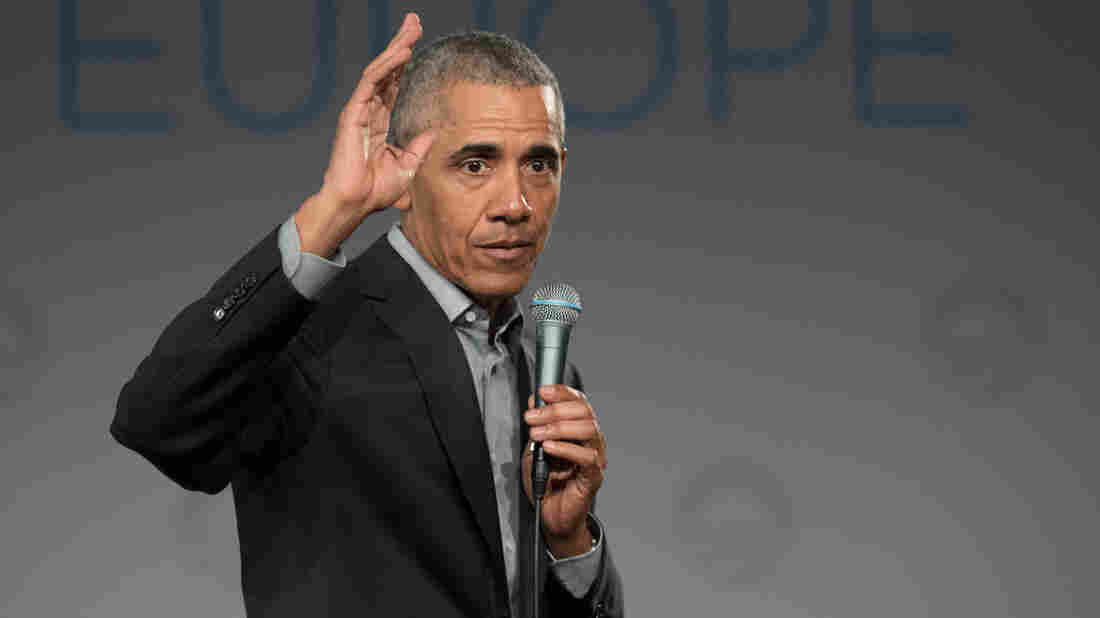 Former President Barack Obama tweeted Monday that Americans should reject language of "fear and hatred" from U.S. leaders. Above, he is pictured at a conference in Berlin in April. Jörg Carstensen/Picture Alliance via Getty Image hide caption 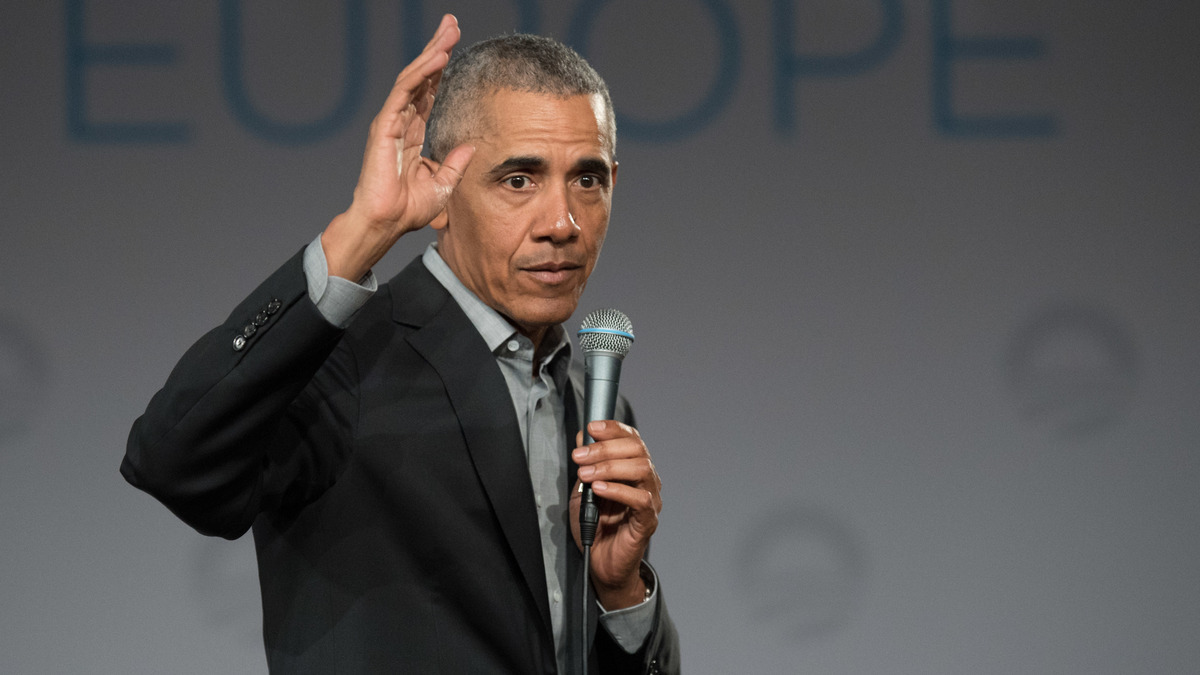 Former President Barack Obama tweeted Monday that Americans should reject language of "fear and hatred" from U.S. leaders. Above, he is pictured at a conference in Berlin in April.

Former President Barack Obama weighed in on the mass shootings this past weekend in El Paso, Texas, and Dayton, Ohio, saying on Monday that Americans "should soundly reject language coming out of the mouths of any of our leaders that feeds a climate of fear and hatred or normalizes racist sentiments."

In a statement released on Twitter, Obama did not mention President Trump by name, but his reference seemed clear.

'Hate Has No Place' In America, Trump Says After El Paso And Dayton Shootings

Obama denounced language from "leaders who demonize those who don't look like us, or suggest that other people, including immigrants, threaten our way of life, or refer to other people as sub-human, or imply that America belongs to just one certain type of people."

Such language, Obama said, "has no place in our politics and our public life."

He added that "it's time for the overwhelming majority of Americans of goodwill, of every race and faith and political party, to say as much — clearly and unequivocally."

Obama's statement Monday was a rare occasion when the former president, who has generally avoided commenting on politics since leaving office, spoke out.

From the time Trump announced his candidacy in June 2015, he has been accused of making racist and anti-immigrant remarks. He accused Mexico of sending "their worst people" to the U.S., people he said who were "bringing drugs. They're bringing crime. They're rapists."

More recently he was condemned by the House of Representatives for his remarks about four Democratic members of Congress, all women of color, who he said should "go back" to where they came from. He also launched an attack on House Oversight Committee Chairman Elijah Cummings, D-Md., saying Cummings' Baltimore-based district was "a disgusting, rat and rodent infested mess."

In his remarks about the mass shootings on Monday, Trump said that "hate has no place in our country."

"In one voice," Trump said, "our nation must condemn racism, bigotry and white supremacy."

At least 31 people were killed in El Paso and Dayton. Texas authorities said they were close to linking the El Paso suspect to an anti-immigrant screed that was posted online shortly before the attack.

Trump called for perpetrators of mass shootings to be eligible for the death penalty and for increased attention to mental health. Trump did not repeat calls he tweeted earlier in the day to strengthen background checks for guns.

Obama's statement, released after Trump's remarks, said no other nation "tolerates the levels of gun violence that we do."

Calling for tighter gun controls, Obama said, "We are not helpless here. And until all of us stand up and insist on holding public officials accountable for changing our gun laws, these tragedies will keep happening."