Accessibility links
Toni Morrison, Whose Soaring Novels Were Rooted In Black Lives, Dies At 88 Morrison was the author of Beloved, Song of Solomon and The Bluest Eye. She was awarded the Nobel Prize in Literature, the Pulitzer Prize for Fiction and the Presidential Medal of Freedom. 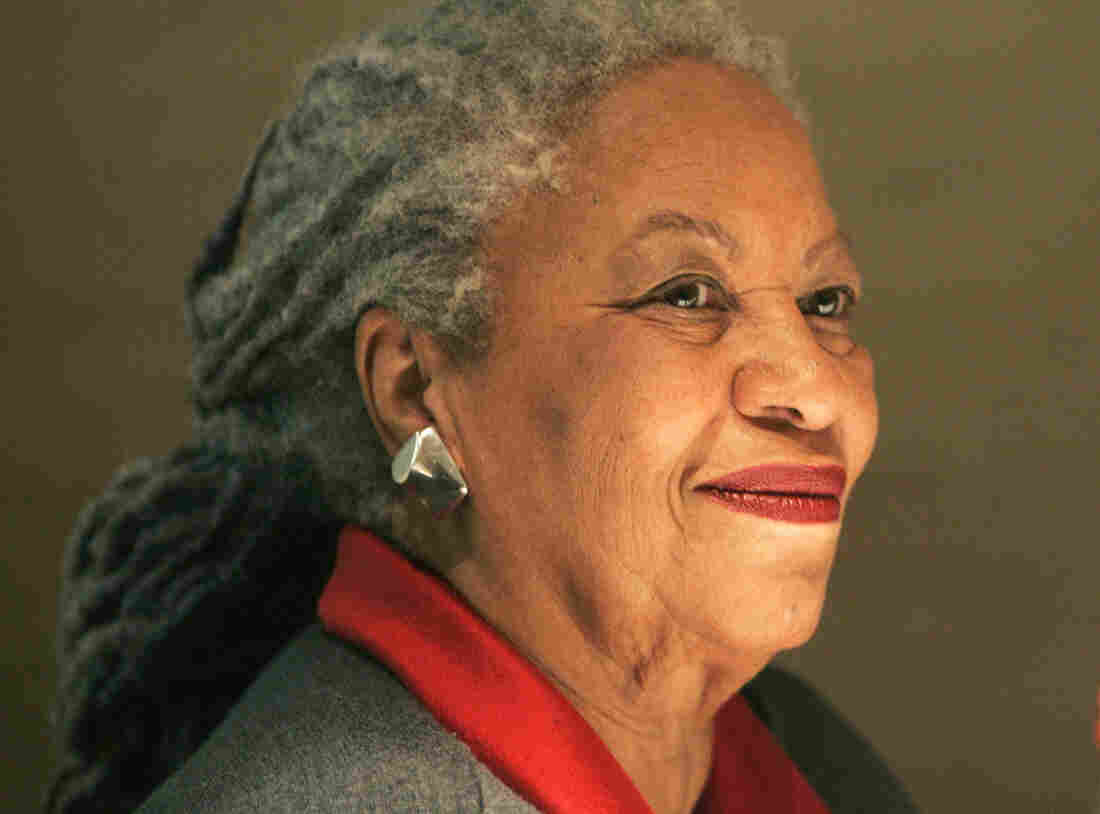 Toni Morrison was the author of Beloved, Song of Solomon and The Bluest Eye. She was awarded the Nobel Prize in Literature, the Pulitzer Prize for Fiction, and the Presidential Medal of Freedom. Michel Euler/AP hide caption 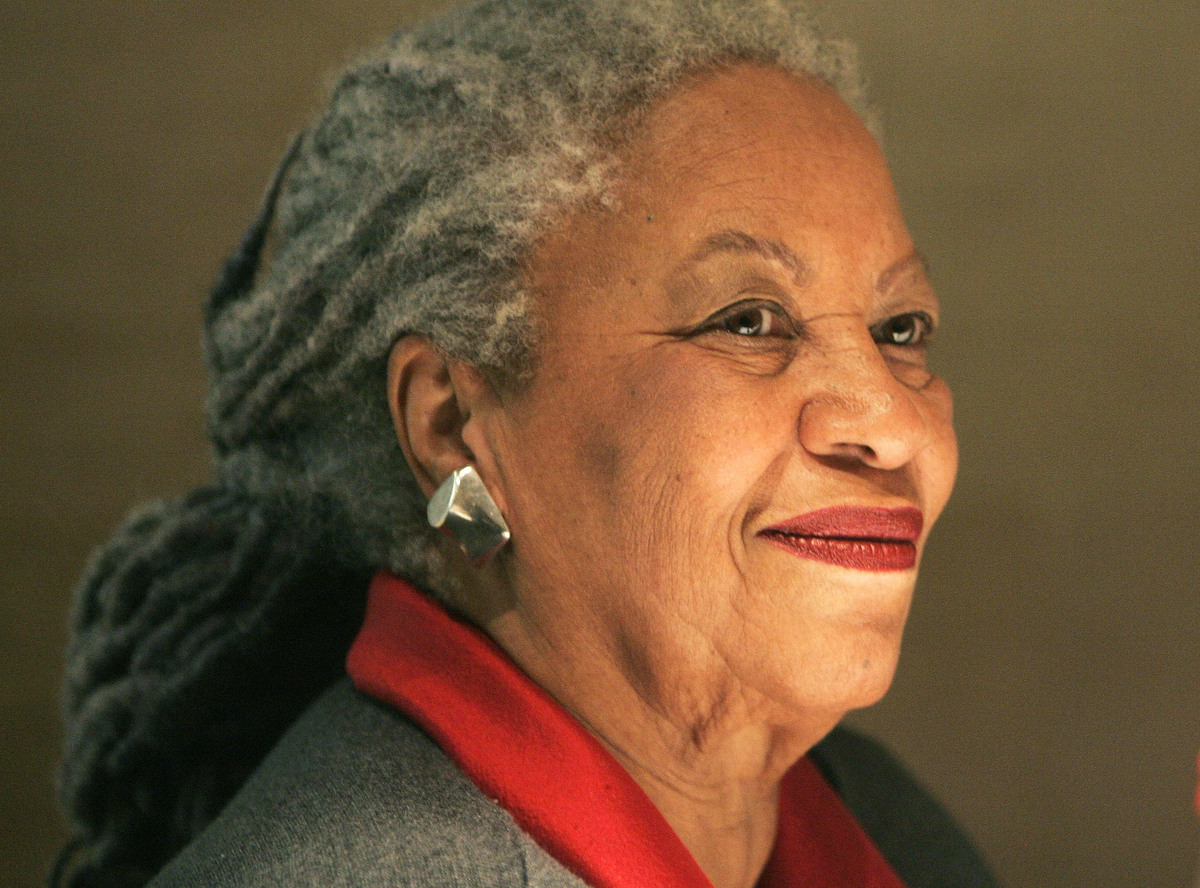 Toni Morrison was the author of Beloved, Song of Solomon and The Bluest Eye. She was awarded the Nobel Prize in Literature, the Pulitzer Prize for Fiction, and the Presidential Medal of Freedom.

When Toni Morrison received her Nobel Prize in Literature in 1993, her remarks began with a reflection on the phrase once upon a time. In her signature, measured cadence, Morrison told the Swedish Academy she believed these were some of the first words we remember from our childhoods.

Morrison, who was 88, died Monday night at Montefiore Medical Center in New York, according to her publisher, Penguin Random House. Morrison's family, in a statement released by the publisher, said she died "following a short illness" and surrounded by loved ones.

"She was an extremely devoted mother, grandmother, and aunt who reveled in being with her family and friends. The consummate writer who treasured the written word, whether her own, her students or others, she read voraciously and was most at home when writing," her family said. "Although her passing represents a tremendous loss, we are grateful she had a long, well lived life."

We are profoundly sad to report that Toni Morrison has died at the age of eighty-eight.

Morrison's work focused on African American life and culture, and she dominated an industry in which depictions of black life were often limited and rooted in stereotype.

Her masterwork, Beloved, was a "once upon a time" based in bloody truth. Its real-life inspiration was Margaret Garner, a woman who escaped slavery and attempted to kill herself and her children — her 2-year-old daughter died — rather than be captured and returned to a plantation. Beloved was awarded the Pulitzer Prize for Fiction in 1988. A decade later, Oprah Winfrey produced and starred in a movie based on the book.

Morrison was 56 when Beloved was published in 1987, but she had been living with stories since childhood. Born Chloe Wofford, she grew up with tales being told all around her in her hometown of Lorain, Ohio. Her grandparents, like millions of blacks, left the segregated South for the North, during the Great Migration.

"I lived in a little working-class town that had no black neighborhoods at all ..." Morrison told Fresh Air's Terry Gross in 2015. "We all played together. Everybody was either somebody from the South or an immigrant from East Europe or from Mexico."

She said that she wasn't particularly aware of segregation growing up, but that her father "was very, very serious in his hatred of white people." Her mother mitigated that. "Everybody was an individual whom she approved of or disapproved of based on her perception of them as individuals," Morrison recalled.

As a child, young Chloe listened when the adults told stories about their Southern homes. In a 2010 interview, she said their language stayed with her. Within her own family, she said. "There was street language, there was sermonic language. You know, people actually quoted the Bible to you."

Wofford went to college at Howard University (where she became Toni, using the nickname of her baptismal saint, Anthony). It was there that she experienced, for the first time, a hierarchy of color within the African American community. "On the campus, where I felt safe and welcome, I began to realize that this idea of the lighter, the better and the darker, the worse ... really had an impact on sororities, on friendships, on all sorts of things, and it was stunning to me," she said in 2015.

She earned her master's at Cornell and married architect Harold Morrison, with whom she had two sons. They divorced after seven years.

Morrison started her early publishing career as an editor, first in textbooks, then for general circulation books. She told an audience at the 92nd Street Y in New York that she wasn't happy with how most black books were being edited back then. "I thought the editing was sloppy," she recalled. "I thought the productions were mishandled, even the great books, like Roots. ... When you read them carefully, you'd see that nobody was paying any attention."

So she consciously sought out excellent black authors, pulling them into what was — and mostly still is — the alabaster publishing industry. She edited Angela Davis, Muhammad Ali and the novelist Gayl Jones during the social upheaval of the late 1960s and early '70s. Morrison saw this as her contribution to the civil rights movement.

"I made it my business to collect African Americans who were vocal, either politically, or just writing wonderful fiction," she said.

Even as she edited, Morrison secretly wrote for herself, getting up before her children were awake. She later said that when she wrote, she was free from pain. "It's where I have control," she said. "It's where nobody tells me what to do. It's where my imagination is fecund and I am really at my best. ... I'm thinking up dangerous, difficult things, but it is also extremely safe for me to be in that place." 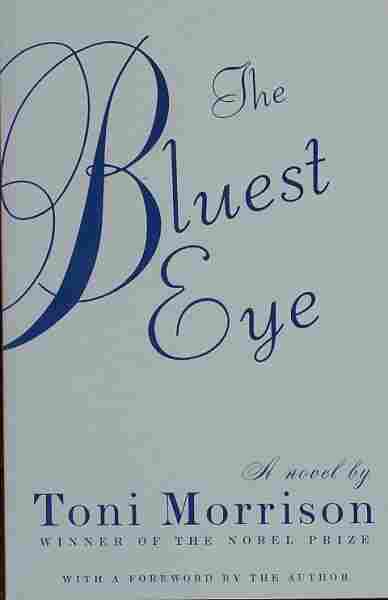 Her first book, The Bluest Eye, was published in 1970. It's a tale about a dark-skinned little girl who believes blue eyes will make her beautiful and cherished.

Piper Huguley, a professor at Spelman College in Atlanta, recalled how she felt when she read The Bluest Eye as a college student. It helped her see "colorism and its connection to self-loathing, and how deeply embedded that could go," she said. It was a theme Morrison explored further in her 2015 book God Help the Child.

Huguley said that kind of frankness about race has made Morrison's work essential reading. "She exists in a class we call Seminal Writers, that every English major must take," Huguley explained. "That means she belongs for us here at Spelman, and no doubt elsewhere, as part of the African American literary canon, that is, an author who must be read."

Morrison's stories weave between the familiar and the fantastical: In Song of Solomon, a key element was an ancient folk tale about black people flying away from enslavement and back home to Africa. The theme of mother-daughter love runs through several books, such as Beloved and A Mercy, in which women make terrible sacrifices for their children.

These are books that focus, without apology or explanation, on black lives. And in 1998, as a guest on a talk show, she said she had no interest in making white characters more central to her stories.

"I've spent my entire writing life trying to make sure that the white gaze was not the dominant one in any of my books," she said.

Morrison was grounded in the black cultural liberationist art of the 1960s, said Richard Yarborough, who teaches African American literature at the University of California, Los Angeles. She and others in that generation "expressed their mission" by focusing on black lives, he said.

And generations of black female writers, no matter their genre, have been touched by her. "Morrison is such a monumental figure, that there is no way you could write about black women's experiences without taking her into account," he said.

She showed, by example, the validity of black, female lives. And through her many "once upon a times," Morrison's expansive vision of black humanity now resonates around the globe.