Accessibility links
'Trick Mirror' Finds Hope That Little Truths Will Emerge Amid Absurdities There's an undeniable catharsis in seeing such a great writer, The New Yorker's Jia Tolentino, lucidly communicate the conditions of our most ludicrous forms of misery in her essay collection. 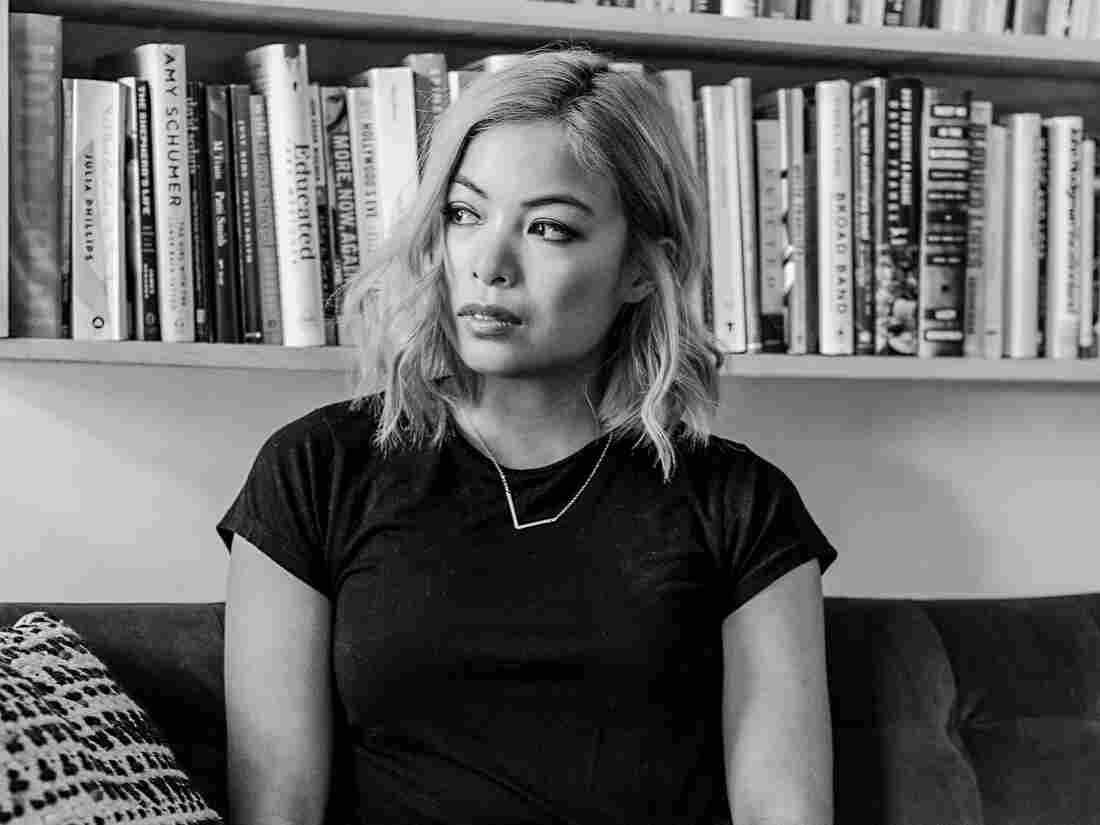 Jia Tolentino's essay collection Trick Mirror looks for meaning in the many absurdities all around us. Penguin Random House hide caption 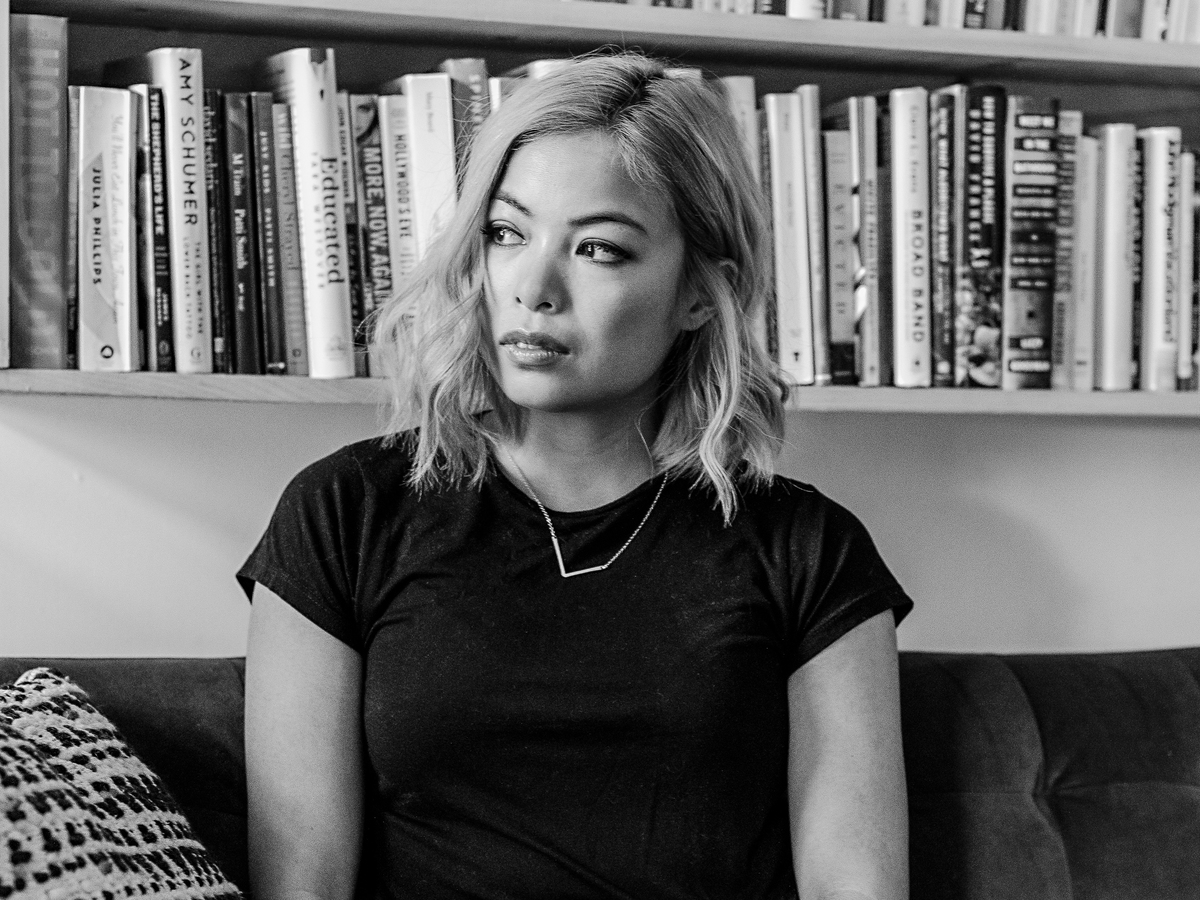 Jia Tolentino's essay collection Trick Mirror looks for meaning in the many absurdities all around us.

What's worth writing about at a time in history where both everything and nothing seems worthy of our attention? Anything, argues Jia Tolentino.

Tolentino is the author of the phenomenal essay collection Trick Mirror. She rose to prominence as the deputy editor of Jezebel, a place where she helped redefine what feminist discourse looks like on the internet. Jezebel was then owned by the media group Gawker, known for a kind of gonzo journalism that, since its closure, we've seen less of as the idea of monetizing anything subversive on the internet feels increasingly impossible. In this special corner of the web, Tolentino's writing made the argument that both political transgressions and dumb memes were ripe for thoughtful — and often very fun — feminist criticism. That might mean a semi-fictional interview with the horse from a Taylor Swift music video, but it also might mean a longform work of reportage implicating herself in a story of generational class privilege. 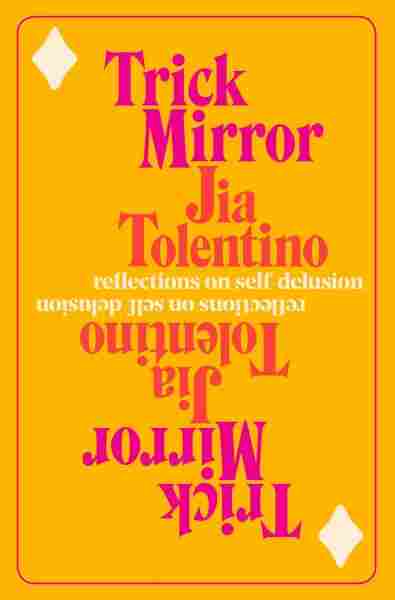 Tolentino, at only 30 years old, is now a staff writer at The New Yorker, where she 's carried over her trademark brand of freewheeling wit and intelligence. That same energy is found all over Trick Mirror: Reflections on Self-Delusion, a collection that feels somehow riskier than her usual output, unburdened by the demands and constraints of a big, mainstream publication.

Trick Mirror was written between the spring of 2017 and the fall of 2018, and finds Tolentino making her way through a time in American history that often communicates in the language of absurdity. It's a period that, writes Tolentino, taught her "to suspend ... desire for a conclusion, to assume that nothing is static and renegotiation is perpetual, to hope primarily that little truths will keep emerging in time." Tolentino finds these little truths in just about every corner of American cultural life. Her best pieces read like viral Twitter threads written by the Frankfurt School, seamlessly blending cynical humor with academic rigor.

The collection opens with "The I In The Internet," which might be the only thing you read this year that mentions both Bari Weiss and Geocities in the same space. Here, Tolentino talks about how the internet demands, reflects, and distorts our public selves in a way it didn't always do. She reminisces about the simpler days of the internet — when expressing our digital selves could almost be considered wholesome — by walking us through her Angelfire page adorned with Dawson's Creek references and Smash Mouth lyrics. That long-defunct version of the internet, she argues, has been replaced by one that thrives off our faux-outrage cycles, considers our support and dissent for others on Twitter as central to our self hood, and that feeds us news designed to "make us feel self-righteous and also mad."

Stories about the toxicity of the internet are not new, but what's interesting here is how our writer is so uniquely implicated in her subject. As somebody who could be considered very online even during the early days of the internet, and who is now dependent on the internet for her livelihood, there are few forced to navigate it's machinery the way she is. "I don't know what to do with the fact that I myself continue to benefit from all this: that my career is possible in large part because of the way the Internet collapses identity, opinion and action," she writes. It's this kind of constant self-awareness and inward inquiry that give Trick Mirror its most chewable moments.

In "Always Be Optimizing," Tolentino critiques establishment feminism while offering up a new definition for the contemporary female ideal, one that "looks like Instagram." This is an optimized woman: one that invests in Sweetgreen, Barre and Lululemon in order to keep up with a "hyper-accelerated capitalist life." In "Ecstasy" — the collection's most elliptical and daring essay — Tolentino draws a loose comparison between the rapture she feels taking MDMA to the feelings of religious fervor she saw in her childhood. In "We Came from Old Virginia," she writes about the ugly history of sexual assault at University of Virginia, and attempts to understand how and where the infamous Rolling Stone article "A Rape on Campus" fits into that history.

There's a risk in describing the stories in Trick Mirror the way I've just done: turning them into clear and simple one-sentence summaries. In many ways, it's the impossibility of tying together those neat narrative bows that Tolentino intentionally resists here. It's also that ambiguity and lack of resolution that will, undoubtedly, create a roadblock for some readers. More often than not, the essays here end up concluding with a well-articulated shrug of the shoulders. If you're expecting feminist praxis, or ways of repairing the many broken and flawed systems being critiqued in Trick Mirror, you won't find much of either here.

But there's an undeniable catharsis in seeing such a great writer lucidly communicate the conditions of our most absurd forms of misery. I can't stop thinking about the way Tolentino describes the shame of turning off her social-media blockers and reveling in the pleasures of the internet like some unhinged degenerate. "I'll sit there like a rat pressing the lever, like a woman repeatedly hitting myself on the forehead with a hammer, masturbating through the nightmare until I finally catch the gasoline whiff of a good meme," she writes. It's a line that made me genuinely laugh — until I thought more about the nightmare.