Accessibility links
Beijing Warns Hong Kong Protesters: Don't 'Play With Fire' Speaking in the capital, a spokesman for China's Hong Kong affairs office said protesters will be "held accountable" and said that Beijing had "tremendous power" to put down the protests. 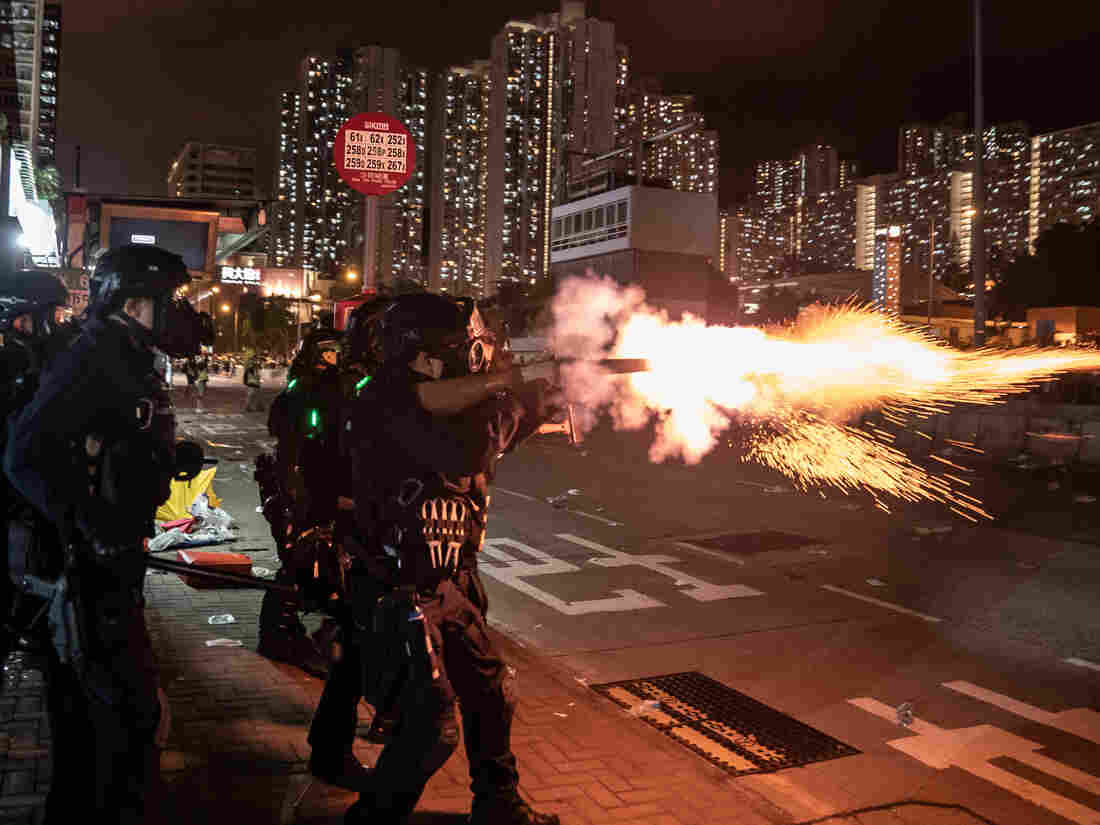 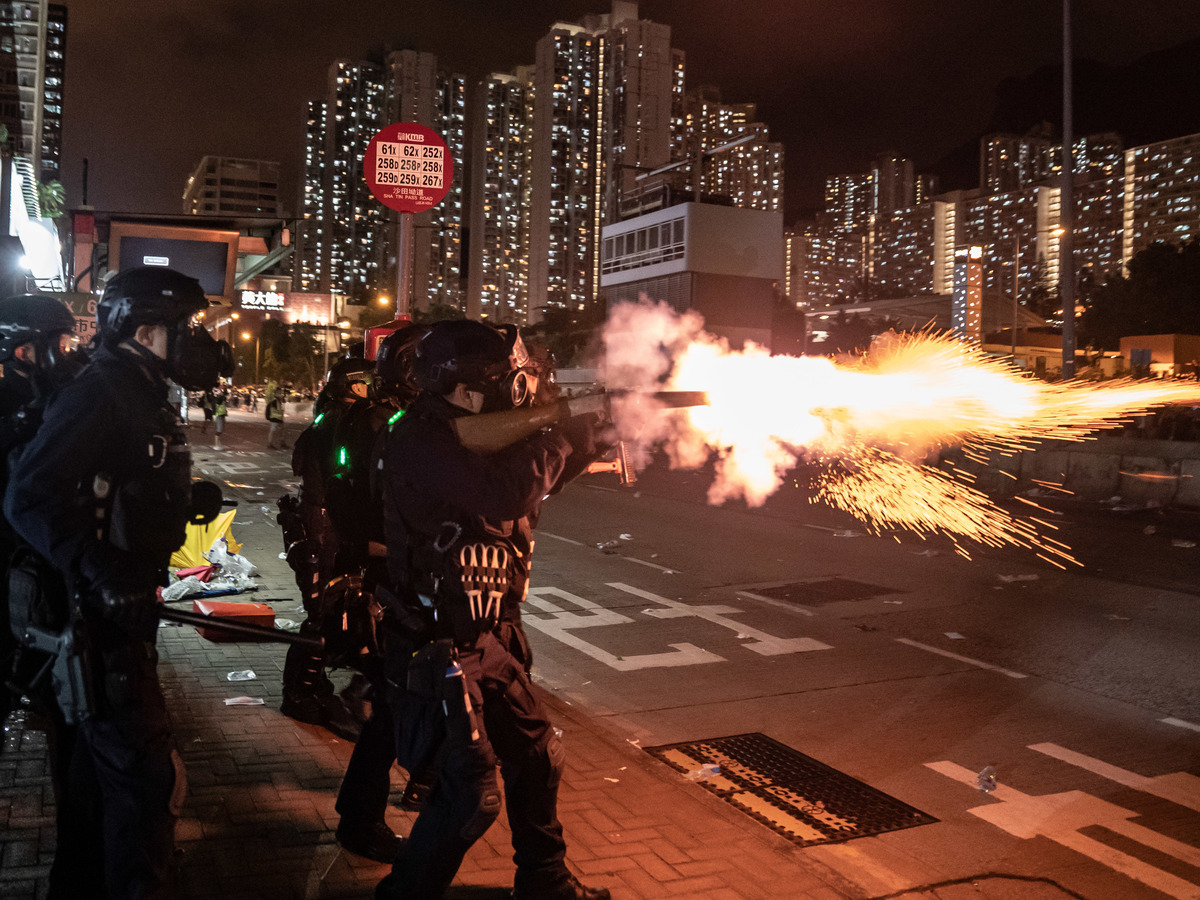 Amid weeks of mass anti-government demonstrations in Hong Kong that have frequently turned violent, Beijing on Tuesday issued a stark warning to protesters: "those who play with fire will perish by it."

The remarks, at a news conference in Beijing, were made by Yang Guang, a spokesman for the Hong Kong and Macau Affairs Office of the State Council.

He said China has "tremendous power" to put down the protests and warned that anyone who engages in "violence and crimes ... will be held accountable." 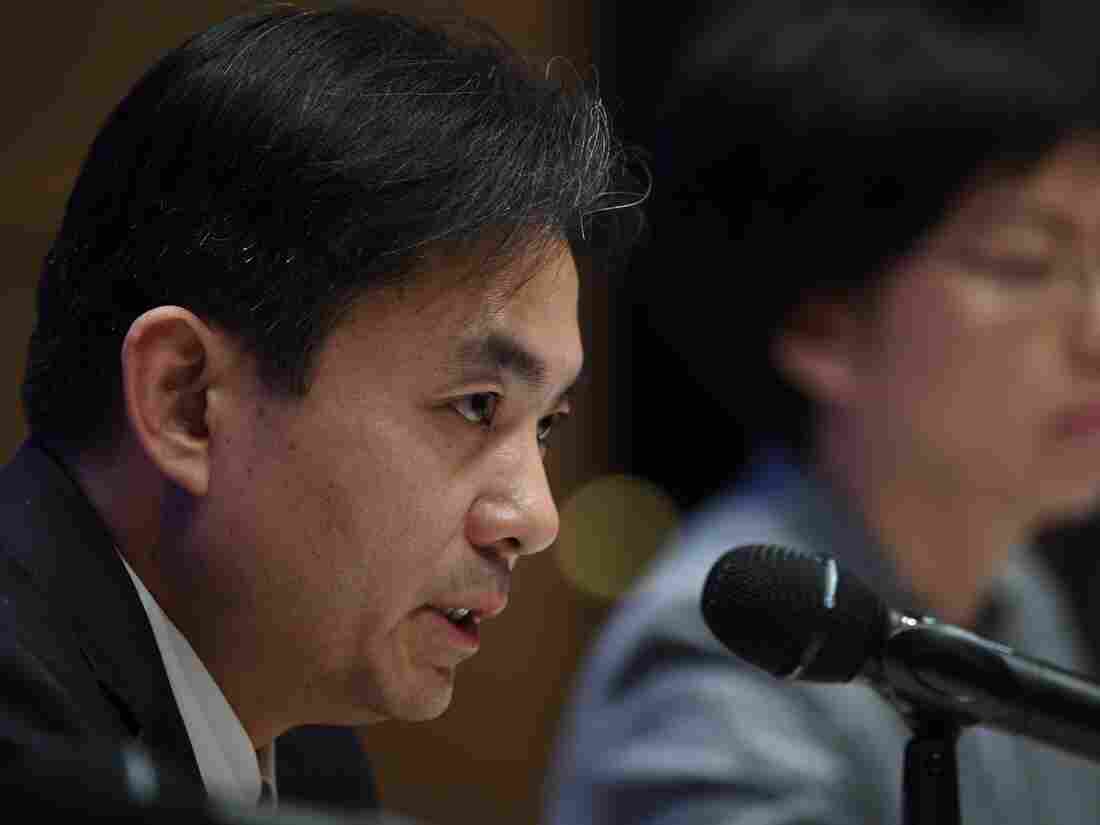 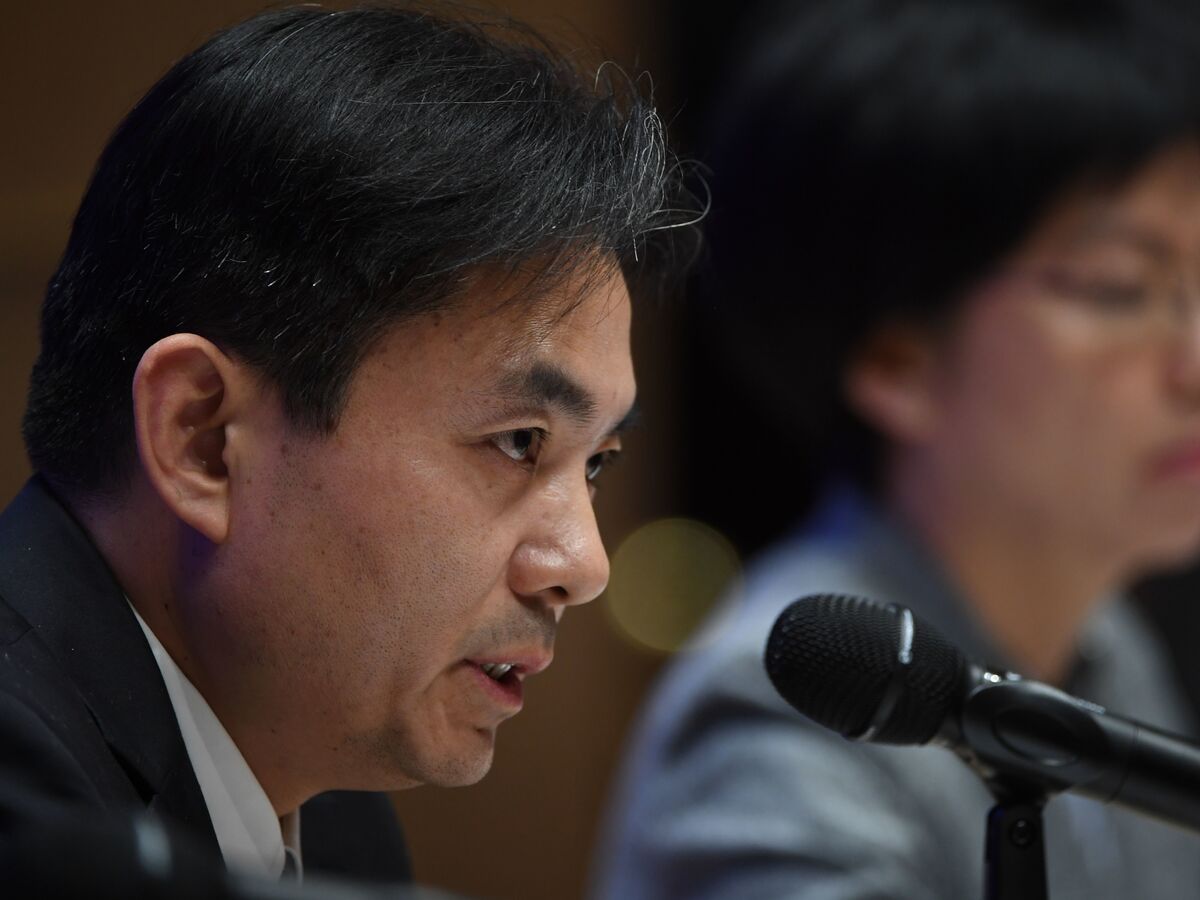 Yang Guang, spokesperson for mainland China's Hong Kong and Macau Affairs Office of the State Council, speaks concerning the ongoing protests in Hong Kong during a news conference in Beijing on Tuesday.

Asked if he could rule out the use of military force in Hong Kong, Yang told journalists: "We will not let any acts attacking the principle of 'one country, two systems' go unpunished."

"I warn all those criminals: Don't misjudge the situation or take restraint as a sign of weakness," he said.

Yang's comments came a day after Hong Kong's leader, Carrie Lam, vowed to restore order in the city after nine weeks of nearly uninterrupted demonstrations. Speaking on Monday, the embattled Lam said the Chinese territory was "on the verge of a very dangerous situation" — words repeated verbatim by Yang.

The city on Monday was plunged into chaos as protesters barricaded roads and besieged police stations in the most significant unrest since the former British colony was returned to China in 1997.

A general strike on Monday brought life in the bustling Asian hub to a standstill. Protesters were joined by teachers, security workers and some 2,300 aviation workers, resulting in 224 flight cancellations. Commuter trains were shut down when protesters lodged umbrellas in the doors or used their arms to prop them open during rush hour.

Social and political divisions are deepening in Hong Kong, with one side determined to defend what they say are their shrinking liberties, and the other firm in holding the line on intensifying dissent. The latest protests caught fire in June to oppose a proposed law that would have allowed some in the territory accused of serious crimes to be extradited to mainland China for prosecution.

Although Lam's government has since suspended consideration of the controversial bill, protesters want a promise to kill it completely. They have also infused their demands with grievances taken directly from the 2014 Occupy Central "umbrella" movement in Hong Kong.

So far, Beijing has used a carrot-and-stick approach to trying to persuade protesters to go home. Hong Kong, Beijing argued on Tuesday, enjoys a privileged role in international financial systems, a status that a small group of radical activists threaten.

But many in Hong Kong disagree.

"It's reached a point where threats aren't going to make things go away now," says Antony Dapiran, a Hong Kong-based lawyer and writer. "I can't help but think that the intended message [at Tuesday's news conference] was directed domestically, to send a message that we are in control here and maintaining stability."

Meanwhile, protesters are trying to expand their protest methods beyond marches to street performances, strikes and exhibitions, says Lo Kin-hei, a vice chairman of the opposition Hong Kong Democratic Party.

"The protesters also need to rest," Lo told NPR, stressing that on-the-ground protests would continue. "The clashes, the intense protests, I don't think [the protesters] will give up on this because they think this is the one thing that can affect the course of governance."

In yet another potentially worrisome sign, more than 12,000 police officers in the southern city of Shenzhen, which is adjacent to Hong Kong, conducted anti-riot drills on Tuesday, according to Chinese state media and the Chinese police force.

On Weibo, a Chinese social media site similar to Twitter, the Shenzhen police posted that the drills were in preparation for the 70th anniversary of the founding of the People's Republic of China on Oct. 1.

"A drill will be held to increase troop morale, practice and prepare for the security of celebrations, [and] maintain national political security and social stability," the post said.