Accessibility links
A Long Legal Battle Over Hitler's Birth Home In Austria Ends Austria's top court says Gerlinde Pommer should receive $908,000 from the government in exchange for the property. "Part of the house should be used for educational purposes," a local historian says. 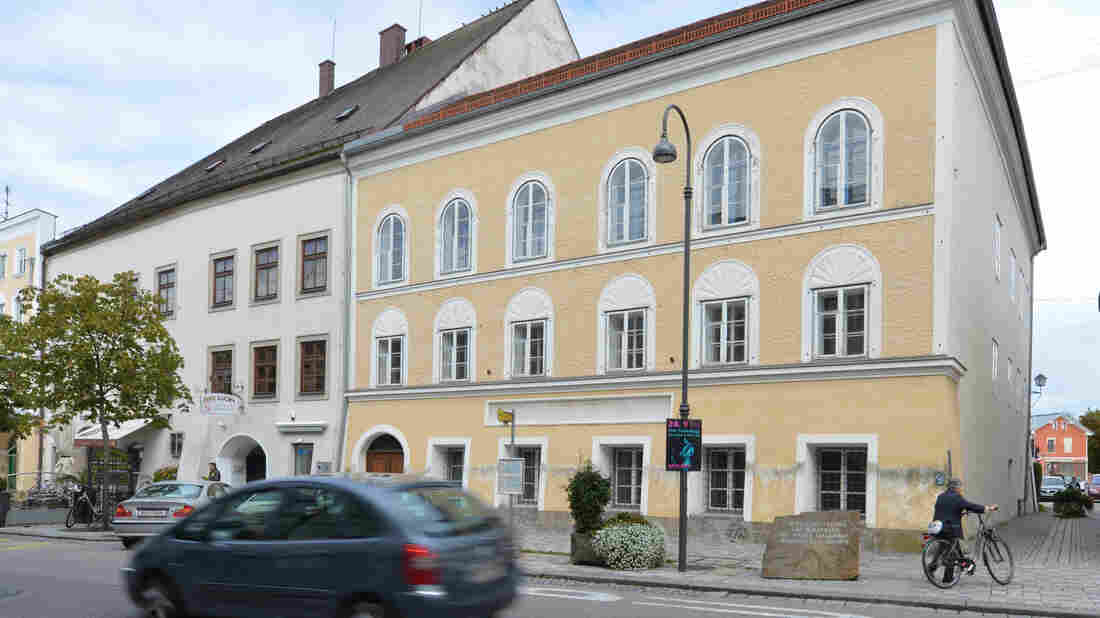 A view in 2012 of Adolf Hitler's birth home in Braunau am Inn, Austria. The country's top court says Gerlinde Pommer should receive $908,000 from the government in exchange for the property. Kerstin Joensson/AP hide caption 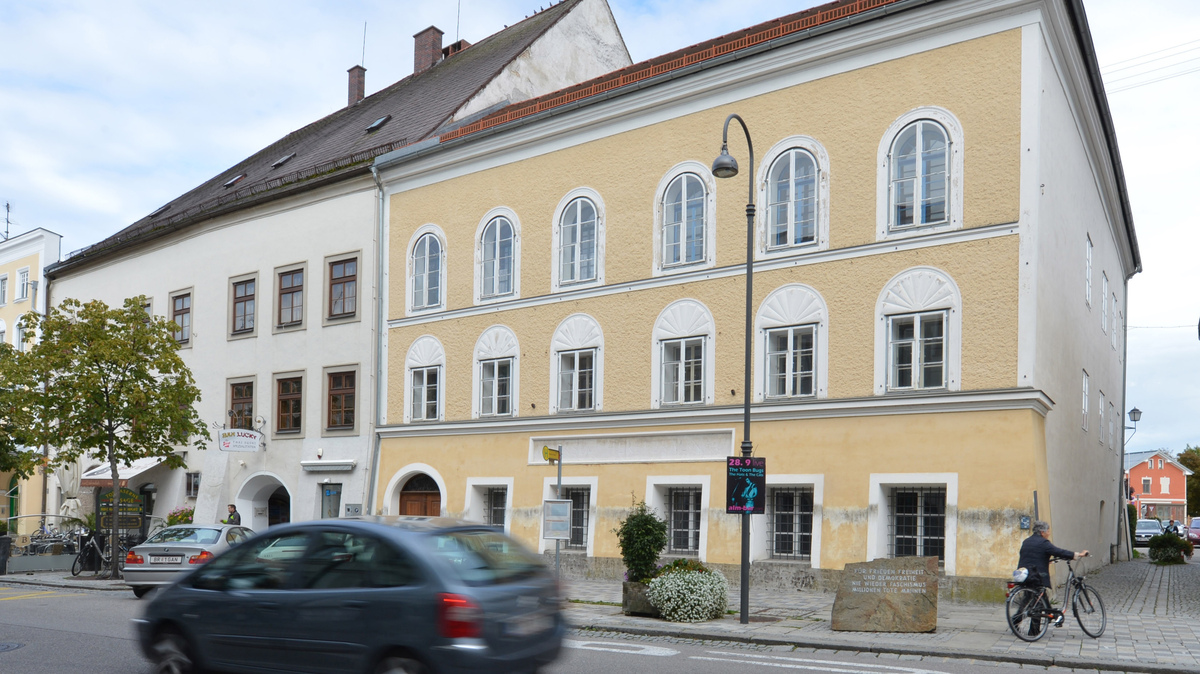 A view in 2012 of Adolf Hitler's birth home in Braunau am Inn, Austria. The country's top court says Gerlinde Pommer should receive $908,000 from the government in exchange for the property.

For generations, Gerlinde Pommer's family has owned the yellow, three-story structure in Braunau am Inn, a small medieval town near Austria's border with Germany.

And for years, she has been locked in a dispute with the Austrian government over ownership of the property — which is the home where Adolf Hitler was born. A major sticking point was over how much money Pommer, who inherited the controversial building, should be compensated.

The Austrian government has long deliberated on what should be done with the building — whether it should be razed to prevent it from becoming a shrine to neo-Nazis, a move that could lead to criticism that Austria is destroying part of its dark past.

A stone memorial to Holocaust victims sits in front of the building, as NPR has reported. "For peace, freedom and democracy," the inscription reads. "Never again fascism. Millions dead are a warning."

The dispute started in 2012, after Pommer refused to greenlight requests for renovations. In 2016, the government began an attempt to seize the vacant property. At the time, the Interior Ministry spokesperson said the state would offer compensation to the owner of the building.

This February, a district court in Ried im Innkreis, a town in northern Austria, ordered the country's government to pay Pommer the equivalent of about $1.7 million. That ruling was overturned in the spring by a regional court, and the Supreme Court of Justice in Vienna upheld the decision in June.

The Supreme Court ruled that Pommer should receive about $908,000 (812,000 euros) in compensation. The decision was made public by Austria's Interior Ministry on Monday. 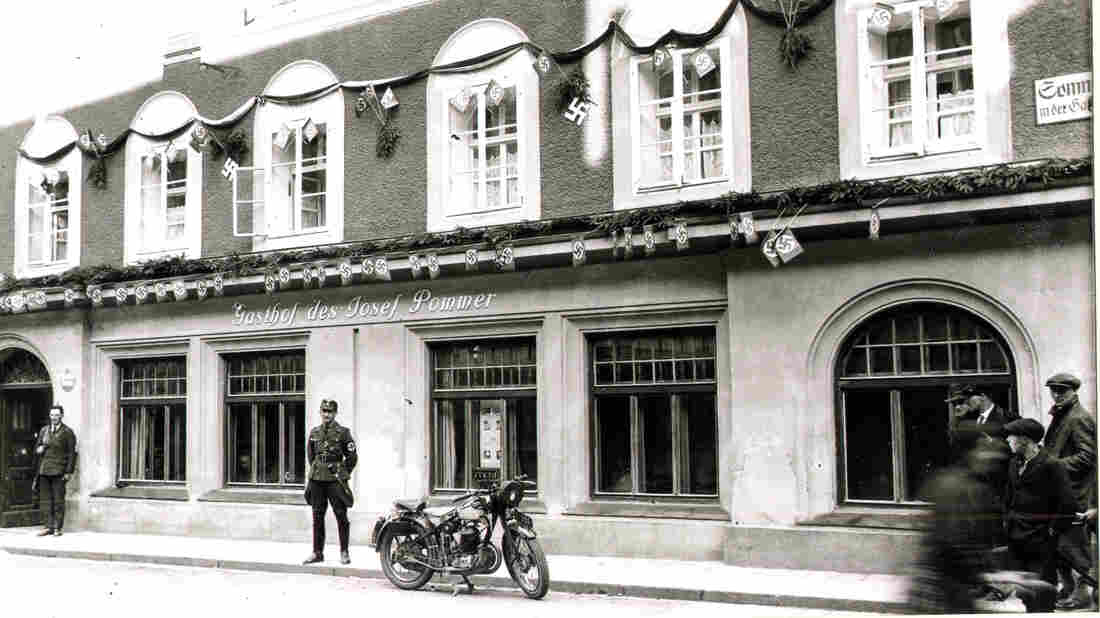 An archival image of the building in Braunau am Inn, Austria, where Adolf Hitler was born in 1889. Courtesy of Stadtverein Braunau hide caption 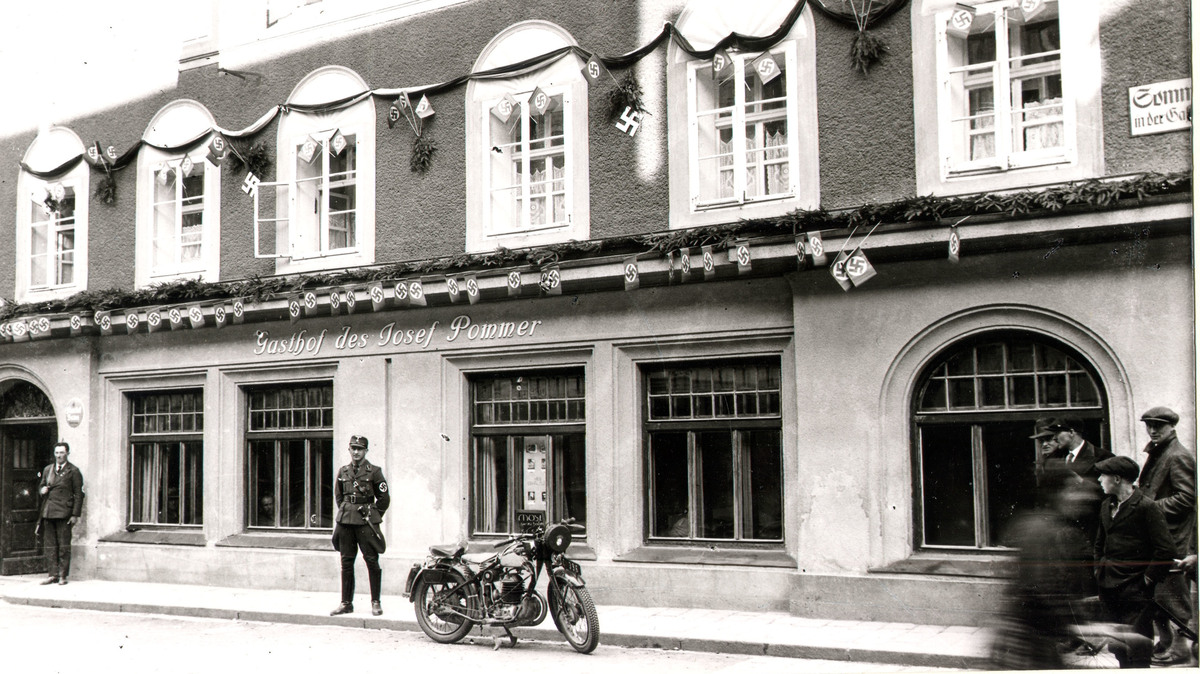 An archival image of the building in Braunau am Inn, Austria, where Adolf Hitler was born in 1889.

Hitler was born in the building in 1889, above a bar called the Stag, according to local historian Florian Kotanko. The pub served locals, and renters lived in the apartments upstairs. Hitler's family rented an apartment somewhere on the second floor, he said.

During World War II, Nazis used the space as an art gallery and library, said Kotanko, who is head of the Braunau Society for Contemporary History. "When American troops liberated Braunau in May 1945, a German platoon tried to blow up the house, and the Americans defended it," he told NPR.

The building later became a bank and then a school, he said. By the 1970s, the Austrian government was renting the property, turning the space into a center for people with special needs through a public-private partnership.

The government paid about $5,600 every month in rent, according to a New York Times report.

NPR was unable to immediately reach Pommer for comment.

Kotanko said he has known Pommer since childhood. "Whenever I tried to talk to her, she avoided and refused to get into any dispute with me about the house," he said.

For Austria, A Tough Choice On What To Do With Hitler's Birthplace

Kotanko wasn't sure why she held on to the property for so long. But he said Pommer once told him, " 'Whatever you have inherited, you must not sell.' It was her heritage for her and her family."

The Austrian government has said it plans to renovate the building.

Interior Ministry spokesperson Gerald Hesztera told NPR that the next steps involve "an open competition for architects to see what they propose for the so-called Hitler house." He said officials are deciding whether the competition will be Europe-wide or open just to Austrians. The function of the building, he said, will be one part of the competition.

"It was a goal to get the property for the Austrian government so that we can do whatever we want with it," Hesztera said.

Kotanko hopes the site will retain some of its historical elements. "In my opinion, a part of the house should be used for educational purposes," he said.