Accessibility links
Cyntoia Brown Released After 15 Years In Prison For Murder Brown, 31, was released from a Tennessee prison after serving 15 years of a life sentence for killing a man when she was a teenager. She was granted clemency in January.

Cyntoia Brown Released After 15 Years In Prison For Murder

Cyntoia Brown Released After 15 Years In Prison For Murder 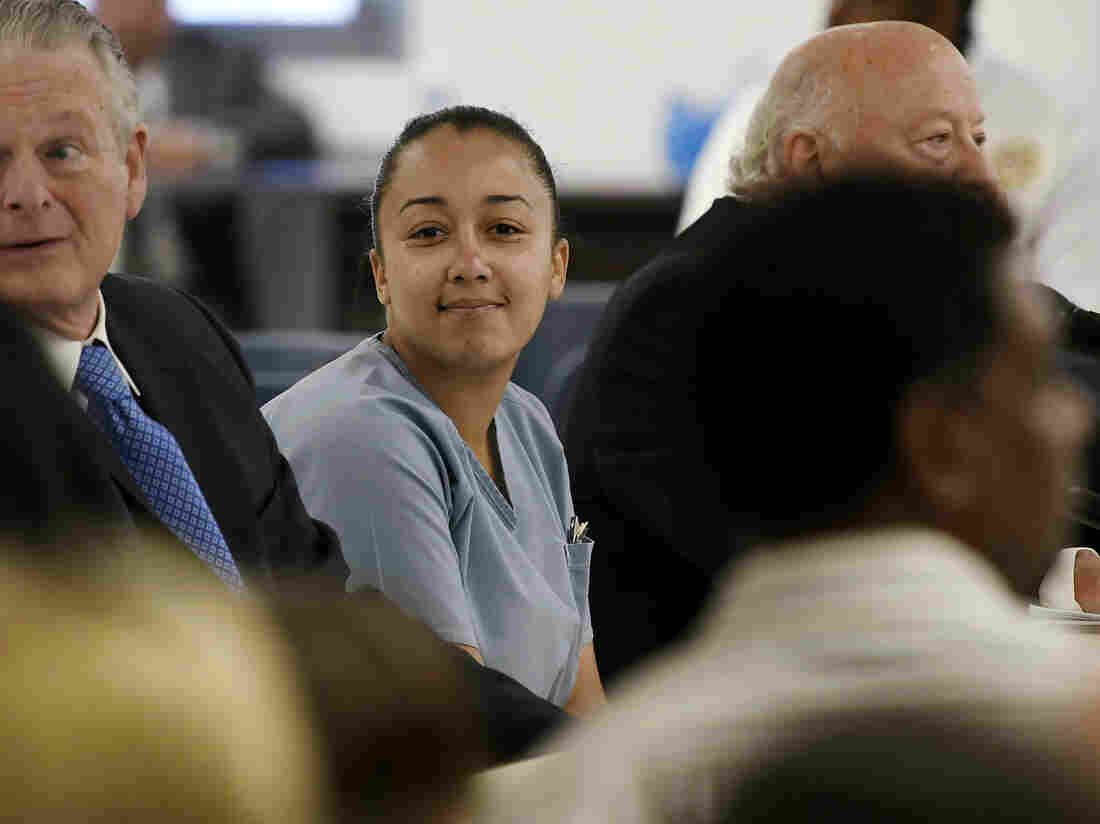 Cyntoia Brown, a woman serving a life sentence for killing a man when she was 16, appeared during her clemency hearing in May 2018. Brown and her supporters for years have maintained that the 2004 killing was an act of self-defense. Lacy Atkins/AP hide caption 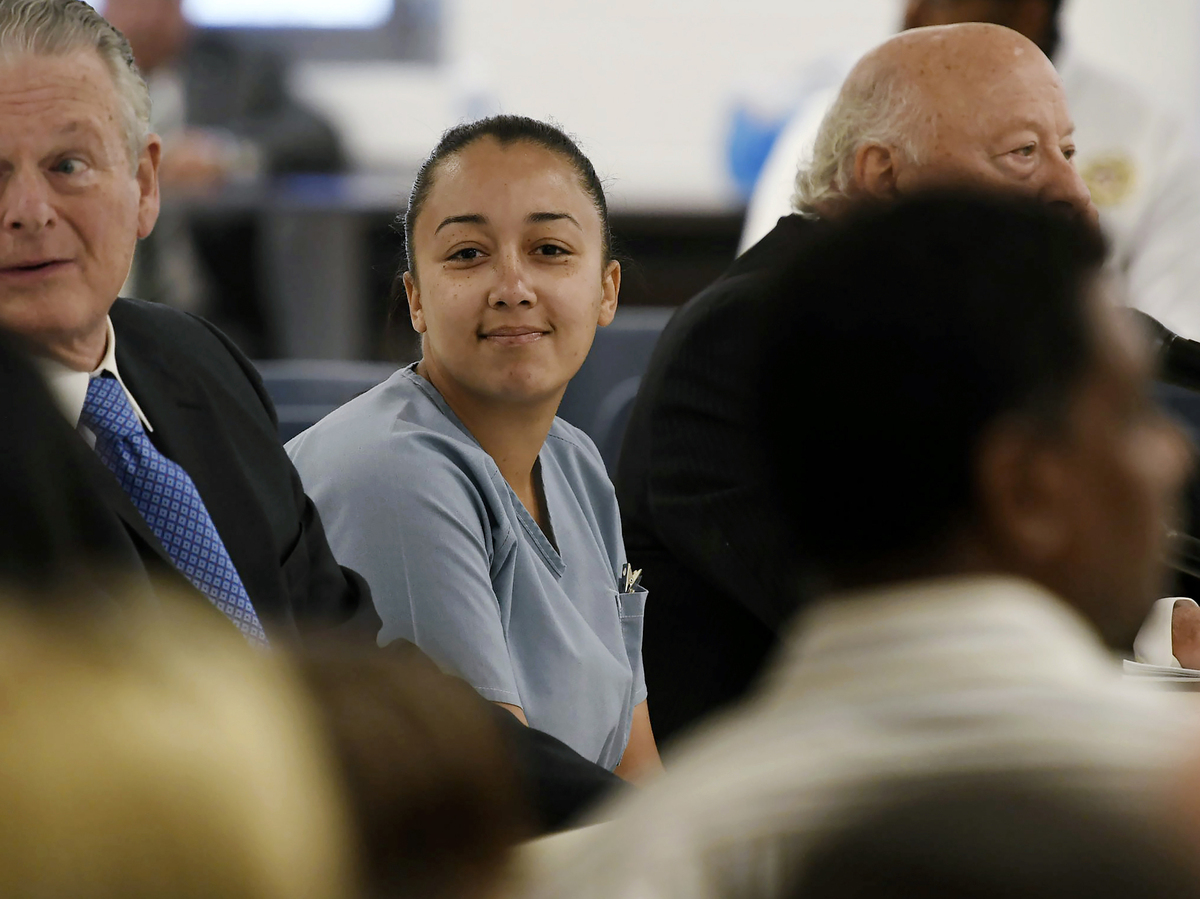 Cyntoia Brown, a woman serving a life sentence for killing a man when she was 16, appeared during her clemency hearing in May 2018. Brown and her supporters for years have maintained that the 2004 killing was an act of self-defense.

Cyntoia Brown, who served 15 years of a life sentence for killing a man when she was 16, has been released from a Nashville prison, Tennessee officials announced early Wednesday.

Earlier this year, then-Gov. Bill Haslam took the unusual step of granting Brown clemency for what he called a "tragic and complex case," a major victory for Brown and her supporters, who for years have maintained that the 2004 killing was an act of self-defense.

Over the years, the fight for Brown's release has brought prominent lawyers to her defense, a PBS documentary and backing from celebrities including Kim Kardashian West and Rihanna. Her case also inspired the introduction of state legislation aimed at protecting minors who are victims of sex trafficking.

In 2006, Brown was convicted of aggravated robbery and first-degree murder for killing 43-year-old real estate agent Johnny Allen, whom she went home with after he picked her up for sex at a Sonic Drive-In in Nashville.

She told police that she pulled a pistol out of her purse and fatally shot Allen because she thought he was reaching for a gun.

She then fled with Allen's guns and money. She drove away in his pickup truck.

Prosecutors claimed that Brown shot Allen as part of a plan to rob him, but Brown told police she was acting to protect herself. She was convicted and sentenced to life in prison over the killing.

The U.S. Supreme Court has ruled that mandatory life sentences without parole for juvenile offenders are not constitutional, but Tennessee prosecutors successfully argued that Brown would technically become eligible for parole after 51 years, in 2055.

Brown, now 31, was among more than 180 inmates serving life sentences in the state for crimes they committed as teenagers.

She never testified during her trial, but during her appeals process, Brown, who had been a teenage runaway, took the stand and described how at the time of the killing, she was ensnared in an abusive relationship with a drug dealer known as Cut Throat who forced her into prostitution.

Her case gained new scrutiny with the rise of the #MeToo movement, as her supporters drew attention to the case using the hashtag #FreeCyntoiaBrown. Criminal justice reform advocates portrayed Brown's case as an example of the unreasonable incarceration of a teenager who was a victim of sex trafficking.

"Did we somehow change the definition of #JUSTICE along the way??" Rihanna asked in a 2017 Instagram post about Brown that received nearly 2 million likes. "The system has failed," Kardashian West tweeted.

"Transformation should be accompanied by hope," Haslam said when commuting her sentence to parole in January.

On Tuesday, the National Women's Law Center celebrated the long legal battle that led to Brown's release, but with a cautionary note.

"We're glad Cyntoia has finally been freed — but we must not forget that she never should have been in prison in the first place. We must continue to seek justice for survivors like her," the group said on Twitter.

Her publisher announced that Brown will release a memoir in October that will describe her traumatic childhood, how she transformed her life from behind bars and the events that led to her murder conviction and eventual release.