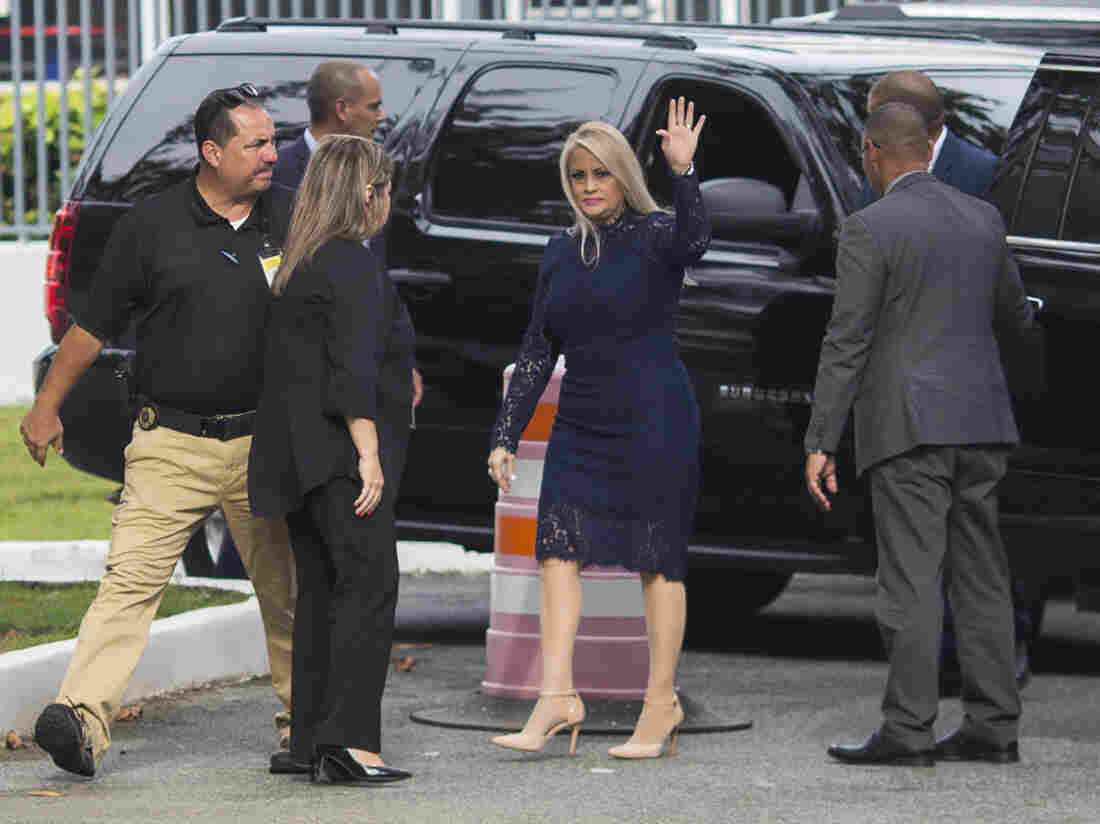 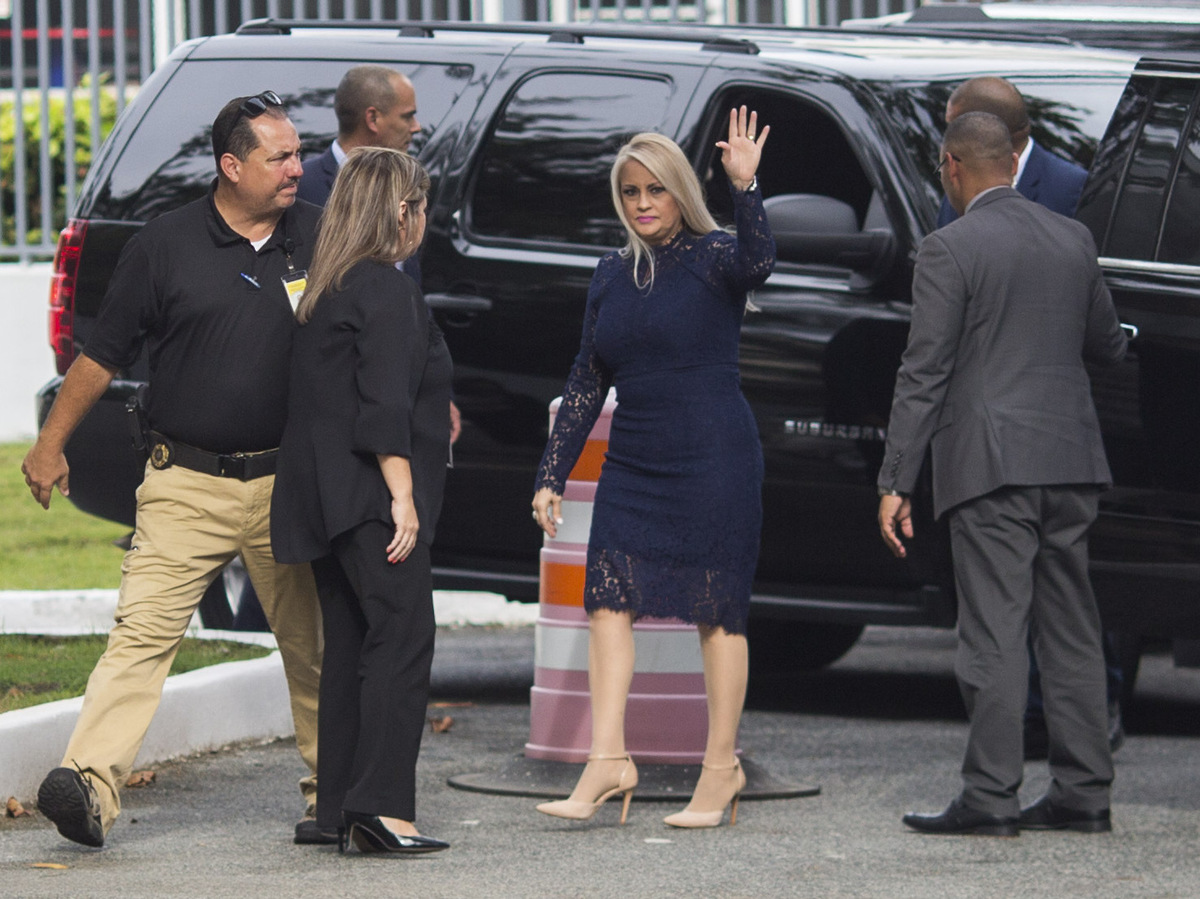 Justice Secretary Wanda Vázquez arrives at the Supreme Court, in San Juan, Puerto Rico, before she was sworn in as governor early Wednesday evening.

Justice Secretary Wanda Vázquez has been sworn in as governor of Puerto Rico, ending for now the latest dizzying developments in Puerto Rican politics.

Pedro Pierluisi, who was just sworn in as governor on Friday, was removed from office because the commonwealth's Supreme Court ruled unanimously Wednesday that his swearing-in was unconstitutional.

Vázquez was the next official in the constitutional line of succession.

Ordering Pierluisi to step aside, Judge Rafael Martínez Torres said a 2005 legislative amendment to the law of succession, called Law 7 violates the commonwealth's constitution. The measure said the secretary of state was allowed to succeed to the governor's office, even if he or she had been approved by only one chamber of Puerto Rico's congress.

As a result, the Supreme Court voided Pierluisi's swearing-in, because he was not properly confirmed as secretary of state by both Puerto Rico's Senate and House. Only the House of Representatives weighed in.

Pierluisi was nominated to be secretary of state by the former governor, Ricardo Rosselló, who resigned last Friday amid public protests and a scandal over a thread of homophobic and misogynistic texts.

Pierluisi said previously that he would respect whatever ruling the Supreme Court made.

The island's constitution called for the secretary of state to be first in the line of gubernatorial succession. The next person in line was Wanda Vázquez, who stated in late July that she had "no interest" in assuming the post.

But on Wednesday, Vázquez issued a statement saying she will comply with the order of succession.

"Puerto Rico needs certainty and stability," she wrote, adding that she is acting out of "deference and respect" to the Supreme Court's ruling.

"It is important to restore credibility in Washington by showing that we are able to govern ourselves according to our own Constitution," González said in a statement.

In a previous version of the summary for this story that appeared on the homepage, Pedro Pierluisi's last name was misspelled as Perluisi.