Accessibility links
ICE Raids In Mississippi Bring Arrests Of More Than 600 Unauthorized Workers The ICE raids are likely the largest operation since 2008, when 400 unauthorized workers were arrested in Iowa.

Mississippi Immigration Raids Lead To Arrests Of Hundreds Of Workers

Mississippi Immigration Raids Lead To Arrests Of Hundreds Of Workers 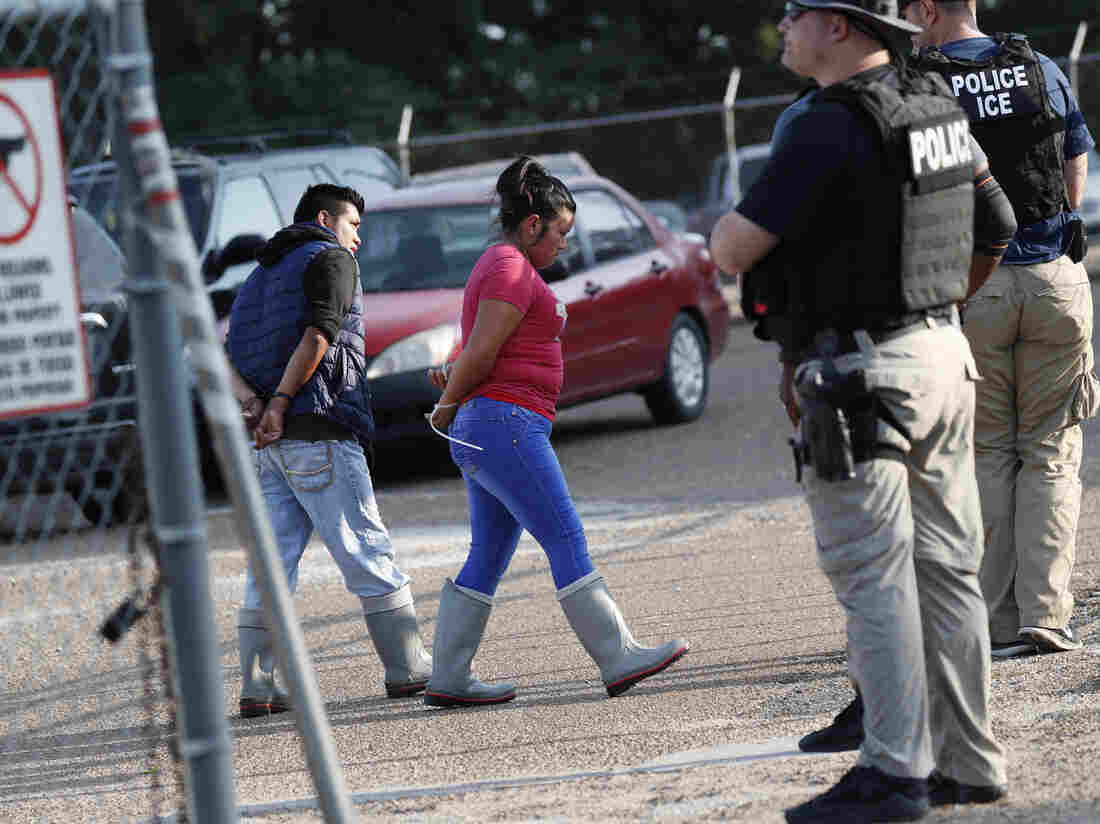 Two people are taken into custody by ICE agents at a Koch Foods Inc. plant in Morton, Miss., one of seven food processing plants targeted for coordinated raids in the state. Rogelio V. Solis/AP hide caption 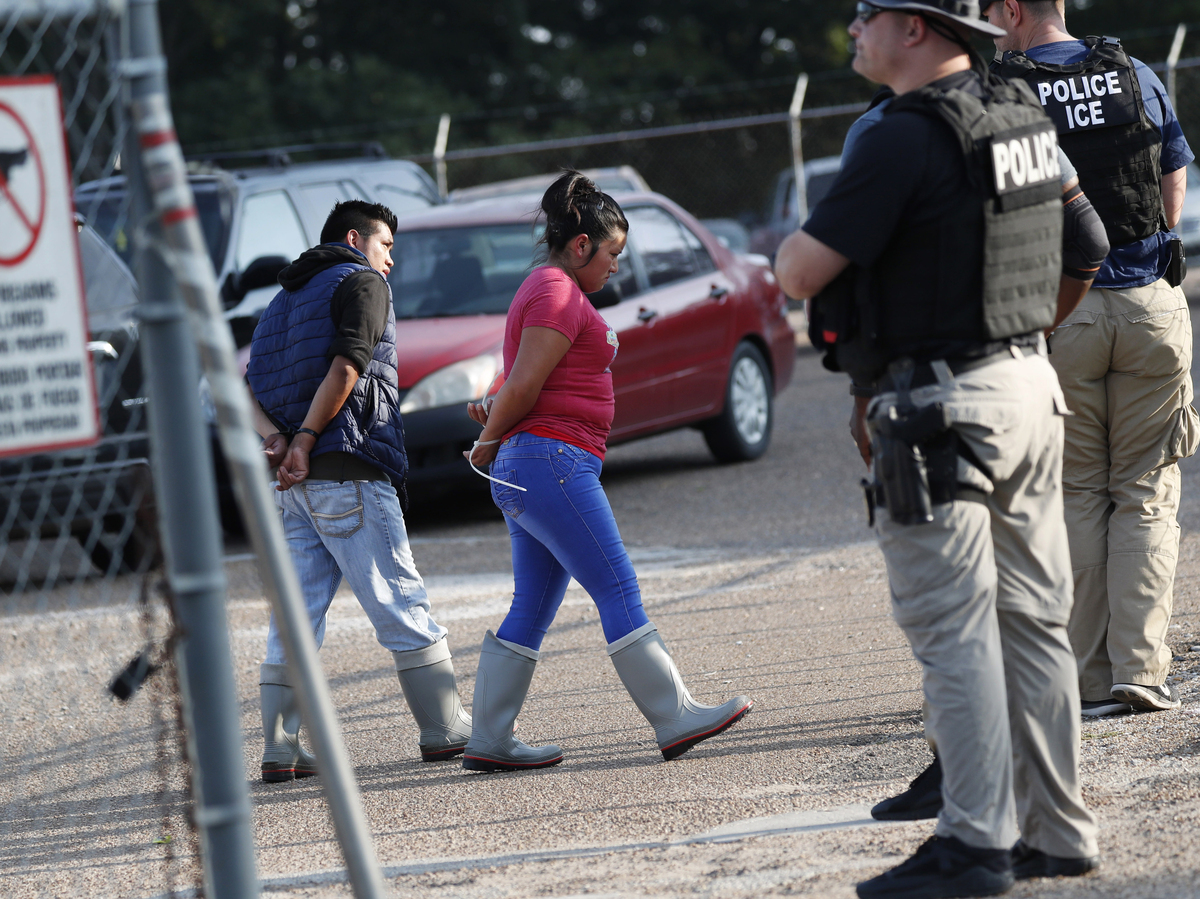 Two people are taken into custody by ICE agents at a Koch Foods Inc. plant in Morton, Miss., one of seven food processing plants targeted for coordinated raids in the state.

Federal immigration officials raided several food-processing plants in Mississippi on Wednesday and arrested approximately 680 people believed to be working in the U.S. without authorization.

The coordinated raids were conducted by the U.S. Immigration and Customs Enforcement's Homeland Security Investigations "at seven agricultural processing plants across Mississippi," according to an ICE statement. In addition to the arrests, agents seized company business records.

More than 600 ICE agents were involved in the raids, surrounding the perimeters of the targeted plants to prevent workers, mainly Latino immigrants, from escaping. The actions were centered on plants near Jackson owned by five companies, according to The Associated Press.

One of the plants is owned by Koch Foods Inc., which bills itself as one of the largest poultry processors in the U.S. with more than 13,000 employees. Forbes ranks it as the 135th largest privately held company in the country, with an estimated $3.2 billion in annual revenue, according to Fortune.

Another plant raided Wednesday is in Canton, Miss., and is owned by Peco Foods Inc., based in Tuscaloosa, Ala. It is the eighth-largest poultry producer in the U.S., according to the company's website.

No representatives for either company responded to an email request or telephone call for comment.

The arrested workers were bused to a local Mississippi National Guard hangar, where they were interviewed about their immigration status, including whether they already had deportation orders.

"Today's raids are part of the ongoing war against immigrant families and the communities in which they live," Julia Solórzano, an attorney with the Southern Poverty Law Center, said in an emailed statement. "It is especially sickening that days after immigrants were targeted by a gunman in El Paso, Texas, workers at plants across Mississippi witnessed armed agents descending on their workplace.

"It's also worth noting that immigration agencies that have repeatedly blamed 'over capacity' detention facilities for the horrific treatment of those imprisoned nevertheless detained more than 600 people today," she said.

The size of the raid operation harks back to 2008 when, under the George W. Bush administration, more than 400 unauthorized workers were arrested in a meatpacking facility in Iowa.