Accessibility links
Andrew McCabe, Ex-FBI Deputy Director, Sues Justice Department Over Firing The former No. 2 leader of the FBI argues that his dismissal last year was groundless and that he was defamed by people in the Trump administration. He may still face criminal charges. 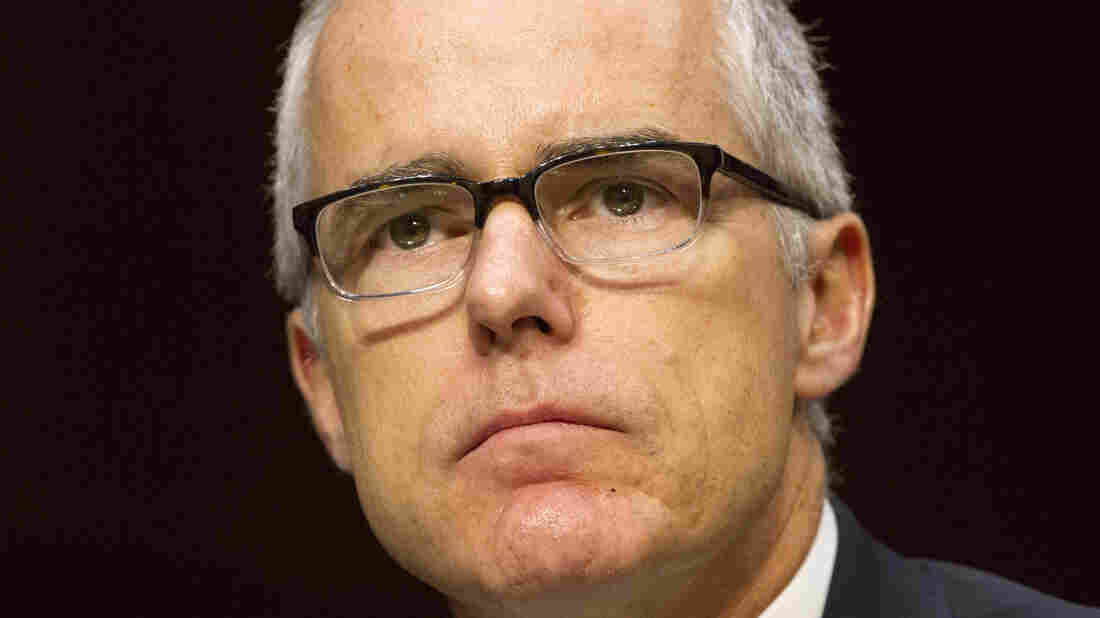 Former FBI Deputy Director Andrew McCabe is suing the Trump administration because he says he was wrongfully fired in 2018. Jacquelyn Martin/AP hide caption 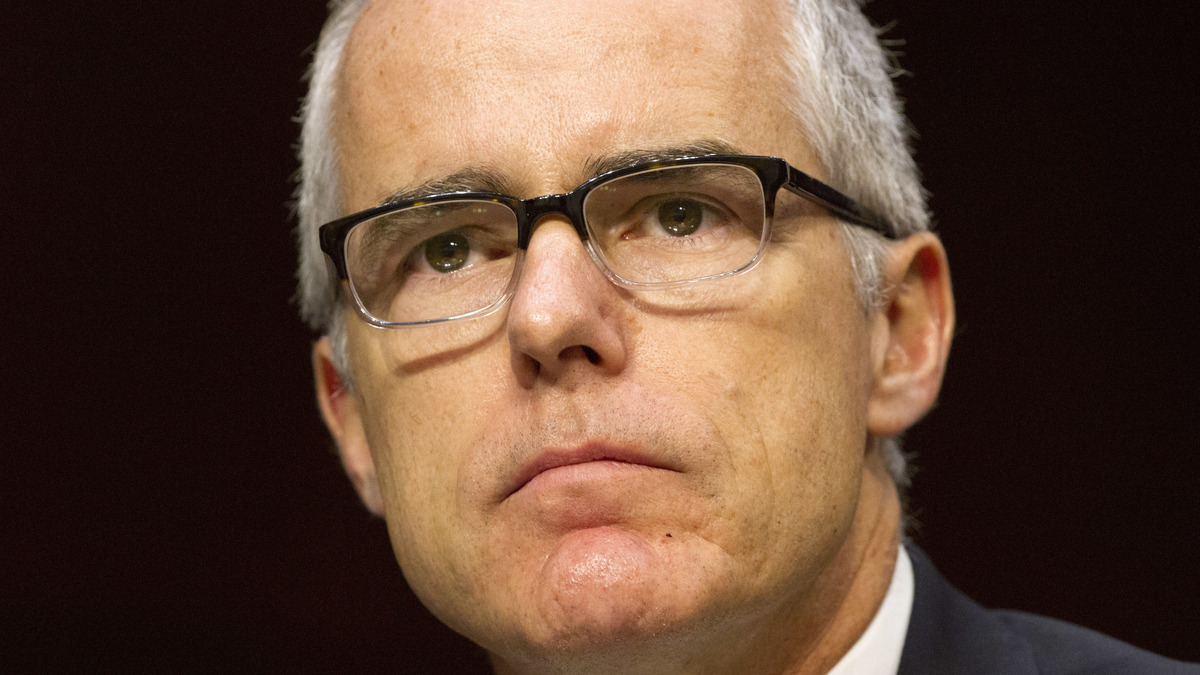 Former FBI Deputy Director Andrew McCabe is suing the Trump administration because he says he was wrongfully fired in 2018.

Former FBI Deputy Director Andrew McCabe has sued the Trump administration for what he calls his "unlawful" termination, arguing that his firing last year was the result of improper political interference by the president.

"It was Trump's unconstitutional plan and scheme to discredit and remove DOJ and FBI employees who were deemed to be his partisan opponents because they were not politically loyal to him," the complaint alleges.

In explaining the firing in April 2018, the Justice Department cited a "lack of candor" in McCabe's interviews with investigators looking into a 2016 media leak in the waning weeks of the presidential campaign.

Justice Department Inspector General Michael Horowitz said the leak about investigations into Hillary Clinton and the Clinton Foundation advanced McCabe's "personal interests" at the expense of the department's leadership.

McCabe has said those allegations were a pretext to get rid of him after months of abuse from President Trump, who had singled him out as a political scapegoat in the 2016 campaign. After McCabe's dismissal, Trump wrote on Twitter that it was a "great day for the hard working men and women of the FBI."

To McCabe, the termination 26 hours before his scheduled retirement had everything to do with his role in protecting the investigation into Russian election interference in 2016.

McCabe said he was "singled out and treated this way because of the role I played, the actions I took, and the events I witnessed in the aftermath of the firing of James Comey," he said in a statement last year.

Comey said he supported McCabe after his firing. But in an interview with NPR's Morning Edition, Comey also said his ouster seemed appropriate, given the circumstances.

Comey also said that the process had been infected with "corrosive doubt" because of Trump's attacks on McCabe in the past. Trump targeted McCabe in part because his wife had unsuccessfully run for state office in Virginia with support from Democrats.

Trump and Republicans said that meant McCabe was a Democrat and accordingly biased against the president, which McCabe has all along denied.

The U.S. attorney's office in Washington, D.C., and a grand jury there have been considering whether McCabe may have broken any laws. So far no charges have been filed.