'After The Wedding' There'll Be Dinner, Dancing And Dire Revelations

'After The Wedding' There'll Be Dinner, Dancing And Dire Revelations 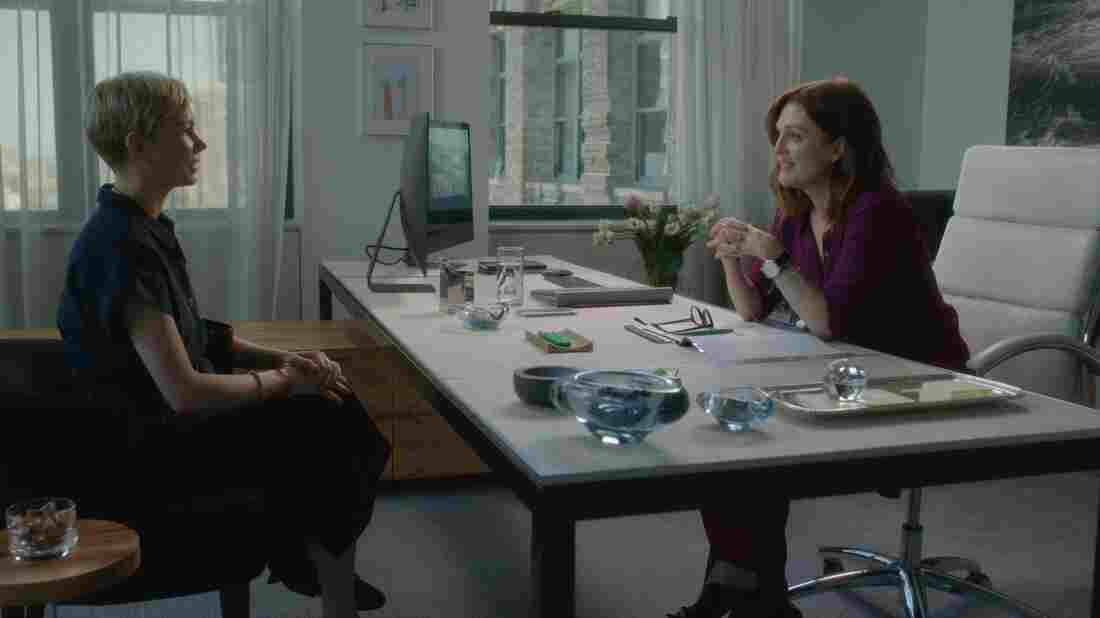 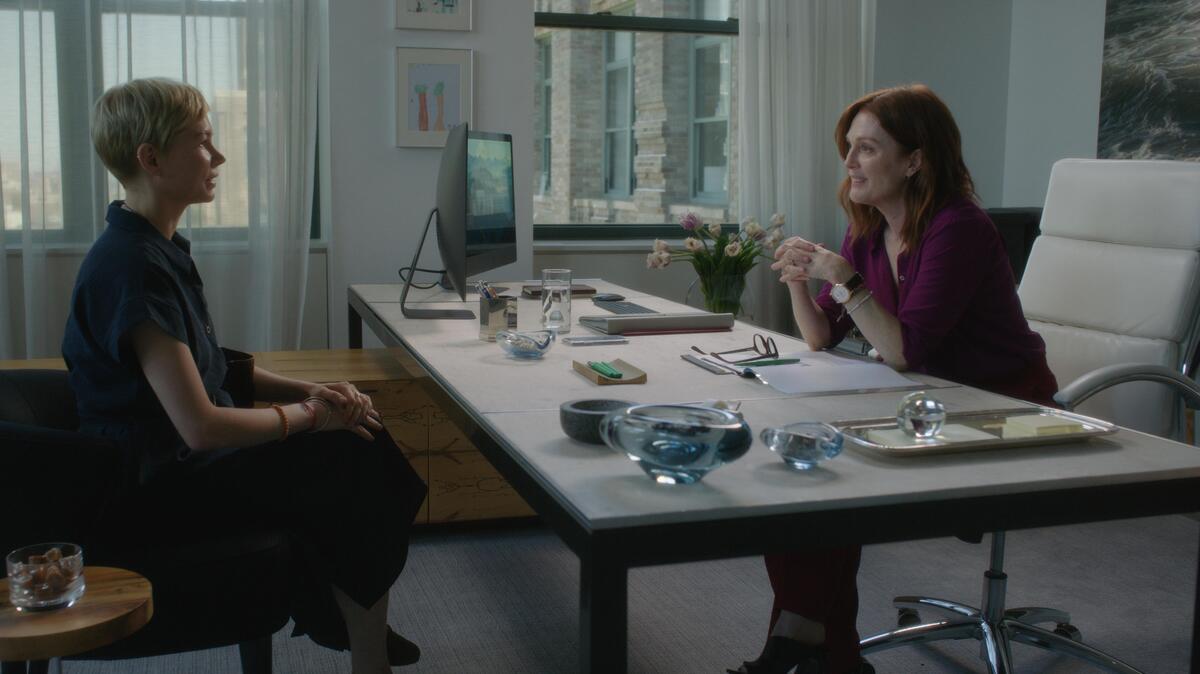 Chicken or Beef? Michelle Williams (left) and Julianne Moore (right) star in After the Wedding, a gender-swapped remake of an Oscar-nominated 2006 Danish drama.

American filmmaker Bart Freundlich's equal-opportunity remake of Danish director Susanne Bier's After the Wedding switches the genders of the central characters, yielding plum roles for two superb actresses: Julianne Moore (who is Freundlich's spouse) and Michelle Williams. But since the premise of Bier's 2006 drama turns on motherhood, the main effect of the shift is to heighten the story's contrivance. Just how it does so can't be explained, alas, without divulging an essential plot twist.

The movie opens in south India, where Isabel (Williams) meditates with a bunch of kids, including an 8-year-old with whom she has a special bond. Isabel has been looking out for Jai (Vir Pachisia) since he was a baby found by the side of a road. He's the surrogate child of an American expat who's apparently sublimated her maternal feelings into running an orphanage.

Enter Isabel's opposite number, Theresa (Moore), a New Yorker who aggressively has it all. She presides over some sort of booming media company while mothering two tween boys and a grown daughter, the symbolically named Grace (Abby Quinn). Theresa also possesses the ideal non-threatening trophy husband, Oscar (Billy Crudup). He's a famous sculptor whose work is tidily abstract, without any messy content.

Theresa is about to sell her company and give away many of her millions. Somehow, she's located Isabel's orphanage and made a generous proposal. To Isabel's displeasure, Theresa insists that the younger woman travel to New York for an audition. Theresa will, of course, pay for everything — beginning with a room at a boutique luxury hotel sure to make anyone who lives in India feel uncomfortable.

At their first meeting, Theresa makes another offer Isabel can't refuse: an invitation to Grace's wedding at the family's palatial suburban estate. Soon after she arrives at the ceremony, Isabel realizes she has a connection to the family. Theresa's bid to fund the orphanage is self-interest, not altruism.

Revelations flow like expense-account champagne in Freundlich's movie, and viewers needn't have seen Bier's edgier original — or 1998's Stepmom-- to stay several steps ahead of the script. The scenario is principally an occasion for Moore to disintegrate extravagantly, and for Williams to trade an indignant glower for a demeanor that's, well, more nurturing.

Bier's inventive melodramas are set in an affluent country, but one that's less ostentatious about its wealth than Freundlich's U.S.A. She often serrates the edges of her soap-operatic plots by dispatching characters to and from such developing-economy countries as India and Afghanistan. The bourgeois protagonists are both scarred and sanctified by their exposure to locales beleaguered by war and poverty.

This strategy barely survives in Freundlich's glossy retelling, in which every location resembles that suffocating boutique hotel. Perhaps it's appropriate that the highly mobile camera glides like a prima ballerina through Theresa, Oscar, and Grace's privileged world. But the movie opens in the same mode, as a camera-bearing drone swoops over and into Isabel's presence. Tellingly detached from pungent street life, Freundlich's sanitized India makes The Best Exotic Marigold Hotel look like cinema verite.

If this redo is slick and shallow, it's nonetheless meticulously constructed and entirely watchable, with only a few histrionic moments. Indeed, After the Wedding may be a little too calm, thanks to Williams and Crudup's understated performances. Uncontrollable events disrupt Theresa's perfectly appointed life, yet barely muss Freundlich's carefully bridled film.