Accessibility links
MLB's Yankees And White Sox To Play At 'Field Of Dreams' Farm For one night, big leaguers will play baseball at the Iowa farm that was made famous in the beloved film Field of Dreams. 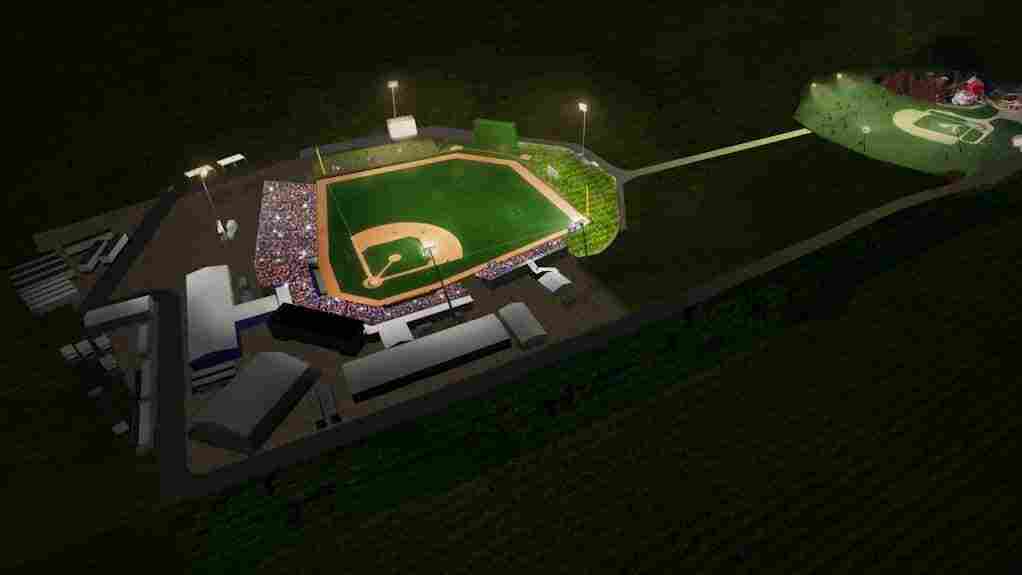 In Iowa, a temporary ballpark will be built to host a game between the New York Yankees and Chicago White Sox next summer. Major League Baseball hide caption 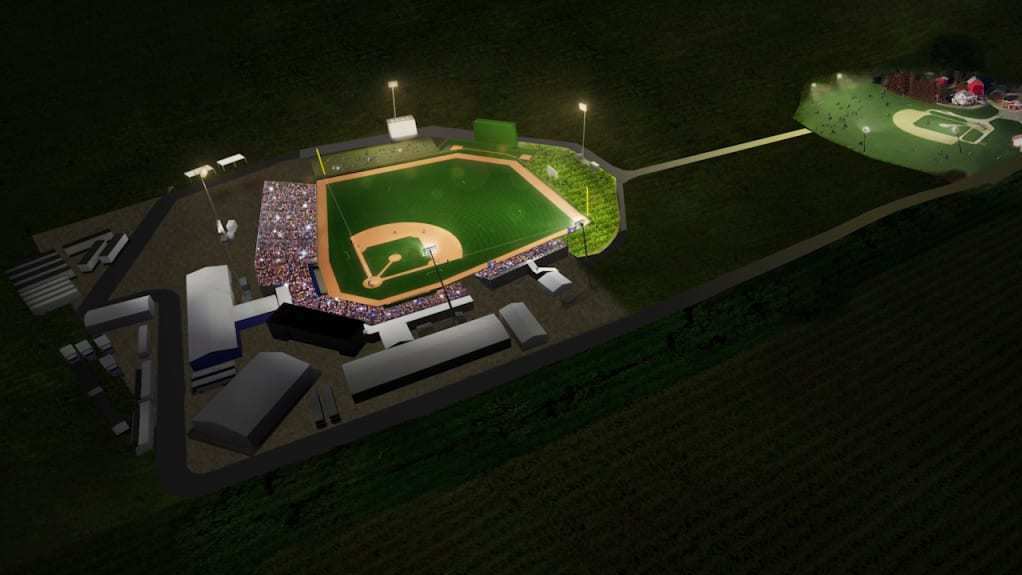 In Iowa, a temporary ballpark will be built to host a game between the New York Yankees and Chicago White Sox next summer.

If they appear, "Shoeless" Joe Jackson and Archibald "Moonlight" Graham will only be there in spirit. But for one night, big leaguers will play baseball at the Iowa farm that was made famous in the beloved film Field of Dreams.

The New York Yankees and Chicago White Sox will face off at the Dyersville, Iowa, farm next August, Major League Baseball announced Thursday. The game will count as part of the regular season — starting a three-game series between the Yankees and White Sox. The two teams will then have one day off as they travel to Chicago to finish out the series.

The game is slated for the night of Aug. 13, 2020 — three decades after Field of Dreams debuted in 1989. But Aaron Judge and his fellow MLB stars won't be playing on the same diamond that was created for the Kevin Costner movie. Instead, they'll play at a temporary 8,000-seat ballpark.

"As a sport that is proud of its history linking generations, Major League Baseball is excited to bring a regular season game to the site of Field of Dreams," MLB Commissioner Robert D. Manfred Jr. said. "We look forward to celebrating the movie's enduring message of how baseball brings people together at this special cornfield in Iowa."

According to MLB, the facility will be built adjacent to rows of corn like those that lined the outfield in the movie — and from which the mythical players appeared, fulfilling the whispered prophecy, "If you build it, he will come." A pathway will connect the site with the movie location.

Celebrating the plan for what will be the first MLB game ever played in her state, Iowa Gov. Kim Reynolds echoed a famous exchange from the film:

In a tweet from MLB, that exchange has now been reedited to show the Yankees' Judge asking that question of Costner's character.

In addition to the prediction that legendary ballplayers would come to play ball in an Iowa cornfield, Field of Dreams also predicted people would flock to the site. And for years, they've done just that, making pilgrimages to soak in the field's timeless character and to feel the buoyancy that sports can bring.

Now, MLB is hoping fans will want to watch baseball at the Iowa farm. The idea, as James Earl Jones said when he portrayed the character Terence Mann, is that people will come to see their heroes:

"And they'll watch the game, and it'll be as if they've dipped themselves in magic waters," Jones said in the film. "The memories will be so thick they'll have to brush them away from their faces."