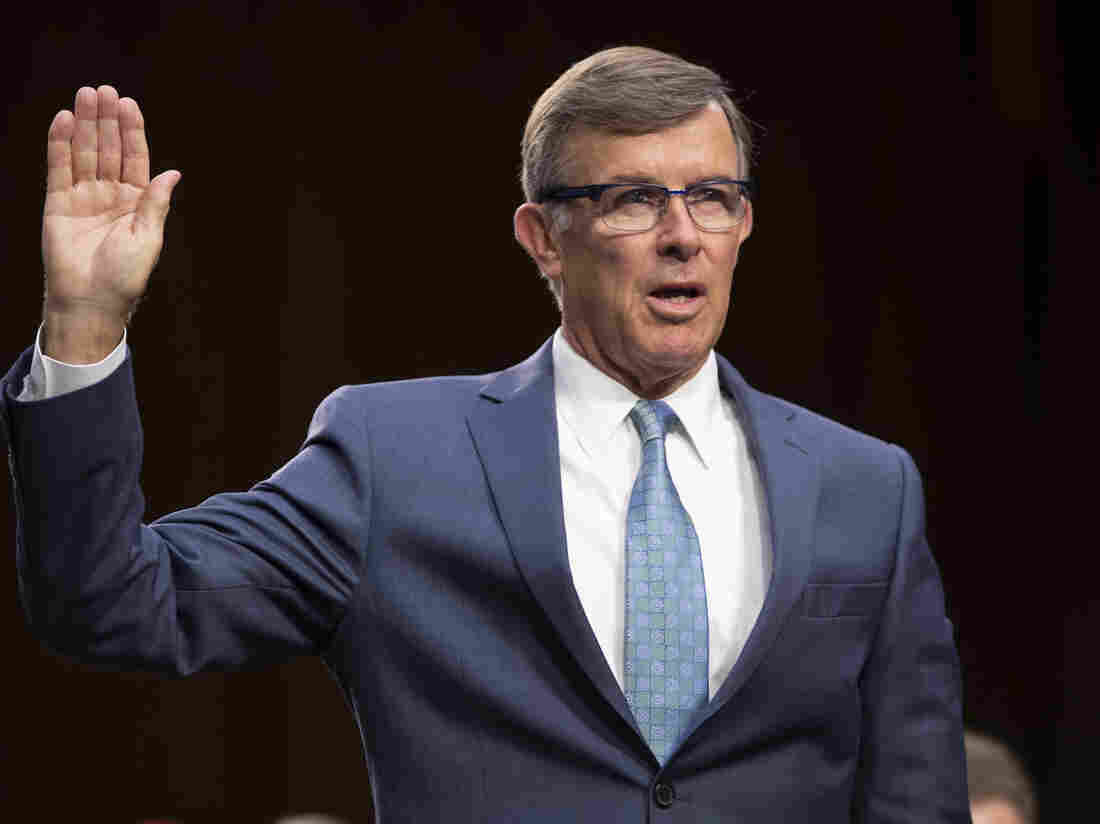 Retired Vice Adm. Joseph Maguire appears before the Senate Intelligence Committee to be confirmed as the director of the National Counterterrorism Center, in July 2018. J. Scott Applewhite/AP hide caption 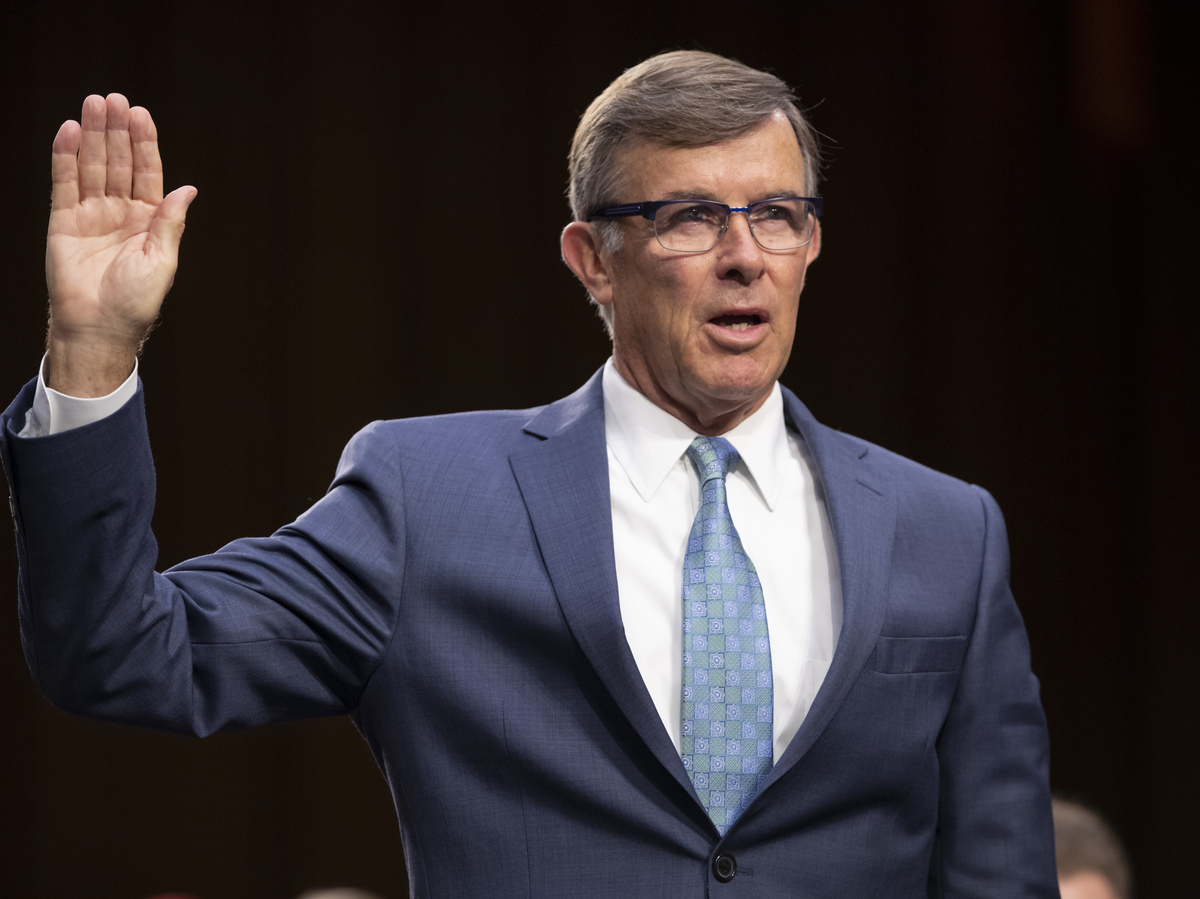 Retired Vice Adm. Joseph Maguire appears before the Senate Intelligence Committee to be confirmed as the director of the National Counterterrorism Center, in July 2018.

In a shake-up of the top ranks of U.S. national intelligence, President Trump announced Thursday that he will name Joseph Maguire, the current Director of the National Counterterrorism Center, as the nation's acting top intelligence official.

Trump made the announcement close on the heels of a tweet disclosing the resignation of the current deputy director of national intelligence, Sue Gordon. Her resignation takes effect on August 15, the same day as that of outgoing Director of National Intelligence Dan Coats, which had already been announced.

The director of national intelligence oversees the country's civilian and military intelligence.

"I am pleased to inform you that the Honorable Joseph Maguire, current Director of the National Counterterrorism Center, will be named Acting Director of National Intelligence, effective August 15th. Admiral Maguire has a long and distinguished....career in the military, retiring from the U.S. Navy in 2010. He commanded at every level, including the Naval Special Warfare Command. He has also served as a National Security Fellow at Harvard University. I have no doubt he will do a great job!"

"Sue Gordon is a great professional with a long and distinguished career. I have gotten to know Sue over the past 2 years and have developed great respect for her. Sue has announced she will be leaving on August 15, which.... coincides with the retirement of Dan Coats. A new Acting Director of National Intelligence will be named shortly."

Gordon was a career CIA officer who Trump said he could consider as acting DNI, something supporters argue was owed to her by the law. The New York Times had reported that Trump barred her from intelligence briefings in the Oval Office at least once. Publicly, Trump stated, "I like Sue Gordon."

In her letter of resignation, Gordon thanked the president "for the opportunity to serve the Nation as the Principal Deputy Director of national Intelligence for the past two years."

Gordon won praise from both the chairman and vice chairman of the Senate Intelligence Committee.

The chairman, Sen. Richard Burr, R-N.C., called her resignation "a significant loss for our Intelligence Community."

"In more than three decades of public service, Sue earned the respect and admiration of her colleagues with her patriotism and vision," Burr said in a statement. "She has been a stalwart partner to the Senate Intelligence Committee, and I will miss her candor and deep knowledge of the issues."

Sen. Mark Warner, D-Va., the committee vice chairman, echoed those remarks in a series of tweets praising Gordon and suggesting that she was pushed out by Trump.

"The mission of the intelligence community is to speak truth to power," Warner wrote. "Yet in pushing out two dedicated public servants in as many weeks, once again the President has shown that he has no problem prioritizing his political ego even if it comes at the expense of our national security."

In a handwritten note to the president, Gordon made it clear she did not wish to leave her post.

"I offer this letter as an act of respect & patriotism, not preference. You should have your team.