Accessibility links
Trump 2020 Campaign Donors Are Under Pressure Opponents of President Trump are increasing public pressure on those who contribute to the Trump reelection campaign. One major Trump donor faces a call for a boycott of a business he owns, SoulCycle. 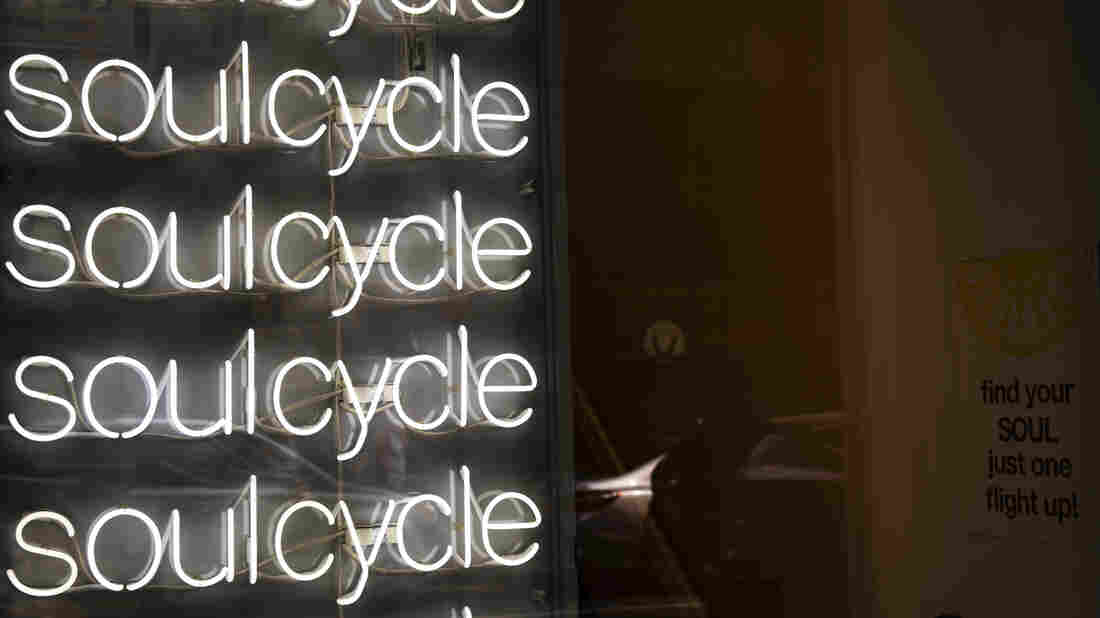 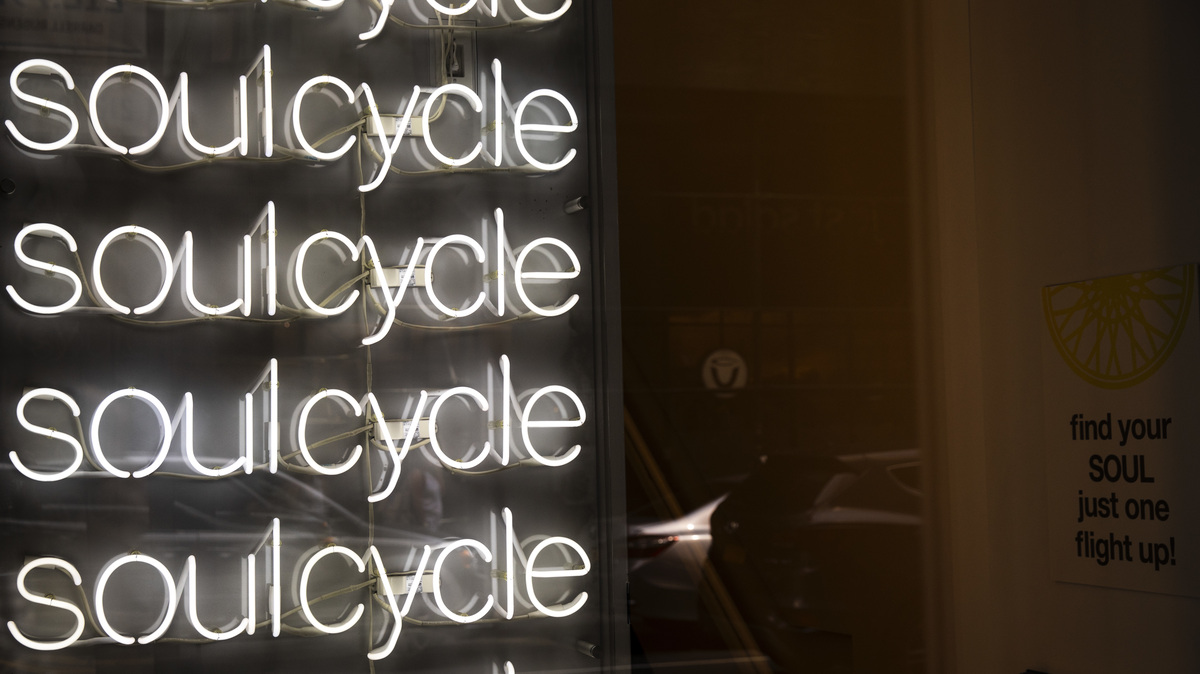 A SoulCycle fitness studio in New York City. The billionaire owner of Equinox and SoulCycle, Stephen Ross, is planning a fundraiser for President Trump.

Trump campaign donors are under pressure.

Two high-profile episodes this week could signal a year in which the glare of the campaign usually reserved for candidates pivots to put those who make personal donations to political campaigns in the spotlight.

The first comes courtesy of Rep. Joaquin Castro, D-Texas, of San Antonio, who is also the co-chairman of his twin brother Julian Castro's campaign for the Democratic nomination for president.

On Aug. 5, Rep. Castro's congressional campaign Twitter account called out dozens of local businesses and individuals who donated the maximum ($2,800 per candidate per election) to the Trump reelection effort. The tweet said: "Sad to see so many San Antonians as 2019 maximum donors to Donald Trump." He listed a few in the tweet — including a barbecue owner and a real estate agent — and then a much longer list in an attachment featuring 44 names in all. The body of the tweet continued, "Their contributions are fueling a campaign of hate that labels Hispanic immigrants as 'invaders.'"

Sad to see so many San Antonians as 2019 maximum donors to Donald Trump — the owner of ⁦@BillMillerBarBQ⁩, owner of the ⁦@HistoricPearl, realtor Phyllis Browning, etc⁩.

Their contributions are fueling a campaign of hate that labels Hispanic immigrants as ‘invaders.’ pic.twitter.com/YT85IBF19u

Strong criticism followed almost immediately. Republicans on Twitter called Castro out for what they considered unfair targeting of people exercising their right to contribute to a political campaign.

"My post was actually a lament," he told MSNBC's Joe Scarborough on the Morning Joe program. Defending his actions, Castro noted that he simply revealed information that is already part of the public record, easily found online by anyone interested in looking for it. As for those names, he said it's good that residents of San Antonio — a city where more than 60% of the population is Hispanic — know who among them is funding Trump's campaign.

"We patronize these places," he said, referring to business owners who gave money to the Trump campaign, "and they're giving their money to this guy who's taking their money and using it to buy Facebook ads talking about how Hispanics are invading this country."

Then this blunt final assertion from Rep. Castro, "We saw the cost of that in El Paso over the weekend. People died. "

Making that direct link to the mass murder at a Walmart in El Paso was what really prompted the outrage.

President Trump tweeted that Castro had made a fool of himself.

I don’t know who Joaquin Castro is other than the lesser brother of a failed presidential candidate (1%) who makes a fool of himself every time he opens his mouth. Joaquin is not the man that his brother is, but his brother, according to most, is not much. Keep fighting Joaquin!

Kellyanne Conway, the president's adviser, told Fox News that Castro's actions set "a terrible precedent." She said it doesn't matter that such information is already part of the public record, describing Castro's tweet as "some kind of a target list" designed to make life "miserable or worse for law-abiding citizens expressing their First Amendment right."

Joaquin Castro says he wants Trump donors to think twice. He insists he's not calling for boycotts, but others are.

One prominent target this week is the popular fitness chain SoulCycle and its owner Stephen Ross, who also owns the NFL's Miami Dolphins. Ross is facing the wrath of anti-Trump activists because he is hosting a big Trump fundraiser on Friday evening at his home on Long Island. The president is scheduled to attend.

SoulCycle distanced itself from Ross, saying he is a "passive investor" not involved in the company's management:

A note from our CEO pic.twitter.com/UwxBWR76B0

Campaign disclosure rules came in the wake of Watergate.

The law requires public disclosure of campaign donations above $200.
It's one of many reforms enacted since the scandal of the 1970s. Sheila Krumholz, the executive director of the Center for Responsive Politics and a fierce advocate for transparency, says the timing of Castro's tweet, coming right after a weekend of violence, plays into the hands of anti-transparency forces.

"There are folks who would like nothing more than to remove access to information about who's paying for our elections," she warns.

But Krumholz also notes that the point of disclosure laws passed after Watergate is to monitor politicians and the impact of contributions. The intent is not to target individual donors.

David Keating, an attorney and president of the Institute for Free Speech, says he was disturbed by what the Texas congressman tweeted, adding that "the reason for this [donor] database is to make sure the contributions coming in are on the up and up." He also said we should never "encourage politicians or anyone else to use this to target people or incite people or take retribution against these individuals or against any business they work at."

Keating and other conservatives say this week's episodes only highlight how current campaign disclosure laws miss the mark.