Accessibility links
Walmart Orders All Violent Imagery And Videos Pulled From Stores Following shootings at two store locations, Walmart said in an internal memo that it would take down all imagery and stop playing videos that depicted violence. 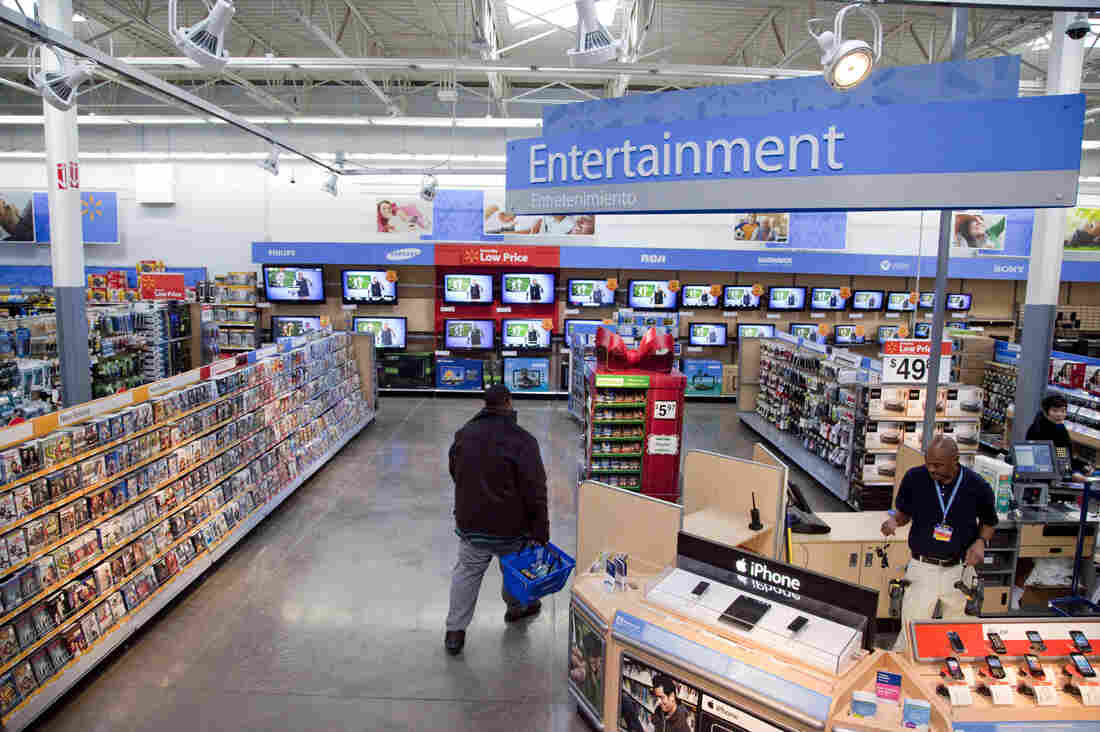 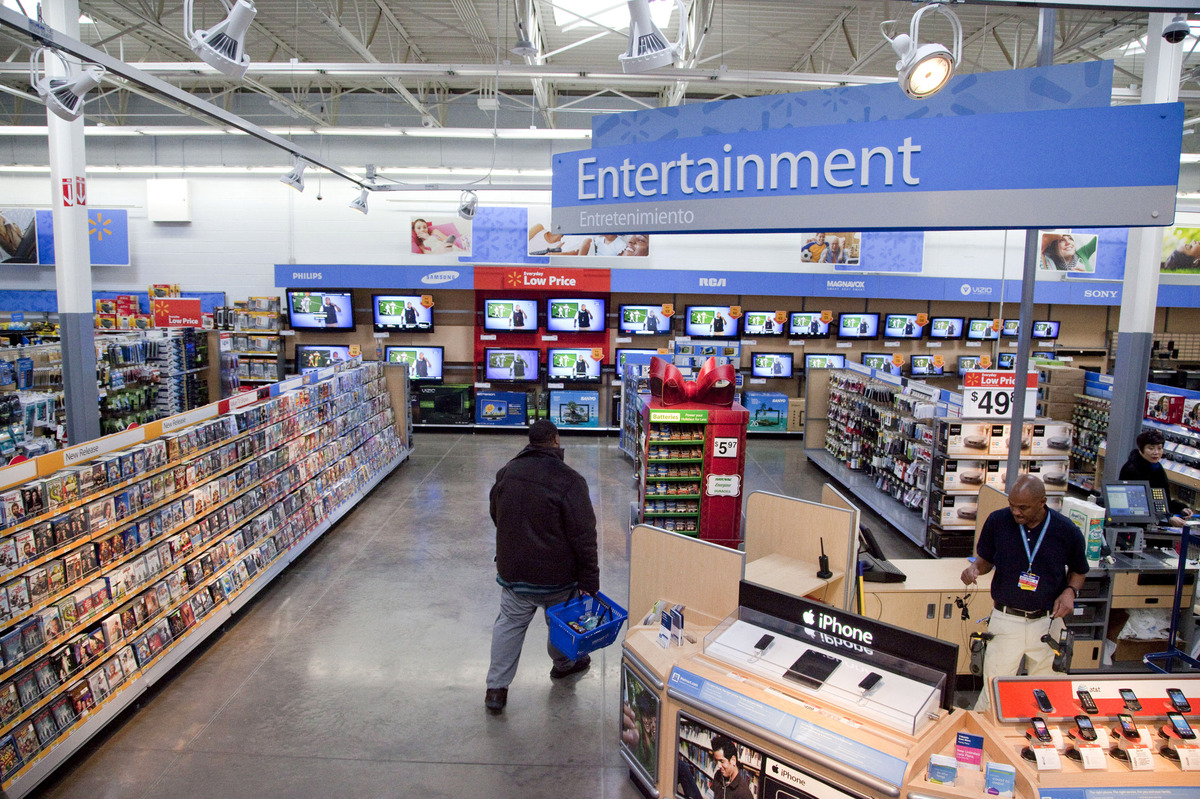 Walmart has instructed employees to remove marketing material that displays violent imagery and to unplug or turn off video game consoles that show violent games.

After a mass shooting at a Walmart in El Paso, Texas, that left 22 people dead, the company said it would remove from its stores all signs, displays or videos that depict violence in an internal memo.

However, the chain did not say it would stop selling firearms despite pressure from progressives and gun control advocates.

Under the heading: "Immediate Action," employees were instructed to "Review your store for any signing or displays that contain violent images or aggressive behavior. Remove from the sales floor or turn off these items immediately."

Apparently Walmart is telling its employees to take down displays that show violent video games, specifically shooters, as well as movies and hunting videos. pic.twitter.com/2N3t4B86tf

"We've taken this action out of respect for the incidents of the past week," spokeswoman Tara House told The Associated Press on Friday. In a statement to USA Today, she added, "This action does not reflect a long-term change in our video game assortment."

The shooting in El Paso came days after a Walmart employee shot and killed two other workers in Southaven, Miss., and a day before a gunman killed nine people in Dayton, Ohio.

Walmart does not sell assault-style rifles — it stopped doing so in 2015. But the company still sells other guns. It is facing pressure to stop selling firearms altogether, and some of that pressure is internal. This past Monday, Thomas Marshall, a California-based corporate employee, sent a mass email to workers calling for a strike until the company decides to stop selling firearms.

In a Facebook post Tuesday, Walmart chief executive Doug McMillon said Walmart would "work to understand the many important issues that arise from El Paso and Southaven, as well as those that have been raised in the broader national discussion around gun violence. We will be thoughtful and deliberate in our responses, and we will act in a way that reflects the best values and ideals of our company, with a focus on serving the needs of our customers, associates and communities."

Though some politicians have claimed the modern epidemic of mass shootings is tied to increasing violence in video games, there is no known link between violent video games and violent acts.

Patrick Markey, a psychology professor at Villanova University who focuses on video games, has found that men who commit severe acts of violence actually play violent video games less than the average male, according to the Associated Press. About 20% were interested in violent video games, compared with 70% of the general population, he explained in his 2017 book Moral Combat: Why the War on Violent Video Games Is Wrong.

Authorities believe the El Paso gunman wrote a racist manifesto deploring mass immigration before he opened fire at the Walmart. El Paso police say he drove more than 10 hours to the majority-Latino city to carry out the shooting. He has been charged with capital murder.

The shootings this week have left many Americans on edge. Reports of an active shooter on Tuesday at a different Walmart in Baton Rouge, La., prompted local law enforcement to rush to the scene, only to find a false alarm.

"The national climate regarding these incidents has the nation on edge, and citizens' anxiety levels much higher than normal," the East Baton Rouge sheriff's department wrote in a statement.

On Thursday, a 20-year-old man wearing body armor and carrying a loaded rifle — and more than 100 rounds of ammunition — was arrested after causing panic at a Walmart store in Springfield, Mo.

A previous version of this story incorrectly said the Sandy Hook shooting occurred in 2015. It was in 2012.