Accessibility links
Opinion: Much Of Argentina Wants Its Populists Back The election four years ago of pro-market Mauricio Macri was a rebuke of the populism of the Kirchners. As the country heads into a new election season, the populists look to be making a comeback.

Opinion: Much Of Argentina Wants Its Populists Back

Opinion: Much Of Argentina Wants Its Populists Back 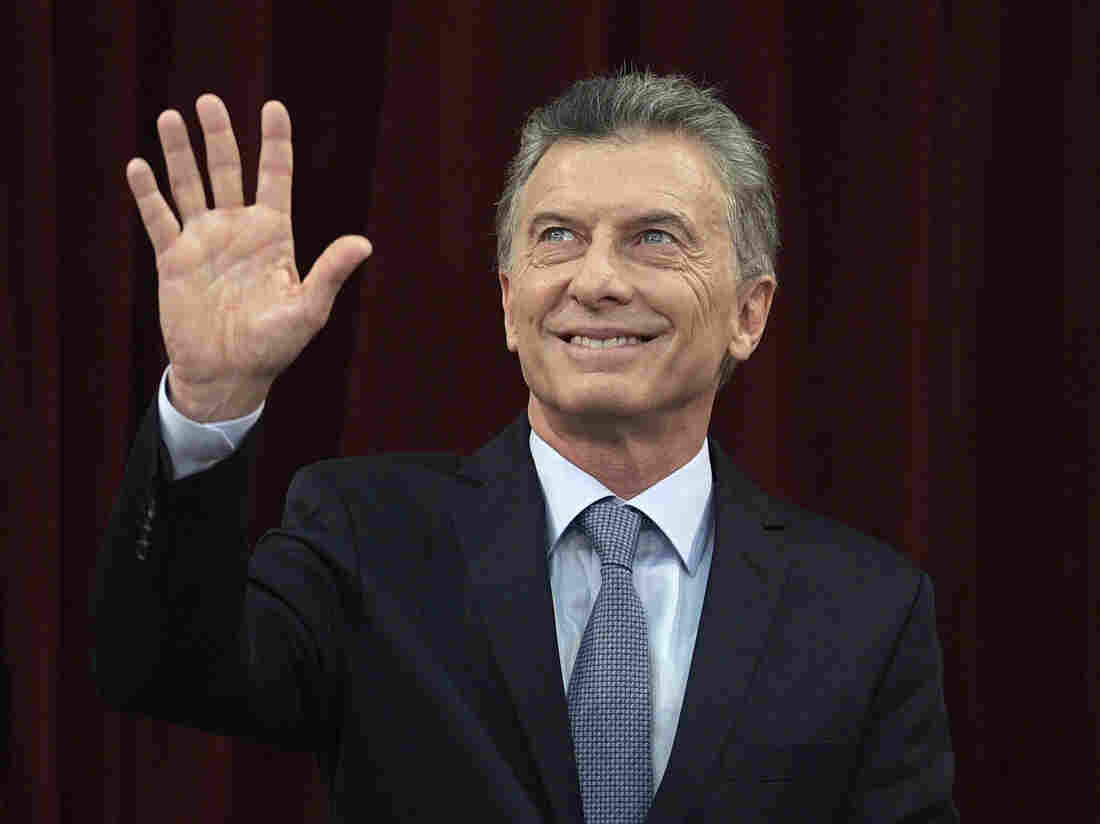 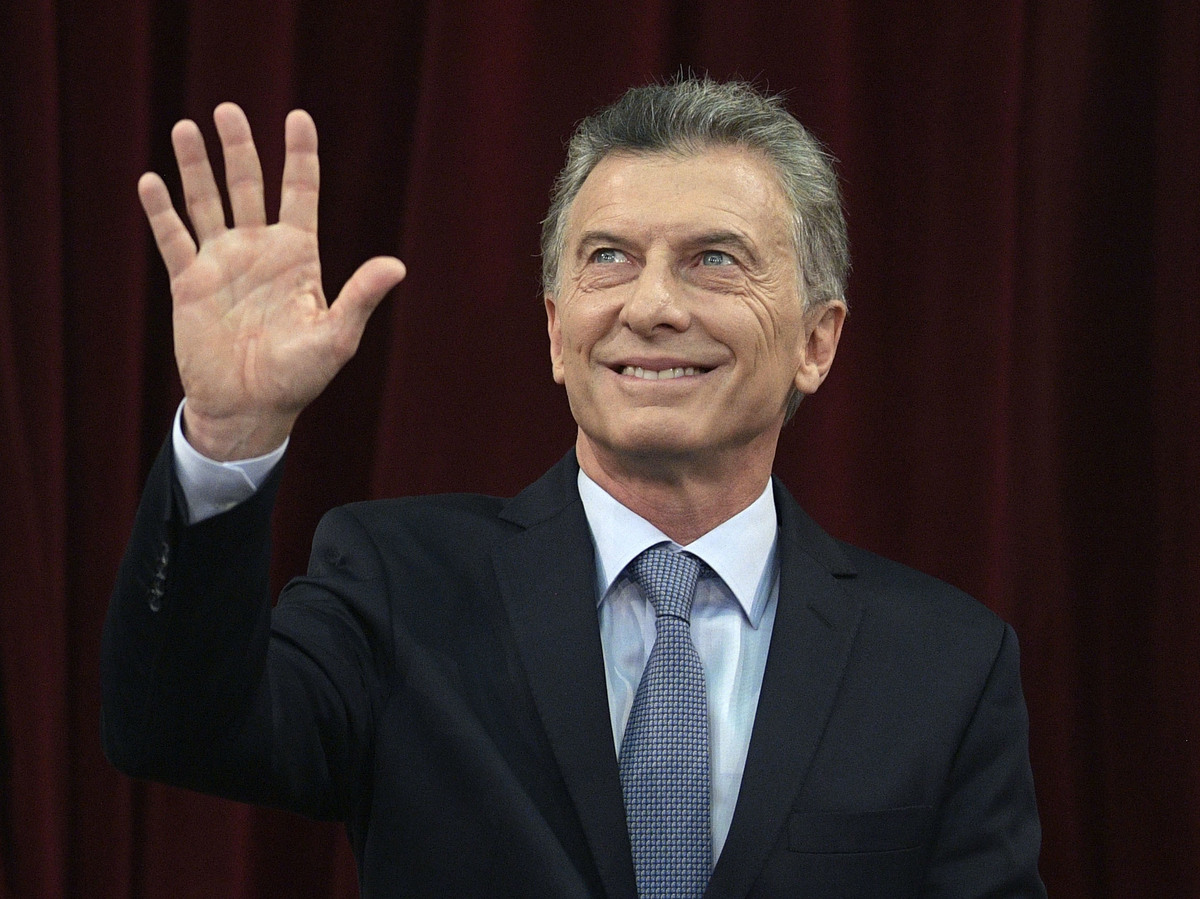 Argentine President Mauricio Macri waves during the inauguration of the congress session in Buenos Aires, Argentina, on March 1.

Benjamin N. Gedan (@benjamingedan) served as South America director on the National Security Council in the Obama White House. He is now the deputy director of the Latin American Program at the Wilson Center and the director of its Argentina Project.

In Argentina, President Mauricio Macri's election four years ago was a stunner.

For 12 years, the Kirchner family had ruled the country, tugging the dominant Peronist party toward statism and friendships with China, Iran and Venezuela. Macri, a former mayor of the Argentine capital, Buenos Aires, was a multimillionaire whose young political coalition celebrated free markets and sought close ties to the United States.

Given the contrast, Macri's election seemed like a historic repudiation of populism.

Indeed, the new president proclaimed a new era, in gestures and policies.

In his first months in the Casa Rosada presidential palace, he slashed budget-busting subsidies for public transportation, electricity and natural gas. He regaled CEOs in Davos, warning against the perils of populism. When he hosted his U.S. counterpart for a state dinner in Buenos Aires in 2016, President Barack Obama danced the tango in a capital where just two years earlier, the last Argentine president had accused him of plotting her assassination.

But now, Argentines are showing strong signs of buyer's remorse.

After a yearlong economic crisis, Macri's approval rating is below 40%. Polls show him slightly behind his predecessor, Cristina Fernández de Kirchner, who is running for vice president alongside her former chief of staff, Alberto Fernández.

The Macri campaign's struggles should come as no surprise. Though he remains beloved by Western governments and investors, his pro-market policies are broadly considered a failure at home.

During his term, poverty reached 32%, and unemployment increased to 10.1%. Inflation is expected to be 44% this year — one of the highest rates in the world. By the end of the year, Argentina's economy will be 3.1% smaller than when Macri took office.

It is a small miracle he is even competitive.

His campaign's viability is mostly thanks to a recognition of his dicey inheritance from Fernández de Kirchner; her continued unpopularity; and sympathy for Macri's various misfortunes, including economic troubles in Brazil — Argentina's No. 1 trading partner — and a drought that ravaged the country's farms.

But what is arguably most surprising about Argentina's nail-biting election is the strength of his populist opponents.

After all, memories of Fernández de Kirchner's turbulent administration have hardly faded. She left behind a daunting budget deficit, high inflation and a tangle of market distortions — including price controls, capital controls and trade barriers — that still bedevil her successor and strangle growth.

She still makes regular court appearances in a string of public corruption cases.

But despite their considerable baggage, Alberto Fernández and Fernández de Kirchner offer Argentines a seemingly irresistible promise: a return to generous public spending on infrastructure, government jobs, social programs and higher wages that appeals to a population accustomed to public largess.

Despite the excitement Macri's election generated outside Argentina, it did not reflect a fundamental shift in public opinion in favor of market liberalization.

Macri attracted only 51% of the vote, and his coalition did not win either house of congress. In his campaign, he focused on corruption, crime and public exhaustion with Fernández de Kirchner — and promised to preserve social programs.

In office, he has struggled to overcome the public's skepticism about the free market.

He failed to advance major reforms, including to Argentina's rigid labor code. Though he helped negotiate a historic trade agreement with the European Union, Argentina remains one of the most closed economies in the world.

These policy beliefs have not only complicated Macri's reform agenda, but they have left South America's second-largest economy still vulnerable to populist appeals.

Macri's opponents also have history on their side.

For the last century, Argentina's economy has not performed well under either model. But its experiments with liberalization have left scars. The brutal military junta that governed in the 1970s and early 1980s tried and failed to open the economy. In the 1990s, an iconoclastic Peronist, Carlos Menem, adopted a U.S.-supported economic model that thrived for years but ultimately led to Argentina's 2001 economic collapse and the election of the populist Néstor Kirchner in 2003.

Argentina's unresolved fight over basic questions of economic management is what makes this election so consequential.

Should Macri eke out a second term, he will have a chance to demonstrate the wisdom of private investment and free trade. The recession is expected to end next year and with inflation slowing, real wages are recovering.

But if Argentines turn to populism once again, their disappointments over the last four years will heavily burden the next outsider who dares to promise market solutions to Argentina's chronic economic maladies.