Accessibility links
The Swaying Power Of Scented Spaces Isn't Always Right Under Our Nose Can you lift the mood of a public space with a fragrance? Smell and taste researcher Dr. Alan Hirsch talks with NPR's Sacha Pfeiffer about the practice and its effects on mood and behavior. 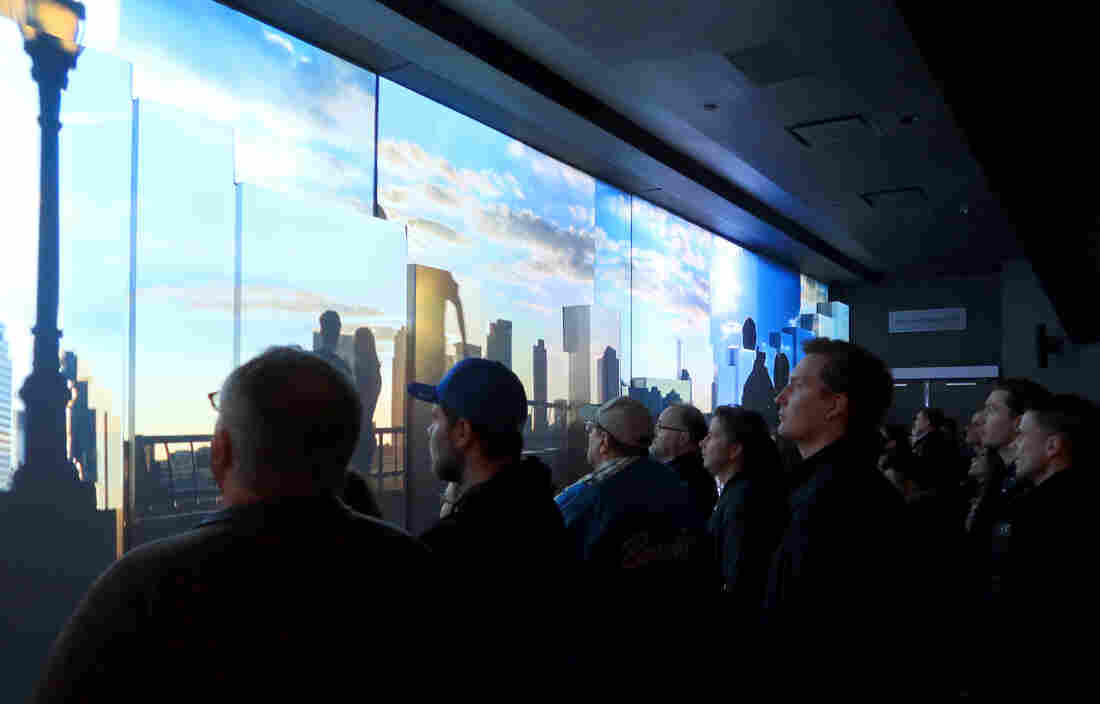 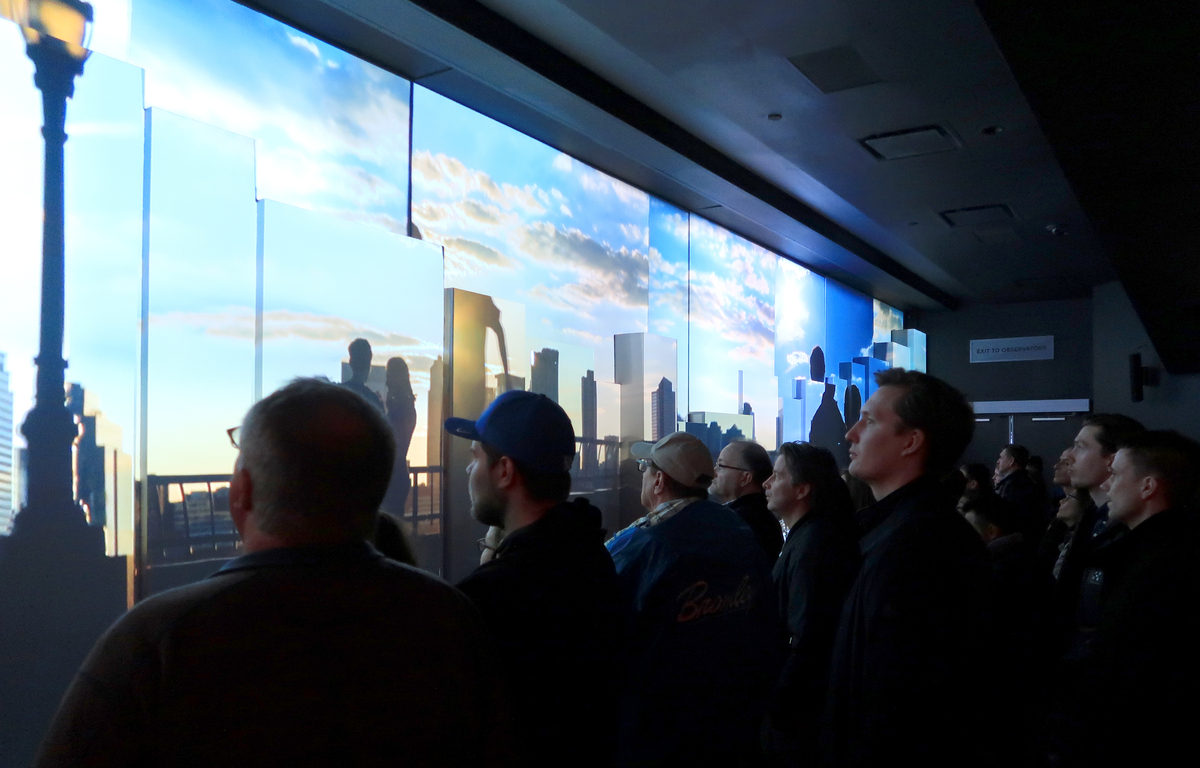 At One World Trade Center in 2017, visitors watch a movie at the New York City building's observatory. Now there's a new feature: A scent meant to complement the multimedia experience.

There's a new smell tingling tourists' noses in the Big Apple, far above the trash bag-lined sidewalks — and this scent is by design.

When the observatory commissioned the custom scent to diffuse through the floor's HVAC system, Managing Director Keith Douglas told the New York Times that he wanted it to elicit a "positive thought," and offer a "a subtle complement to the experience" of visiting the space.

But not everyone is keen on the scent. One tourist described the smell as "sickly," according to the Times, which first documented the new aromatic experience in lower Manhattan.

It's a marketing strategy businesses are increasingly deploying to lure customers into stores and entice them to stay longer. The smell of cinnamon fills Yankee Candle stores, Subway pumps a doughy bread scent through its vents. International Flavors & Fragrances, the same company that developed clothing chain Abercrombie & Fitch's notoriously pungent "Fierce" cologne, known to linger on clothes long after their purchase, designed One World's scent.

"The quickest way to change somebody's mood or behavior is with smell," says Dr. Alan Hirsch, neurological director of the Smell and Taste Treatment and Research Foundation in Chicago.

Unlike other sensory functions, people know whether they are attracted to the scent as soon as they smell it. When we see something, though, we identify what we're looking at before we decide whether or not we like it or not.

"It's a purely emotional sense and a bad aroma can put us in a bad mood," Dr. Hirsch says.

Getting Nosey About the Science of Smell: Why Different Sniffs Get Different Whiffs!

People like to see where the scent is coming from, Hirsch says, and that the scent suits their setting. "They don't like the idea that they're being manipulated by aroma in the environment," he says. "So if there's flowers, then having a floral aroma would be appropriate. Having a smell of bread baking, on the other hand, wouldn't be."

That said, One World Trade Center visitors are unlikely to expect to be hit by notes of citrus and trees while surveying Manhattan from a 1,776-foot-tall building. Even as the building towers over the Sept. 11 memorial just below, Keith Douglas told the Times that discouraging visitors' thoughts of the tragedy didn't play into the scent's consideration.

Through his research, Hirsch also found that a scent's apparent incompatibility with its environment isn't always a deterrent. In one experiment, he found that people are more likely to stay longer in a store that sells leather goods when that leather smell is mixed with baby powder and citrus.

ScentAir, based in Charlotte, N.C., which touts itself as "the largest and most experienced scent provider," operates in over 100 countries where it provides scent options tailored to a wide array of businesses, including hotels, casinos and hospitals.

Yet Hirsch says some stores are reluctant to introduce scents because "good" and "bad" smells are subjective.

Research shows, for example, that women tend to have better senses of smell than do men. Age is a factor too, Hirsch says.

Smoking habits, the time of day and even how recent your last meal was can mitigate our smelling sense.

Ned Wharton and Melissa Gray produced and edited this story for broadcast. Emma Bowman adapted it for Web.