Accessibility links
Hong Kong Police Fire Tear Gas At Protesters Pro-democracy protests, now in their 10th straight weekend, are posing one of the biggest tests to China's leadership since the 1997 handover from Britain. 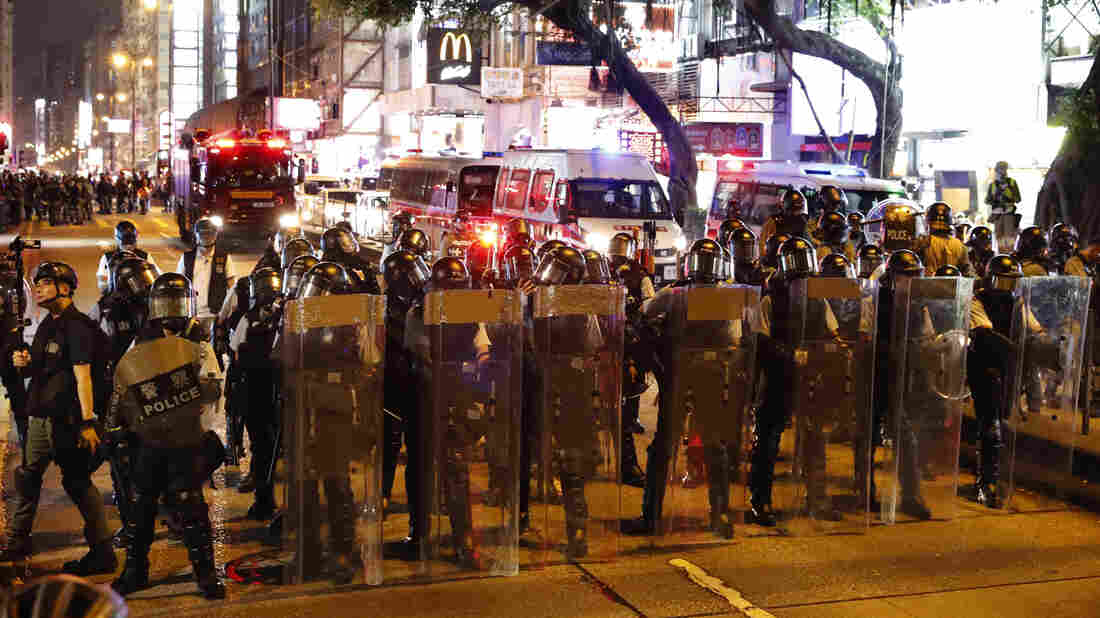 The protests in Hong Kong began in response to a proposed extradition law. Demonstrations have expanded to include other demands. Vincent Thian/AP hide caption 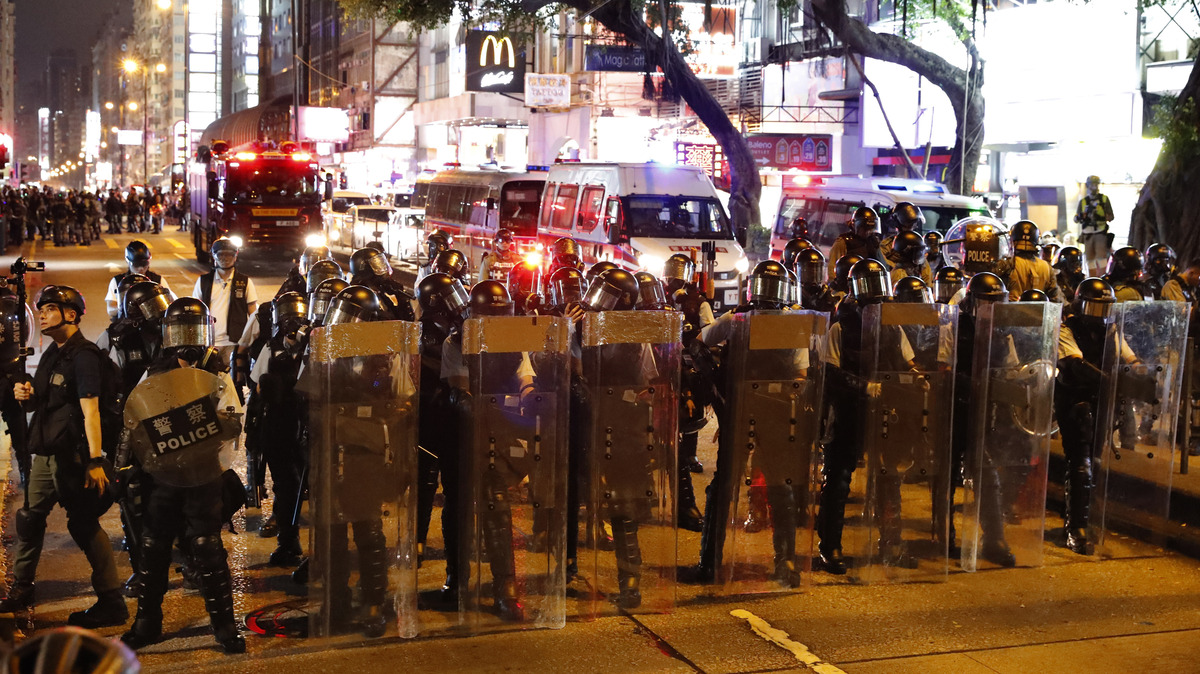 The protests in Hong Kong began in response to a proposed extradition law. Demonstrations have expanded to include other demands.

Protests continued in Hong Kong for a 10th straight weekend on Saturday as demonstrators organized across the city, blocking multiple roads and a key tunnel under Victoria Harbor.

The protests checkered much of Hong Kong. At the airport, demonstrators dressed in black filled the arrivals hall with a massive sit-in, cheering in Cantonese, "Go, Hong Kong people!" and calling for the resignation of Hong Kong's chief executive, Carrie Lam. It was the second day of what protesters said would be a three-day occupation at the airport.

Protesters also demonstrated outside China's military garrison in Hong Kong and marched through the city's Central District, parts of the Kowloon Peninsula and a neighborhood in the New Territories, where police officers in riot gear cleared the demonstration with tear gas.

In Hong Kong's Tsim Sha Tsui district, protesters set fires outside a police station, prompting the police to release a statement that the fires posed "a serious threat" to public safety.

Some protestors have started fires outside Tsim Sha Tsui Police Station, posing a serious threat to the safety of everyone on site.

The protests were originally sparked by a bill that would have allowed China to extradite people from Hong Kong. That bill has since been shelved, but not formally withdrawn, by Hong Kong's government. Demonstrators are demanding that the bill be permanently withdrawn. They are also calling for the direct election of the city's leaders, seats on the Hong Kong legislature and an investigation into police conduct during the demonstrations.

China has recently indicated it will not allow the protests to go on indefinitely and has called demonstrators "violent radicals" who are under foreign influence.

When Britain returned Hong Kong to China 22 years ago, China employed a "one country, two systems" principle, allowing Hong Kong to retain its own legal system, currency and civil service. Since then, fears have grown that Beijing is attempting to subvert that autonomy and erode democratic freedoms and the rule of law in the city.

"It just shows this huge disparity, this gap, in the thinking and the culture of people in mainland China and Hong Kong," Kuhn reports.

In an interview last month, leading pro-democracy activist Joshua Wong told NPR, "We are not afraid of the Communist regime."

"Now is the summer of discontent, and as a Hong Konger, I am born, I live, and I love my hometown," Wong told NPR. "We should determine our own destiny instead of the Hong Kong people's future being dominated by Beijing."