In 'A Pure Heart,' Family And Religion Both Bond And Break

In 'A Pure Heart,' Family And Religion Both Bond And Break 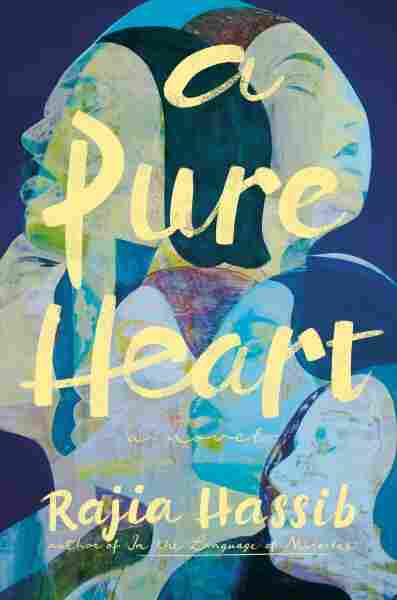 Of all the emotions that can arise following the loss of a sibling, one of the most painful is guilt. Once a brother or sister passes away, there's frequently a string of intrusive thoughts that pummel the surviving sibling: I should have visited them more often; I should have told them how I felt while I had the chance. The feelings might be irrational, but there's nothing rational about grief.

For Rose, the protagonist of Rajia Hassib's new novel, A Pure Heart, the guilt is even more literal. After her sister, Gameela, is killed in a suicide bombing in her native Egypt — not long after the country's 2011 revolution — Rose is convinced that her decision to marry an American journalist caused her sister's death. Rose "lies awake at night thinking of the endless ways she has not helped Gameela, regretting all the times she almost picked up the phone but got too wrapped up in the hustle of life and postponed the call ... Which single misstep on the trail that led to Gameela's death could Rose have prevented over the phone?"

Rose's quest to trace her sister's last months before her untimely death forms the basis of A Pure Heart, a lovely novel about the bonds of family and how religion can bring people together as well as tear them apart.

Rose and Gameela were close as children, but grew apart over the years, chiefly due to Gameela's decision to become more strict about her Muslim faith. The sisters were raised in a decidedly nonreligious household, and their father is horrified when Gameela starts to wear a hijab, which "magically, instantaneously transported her closer to God and away from her family, which was as fervently devoted to its secularism as any religious fundamentalist was to God."

Gameela has misgivings when Rose decides to marry Mark, an American reporter, and move to the U.S. to get a Ph.D. in Egyptology. Mark has converted to Islam in order to marry Rose, but Gameela doubts his sincerity; the distance between the sisters' homes and beliefs grows over the years.

When Gameela is killed in a suicide bombing outside a Cairo police station, Rose is flooded with guilt and resentment toward Mark — several months before, Gameela had accompanied Mark to interview the man who would eventually carry out the mass murder, a youth living in poverty whose sympathies lay with the Muslim Brotherhood. After Gameela's death, Rose learns that the last few months of her life were shrouded in mystery; she had quit her job as an engineer without telling her family, and was evidently in a relationship that she'd kept a secret.

The reader learns of Gameela's final months before Rose does; the novel goes back and forth in time, and switches points of view between the various characters. This narrative technique can be a tricky one, but Hassib structures it beautifully — while there's real suspense in the book, it's not at the expense of the characters, who are each given ample space to tell their own stories, reveal their own motivations. (This applies to the suicide bomber too; while Hassib doesn't downplay the enormity of his actions, she carefully explains the forces that led him down the destructive path he took.)

Hassib wrestles with heavy themes in 'A Pure Heart' ... but the novel is never didactic.

While A Pure Heart deals with religion and politics, it's essentially a family novel, and Hassib displays a keen understanding of how the relationships between spouses, siblings, and parents and children play out during times of stress. This is particularly evident in scenes where Rose and Mark discuss Gameela's death; Mark suspects that Rose blames him for what happened to her sister (and, in fact, at least a part of her does). Hassib doesn't settle for easy answers; she understands that scars never completely heal, and Rose's ambivalence reflects this. She also doesn't shy away from Rose's feelings of guilt over her estrangement from her sister: "Rose could not remember the last time she had looked at her sister and not felt guilty."

Hassib wrestles with heavy themes in A Pure Heart — religion and revolution are fraught enough issues in any circumstance, and they're only made more so when family enters the picture. But the novel is never didactic; Hassib never moralizes or resorts to glib platitudes when discussing topics that many people instinctively avoid, and her novel is the better for it. Hassib is a perceptive writer with a real understanding of how people act — not how they ought to act — and A Pure Heart is a novel that's as honest as it is engrossing.