Accessibility links
Typhoon Lekima Makes Landfall In China, Killing Dozens At least 33 people have been killed and several remain missing. The storm prompted the evacuation of more than a million residents from China's coast and caused hundreds of homes to collapse. 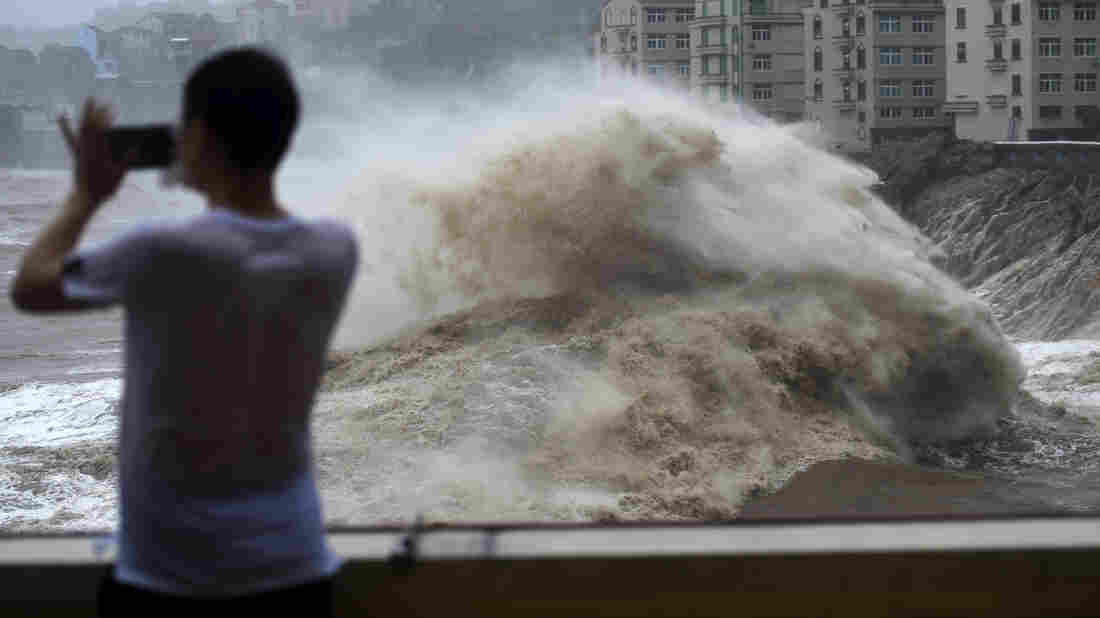 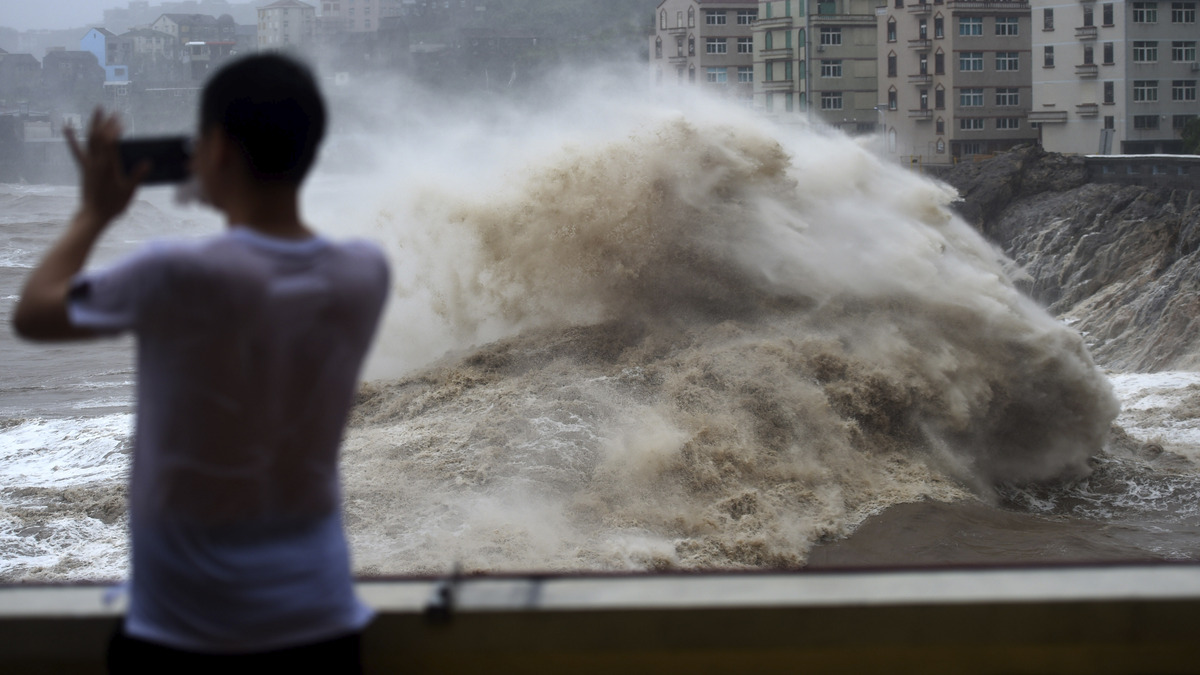 At least 33 people have been killed and several people remain missing after a typhoon made landfall in eastern China. Typhoon Lekima swept along the coast south of Shanghai early Sunday morning, causing hundreds of homes to collapse.

More than a million residents were evacuated from China's coast in advance of the storm, and more than 180 rescue teams, 36,000 firefighters and 8,400 fire engines were on standby, according to Sky News.

China also canceled flights and temporarily shut down a high-speed train between Shanghai and other cities.

"In Zhejiang alone, more than 21,000 service personnel and militia members have been engaged in rescue and relief. They stacked sandbags, drained muddy water off the streets and rode on inflatable boats to evacuate residents who lived in the 1,600-year-old town of Linhai, where streets were completely submerged on Saturday.

"Military rescue teams were called to the city of Taizhou in Zhejiang, where a large part of urban areas suffered power cuts, shortage of tap water and disruption of communication."

The typhoon has spurred landslides, including in a village in Yongjia county, where 23 people were killed. In the city of Linhai, water reached the top of the first floor of buildings, "leaving only treetops sticking out," according to The New York Times.

Video footage and photos showed some stranded villagers being brought to safety by rescuers in rubber dinghies.

Since making landfall, Lekima has been downgraded to a tropical storm. It is the ninth typhoon to hit China this year, according to China's Xinhua news agency.

Xinhua reports the direct economic loss from the typhoon amounts to $2.1 billion.

"Lekima is like a horse with an extremely fierce temper. It rakes in so much water as it forms off the ocean. Sustained downpours pushed a lot of rivers to very dangerous levels," Luo Yuezhen, a top meteorologist with the Zhejiang weather service center, told Xinhua.