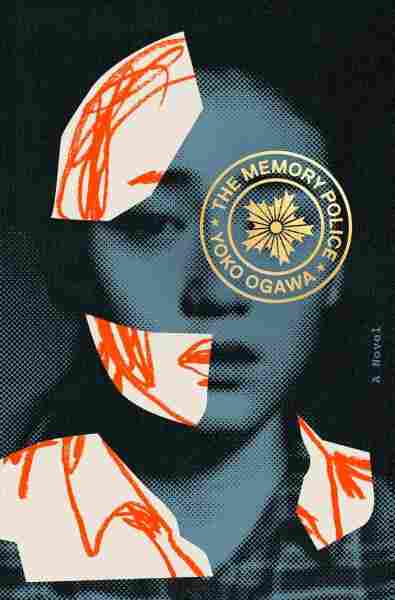 On a small island, objects disappear — perfume, boats, roses, photographs — and the memory police monitor the inhabitants, ensuring these things will be eternally forgotten. It seems like a metaphor for state surveillance; if The Memory Police were an American novel, it might yield a contrarian hero determined to fight off the tyranny of the police. It would be something akin to The Handmaid's Tale, or the movie version of Minority Report. One can even envision a high-paid Hollywood actor starring in the Netflix adaptation: They're coming for your memories, but she's got a plan to stop them!

But this is a Japanese novel — so for anyone looking for thrills, I'd like to warn you that despite the tagline "Orwellian" on the back cover of the book, this reads much more like a surrealist drama. A very quiet drama, at that.

The protagonist of this tale, translated by Stephen Snyder, is a young writer who endures — and endures seems to be too hard a term, she hardly seems to mind — an increasingly stifling world where goods are scarce, the police arrest citizens in the middle of the night and memories are torn from people's minds. She watches everything with a certain detachment which is not cynical indifference, but merely a deep-rooted passivity.

'City Of Ash And Red' Will Pull You Into Its Nightmare

At one point the narrator decides to build a secret room in her house to hide her editor, who is in danger of being caught by the police — but even this action, which in another novel might be deemed heroic, here is also laced with that delicate passivity. The overall feeling is like staring at falling snow over long stretches of time, which, frankly, will make those people with more literary proclivities quite happy, and those who want commercial science fiction quite frustrated.

If anything, the book clearly shows the contrast between two different types of writing. We are used to the American style of science fiction, while Ogawa is playing with another deck. Her intent is to analyze not only memory but the creative process — we read parts of a novel in progress which the protagonist is tackling — using very precise language. At times the result is something hauntingly sad, and at others it felt like my feet were being glued to the ground.

We are used to the American style of science fiction, while Ogawa is playing with another deck. Her intent is to analyze not only memory but the creative process.

In terms of the dreaded C word which is muttered around blogs and hammered into aspiring writers — yes, Character Development: This novel also buckles that notion. The protagonist doesn't develop as much as she marinates. In a way, this paralysis of the soul somewhat reminded me of Tanith Lee, who produced more than one frustratingly apathetic heroine.

There's also a timelessness to the novel which didn't strike me until the end. Originally published in 1994, the difference between the then and now is non-existent because everything seems to occur in a dreamland where the lack of computers, cellphones or cable TV is irrelevant. Thus, it's never dated, which is quite a thing for a work of quasi-science fiction.

If you view The Memory Police as one big, fat metaphor for state control — and I'm sure many people will see it as that — you'll probably find more pleasure in it than if you attempt to consider it in other terms. It's an odd book, not entirely satisfying, but at the same time I have an interest in all things odd. Maybe you do too, in which case it might be, ah, pun intended, memorable.