Accessibility links
Elizabeth Warren On 2020 Campaign And Need For 'Big, Structural Change' : The NPR Politics Podcast In an ongoing series, The NPR Politics Podcast is hitting the road and interviewing 2020 Democratic presidential candidates. In this episode, Asma Khalid and Iowa Public Radio's Clay Masters sit down with Massachusetts Sen. Elizabeth Warren to ask about why she's the best pick for president. This series is produced in collaboration with NHPR and Iowa Public Radio. 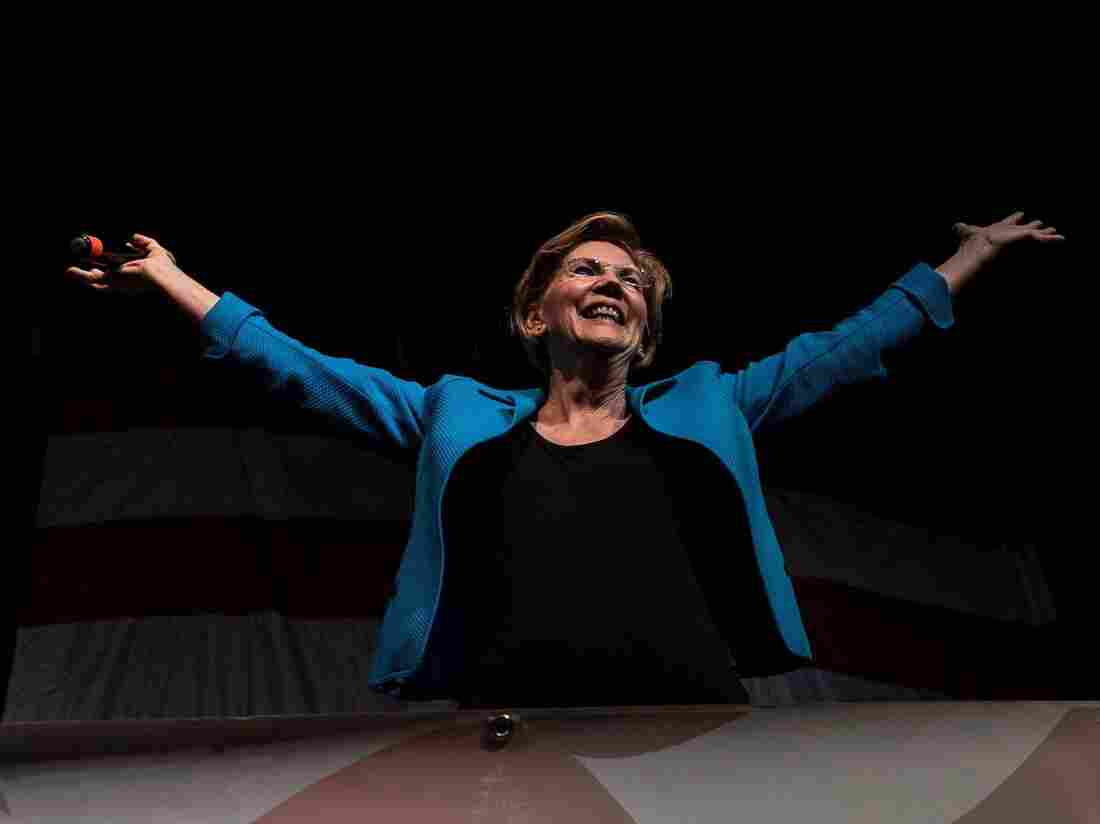 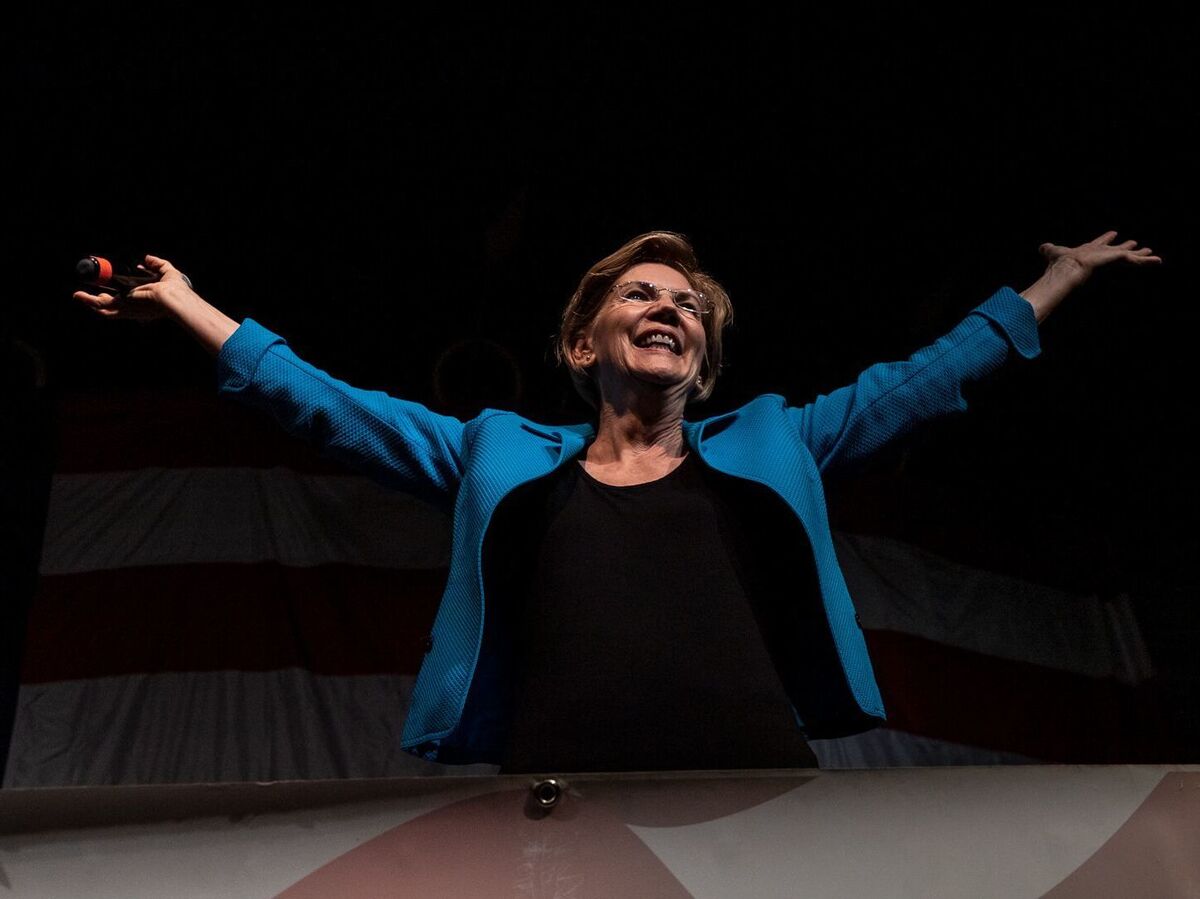 Massachusetts Sen. Elizabeth Warren has been rolling around Iowa in an RV with a message plastered on the back: "Honk if you're ready for big structural change!'

On the campaign trail and in debates, Warren talks a lot about the need for "big, structural change," rather than incremental adjustments.

For years, even before she was a politician, Warren was an evangelist for one main cause — the fragility of the middle class. She first came into the political spotlight in the aftermath of the Great Recession for creating the Consumer Financial Protection Bureau under President Barack Obama. And as a law professor, she often specialized in bankruptcy. At a recent campaign stop in Iowa, she candidly told voters that maybe it was because she didn't have a lot of money growing up that she was drawn to study the very aspects of the law that revolved around money.

"Our government is working great for a thinner and thinner slice at the top and working badly for everyone else," she told the NPR Politics Podcast.

In the wide-ranging interview, Warren also spoke about her ideas for structural change on trade and guns and how her own life has shaped the politics and plans she promotes. And even though she's known as the candidate who has a prescription or plan for just everything, she also got personal — talking about her own faith and even fashion.

When asked how she would respond to voters who question her judgment on race given her now infamous DNA test in an attempt to prove Native American ancestry, Warren punted. Instead, she outlined her plans to assist African-American voters by investing in historically black colleges and universities.

In a campaign season dominated President Trump's rhetoric on race, Warren also explained why she has openly called Trump a white supremacist.

Donald Trump is into tariffs because he's all about tariffs by tweet. He has no trade policy. He's into chaos.

On referring to Trump as a "white supremacist"

You know, when the white supremacists call Donald Trump one of their own I tend to believe them.

On guns (more on that here) 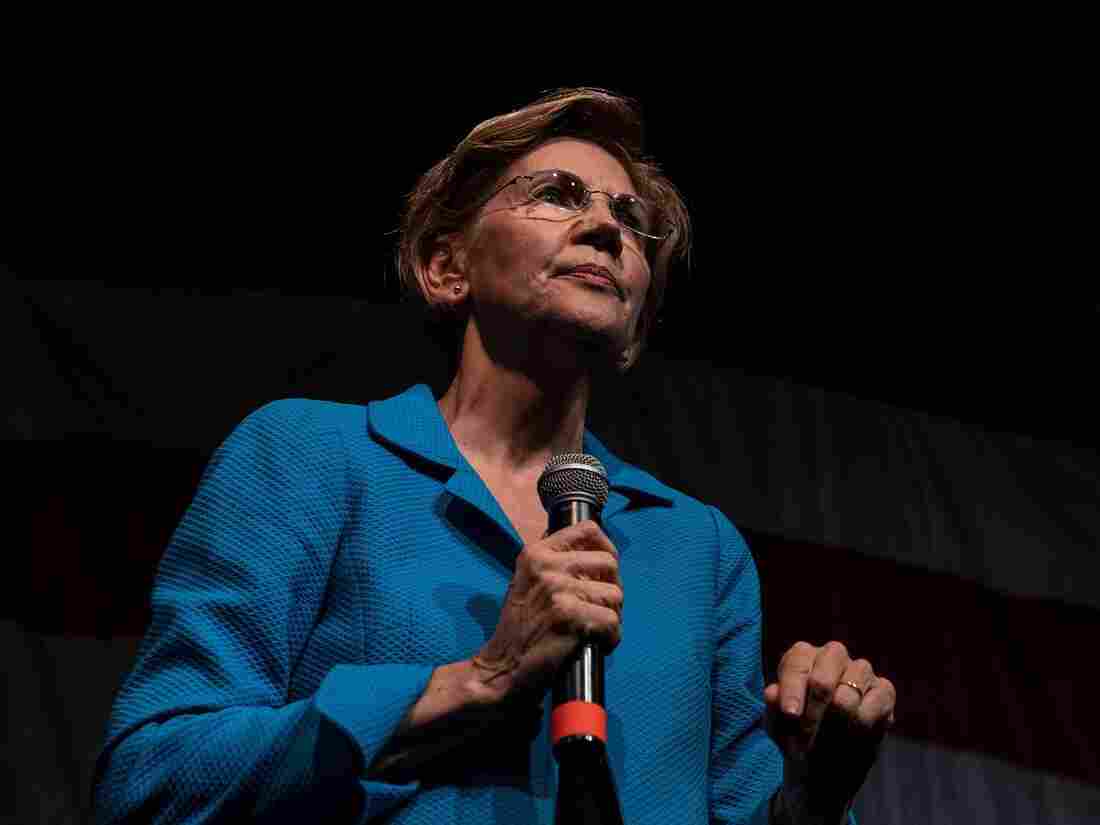 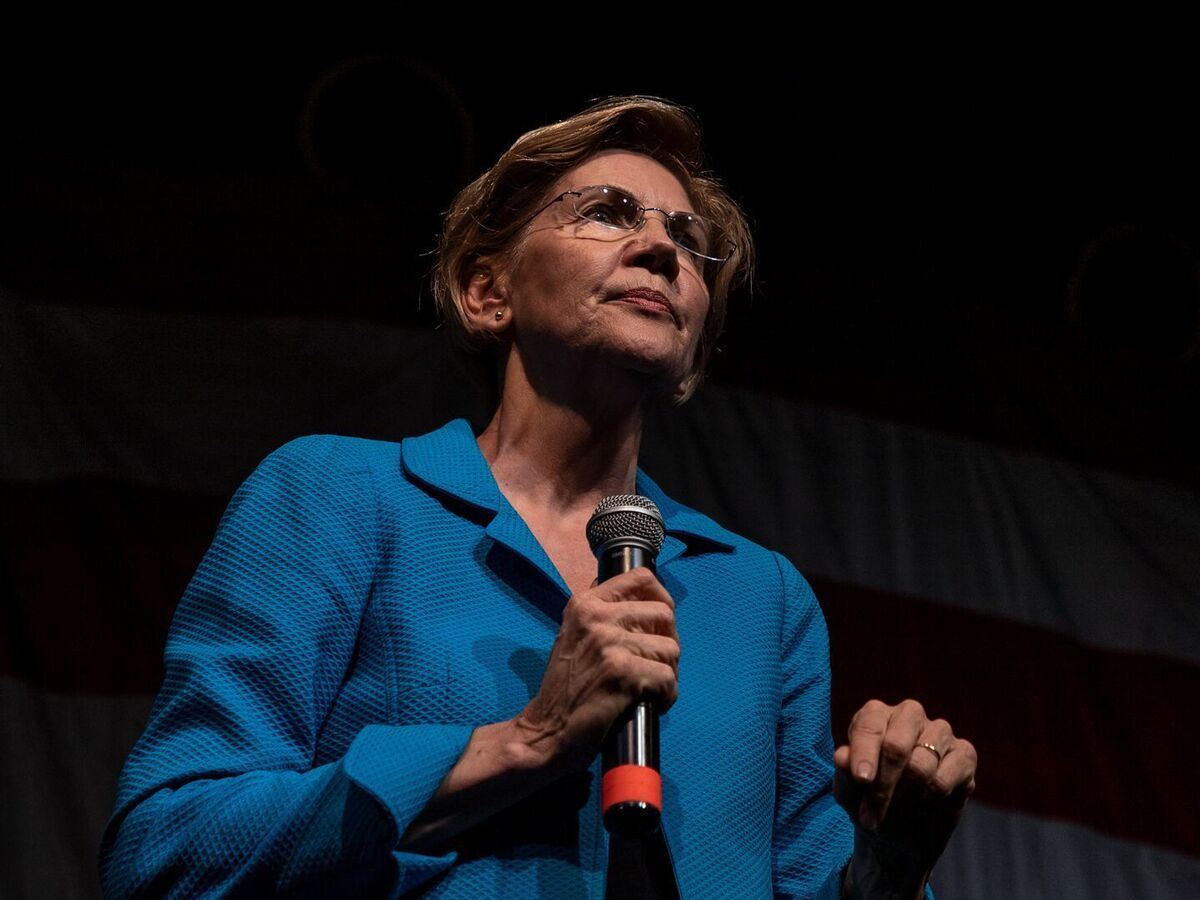 We need to approach guns and gun safety differently. It's not just, "Oh here's one idea let's go fight about this one idea, and here is a lot of things that we have talked about: universal background checks, get assault weapons off the streets." I'm all in favor of those, but we're approaching it as if it's one and done or three and done, and then we can all go back to the old ways. I don't think that's the right way to look at it.

The way I look at this is we need to set a goal. I want to see us cut the number of deaths by 80%. And let me just remind you where we were back in 1965 when five people died for every million miles traveled on our roads. We decided as a country that we wanted to have better safety for people who travel. And some of it was obvious: seat belts, safety glass — so the stuff didn't shatter and slash people to death. Some of it hadn't even been invented like airbags and automatic braking systems. But we made that commitment, and we have cut deaths on our roads by 80%. I want to do the same thing around guns.

It's just a part of who I am and has been since I was a little girl. I've taught Sunday school; I've occasionally had a chance to preach from the pulpit in some of the churches that I've visited; I read the Bible. I think a lot about what it means to be a moral person in America today.

I truly believe that we are called on to see the value of every human being and not to sit back and reflect on it, but to act.

Matthew 25: For I was hungry and you fed me. I was thirsty and you gave me drink. I was in prison and you visited me.

It's not just about having a good heart. It's about getting up and doing what needs to be done.

On that DNA test and her judgment on race

Like anyone who's being honest, boy, I admit that I've made mistakes, and I have regrets. And I've done my best both to apologize and to learn from them, but most of all to be a good partner going forward, to think about it in as deliberate a way as possible — what's broken and what we can do to fix it. So think for example about education.

We have an education system, higher ed that right now just slams all of our kids but particularly slams African-American kids. African-Americans are more likely to have to borrow money to go to school to borrow more money while they're in school and to have a harder time paying it when they get out on the other side. And that means that much of what happens in higher ed is actually exacerbating the black-white wealth gap in America. So how do you think about that? ... Part of it is in my plan to put $50 billion into historically black colleges and universities that helps level the playing field.

On fashion (Warren has an iconic look: black top/black pants/jewel toned blazer or cardigan that she wears nearly everywhere: on the stump, at debates, and even to our interview).

You know how long it takes me to get dressed in the morning? Four minutes.

Life has enough decisions in it right now, I'm saving my decision capacity.