Accessibility links
Justice Department Seeks To Decertify Union Of Immigration Judges The administration argues that immigration judges are managers who are barred from forming a union. The leader of the union says the administration wants the judges to speed up deportation cases. 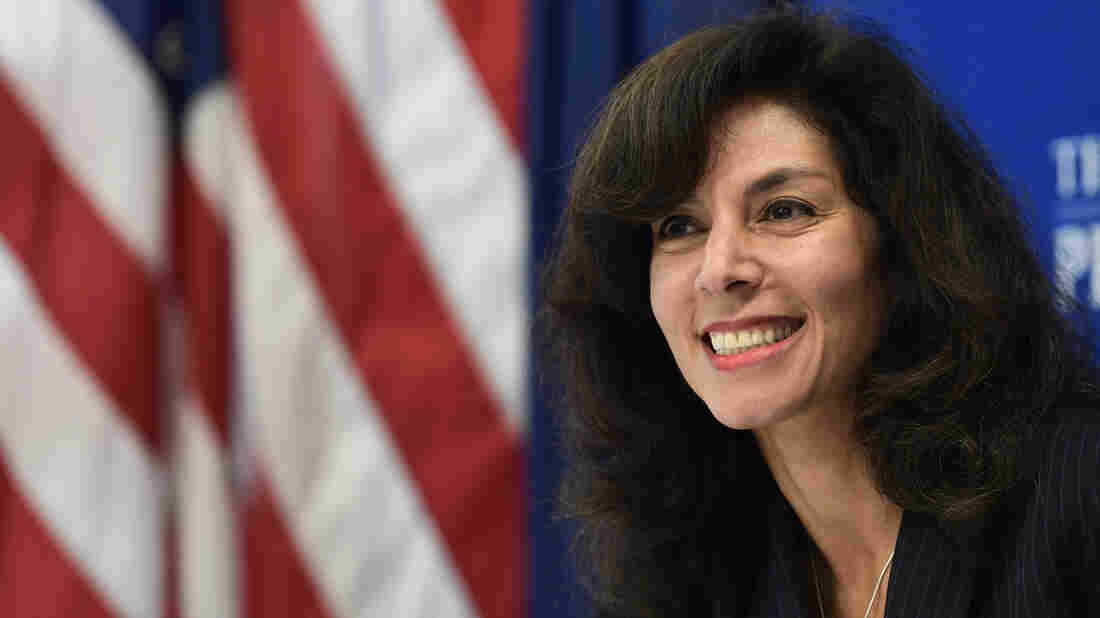 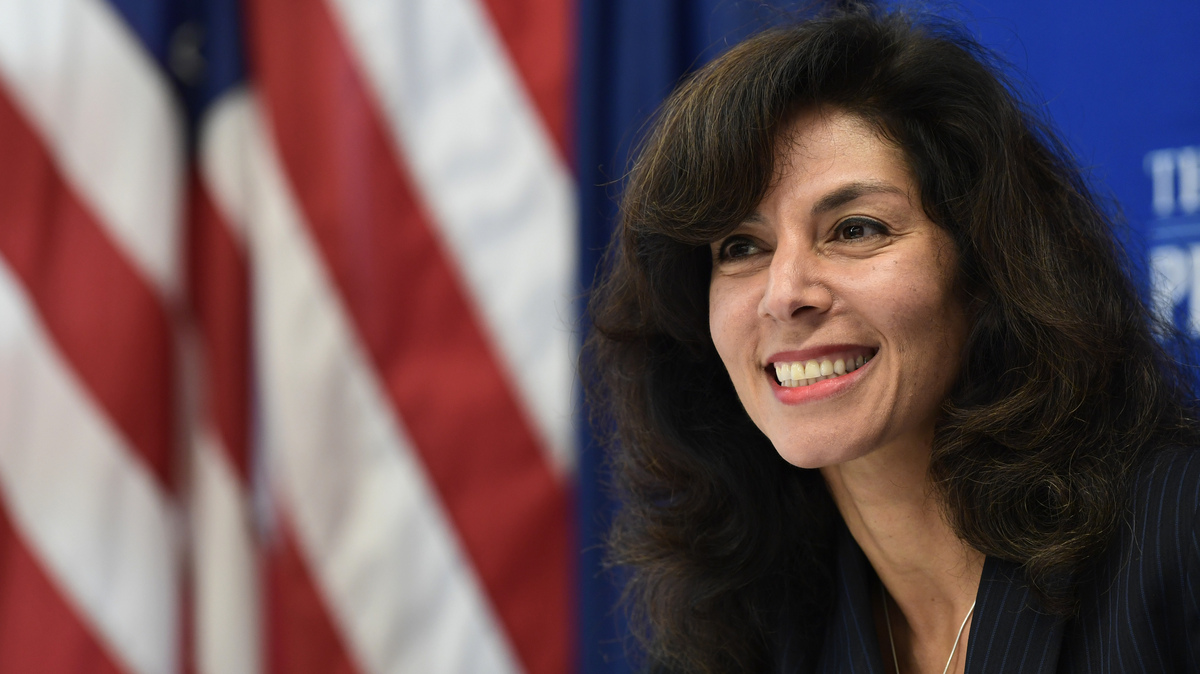 Ashley Tabaddor, a federal immigration judge in Los Angeles who serves as president of the National Association of Immigration Judges.

The Justice Department late last week moved to seek the decertification of the union representing hundreds of U.S. immigration judges, ratcheting up a simmering battle over the Trump administration's immigration enforcement policies.

The department filed a petition Friday asking the Federal Labor Relations Authority to determine whether the certification of National Association of Immigration Judges as the union representing some 440 immigration judges should be revoked "because the bargaining unit members are management officials under the statutory definition," according to a Justice Department spokesperson.

"This is nothing more than a desperate attempt by the DOJ to evade transparency and accountability, and undermine the decisional independence of the nation's 440 Immigration Judges," Judge Ashley Tabaddor, speaking in her capacity as president of the National Association of Immigration Judges, said in an emailed statement. "We are trial court judges who make decisions on the basis of case specific facts and the nation's immigration laws. We do not set policies, and we don't manage staff."

The administration and the immigration judges union have been at loggerheads over a variety of issues, including the judges' status as employees of the Justice Department. Judges are appointed by the attorney general and they are not part of the independent judiciary. They have publicly argued for their separation from the Justice Department.

Last year, then-Attorney General Jeff Sessions took the unusual step of reviewing some judicial decisions in the name of reducing the backlog of hundreds of thousands of cases clogging the courts.

Sessions also ordered judges to end the practice of temporarily removing cases from their dockets without issuing decisions, a move known as "administrative closure."

The Justice Department also imposed a quota system on judges, linking the number of cleared cases to their performance evaluations. The judges' union said the courts need more immigration judges, not assembly-line proceedings.

President Trump has appointed 190 immigration judges since taking office. As of June 2019, there are more than 900,000 pending cases in immigration courts, according to the Transactional Records Access Clearinghouse at Syracuse University.

The move to decertify the immigration judges' union comes as no surprise to many judges.

"Clearly they want to use the judges to ramrod through cases and ramp up deportation regardless of any due process defects their policies have," said one judge who isn't authorized to speak for the union and requested anonymity. Without the union, judges would be effectively muzzled and unable to publicly share their views about the courts, the judge added.

This is not the first time the Justice Department has tried to decertify the immigration judges' union. The Clinton administration sought decertification, but the Federal Labor Relations Authority rejected the notion that judges are managers who make policy. But some judges are concerned that the FLRA under the Trump administration would be less sympathetic to the union.

"It's absurd that anyone would consider us managers," said Tabaddor, a judge based in Los Angeles. "We don't even have the authority to order pencils."