Accessibility links
Review: Bon Iver Balances Prayer And Despair On 'i,i' Justin Vernon shares thoughts on identity and devotion to higher ideals in ways that reflect (and sometimes even celebrate) deep engagement with the outside world. 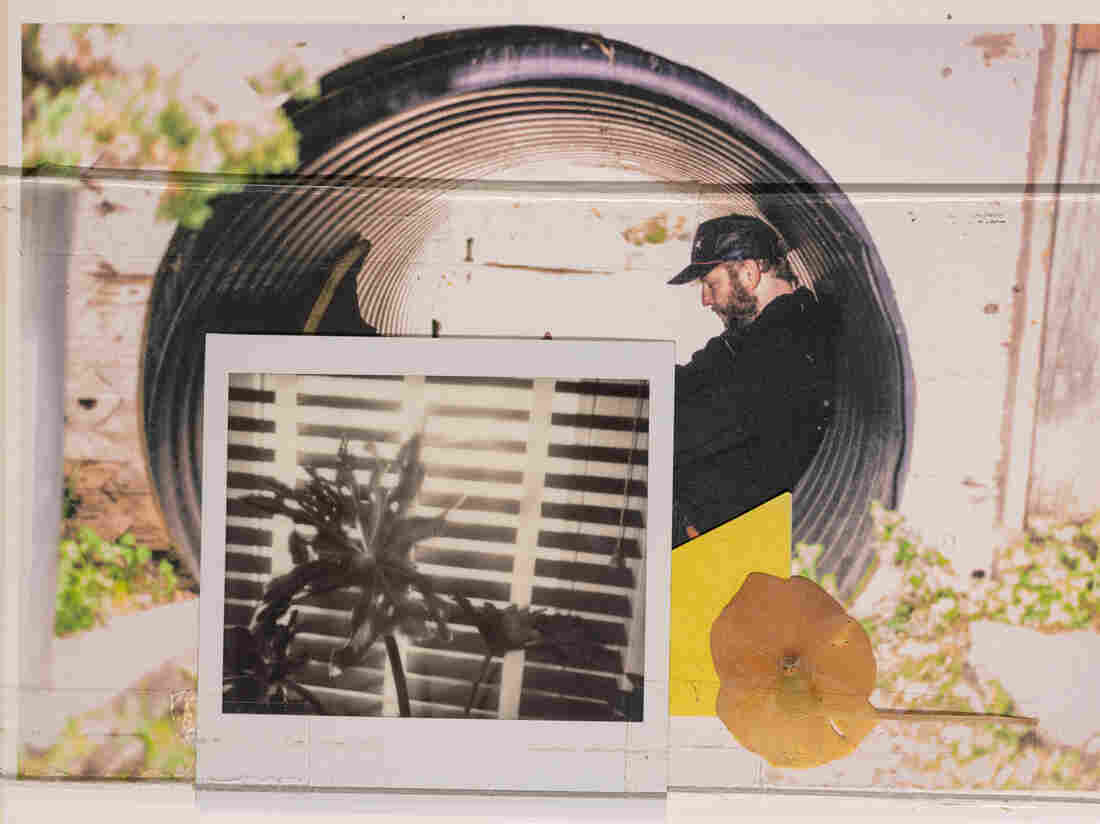 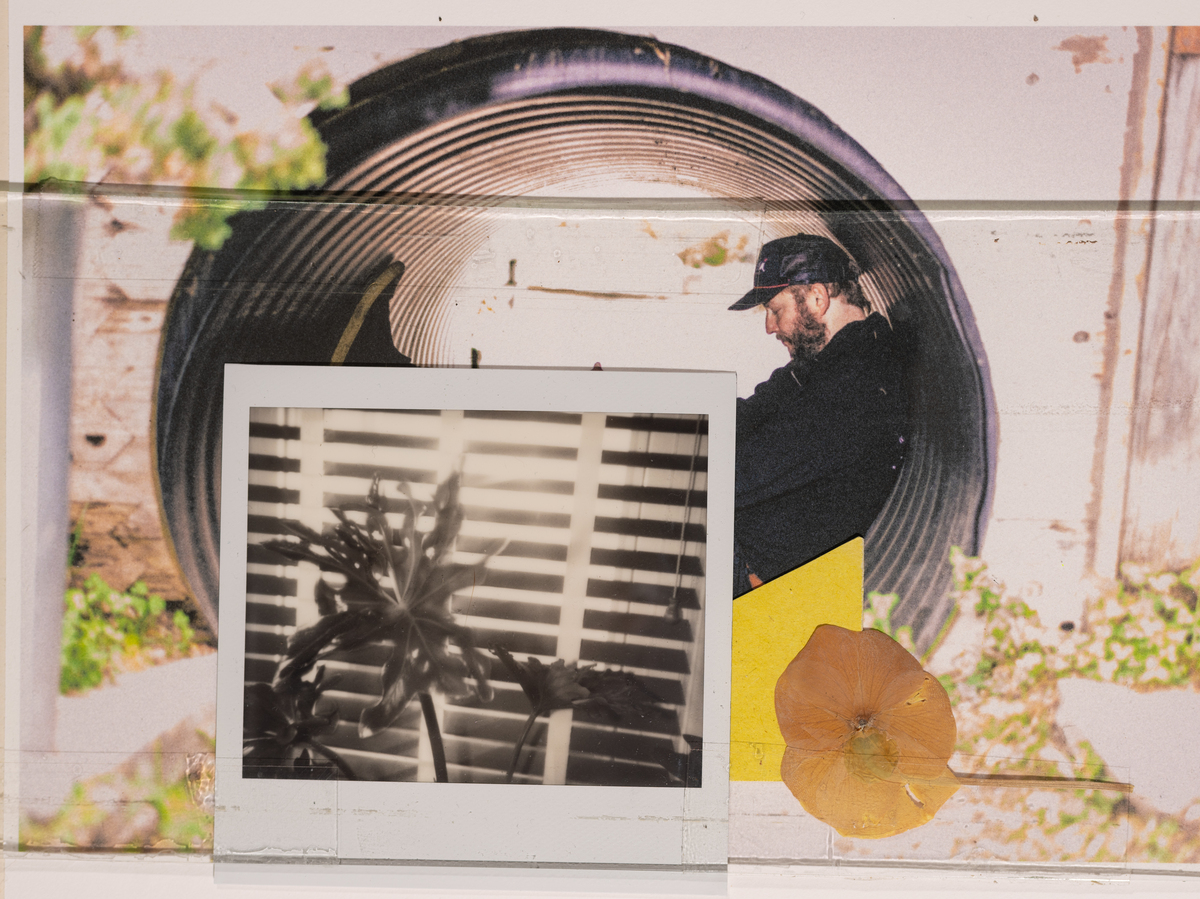 Hidden inside the three minutes and eight seconds of "Holyfields," are the basic schematics for i,i, the deceptively ambitious fourth Bon Iver album.

The piece opens in a mood of electronic desolation, with a spikey, synthesized pulse that recalls the early compositions of Steve Reich. There are intermittent blasts of white noise, analog synths and, later, portentous long tones from the strings. Justin Vernon delivers lines like "Happy as I ever been" in a clipped Kanye-style cadence that doesn't exactly sound happy – his voice is doubled a doomsaying octave lower.

But then the Justin Vernon Singers arrive, at an odd angle, between phrases. They shift the tempo to a churchgoing processional, and begin making a different kind of music – the instantly recognizable uplift noises of the faithful. If you close your eyes you can see robed arms in the air, clearing away the initial anxiety.

Both the verse and refrain are short, ornately orchestrated, and dramatic – a rapid seesaw of tension and reassurance made vivid by stretches of instrumental calm in between. Then comes a third section with a different melody. Angled heavenward, it's the kind of gorgeous that most songwriters would repeat over and over again. Vernon does not; he lets the curtain drop soon after.

You're left with a "what just happened?" feeling, the sense that each of the distinct episodes of the song add up to something greater, a multi-layered evocation that eludes classification in words. The songs of i,i are brief in duration – and because they're not always locked into verse-chorus structure, they resonate a bit differently each time you hear them. They're riffs that turn into hymns. Songs are resolute one minute and wracked with doubt the next. Lighthearted bits of wordless-vocal ad-libbing (see especially "Hey, Ma" and the radiant "Naeem") wind up describing hauntingly specific emotional states. Moments of placid reflection evolve into tense questions – "Jelmore" goes pointedly at climate change concerns as it asks, "How long will you disregard this heat?"

It's a clear pivot from the interior focus of Bon Iver's 2016 album 22, A Million, both in terms of subject matter and sonics. On the new work, singer and songwriter Vernon shares thoughts on identity and devotion to higher ideals in ways that reflect (and sometimes even celebrate) deep engagement with the outside world. In an interview with the U.K. music publication NME, he described the theme as "about getting through some tough times." And it seems that this time, he wants to be understood, replacing the last album's airless, cluttered laptop-orchestra sound with more organic, approachable textures. The new album is warmer, marked by an open-prairie spaciousness and enlivened by sparks from many collaborators, among them James Blake, Bruce Hornsby and members of The National.

Vernon has described the album as the autumnal installment in a seasonal series of albums that began with the wintery introspections of For Emma, Forever Ago, his 2007 debut. Several of the songs are the product of a collaboration with Minnesota's TU Dance company. Vernon wrote music for a 75-minute collaborative piece, entitled Come Through, that includes the songs "Naeem," "Jelmore," and "Marion" he reworked for this album; more generally, he's credited the project with clarifying and kickstarting his creativity. That's audible.

Though they lean on different devices, many of the standout tracks share the head-spinning episodic energy of "Holyfields." They're notable for jump-cut changes of mood and texture, and animated by alternating currents of despair and prayer, anger and bliss ("Naeem" features a relevant line: "Well I can't be angry long, we burnt up in my bed"). They evoke the vague, hovering, formless anxiety that governs the current daily news cycle, but never marinate there – Vernon's aching-and-soaring voice, alone or in thickly harmonized multi-tracked arrays, manages to reassure and galvanize in the same instant. He hasn't always used it that way in the past. But he's using it that way now, to animate visionary, disarmingly beautiful and multi-dimensional songs we'll be puzzling over for a long while.