Accessibility links
Tariffs Delayed For Some Chinese Imports The Trump administration is postponing some tariffs on Chinese imports set to take effect on Sept.1. Tariffs on laptops, cellphones, some clothing and other items are now set to begin Dec. 15. 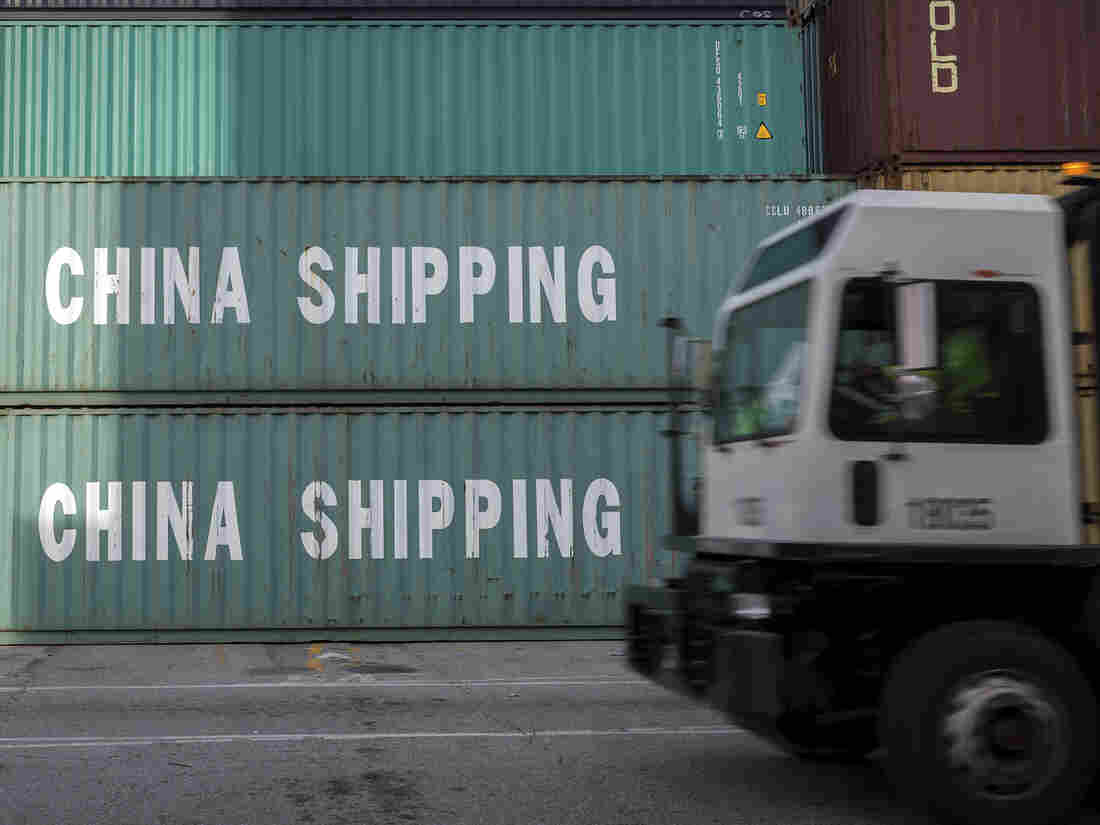 A truck passes a stack of China Shipping containers at the Port of Savannah in Georgia on July 5, 2018. The Trump administration is delaying some tariffs from taking effect until December. Stephen B. Morton/AP hide caption 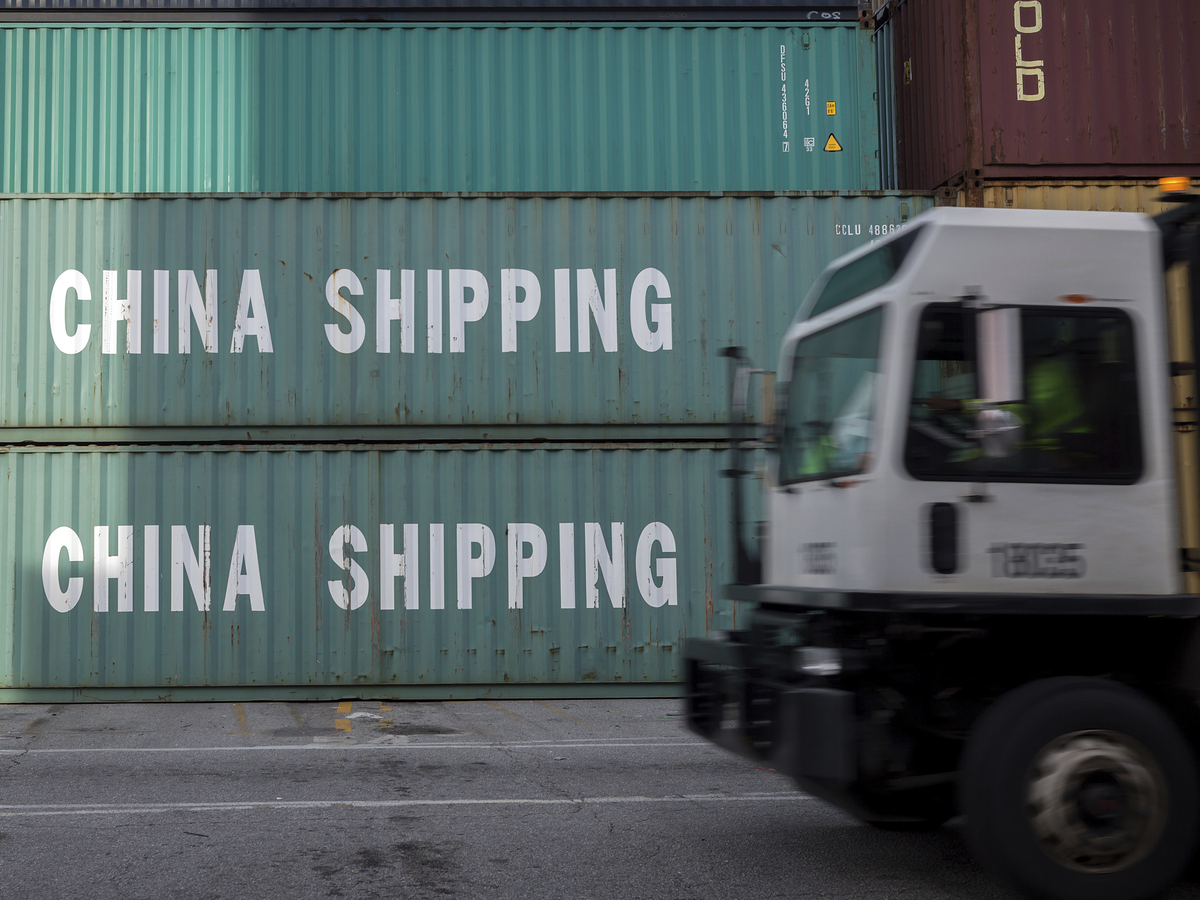 A truck passes a stack of China Shipping containers at the Port of Savannah in Georgia on July 5, 2018. The Trump administration is delaying some tariffs from taking effect until December.

The Trump administration is postponing some of its new tariffs on Chinese imports — a significant retreat in the trade war that has rattled financial markets on both sides of the Pacific.

The Office of the U.S. Trade Representative announced on Tuesday that 10% tariffs on certain popular consumer items — including cellphones, laptop computers, video game consoles, computer monitors and some toys, shoes and clothing — will be postponed until Dec. 15.

"What we've done is we've delayed it, so they they won't be relevant to the Christmas shopping season," President Trump told reporters.

The delays affect about $160 billion worth of imports, according to calculations by the advocacy group Tariffs Hurt the Heartland. Tariffs on another $112 billion worth of Chinese imports are still set to take effect on Sept. 1 as scheduled.

The administration also announced that certain products — an estimated $2 billion worth — will be permanently removed from the tariff target list for reasons of health, safety and national security.

Trump said the decision to delay some tariffs followed a telephone conversation with Chinese officials on Monday.

"We had a very good talk yesterday with China," Trump said. "Very, very productive call. I think they want to do something."

Frustrated with the slow pace of trade talks, Trump had ordered tariffs on an additional $300 billion worth of Chinese imports earlier this month. The move heightened trade tensions and triggered a sharp selloff on Wall Street.

Investors and retailers welcomed news of the tariff delay. The Dow Jones Industrial Average was up nearly 500 points in early trading.

"Clearly, the administration understands the importance of avoiding higher taxes on American families during the holiday season," said David French, senior vice president of the National Retail Federation. "Still, continued uncertainty for U.S. businesses and consumers is a drag on the economy. What we really need is an effective strategy to address China's unfair trade practices."