Accessibility links
Adult Victims Of Childhood Sex Abuse In New York Can Sue Alleged Abusers The one-year filing period, or look-back window, allows victims to bring cases that used to be beyond the state's statute of limitations that legislators overhauled this year. 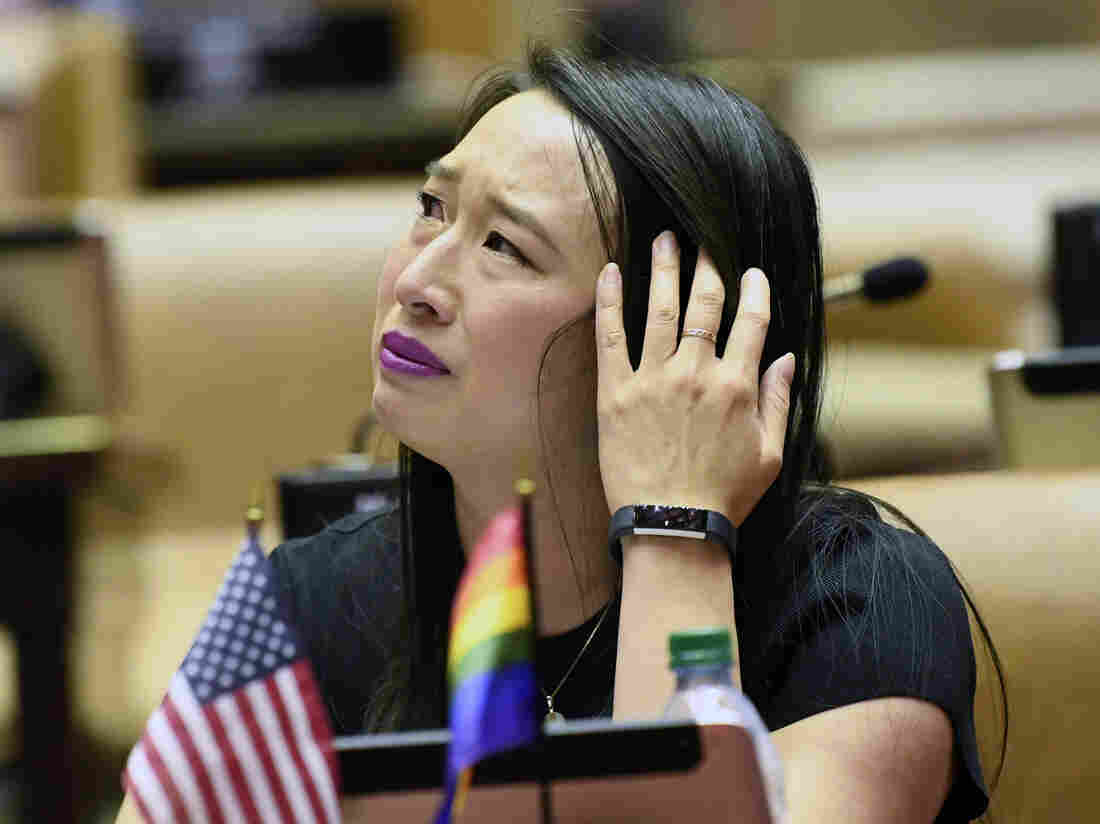 New York Assemblywoman Yuh-Line Niou talks about the sexual abuse she experienced as a child while explaining her vote for the Child Victims Act at the state Capitol in Albany on Jan. 28, 2019. Hans Pennink/AP hide caption 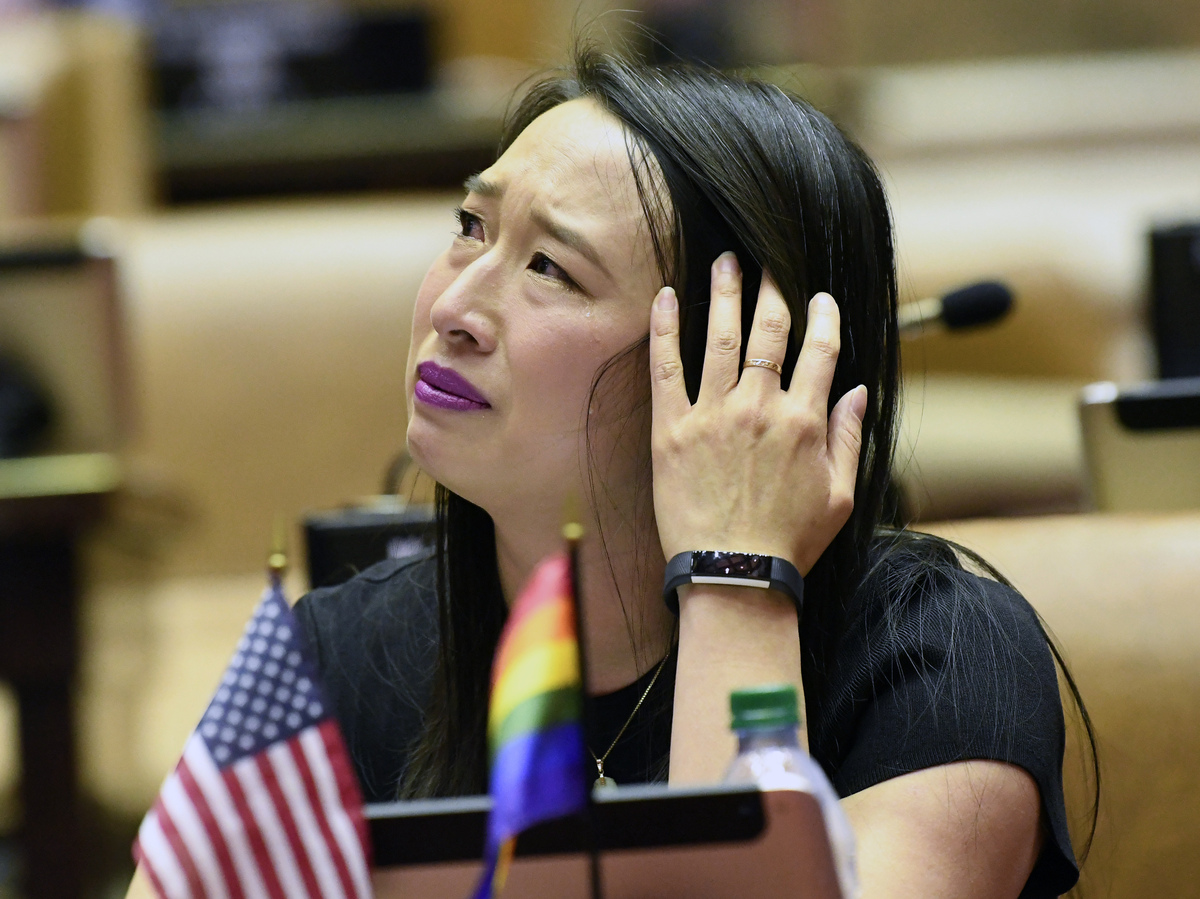 New York Assemblywoman Yuh-Line Niou talks about the sexual abuse she experienced as a child while explaining her vote for the Child Victims Act at the state Capitol in Albany on Jan. 28, 2019.

A new law that goes into effect Wednesday, gives adult victims of childhood sex abuse in New York one year to bring civil lawsuits against their alleged abusers and the institutions that may have allowed the abuse.

The one-year filing period is known as a "look-back window," and allows victims to bring cases that used to be beyond the state's statute of limitations that legislators overhauled this year. Manhattan Assemblymember Yuh-line Niou is one of the people who voted for the new law, touting it at a news conference on Tuesday.

"The passing of this legislation is telling survivors like myself that our stories matter to our government, and that we count in the eyes of the law," Niou said.

The law gives survivors more time to file civil and criminal cases going forward, and opens the look-back window for old cases. Most survivors in New York used to be cut off after they turned 23.

"A victim would get their courage up, they'd go to talk to a lawyer, and they would be told, 'Oh you're too late. You're not just too late, you're too late by 20 years,'" said Marci Hamilton, who is director of the advocacy group Child USA and a law professor at the University of Pennsylvania.

Critics of the look-back window say the cases may be based on faulty evidence or faded memories, but survivors say it's a chance to finally have their day in court. Jim Corcoran, 74, is one of hundreds of people suing Manhattan's Rockefeller University Hospital over alleged abuse by one of its doctors, Reginald Archibald, who worked there for roughly four decades and died in 2007. Corcoran said he wants the institution held accountable.

"This guy was a predator," Corcoran said. "It's a common sense thing. You're a fiduciary, you're supposed to be protecting these children."

Rockefeller Hospital has said it "profoundly apologizes" to any former patients who were harmed. This month, it sued its insurers to make sure they'd provide coverage for the lawsuits.

New York is not the first state to open this kind of filing period for victims. California had a one-year look-back window in 2003, which led to about a thousand cases and hundreds of millions of dollars in settlements. Since Minnesota closed its look-back window in 2016, multiple Catholic dioceses have filed for bankruptcy protection.

New York Courts are expecting to see hundreds, if not thousands, of lawsuits filed in the coming weeks and months.