Accessibility links
Dow Tumbles 800 Points As Bond Markets Signal Recession Some worry a trade war is hurting the global economy. The yield on the benchmark 10-year Treasury note fell below that for two-year Treasurys — a phenomenon that strongly predicts a recession. 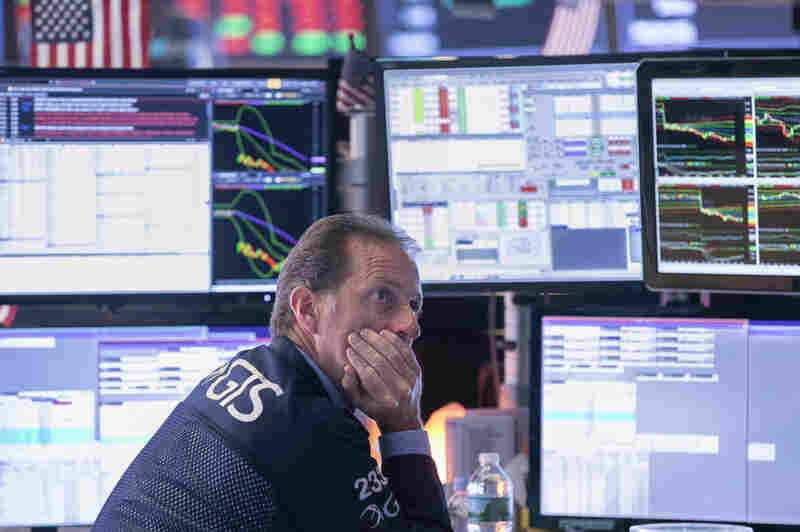 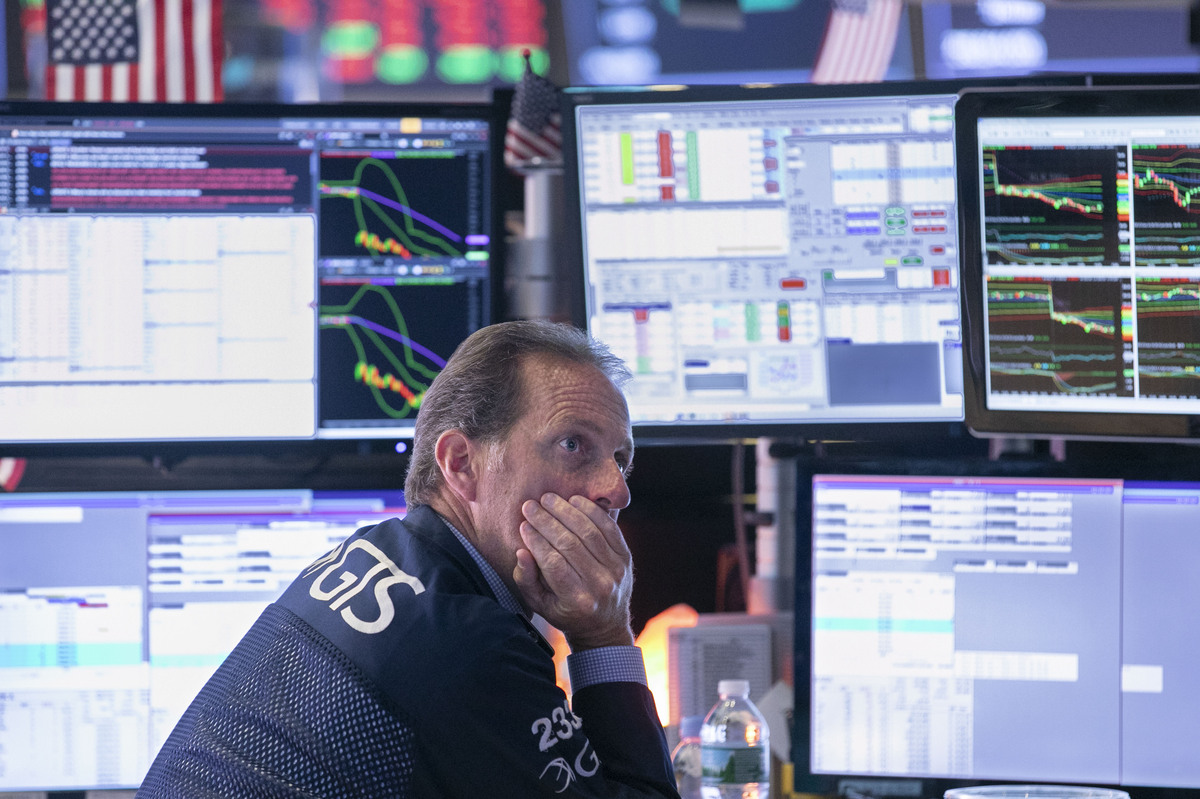 Stocks fell sharply on Wednesday amid troubling economic data that could signal a global recession.

Stocks plunged Wednesday on deepening worries over a slowdown in the global economy.

The Dow closed down 800 points, or about 3%. Investors have been whipsawed in recent days by mixed signals emerging from the Trump administration about tariffs and the escalating trade war with China.

The jitters were exacerbated amid worrisome economic data from two big countries. Germany posted negative growth in the latest quarter, and China's growth in industrial output fell to a 17-year low.

An even bigger worry: The yield on the benchmark 10-year Treasury note fell below 2-year Treasurys for the first time since 2007. In other words, you would get a higher interest rate for government debt that matures in two years than in 10 years.

Such an inversion in yields has a strong track record of predicting a recession, especially the longer it continues. Each of the last seven recessions, dating to 1969, was preceded by the 10-year falling below the two-year.

Chris Zaccarelli, chief investment officer for Independent Advisor Alliance, commented on Wednesday's bond market turmoil: "The periods when the yield curve inverts are when markets believe we are headed into a recession and either inflation will be lower and/or the Federal Reserve will be forced to lower short term interest rates."

On Tuesday, the Trump administration said it was postponing some of its new tariffs on Chinese imports. The Office of the U.S. Trade Representative announced that 10% tariffs on certain popular consumer items — including cellphones, laptop computers, video game consoles, computer monitors and some toys, shoes and clothing — will be postponed until Dec. 15.

"What we've done is we've delayed it, so that they won't be relevant to the Christmas shopping season," President Trump told reporters.

The delays affect about $160 billion worth of imports, according to calculations by the advocacy group Tariffs Hurt the Heartland. Tariffs on an additional $112 billion worth of Chinese imports are still set to take effect on Sept. 1 as scheduled.